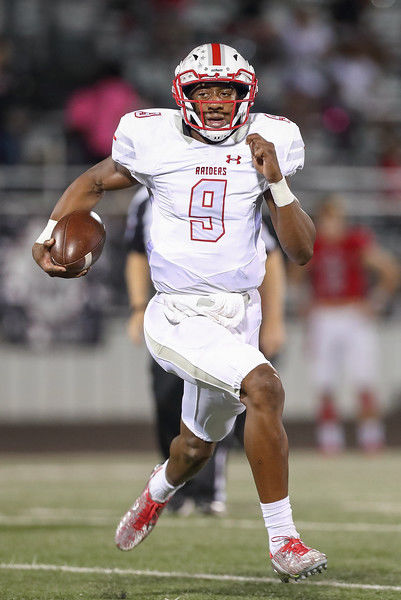 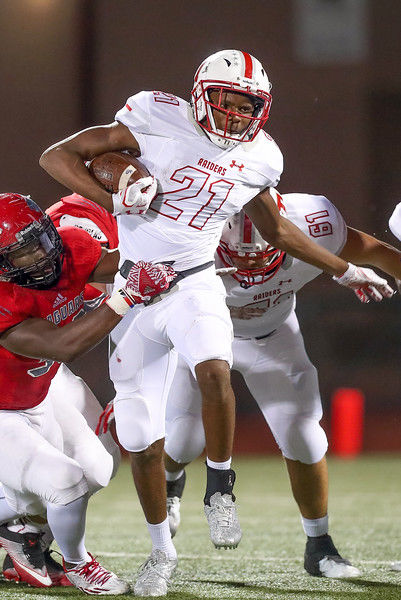 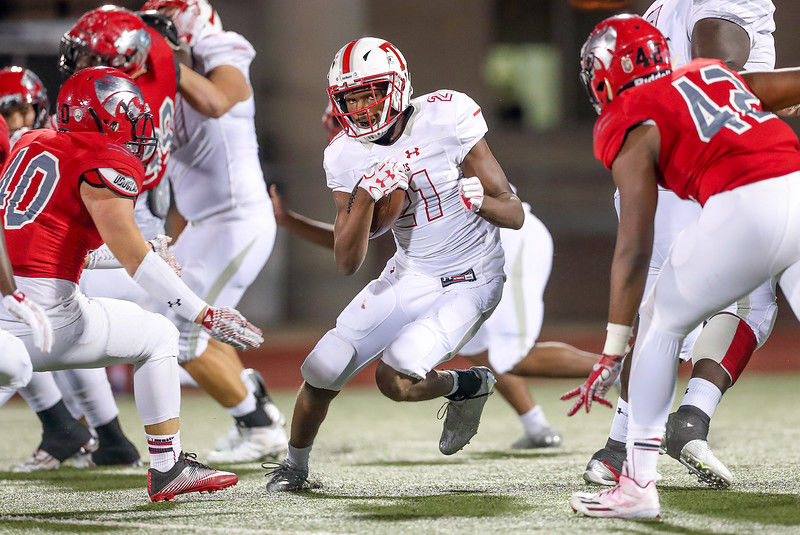 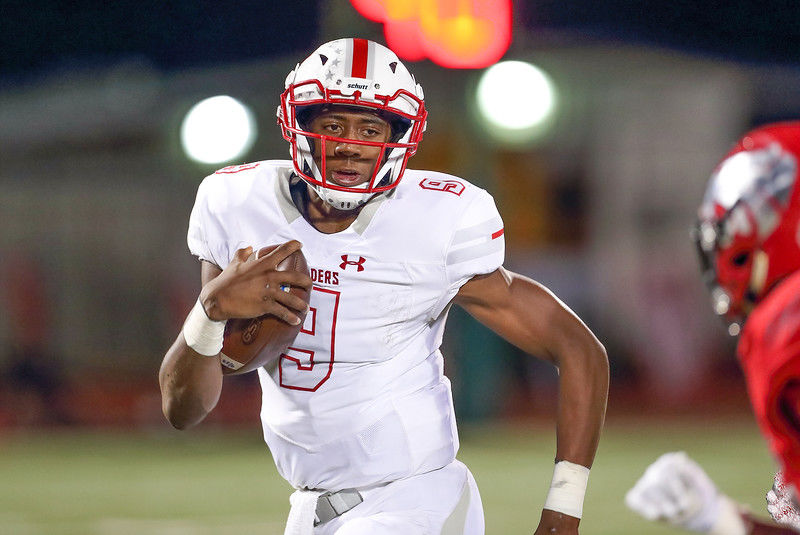 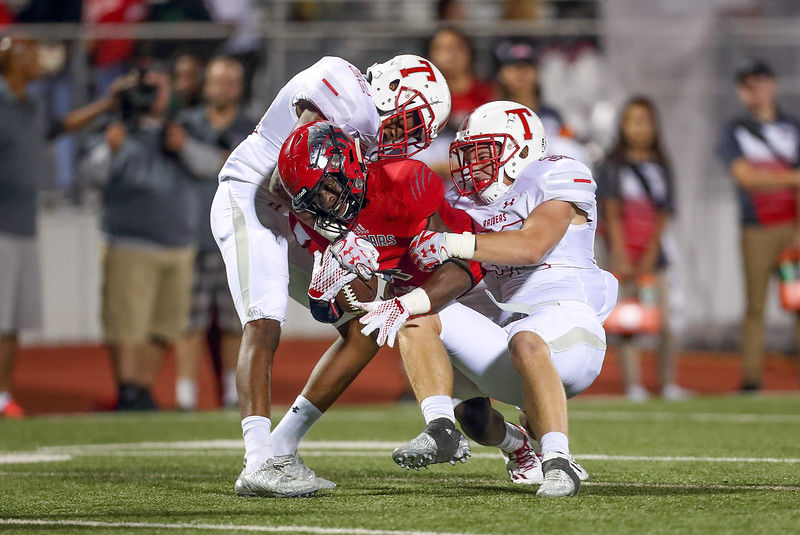 MESQUITE – Robert E. Lee enjoyed a strong opening quarter and took a 21-14 lead over Mesquite Horn early in the second.

Then the bottom dropped out.

Mesquite Horn scored touchdowns on its next six straight possessions going into the second half to overwhelm the Red Raiders 63-35 Friday at E.H. Hanby Stadium.

Lee junior quarterback Chance Amie rushed for 80 yards and two touchdowns with sophomore tailback LaDarius Wickware rushing for 154 yards and a score as the Red Raiders finished with 342 on the ground.

The Red Raiders were looking to snap a three-game losing skid and came out with a purpose in the first quarter, taking the ball on their opening possession and driving 64 yards in 12 plays. Lee converted three third downs with Jordan Printers finally putting the finishing touches on it with a 1-yard blast. Leonel Coreas' PAT made it 7-0 with 8:37 left in the first quarter.

Lee's defense than forced a three-and-out with Horn quick-kicking on fourth and short to pin REL back at its own 10. The Red Raiders converted one third down but then punted back to Horn at the Jaguars 43.

Lee responded in kind with Wickware breaking loose for 27 yards on first down followed by a 32-yard touchdown run by Amie. On the run, Amie went to the right, before reversing field all the way back to the left and racing away from everyone. Coreas gave REL a 14-7 lead with 4:27 left in the first quarter.

Horn used two REL penalties to move down the field with Robison connecting with Emerson for a 15-yard touchdown to the tie game back up.

REL, undeterred, drove 84 yards in 14 plays. The Red Raiders converted three third downs on this drive as well before Wickware punctuated it with a 10-yard scoring run to help give REL a 21-14 lead with 10:39 remaining in the half.

The remaining featured three-straight touchdown drives by Horn with REL not gaining another first down until a penalty with four seconds remaining. It gave Lee an untimed down, but Amie's pass in the end zone from the Horn 19 fell incomplete to make the score 35-21 at halftime.

The Jaguars were receiving the ball first to start the second half, so it was imperative for Lee to keep Horn out of the end zone.

The third quarter featured three Horn touchdown drives interspersed with two Lee three-and-outs on offense. The first because of a sack and the second because dropped pass that could've been a touchdown.

When the Red Raiders moved the chains for the first time in the second half on a 31-yard run with under 1:48 left in the third quarter, Lee's deficit had grown to 56-21.

Lee went scored on its next two possessions with Amie taking it himself from a yard out and Donerick McCray finding pay-dirt on a 32-yard run.

The Red Raiders return to the fray on Oct. 14 against Mesquite back at E.H. Hanby Stadium.