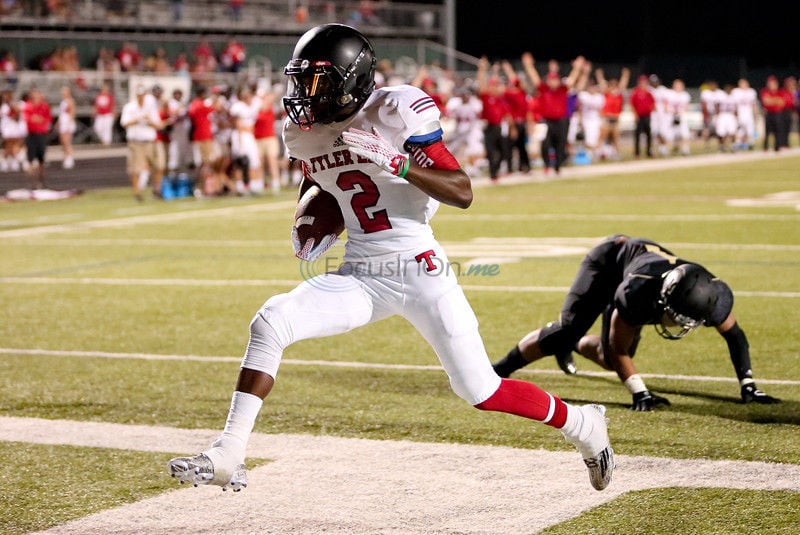 Robert E. Lee's Tyrec Grayson (2) dances into the end-zone against Fossil Ridge in the season opener for the Red Raiders, in Keller, TX. ( Lang White / Correspondent ) 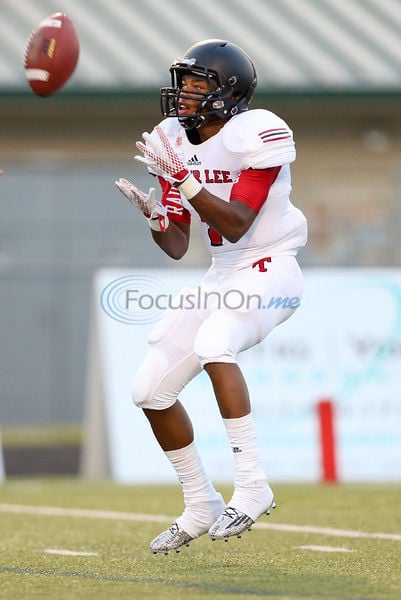 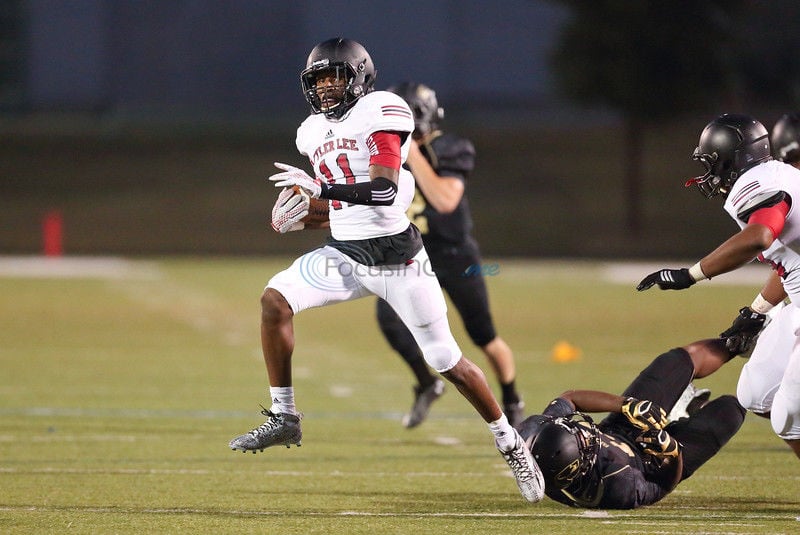 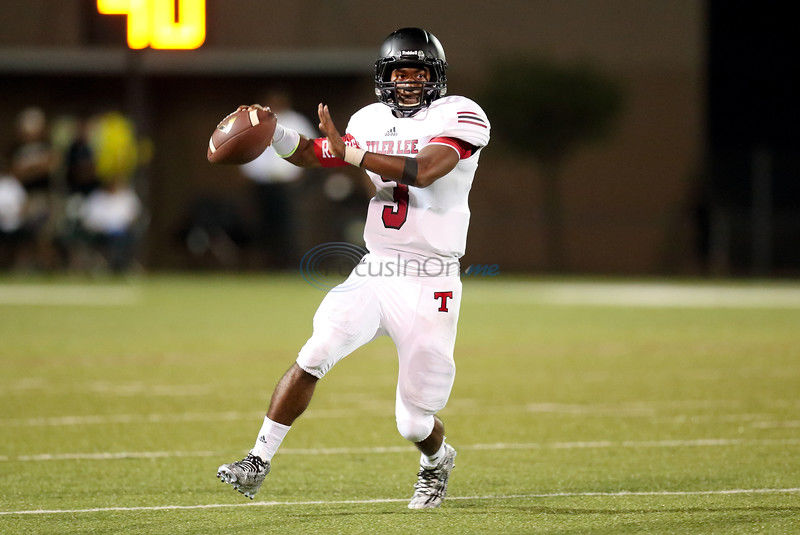 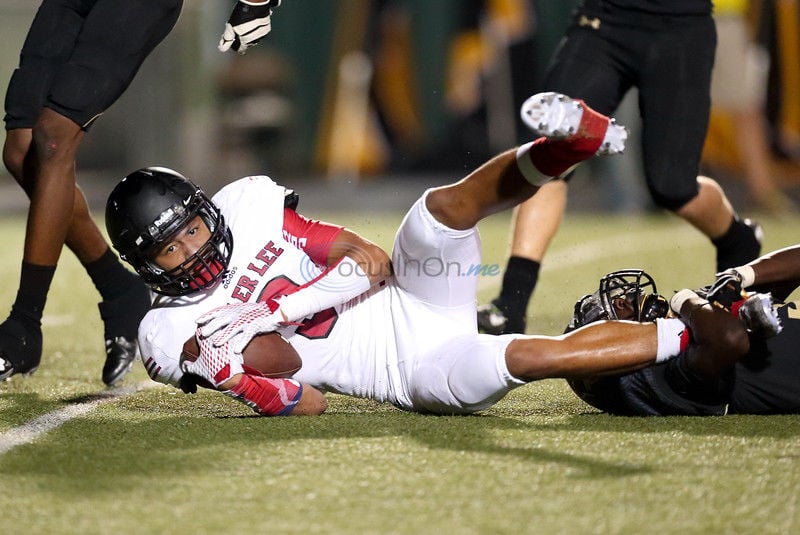 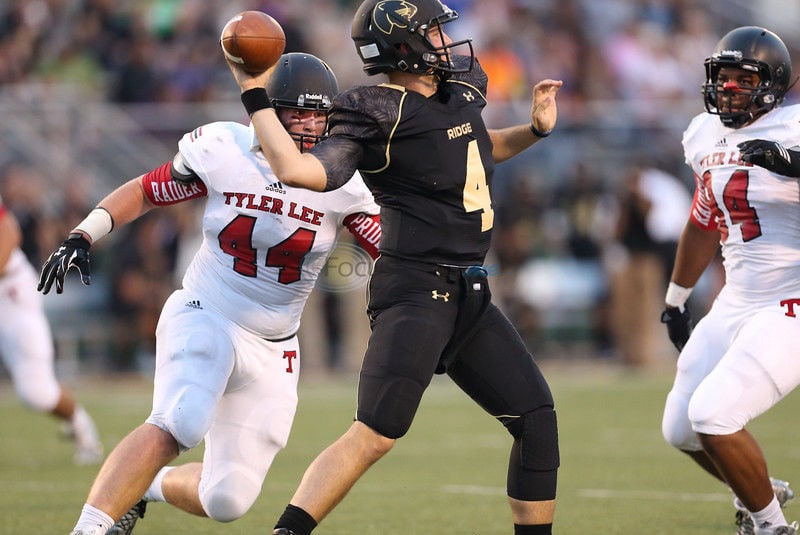 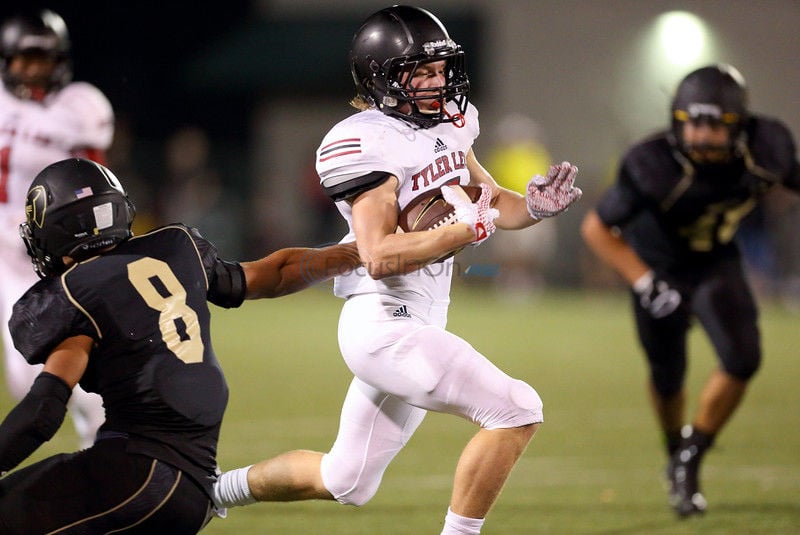 Robert E. Lee's Mason Parker (7) gets yards after the catch against Fossil Ridge in the season opener for the Red Raiders, in Keller, TX. ( Lang White / Correspondent )

Robert E. Lee's Tyrec Grayson (2) dances into the end-zone against Fossil Ridge in the season opener for the Red Raiders, in Keller, TX. ( Lang White / Correspondent )

Robert E. Lee's Mason Parker (7) gets yards after the catch against Fossil Ridge in the season opener for the Red Raiders, in Keller, TX. ( Lang White / Correspondent )

Robert E. Lee aims to win its home opener over Lufkin for the second time in three years.

But to do that, coach Darrell Piske said his team must play better than last week.

Red Raiders quarterback Zach Hall battled through the aftereffects of food poisoning to pass for 179 yards and a score in a 59-35 loss, but was held to 27 yards rushing in his first game after averaging 137 per game last season.

"Everyone was concerned because Zach wasn't himself and he had to have an IV and all of that, but Zach doesn't play defense," Piske said. "We have to play better defense. We are not going to shut people out, but we've just got to get enough stops to where we can score enough points to win. That's what we've addressed on defense and we've been tenacious on it and we're going to get it fixed."

The Red Raiders now host a Panthers team still stinging from a 21-20 loss last week at Longview in which Lufkin's would-be game-tying extra point was blocked in the final minute.

Lufkin quarterback Kordell Rogers threw two interceptions and although the Panthers forced four fumbles from Longview, the Lobos were able to recover all of them.

REL gave up an 84-yard punt return for a touchdown last week and was victimized by Lufkin last year in this game by kick returns. REL allowed 200 total yards in returns, highlighted by an 80-yard kickoff return touchdown by Keke Coutee in a 43-19 loss.

Coutee has graduated, but Lufkin's special teams dominance remains as evidenced by last week at Longview when sophomore Savon Fields returned a punt 92 yards for a score.

Lee also muffed a critical kickoff in the second half, which in a sense gave Fossil Ridge three straight possessions and led to a 21-point deficit after the score had been tied at 28-28 late in the first half.

REL did not force the turnover needed to turn the tide with the defense producing nine negative- yardage plays, but giving up 8 of 14 on third down conversions. The biggest of those was a third-and-23.

"Mentally our kids let down … and that part bothered me," Piske said. "I felt like once those bad things happened, we continued in our mind to feel like we were defeated when we really had a quarter and half left to play (to turn it around)."

The Red Raiders won over Lufkin in 2013, snapping a 10-year losing drought to the Panthers.

Piske said REL has a chance to make it two in a row at home against Lufkin.

"We are going to have to play really well, but we need to; we need to look a lot better than we did last week," Piske said. "They are a lot faster and a lot bigger than Fossil Ridge. If we play a great football game then we will be in the game at the end."

Quick Slant: Both teams' season openers did not go as planned. While Lufkin's offense sputtered in a 21-20 loss to Longview, REL's defense surrendered 518 yards in a 59-35 loss at Fossil Ridge. One area that was dominant for both was on the ground. Lufkin's Jackson carried 17 times for 159 yards and a 38-yard TD, with Lee's Wesley rushing 15 times for 127 yards and three TDs. All told, Lufkin rushed for 191 yards against the Lobos, but also gave up 272 yards on the ground in its loss. Lee allowed 262 rushing and 256 passing. This game last year turned on special teams touchdowns from Lufkin. The Panthers got a 92-yard punt return for a TD from Savon Fields in their loss last week, while REL gave up an 84-yard punt return TD to Fossil Ridge. Lee had two long punt returns nullified by penalties.

Quotable: "They made a mistake at the end getting their extra-point blocked, but they are Lufkin - they're well-coached, athletic, big, fast. We are going to have to play really well. If we play a great football game then we will be in the game at the end."