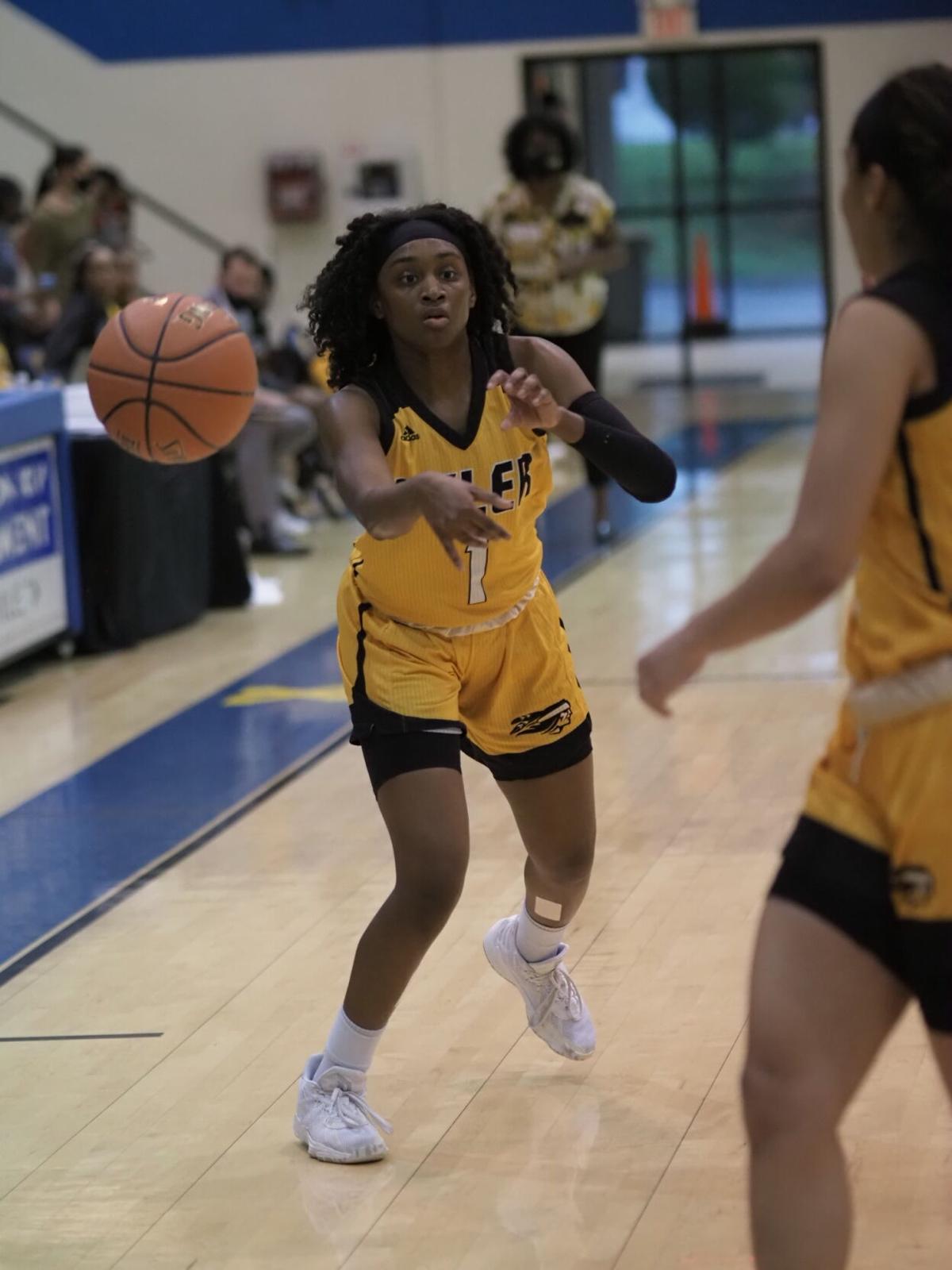 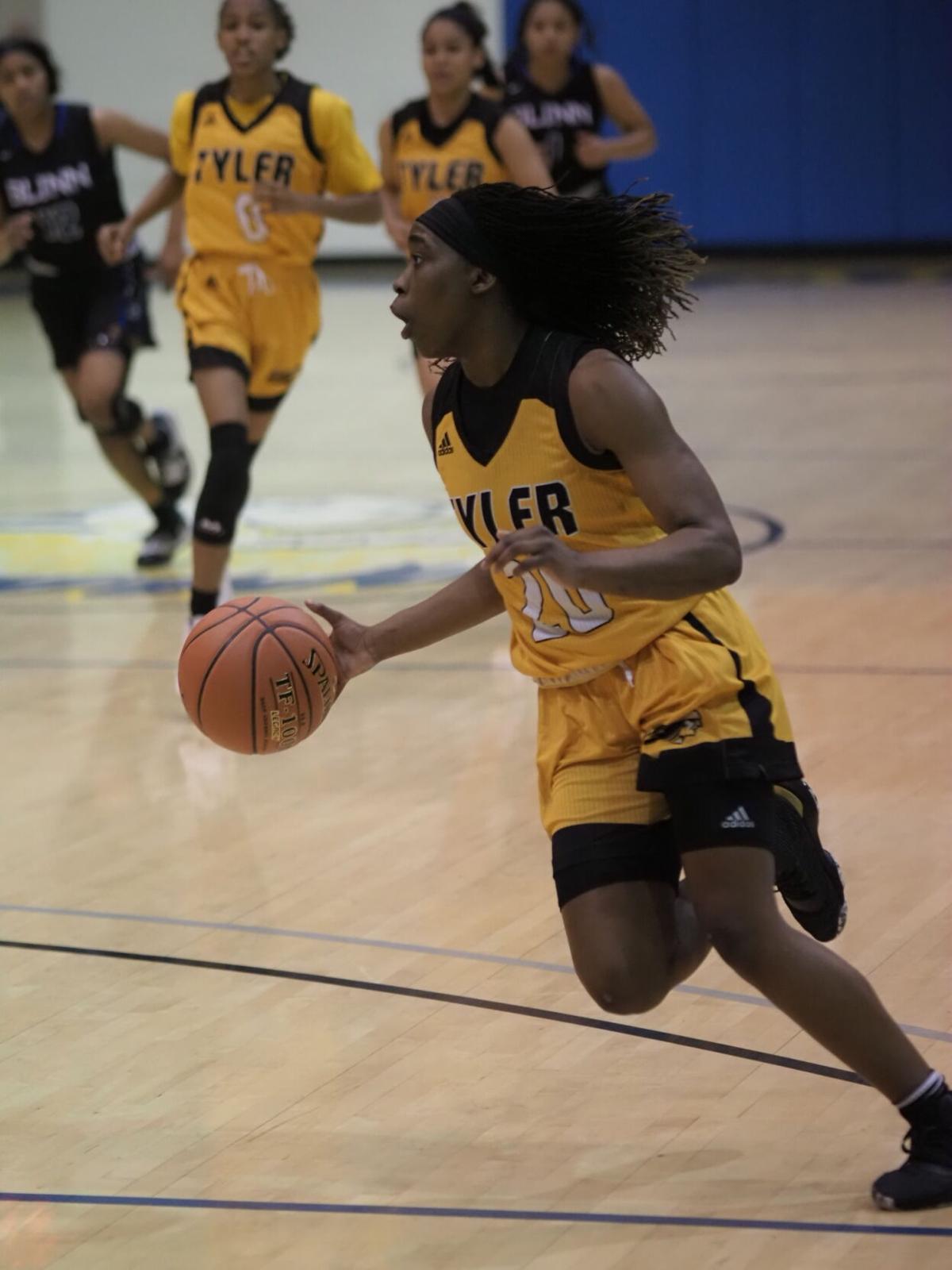 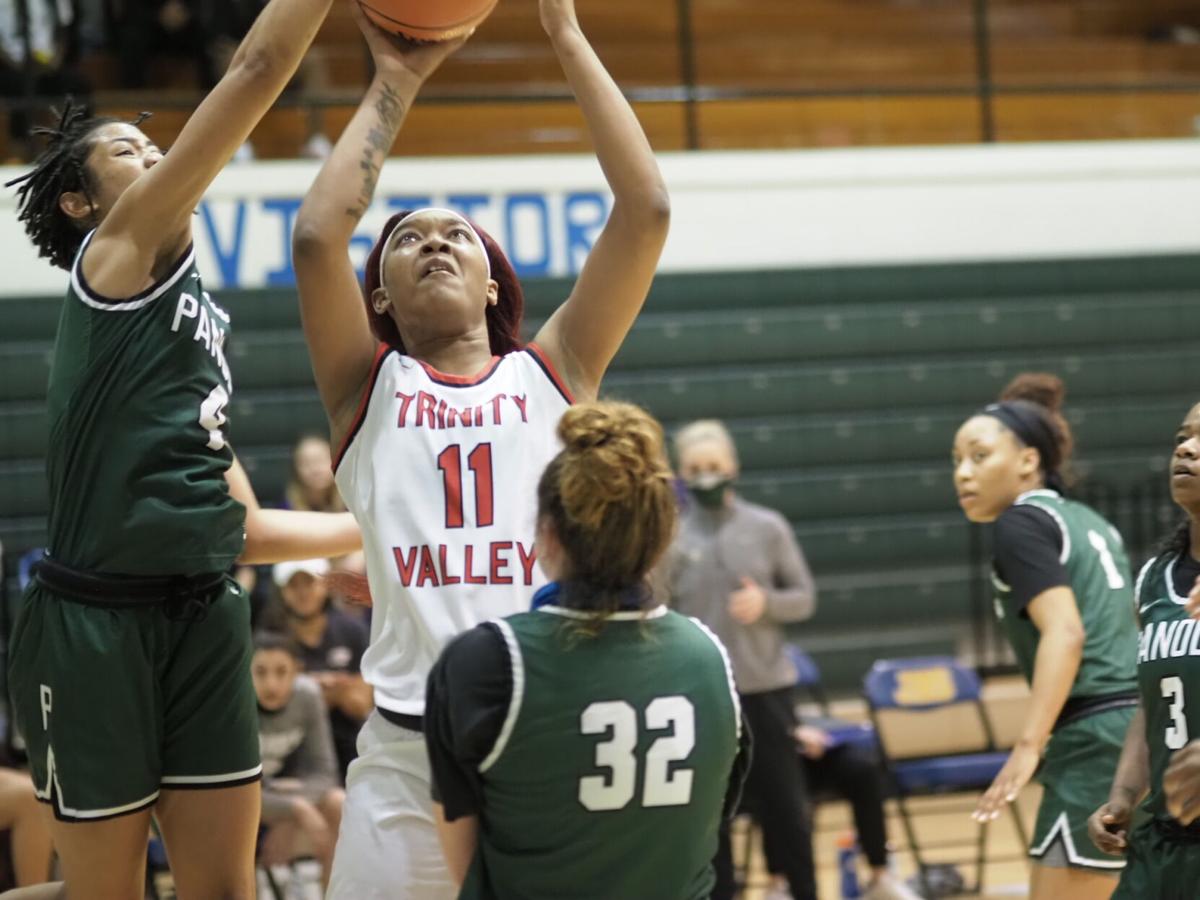 JACKSONVILLE — After two close games with Blinn during the regular season, the Apache Ladies made sure the third was not.

No. 11 Tyler Junior College used a big third quarter and forced the Lady Buccaneers into 21 turnovers en route to an 83-68 victory in the Region XIV Women’s Basketball Tournament semifinal on Friday at John Alexander Gymnasium.

Tyler (20-3) will tangle with No. 4 Trinity Valley (18-2) in the regional championship at 4 p.m. Saturday. The winner receives an automatic bid to the NJCAA National Tournament in Lubbock, scheduled for April 19-24 at the Rip Griffin Center on the campus of Lubbock Christian University. It is likely the runner-up will receive an at-large bid.

“We knew we had to guard the perimeter,” TJC coach Trenia Tillis Hoard said. “We were going to allow some twos to guard against the three because when Blinn hits a three it energizes their team and bench.”

Blinn hit 7 of 13 3-point attempts, but were far short of average of 27 trey tries a game by the Lady Bucs.

Taryn Wills led the Apache Ladies with 22 points. She was followed by Veonce Powell (18), Nala Hemingway (15) and Nadechka Laccen (12).

Deborah Ogayemi led on the boards with 13 rebounds with Hemingway and Clara Rotich grabbing seven apiece.

Laccen had three steals with two each by Wills, Hemingway and Ogayemi.

Hailey Atwood (18 points) and Keaundra Eddings (16) led the Lady Bucs. Jessica Soders had a double-double with 12 points and 13 rebounds. Deja Adrian had nine points and nine rebounds. Others scoring for Blinn were Telisah Brown (9), Alex Bowman (3) and Briauna Johnson (1).

Blinn is 18-6 and must wait to see if the squad gets an at-large bid.

No. 1 seed Trinity Valley outscored Panola, 19-5, in the fourth quarter to register a 64-41 victory over No. 4 Panola in a Region XIV Women’s Basketball Tournament semifinal.

The Lady Cardinals, who have won or shared 28 of 30 regular season conference championships, held the Fillies to 27% shooting overall and 11% from 3-point. Also, TVCC out-rebounded PC 46-27.