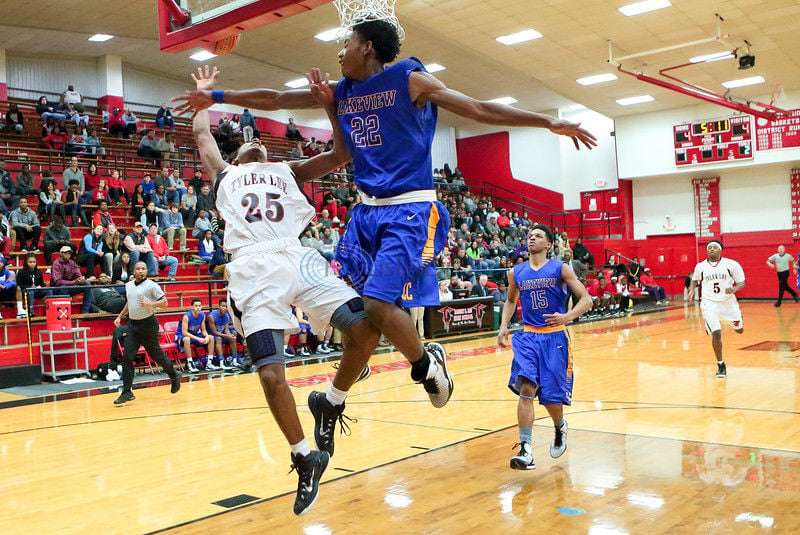 Robert E. Lee's Jordan Berry (25) has his shot blocked by Lakeview's Markel Johnson (22) during the first half of Friday's game. (Lang White | Correspondent) 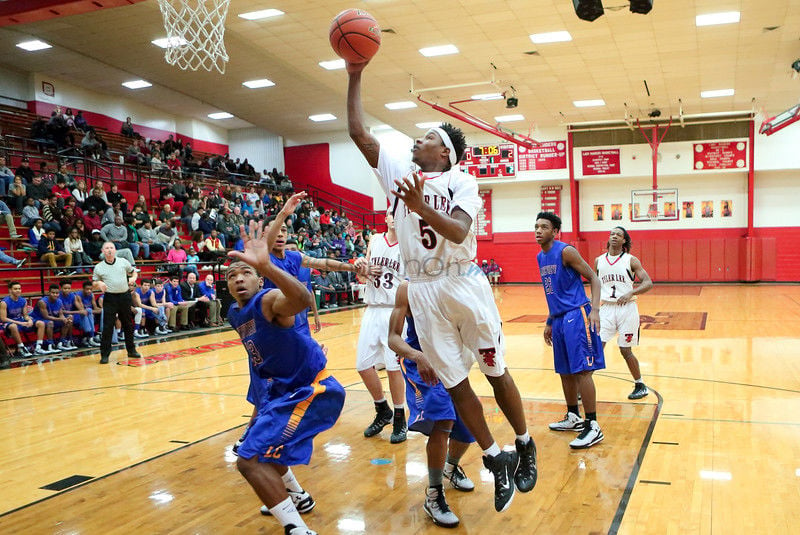 REL's Isjuwan Barker(5) makes a nice move to score against Lakeview Centenial in the first half of Friday's game at Lee Varsity Gymnasium. (Lang White | Correspondent) 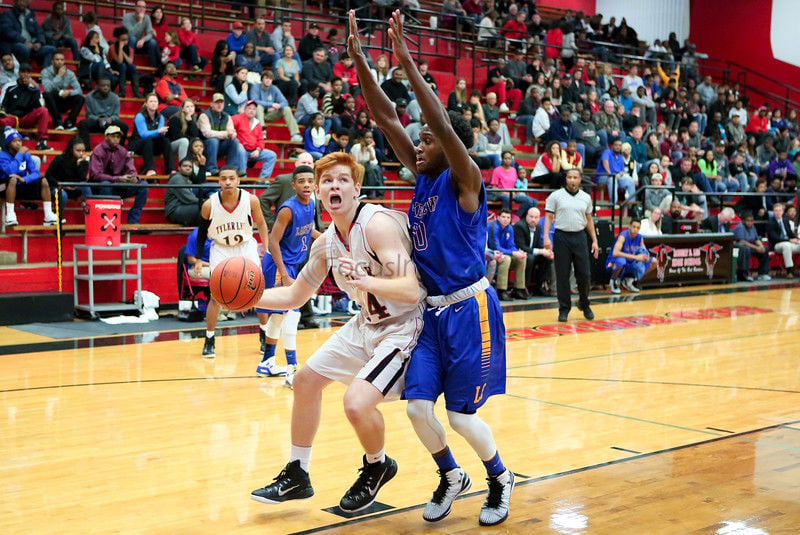 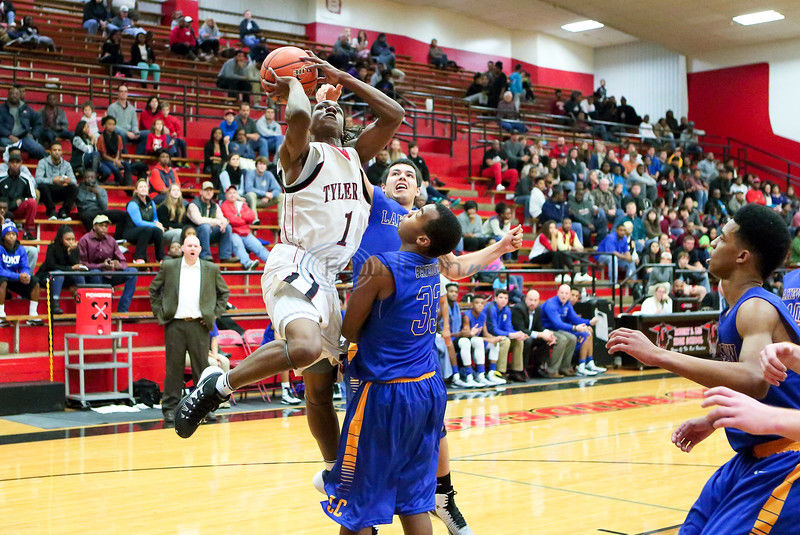 Robert E. Lee's Jordan Berry (25) has his shot blocked by Lakeview's Markel Johnson (22) during the first half of Friday's game. (Lang White | Correspondent)

REL's Isjuwan Barker(5) makes a nice move to score against Lakeview Centenial in the first half of Friday's game at Lee Varsity Gymnasium. (Lang White | Correspondent)

Robert E. Lee won the game's opening tip only for Garland Lakeview Centennial's Barrington Hunter to beat the Red Raiders to the ball and end it with a layup.

That was a precursor of the rest of the evening.

Lakeview Centennial had 15 steals, drained five first-half treys and outrebounded the Red Raiders by 17 overall in a commanding 63-42 victory over Lee in both teams' District 11-6A opener at Lee Varsity Gym.

The Red Raiders (10-4, 0-1) had entered the contest on a five-game win streak but missed their first 12 3-point attempts and were outscored 8-0 at the end of the first period and 11-0 to begin the fourth.

The top things Coleman pointed to REL's downfall were poor execution on offense and being outworked on the glass.

"We have to come together and play as a unit on both ends of the floor and we are not doing that," Coleman said. "We are not rebounding the basketball. There is no telling how many second-shot opportunities they had. We are waiting on someone else to do it and we are not getting the job done."

Lee led 9-6 on a basket from Major and answered back-to-back treys from Johnson and Ross with a bucket by Barker to cut its deficit to 12-11 with 2:31 remaining in the first period.

Lakeview Centennial pressed full court from the opening whistle and it began to pay dividends late in the first period as the Patriots finished with an 8-0 run.

The Red Raiders pulled to within six early in the second, but Johnson scored eight and Hunter added a couple baskets to give the visitors a 34-22 lead at the break.

Lakeview Centennial outrebounded Lee 19-11 in the first half and it got worse in third period, with the Patriots turning second-shot opportunities into points as part of a 16-4 run.

"We gave all our energy guarding and we took too many quick shots and they killed us on the defensive end of the floor," Coleman said.

Coleman moved Major to post and it immediately paid dividends as the senior scored on three straight possessions to help Lee cut its deficit to 42-35 entering the fourth quarter.

"Rico was the only reason we were in the game," Coleman said. "He was fighting for every rebound and we just did not (help him)."

Lakeview Centennial began the fourth with an 11-0 run, prompting Coleman to pull his starters.

Lee will try to make amends on Tuesday on the road at Garland.

GARLAND — Robert E. Lee's 3-pointer at the buzzer did not go, denying the Lady Raiders a chance to knock off Garland Lakeview Centennial on Friday in their District 11-6A road contest.

"The girls played really hard and played as a team," Boyles said.

Jakayla Bowie had 10 points for REL, with Tree Brooks chipping in eight.