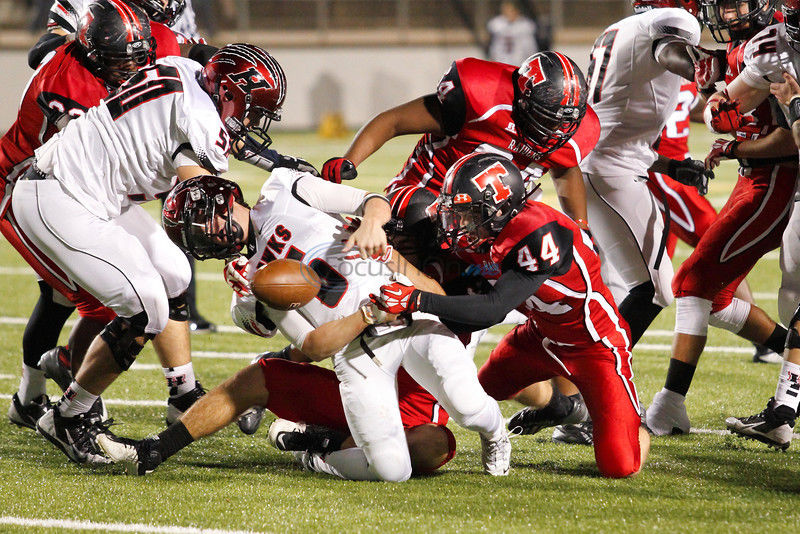 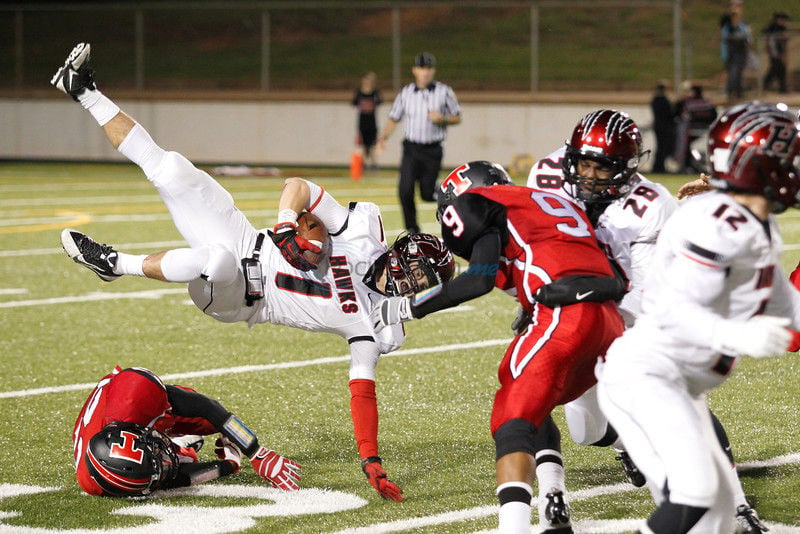 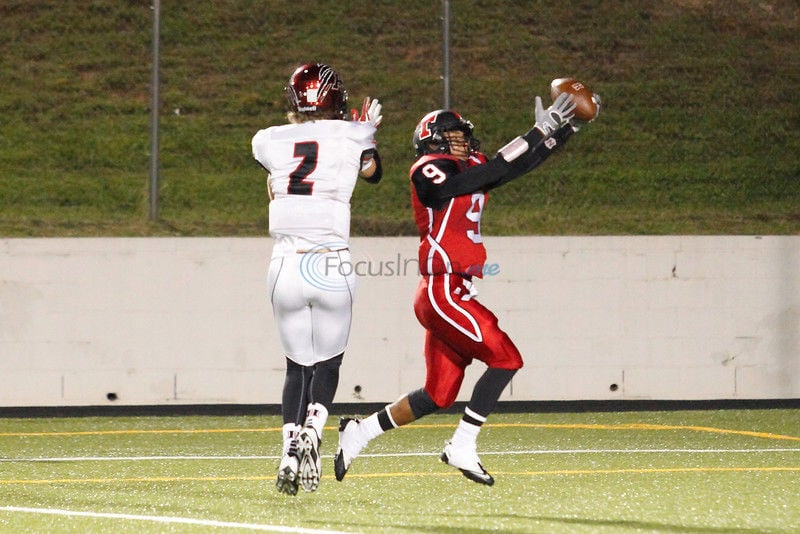 The defenses were on display Friday at Trinity Mother Frances Rose Stadium with Robert E. Lee and Rockwall-Heath combining to force five turnovers and hold both offenses to under 260 yards.

Unfortunately for the Red Raiders, one of Rockwall-Heath's turnovers was an interception returned for a 55-yard touchdown.

Heath quarterback R.J. Williams did the rest. Williams finished with 127 yards and two touchdowns in a 21-7 Heath win over Lee.

The four wins are the most a Lee team has achieved since 2009.

REL coach Darrell Piske, who just completed his second season, said the seniors have begun something that will continue on next year.

"They've hung in there and helped us make some improvements this year and hopefully taught the younger guys something about just hanging in and trying to get better," Piske said.

Senior Bryce Wilkerson finished with five catches for 44 yards to lead the receiving corps with Tavon Wesley rushing for 47 yards on 13 attempts.

It was Senior Night for the Red Raiders and many of them made plays with Etim Asangansi blocking a field goal, Marquiston Williams intercepting a pass and recovering a fumble, Triston Taylor recording a sack and Amier Wilson blasting the Heath quarterback to cause a fumble.

But all of those occurred on defense and that was the problem.

The Red Raiders took the opening drive of the game 68 yards and capped it off with a 1-yard touchdown from junior Kyjuan Johnson.

Lee had 109 yards of offense the rest of the game.

But despite Lee going three-and-out on five of its next seven drives, the Hawks were equally stonewalled.

"Our defense really played a great game," Piske said. "We had turnovers and our offense didn't take advantage of them. Really, you've got to score points. Seven points is not enough to win."

Lee did not record a first down in the second half until the 5:59 mark of the fourth quarter.

Heath used its second interception to eventually add to its lead on a scoring run by R.J. Johnson.

The Red Raiders achieved a first down with 5:59 and then ran a fake on fourth down with Trevor Carr connecting with Wilkerson for a 20-yard gain.

A touchdown late would've provide a grandstand finish, but Heath's third interception, this one coming on a half-back pass all, but ended the contest.

On the first drive of the game, the Red Raiders decided to challenge Heath's top-ranked district defense by running it right at the Hawks.

Wesley's number was called eight times and he obliged with 41 rushing yards. In between, Hall hooked up with Marquiston Williams on a 14-yard strike.

All of this led to a 1-yard scoring run up the middle by Johnson. The drive drained half of the first quarter.

Rockwall's answer drained the rest of the first frame and ended with an 8-yard touchdown keeper by R.J. Williams.

The score stayed 7-7 as both defenses asserted themselves. Lee had consecutive 3-and-outs with Heath stopped by penalties and a sack on third down from Gray Calhoun.

This gave REL the ball with a chance to go in front at halftime. Instead, the first turnover gave Heath a 14-7 lead. On first and-10 from the Lee 48, Heath middle linebacker Duell Ewing spied Hall and was lying in wait to intercept his pass and return it 55 yards the other way.

The Red Raiders moved to midfield in the closing seconds, but Raleigh Poster's pass was incomplete leaving the Hawks with a 14-7 lead at the break.