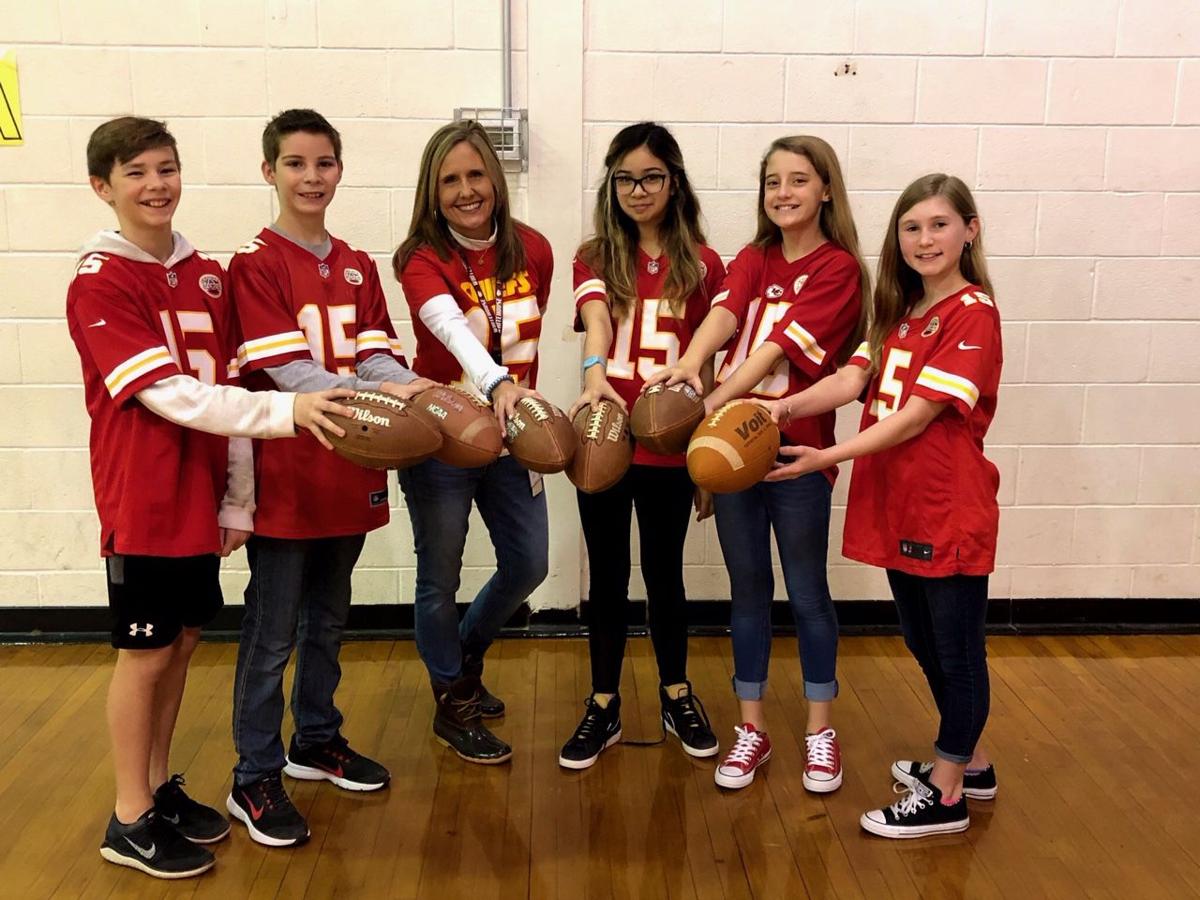 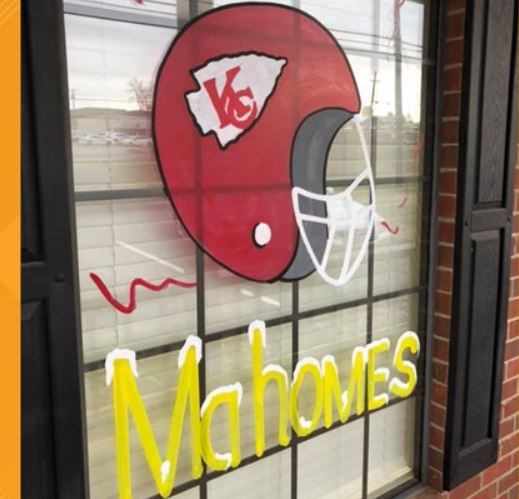 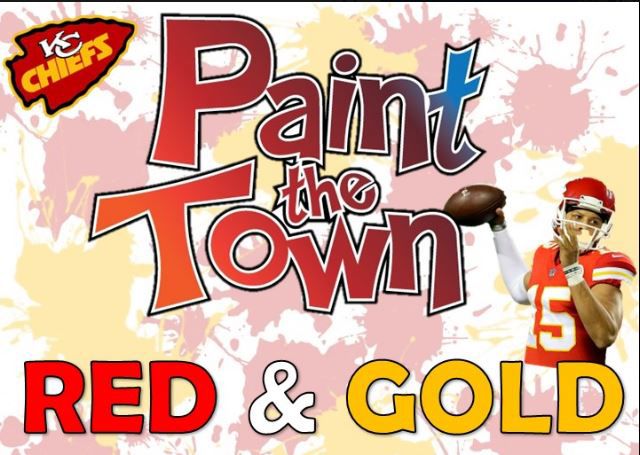 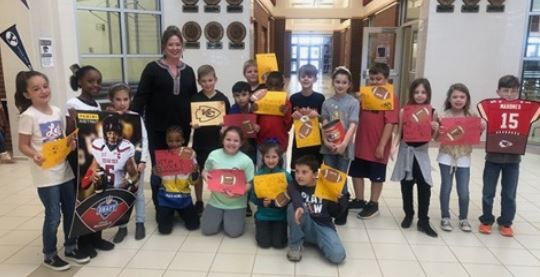 Jill Herrington, aunt of Whitehouse native and Kansas City Chiefs quarterback Patrick Mahomes, and her Stanton-Smith Elementary School students show their support for their native son. The Whitehouse ISD and the city of Whitehouse will celebrate Red & Gold Day 2020 on Friday.

Jill Herrington, aunt of Whitehouse native and Kansas City Chiefs quarterback Patrick Mahomes, and her Stanton-Smith Elementary School students show their support for their native son. The Whitehouse ISD and the city of Whitehouse will celebrate Red & Gold Day 2020 on Friday.

WHITEHOUSE — Normally the Whitehouse community is draped in maroon and white for their beloved Wildcats, but on Friday the school district and city are turning Red & Gold in support of native son Patrick Mahomes, quarterback of the Kansas City Chiefs.

Mahomes, a 2014 Whitehouse High School graduate, has his Chiefs in the AFC championship game for the second consecutive year and his hometown is showing their support with “Chiefs Day” and “Red & Gold Day.”

“Join us in supporting Patrick and the Chiefs by wearing KC colors this Friday, January 17th!! Let’s go!!” The Whitehouse Independent School District wrote on Facebook. “We’re so proud of 2014 Whitehouse graduate, Patrick Mahomes II and his team!”

The Whitehouse Area Chamber of Commerce is also getting involved, urging businesses to paint the town red and gold.

“In support of Whitehouse Native Patrick Mahomes, Jr. we would love to have businesses join us in painting/decorating their business and wear your CHIEF shirts/jerseys,” the chamber wrote on Facebook.

The Chiefs play the Tennessee Titans on Sunday at Arrowhead Stadium in Kansas City, Missouri, with a berth in Super Bowl LIV on the line. Kickoff is slated for 2:05 p.m.

Local CBS19 will broadcast the game on TV, while The Team (92.1-FM, Tyler-Longview) will have the game on the radio.

Last year, the students, teachers and area businesses went all out in supporting Mahomes and the Chiefs in the AFC championship game against the New England Patriots. Although the Patriots won in overtime, Whitehouse, as well as the Kansas City area, feels this is the year for KC to win and get back to the big game for the first time in 50 years.

Now, Mahomes, the 2018 NFL Most Valuable Player, has his sights on being in Florida in two weeks. The Chiefs-Titans winner will face either the Green Bay Packers or the San Francisco 49ers in Super Bowl LIV on Feb. 2 in Miami Gardens, Florida. Kickoff is scheduled for 5:30 p.m. at Hard Rock Stadium.