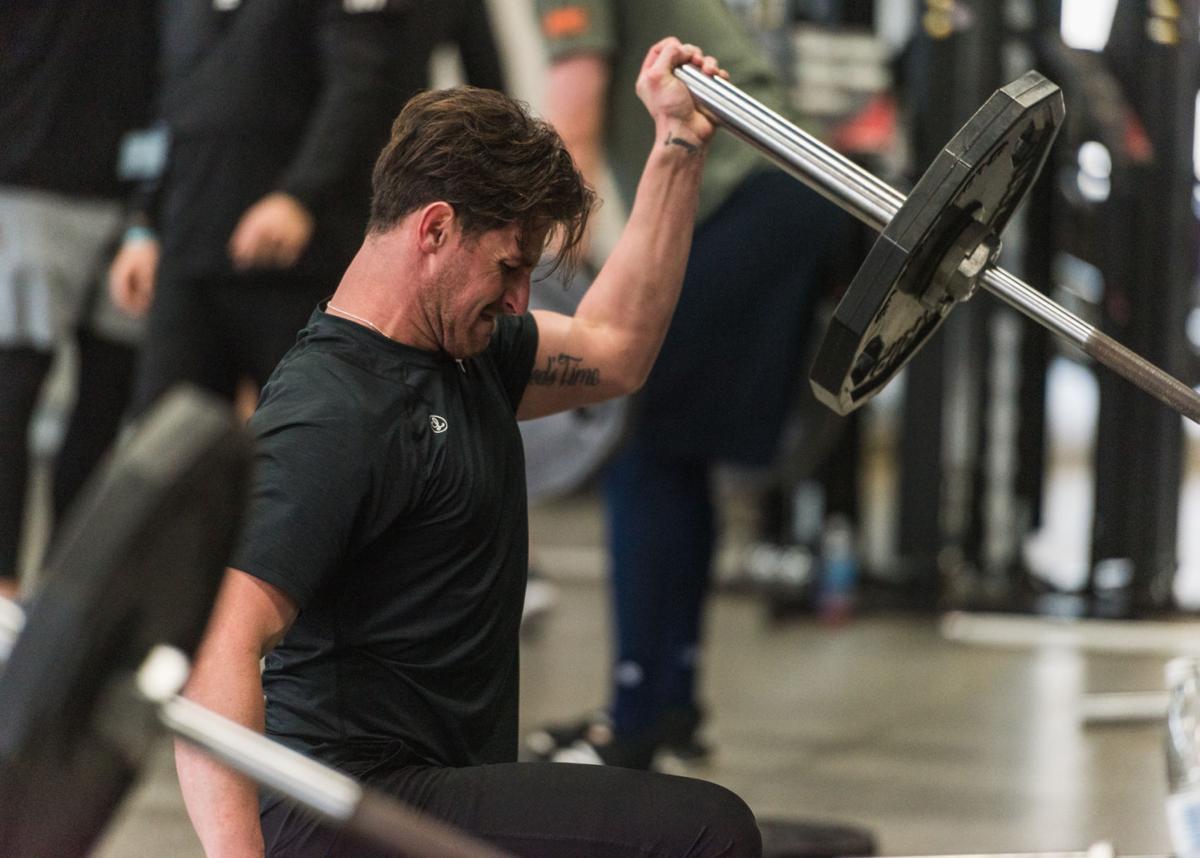 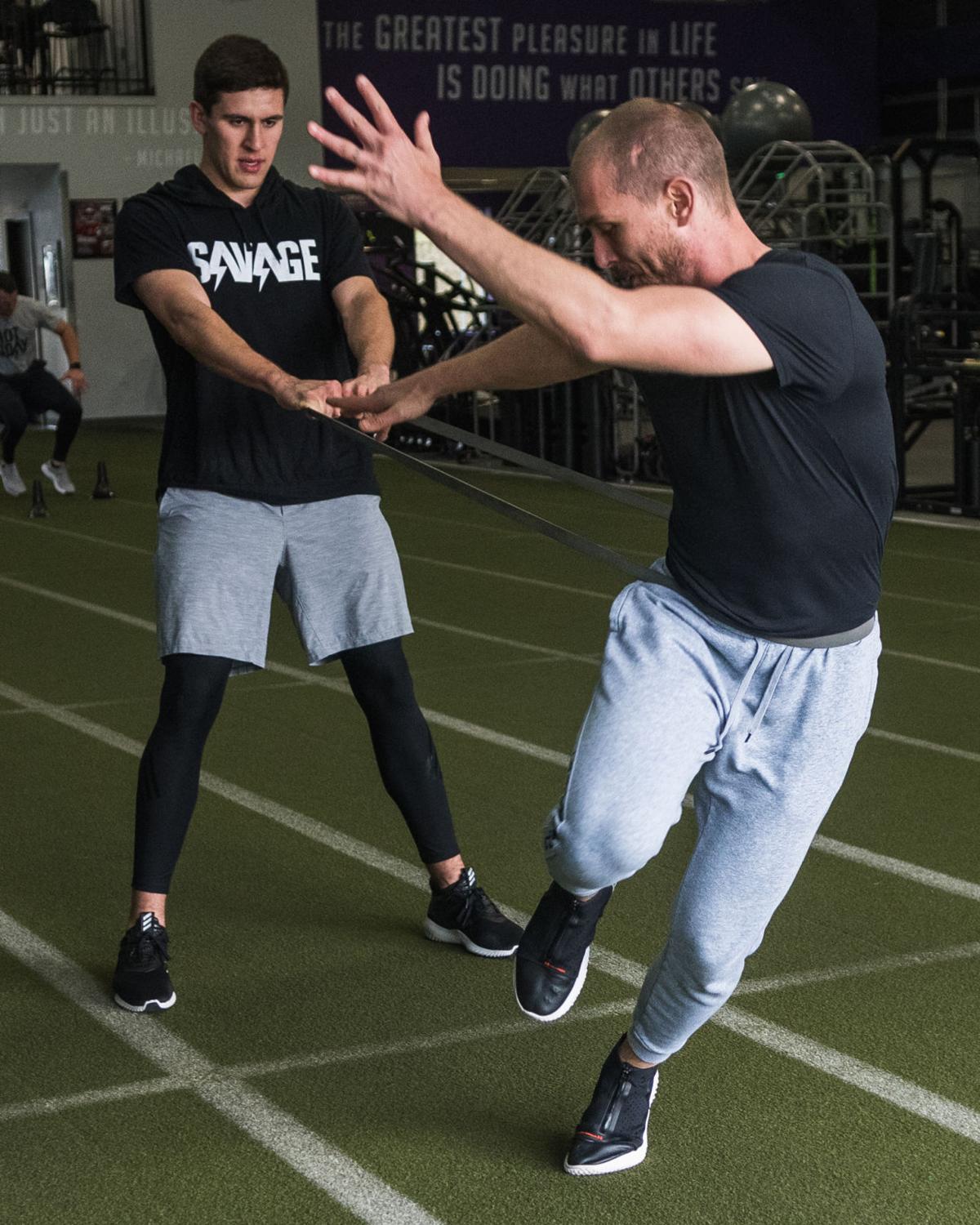 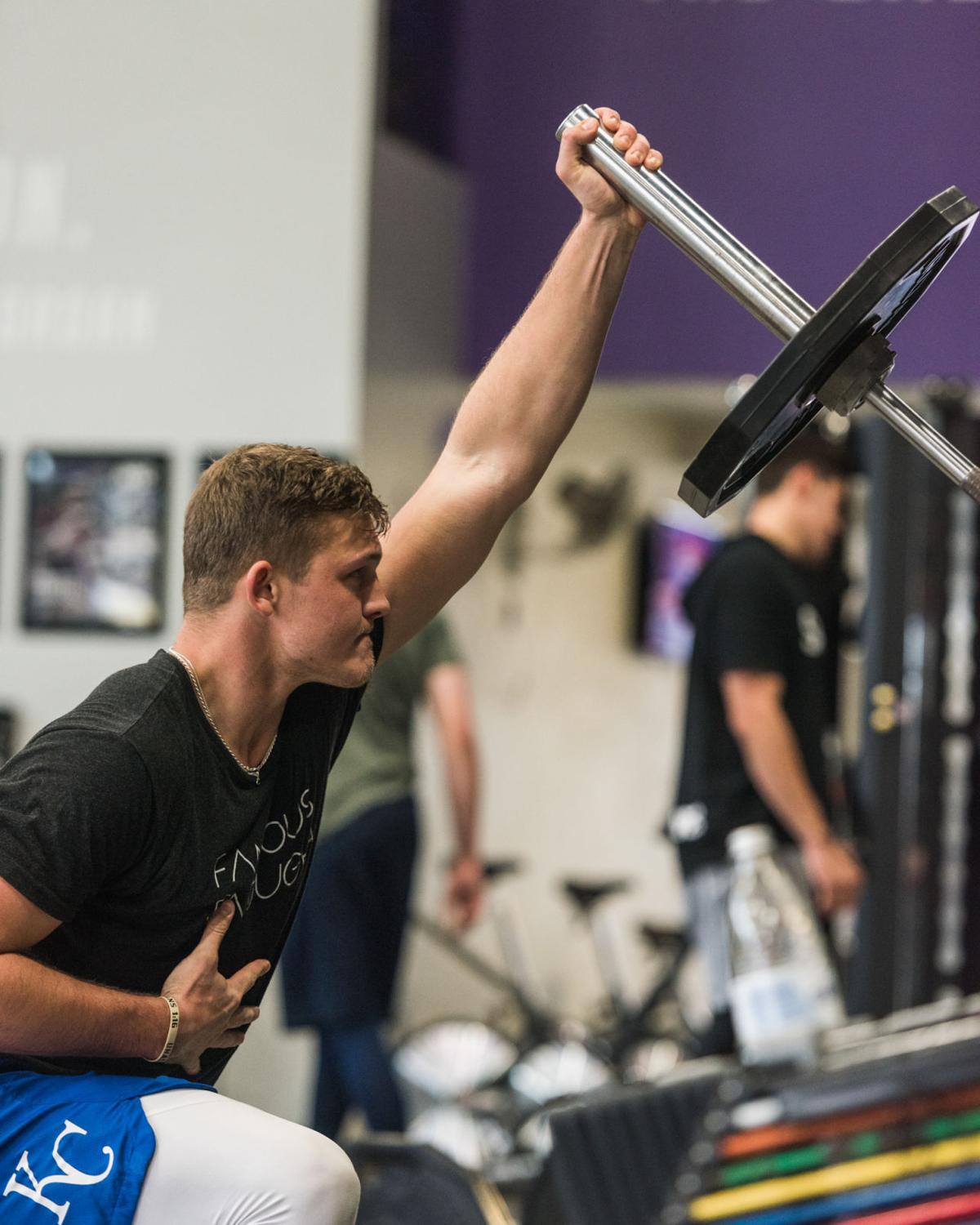 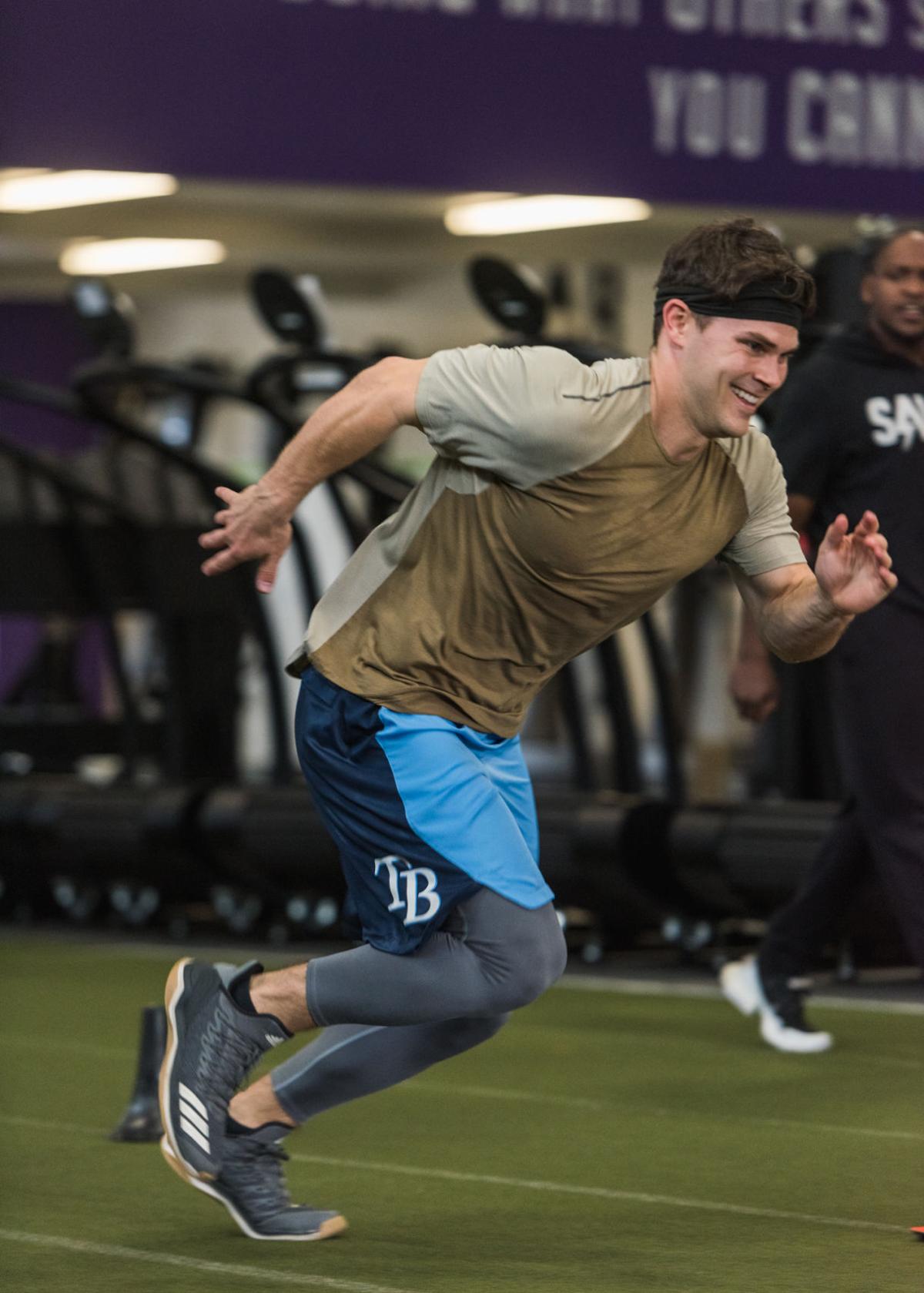 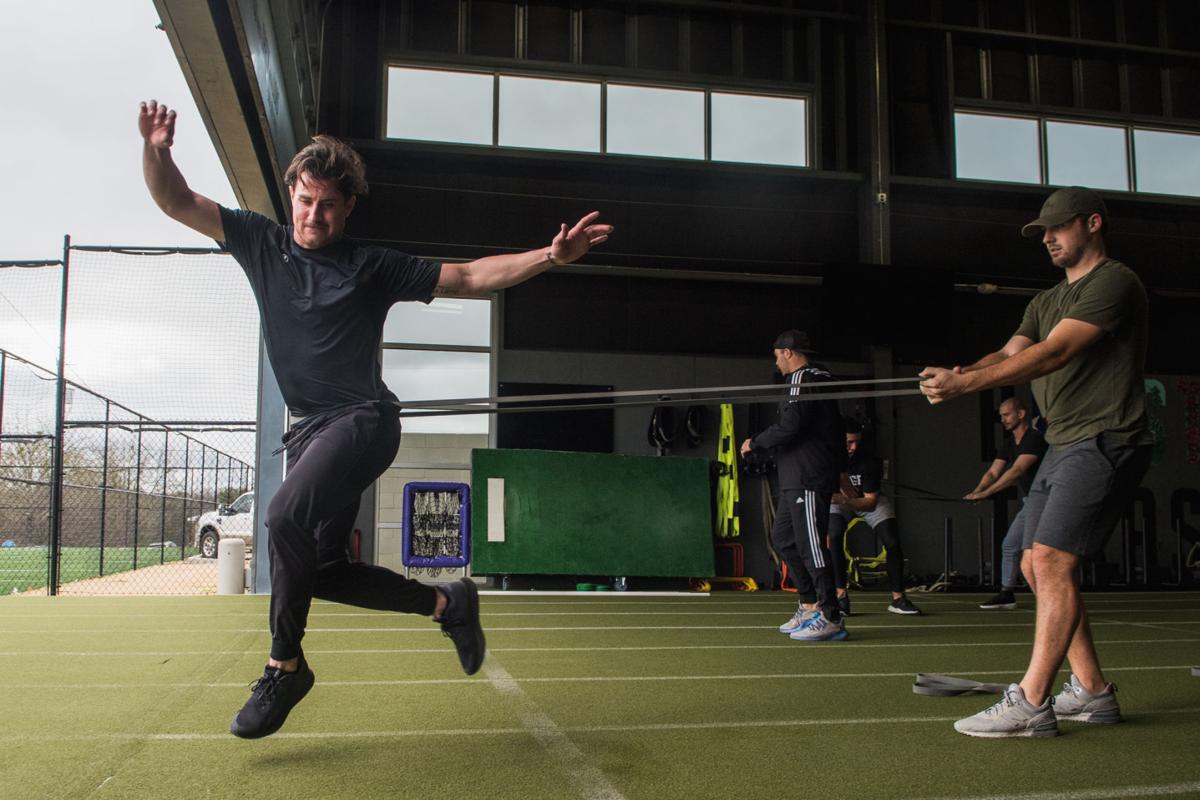 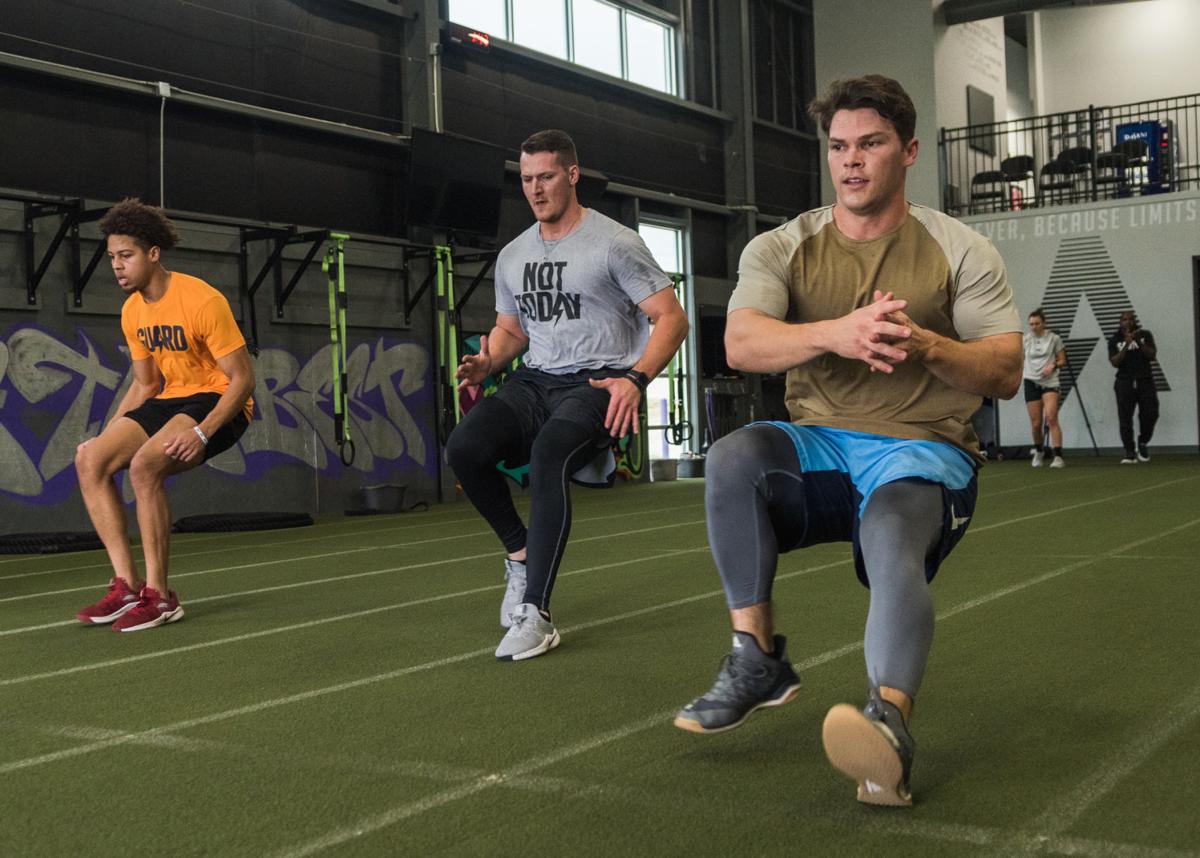 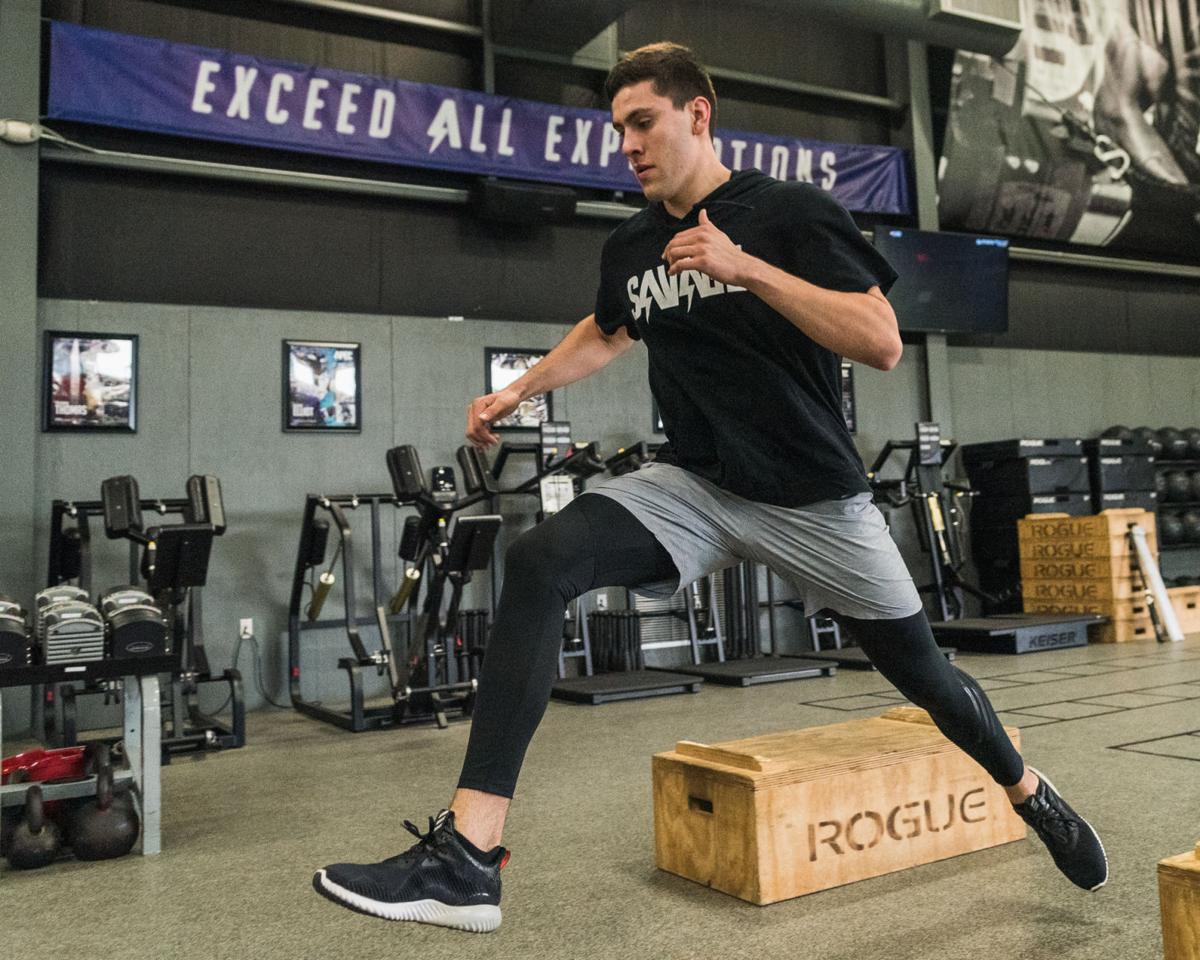 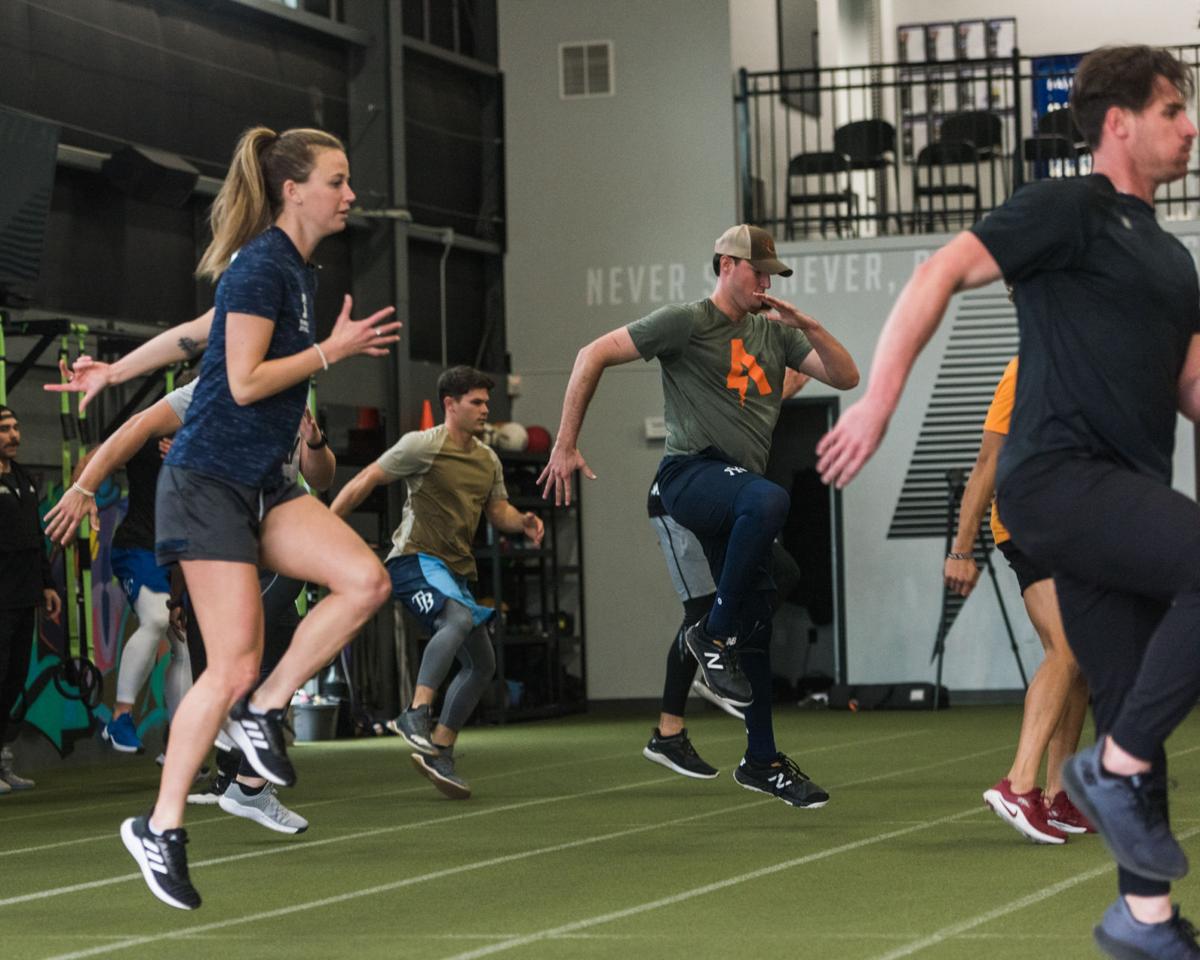 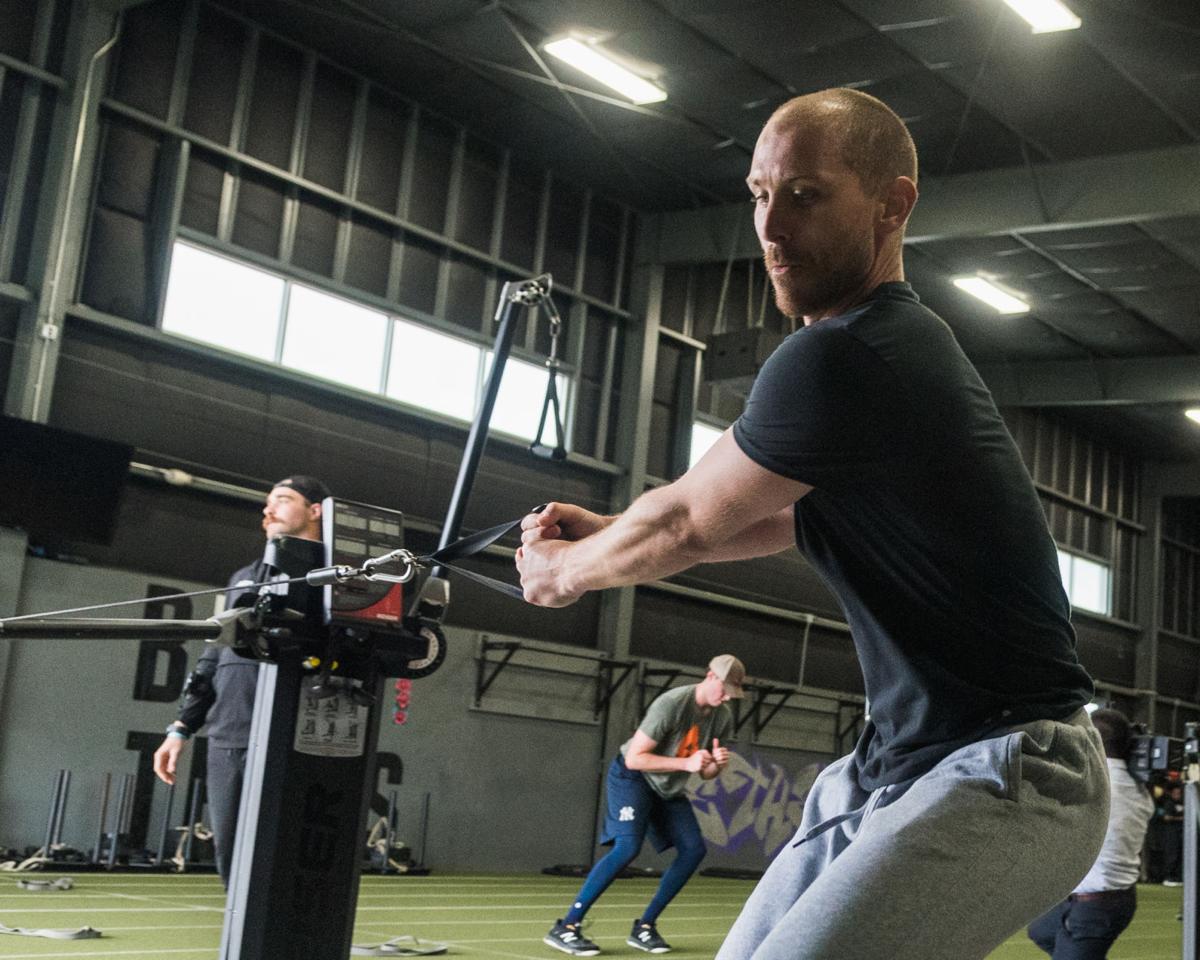 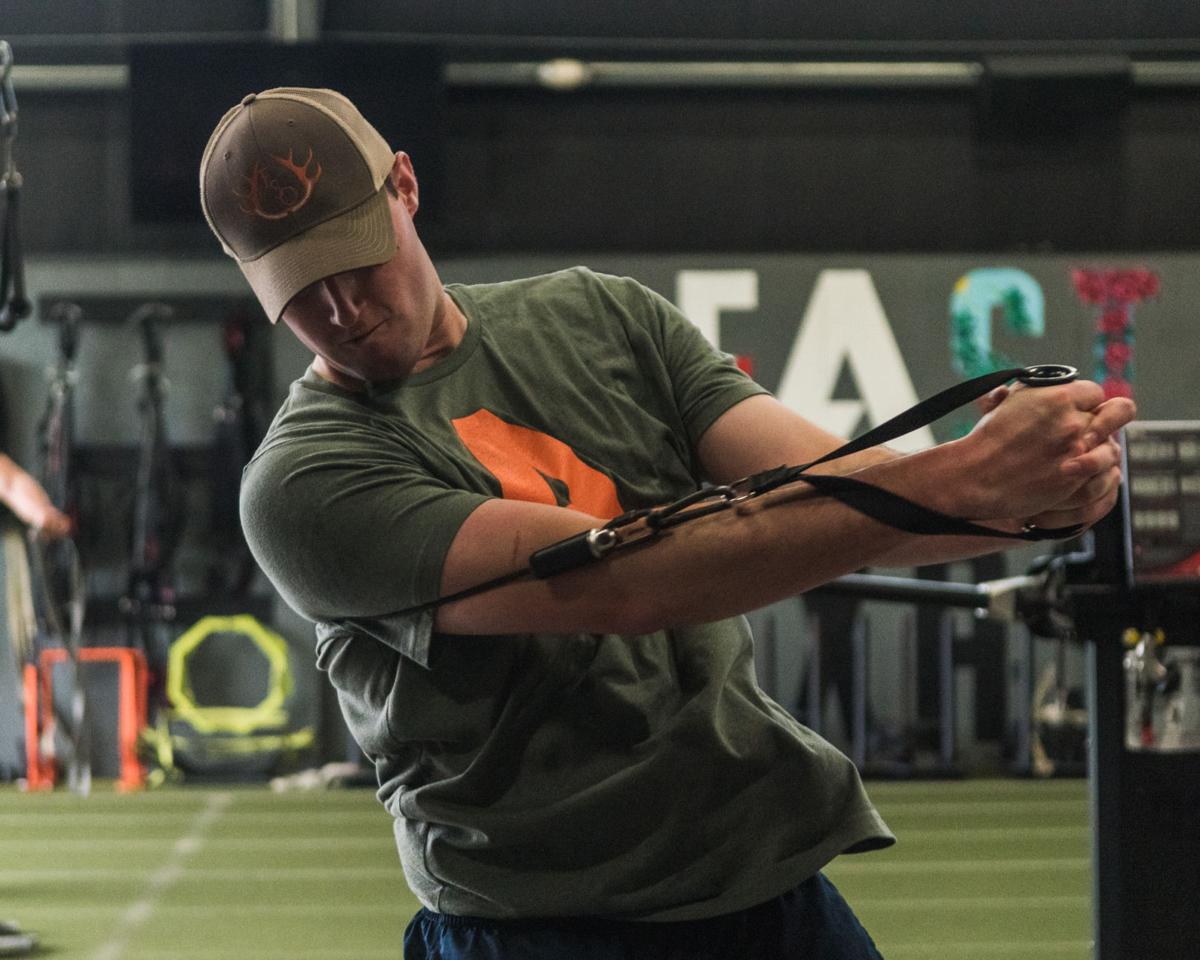 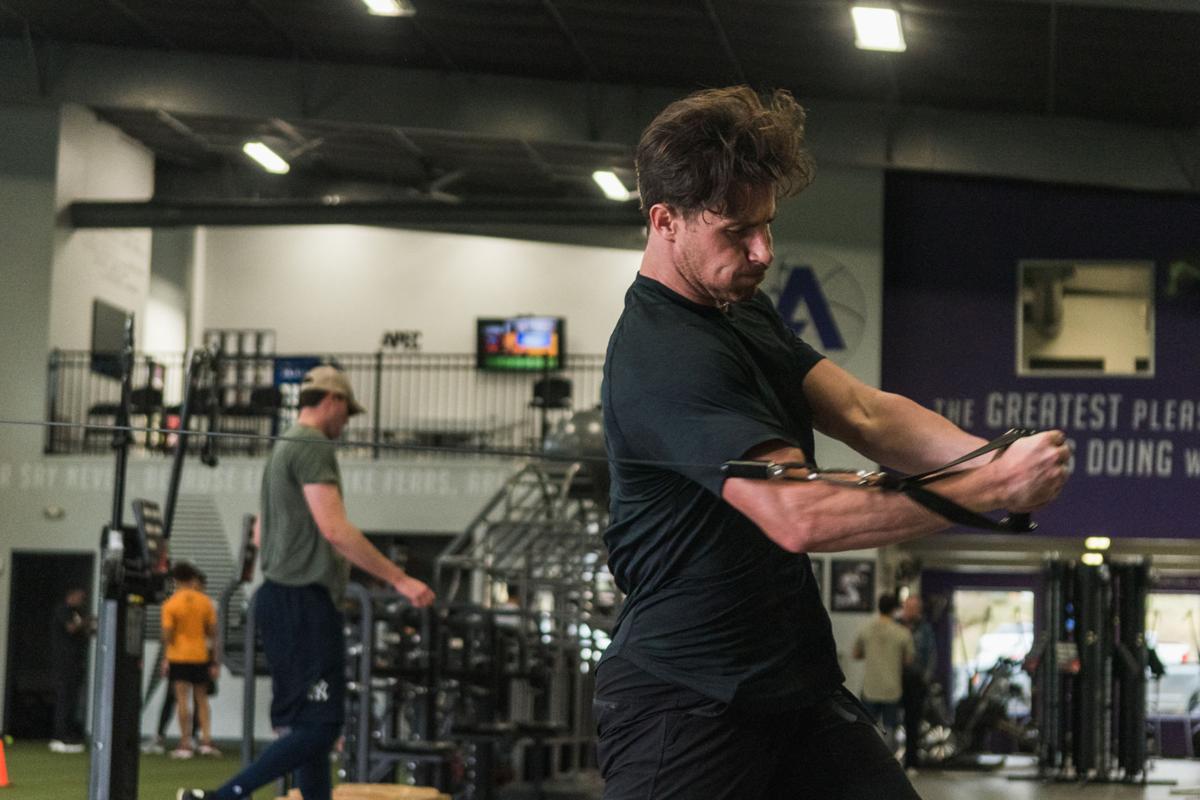 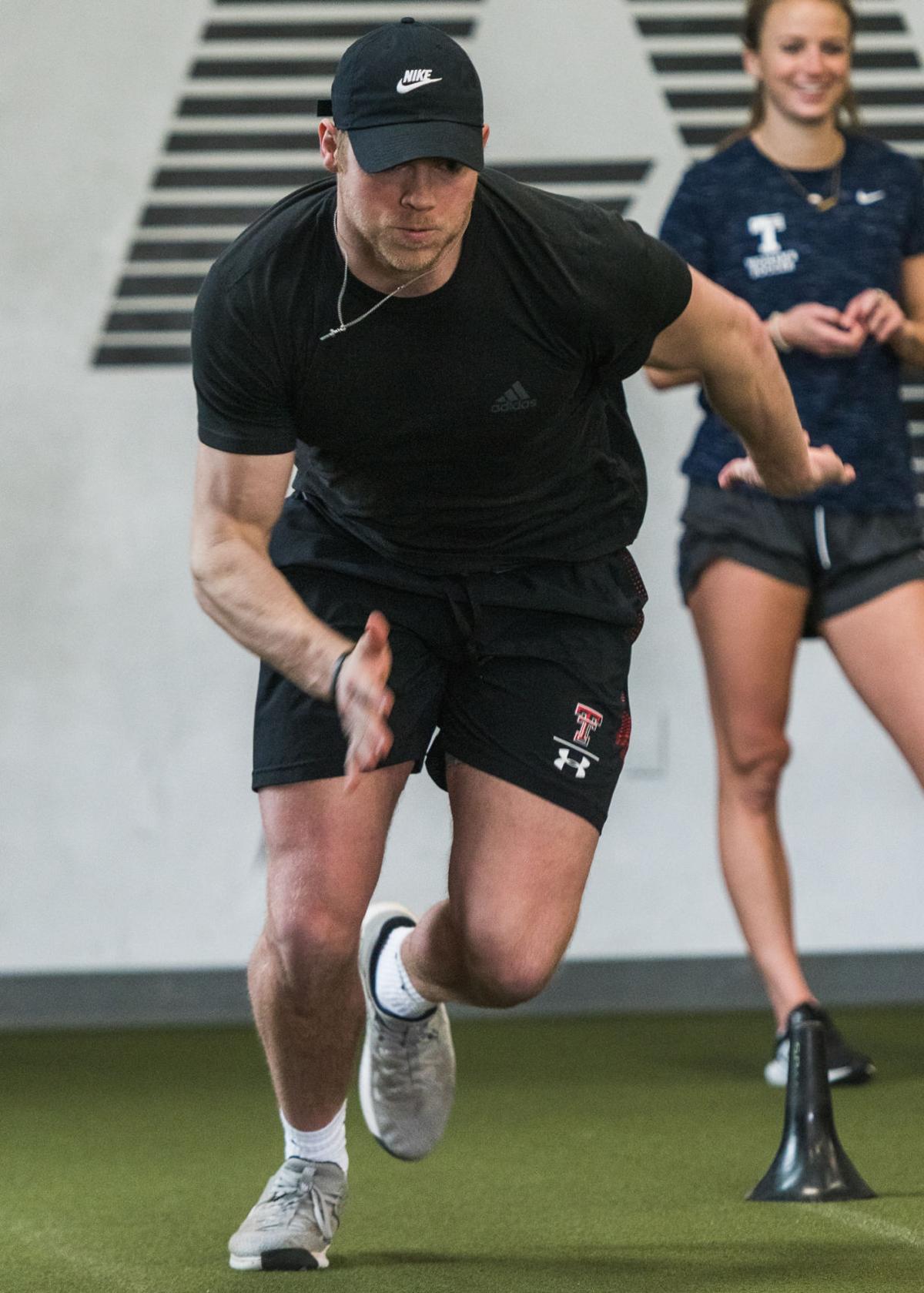 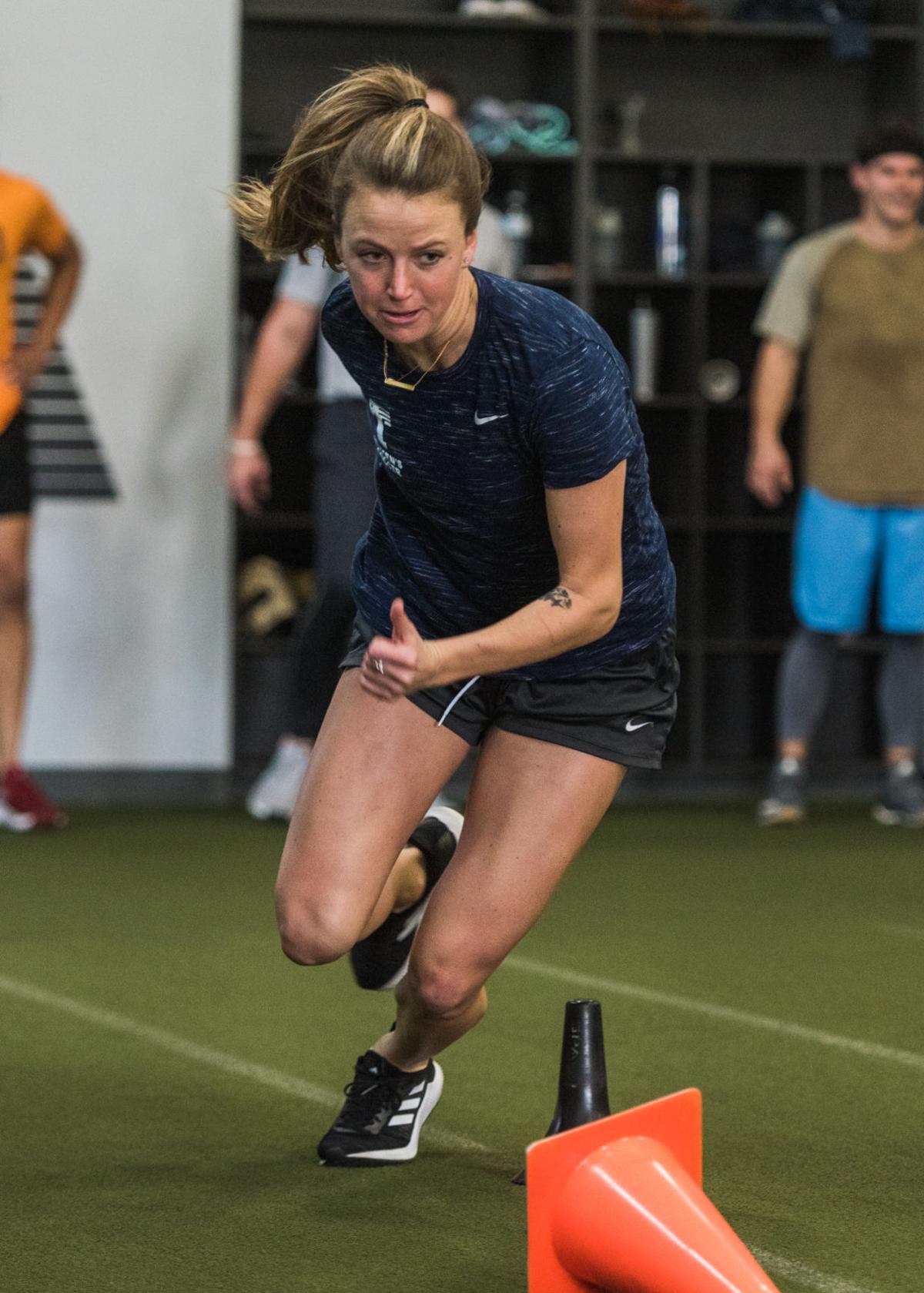 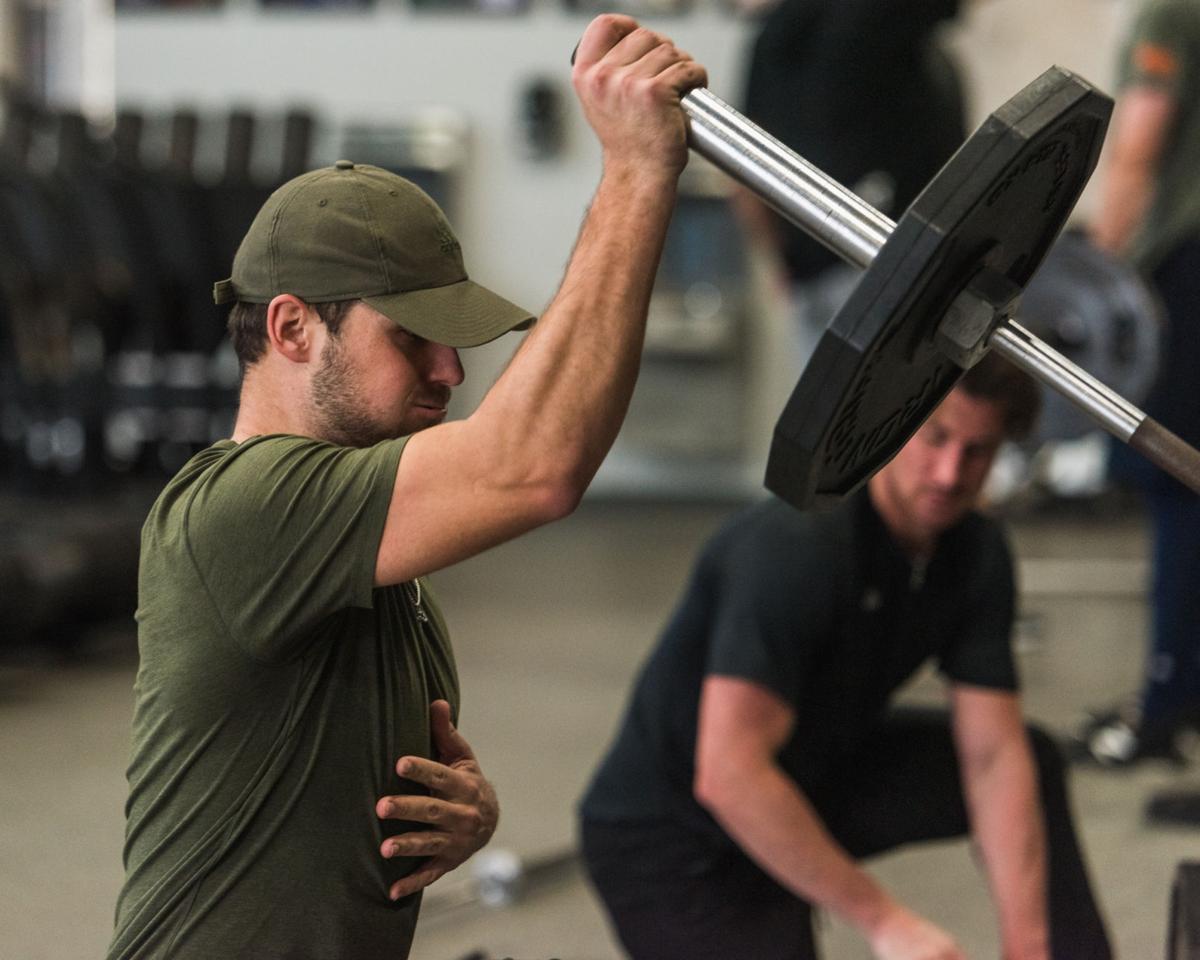 With several professional athletes, particularly baseball players, having East Texas ties, they make APEC their offseason destination for working out.

“It’s definitely awesome to see all of the guys coming in who have been here three, four or five years with us and a lot of new people coming, too,” APEC performance coach Connor Green said. “It’s definitely a testament to some of the training we’ve done and some of the results we’ve gotten. It’s also a testament to the guys who have put in the work and then gone out and performed at a high level.

“We recently put out a statement that no guy has been here three straight offseasons without making it up to the big leagues, and we’ve been pretty close to that. Riley is in his fourth offseason with us, and he got put on the 40-man (roster) and was pretty close to making it last year.”

While most of the athletes are from the Tyler area, some like Rodriguez, Smith and Kuhnel come from other places to train at the facility.

“It’s the best place around, hands down,” Rodriguez said. “You can’t find anywhere better. It’s a lot of fun because every day is a competition and a new challenge.”

“I first came here with Brandon Belt in 2016, and I had good numbers and stayed healthy, so it felt like the right place for me to keep coming,” Smith said.

Players like Cantrell and Vines said coming to APEC in the offseason was important as they try to recover from injuries.

“This is a place I’ve always felt at home and gotten good results,” Cantrell said. “Especially after shoulder surgery, this is a place I come to try to get healthy.”

“This is a big offseason for me coming off of foot surgery, so it was time to take the next step in terms of training,” Vines said.

Cantrell is a former Whitehouse standout who is currently a receiver for the Los Angeles Chargers.

Vines played at Tyler Junior College and is currently a pitcher in the Kansas City Royals’ organization. His wife, Emily, is from Longview, so he said they’re able to stay there in the offseason while he trains in Tyler.

Craft and Mallard are still young in their professional careers and just looking to improve any way possible.

“It’s great to come home and come to a place like APEC and be around high-caliber athletes,” Craft said.

“My family is from here, and I’m also working at an engineering firm here in Tyler during the offseason, so it works out well that I’m able to come here,” Mallard said.

Craft is a former Hawkins standout who currently pitches in the New York Yankees’ organization. Mallard played at Whitehouse and is an outfielder in the Tampa Bay Rays’ organization.

A big topic of discussion in baseball recently has been the sign-stealing scandal. Tomlin, a former Whitehouse standout who is a 10-year MLB veteran and current free agent, gave his take on the situation.

“It’s bad for baseball,” Tomlin said. “It’s kind of sad to see things like that happening. Once you get this much technology that’s in baseball, it entices people to do things they’re probably not wanting to do.

“It’s disheartening. I’ve never been on a team that’s ever done that. There’s a difference between stealing a sign when you’re at second base and the catcher is putting down one sign or a pitcher is tipping than using technology.”

Asked whether he would rather face a batter who uses performance-enhancing drugs or one that steals signs, Tomlin was quick to answer.

“I would much rather face a guy that’s taking steroids than one that knows what is coming,” he said. “Hitters in the big leagues are good, it doesn’t matter if it’s the nine-hole hitter. If you couple that with a guy that actually knows what’s coming, it changes the whole dynamic of the game.”