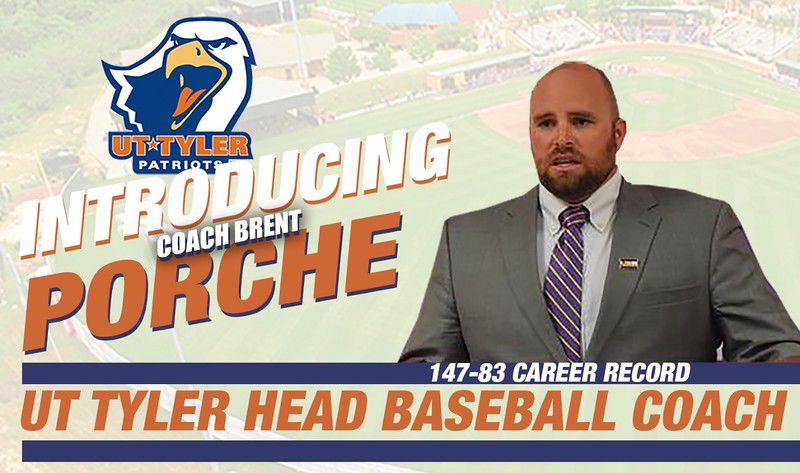 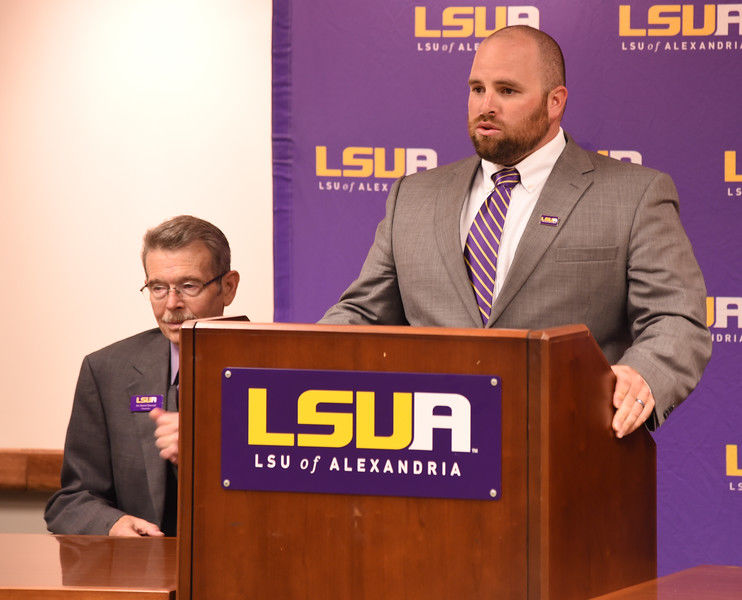 Brent Porche has been named the fourth head baseball coach in The University of Texas at Tyler program's history after amassing a 147-83 record in four seasons at LSU Alexandria where he also served as athletic director this past year.

"We are glad to welcome coach Porche to the Patriot Athletic Team," said Dr. Howard Patterson, Vice President for Student Affairs. "He brings a wealth of knowledge, experience, and passion for the game of baseball and is a player's coach in every sense of the term. Coach Porche will be able to build upon the rich baseball history and traditions and we are excited to have him with us."

Porche led the Generals to back-to-back Red River Athletic Conference Championships, including a 2016 season where the team went 35-22 overall and rolled to a 26-6 conference record. LSU Alexandria had six all-conference selections and saw shortstop Matt Telesco sign a professional baseball contract after the season. Porche's team was among the statistical NAIA leaders with 24 triples which was the seventh move in the nation and the pitching staff held opponents to a .241 average. The 35 wins in 2016 were only four shy of the program record set by Porche's team in 2015 when they went 39-16.

"I could not be more excited to become the next head coach at UT Tyler," Porche said. "The thing that initially attracts you to UT Tyler is the world class education and facilities, but as I went through the interview process, and had the opportunity to meet everyone in the athletic department, the most attractive part of the job became the people and the culture that Dr. Patterson and his staff have created."

Porche's LSU-Alexandria team went 1-2 last season against UT Tyler in a three-game set at Irwin Field where they took a 5-2 win in extra-innings before the Patriots swept a Saturday afternoon doubleheader to win the series. Bertrand resigned in July after accepting the role of pitching coach at Northwestern State following four seasons with the Patriots. UT Tyler is coming off a season where it went 32-19 and advanced to the NCAA tournament after winning the ASC Championship tournament as the fourth seed. The Patriots had nine All-ASC selections and saw Trenton Buchhorn and Alex Bishop earn ABCA/Rawlings All-Region honors.

"The expectations of this baseball program are very high and we will welcome those expectations," Porche said. "We will continue to put a hard-nosed product on the field and be active members of the campus and Tyler community. I cannot thank Dr. Patterson and the committee enough for trusting me to lead our Patriots. I'm looking forward to seeing everyone at Irwin Field."

A graduate of LSU-Shreveport where he was a four-year letterman for head coach Rocke Musgraves and a two-time Academic All-Gulf Coast Athletic Conference selection, Porche would go on to earn a Masters of Science in Kinesiology with a concentration in Sports Performance from Louisiana Tech in 2011. While at Louisiana Tech, Porche worked as an assistant coach for head coach Wade Simoneaux from 2010-12 where he was responsible for development of pitchers and catchers, strength and conditioning with pitchers, on-campus recruiting, scouting report, field maintenance and also assisted with promotions and marketing. His collegiate career began at his alma mater where he coached with Musgrave and Bertrand from 2008-10 in Shreveport. As an assistant with the Pilots, Porche worked with catchers and outfielders, was the strength and conditioning coordinator, assisted in recruiting and organized and promoted camps.

Porche began his collegiate career as a walk on at Louisiana Tech prior to transferring to LSUS. During his four seasons in Shreveport, Porche helped LSUS to three consecutive GCAC tournament championships from 2006-08 and to a Region XIII runner-up finish three times. His first coaching experience came in the summer of 2007 and 2008, assisting Bertrand with the Gametime Academy Angels 18U. The Angels notched back-to-back quarterfinal appearances in the Premier Baseball World Championships while totaling four tournament titles.

He is married to the former Crystal Jones of Bossier City, an Elementary School Teacher in Rapides Parish. Brent and Crystal have two sons, Braiden (5) and Owen (1).

"My wife Crystal, our two boys and I are excited about becoming part of the UT Tyler family," Porche said. "I am looking forward to working with the coaching staff and student-athletes to continue the championship tradition at UT Tyler, in the classroom, in the Tyler community and on the field."