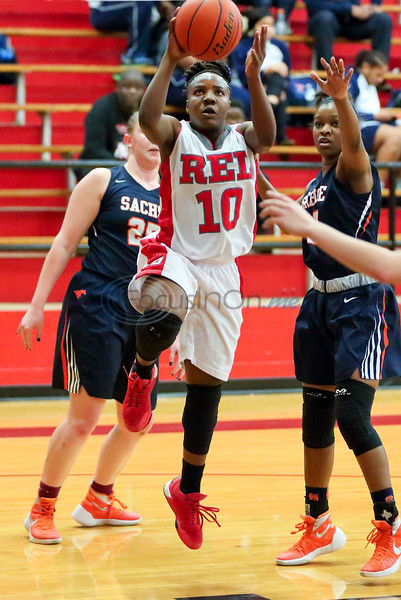 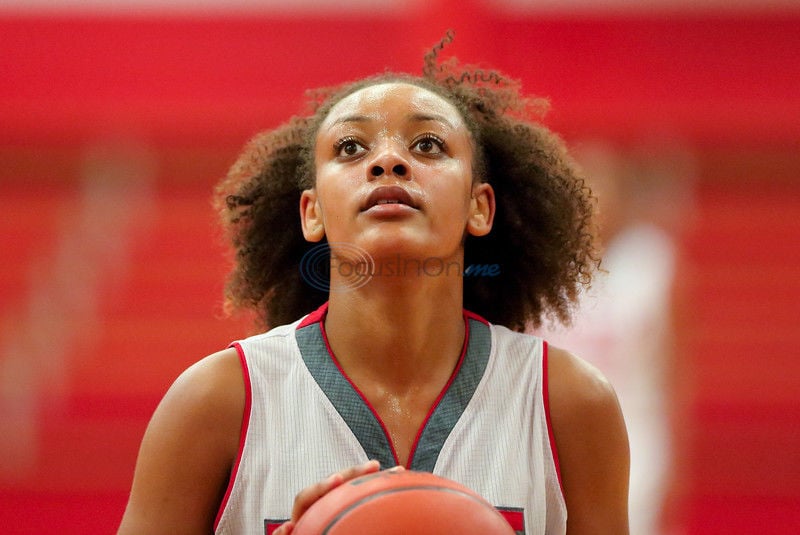 Robert E. Lee's Alexia Hawkins (24) goes to the free-throw line after being fouled during a district matchup earlier this season. (Lang White / Correspondent)

Robert E. Lee's Alexia Hawkins (24) goes to the free-throw line after being fouled during a district matchup earlier this season. (Lang White / Correspondent)

The Lady Raiders won at Naaman Forest by one point on Tuesday in both teams' regular-season finales.

Now the teams meet in Rockwall with the winner receiving the final playoff spot from District 11-6A. The fourth-place playoff is scheduled to start at 6 p.m. Friday at Rockwall High School Gymnasium.

It will be the second must-win game this week for the Lady Raiders (16-18). REL was able to get the job done on Tuesday against the Lady Rangers, but not without nervous minutes down the stretch. Lee held a 42-37 lead with 2:30 remaining and held on for a 42-41 win.

"We were watching film today and coach (Jacquetta) Brown kept talking about minimizing our turnovers and playing better sound defense," Lee assistant Jacob Payne said. "Coach said that over and over again. It wasn't that we didn't play hard, but when Naaman drove to the basket, we (didn't react quickly) enough to defensively to get in their way."

Lee senior Erin Brinkley led the way offensively for the Lady Raiders on Friday with 15 points, and that is nothing new. The Southern Arkansas signee is averaging a double-double per game with 13 points and 10 rebounds. Sophomore guard Ja'Kayla Bowie is also averaging double figures with 12 points per game.

Both Brinkley and Bowie have enjoyed success in REL's two games against Naaman Forest this season, both decided by two points or less. The two combined for 26 points in a 47-45 home loss to the Lady Rangers last month.

Payne noted the presence of Naaman Forest point guard Jasmine Saddler in the first game. Saddler scored eight points to go along with four rebounds, multiple steals and two blocked shots. On Tuesday, Saddler began the game, but left after the opening minute and never returned.

"We don't know what happened, but she didn't play after that," Payne said. "We are preparing for this game like we expect to see her for the whole game."

In both meetings this season, the team that jumped out early in the first half and took control went on to win the game. REL survived several missed free throws down the stretch of its win Tuesday.

Naaman Forest's Jade Compton scored 19 points against REL on Tuesday and was responsible for multiple steals, nine points and near double-digit rebounds in the victory at Varsity Gym.

Payne said with two games in the books REL knows all about Naaman Forest and now it's time to get the necessary outcome to continue its season.

"We just need to focus on playing our game and not worry about what they are going to do," Payne said. "If we do that, hopefully we will be satisfied with the result."