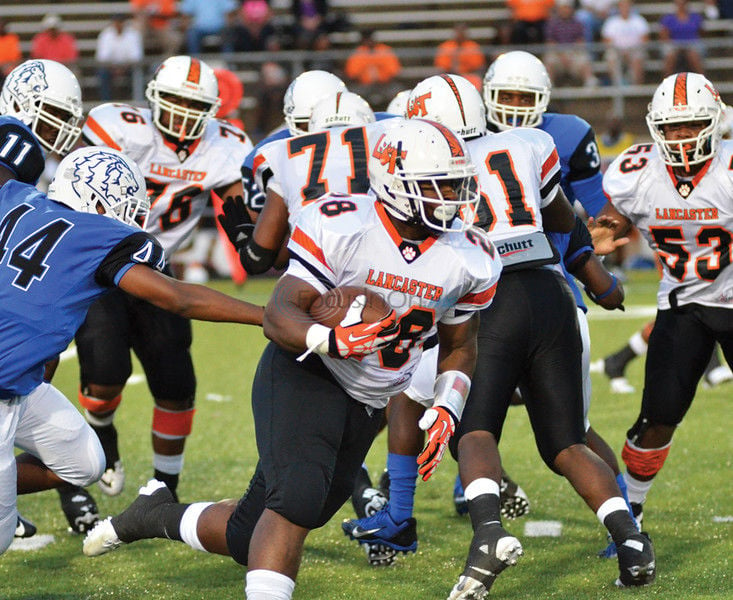 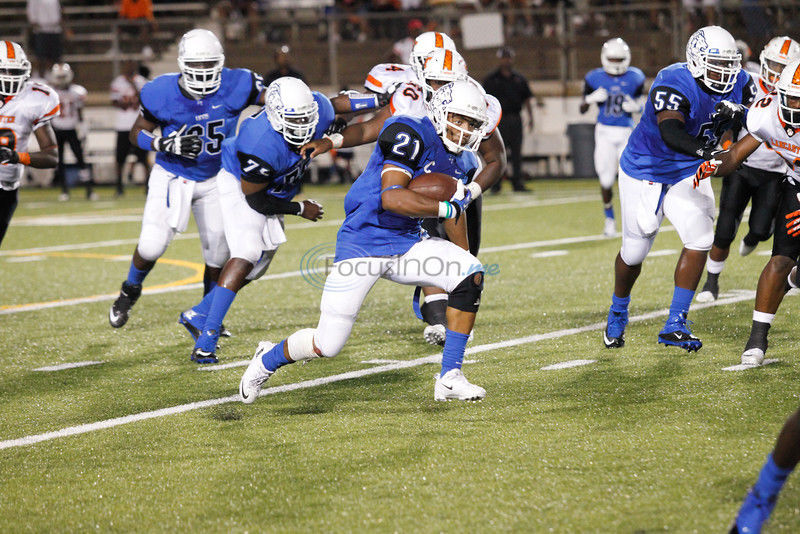 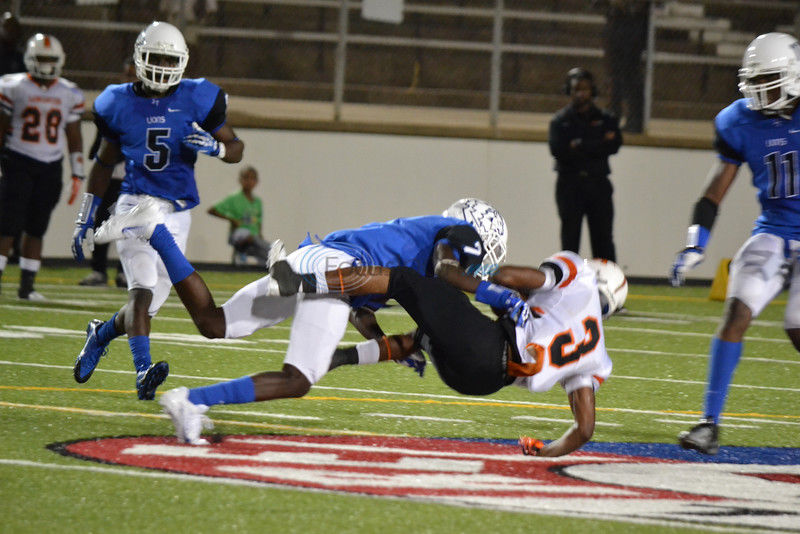 Given a last-second chance at redemption against Lancaster, John Tyler came through.

After losing in the final seconds to the Tigers last year, JT again found itself with the ball at the Lancaster 1 with one final play to win it.

This time, junior kicker Jose Perez booted a 22-yard field goal with one second left to lift the Lions to a thrilling 31-28 victory in the finale of the Trinity Mother Frances Football Classic at TMF Rose Stadium on Saturday.

Perez nailed his fourth field goal of the night, adding to kicks of 38, 23, and 41 to atone for a missed PAT that would've given the Lions the lead with 4:24 left after Reggie Gipson tied the game with a 29-yard reception from Geovari McCollister.

The final field goal capped a 3 minute, 4 second, 79-yard drive on which McCollister was 6 for 6 for 69 yards. Gipson nearly ran in from 6 yards out before JT called its final timeout with five seconds left.

After Perez's field goal, Lancaster (0-2) was unable to advance the ensuing pooch kick past the 35 as John Tyler (1-1) ran onto Earl Campbell Field to celebrate its first win of the year.

"It really just came down to kids not quitting, understanding that they know there are still minutes and seconds left on the board," JT coach Ricklan Holmes said. "I'm just proud of my kids in how they fought."

Last year in Lancaster, the Lions had a chance to win the game down 26-21 with one second left from the Tigers 1, but a misplayed snap gave Lancaster the win. This year, the Tigers have already equaled their 2012 loss total.

McCollister finished with 273 yards through the air on 25 of 33 passing. He added 49 yards rushing. Gipson totaled 93 yards and two TDs rushing to go with 73 yards and a score on six catches.

Nick Cain hauled in seven passes for 85 yards and Duntavion Gross added eight catches for 74 yards for the Lions.

Lancaster started quick, taking the opening kickoff 85 yards in 12 plays, including a conversion on fourth-and-8 from the JT 10 to set up Shannon Simpson's 1-yard touchdown plunge.

After the Lions allowed 85 yards on the Tigers' opening drive, JT's defense gave up 27 yards the rest of the first half. The 267 total yards allowed for the game was a strong improvement over the 412 gained by Lufkin last week.

The JT secondary held Arizona State receiver commit Nick Alexander to one catch for minus-5 yards.

The Lions stop unit forced two fumbles that led to a pair of field goals. Sophomore Braylon Jones came up with the first fumble at the JT 23 to set up Perez's first field goal, from 38 yards. Malik Hubbard then grabbed his second fumble recovery of the year, which led to a 23-yard boot by Perez. Perez added a 41-yarder as time expired in the first half to give the Lions a 15-7 halftime lead.

After allowing a safety on a failed punt last week, the Lions again struggled in that facet of the game. Punter Luis Duran twice was unable to get off a punt in the first half to give Lancaster a short field.

Both times, however, the John Tyler defense stepped up, first with a turnover on downs from the Lions 3 and second on Jones' fumble recovery.

"That was huge for us because it just builds more confidence in what our defense can do," Holmes said.

In the second half, however, Duran was taken down at his own 5 to set up a Lancaster touchdown two plays later. Simpson tied the game at 22 with his TD run and 2-point conversion run, given a second chance at the point-after try after the first chance failed by was followed by a JT facemask penalty.

That score came in the middle of a 21-0 run in the third quarter after the Lions had taken a 22-7 lead. Williams scored on an 11-yard run with 1:17 left in the third put Lancaster up 28-22 after JT blocked the PAT kick.

After the teams traded punts early in the fourth quarter, McCollister completed three straight passes to tie the game, going for 8, 10 and finally 29 yards to Gipson up the left sideline.

Though Perez missed the ensuing PAT kick, the kicker, and the rest of the Lions, soon had their second chance at redemption.