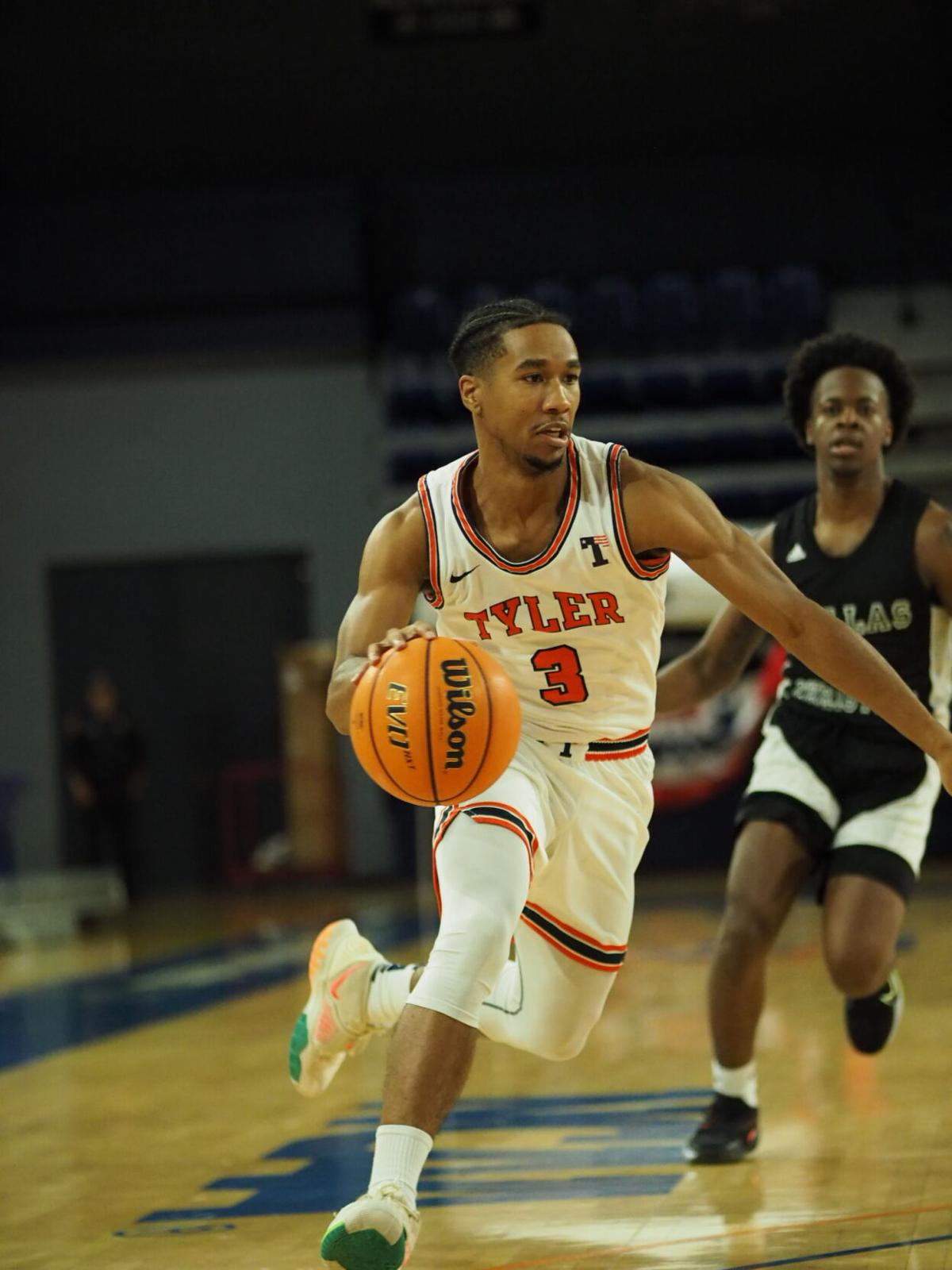 UT Tyler guard Micah Fuller (3) brings the basketball up court against Dallas Christian on Sunday at the Herrington Patriot Center. 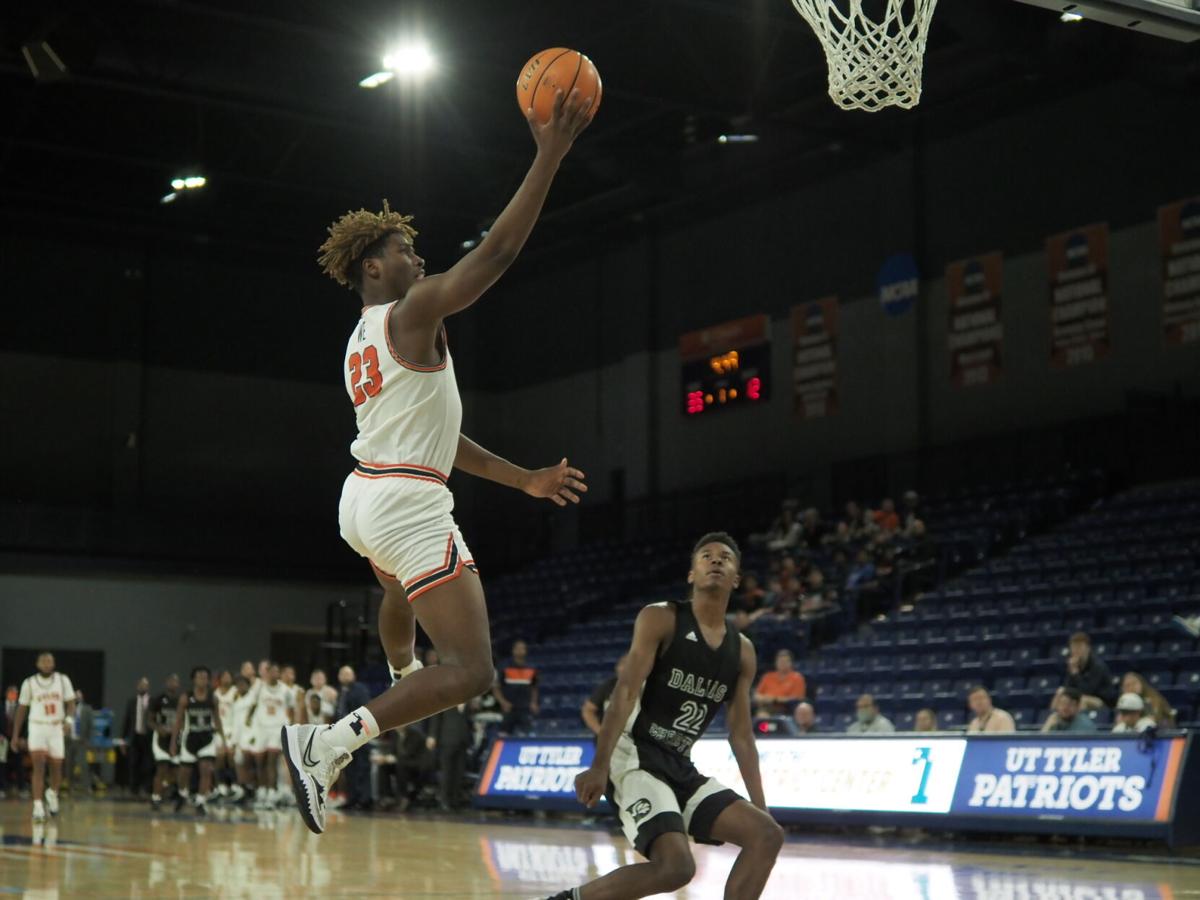 UT Tyler guard Micah Fuller (3) brings the basketball up court against Dallas Christian on Sunday at the Herrington Patriot Center.

UT Tyler topped off its opening week of basketball with a 100-47 victory over Dallas Christian on Sunday at the Herrington Patriot Center.

The Patriots’ Zaire Mateen led all scorers with 15 points, going 5-for-9 from the field. Seniors Micah Fuller and Soloman Thomas both added 11 points, with Da’Zhon Wyche pitching in 10 as UT Tyler goes to 3-0. Fuller had five assists.

The Patriots led 27-7 with 10:13 still remaining in the first half, and ran their first half advantage up to as many as 25 before settling on a 42-21 margin at the halftime break.

Patrick Samoura had seven assists, along with five rebounds and six points. Adding five boards each were Eysan Wiley and Jalen Davis.

UT Tyler will head to the Lion Hoopsgiving presented by Best Western Plus next weekend in Commerce. The Patriots are scheduled to meet Ouachita Baptist at 6 p.m. Friday and Mississippi College at noon Saturday at Texas A&M-Commerce’s Field House.

The UT Tyler women are slated to host Southern Arkansas at 2 p.m. Wednesday.

The Patriots’ next home game is on Dec. 16 against Arkansas-Fort Smith. Tipoff is slated for 7:30 p.m.

DCC is scheduled to travel to Texarkana on Tuesday to play Texas A&M-Texarkana. Tipoff is scheduled for 7:30 p.m.