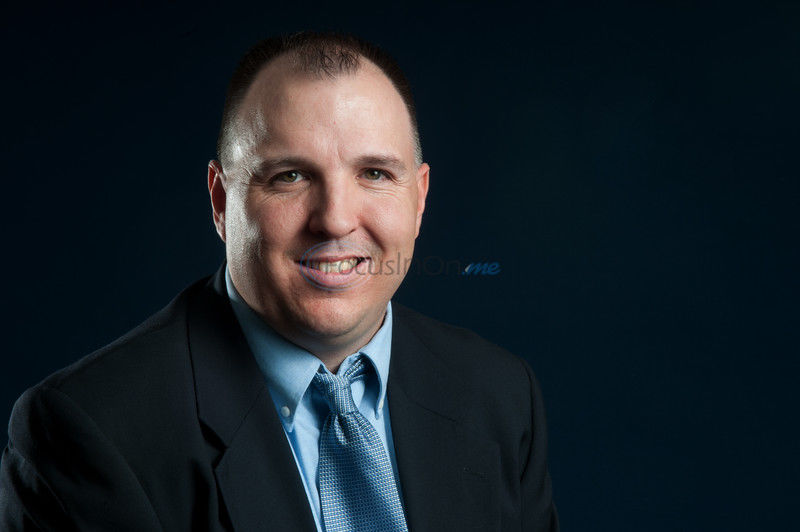 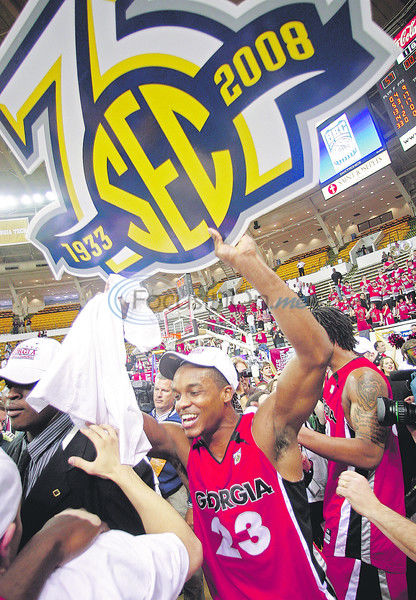 Georgia's Corey Butler (23) reacts at the end of a 66-57 win over Arkansas in their 2008 Southeastern Conference basketball tournament championship game at Alexander Memorial Coliseum on the campus of Georgia Tech in Atlanta on Sunday, March 16, 2008. (AP Photo/Dave Martin)

Georgia's Corey Butler (23) reacts at the end of a 66-57 win over Arkansas in their 2008 Southeastern Conference basketball tournament championship game at Alexander Memorial Coliseum on the campus of Georgia Tech in Atlanta on Sunday, March 16, 2008. (AP Photo/Dave Martin)

There are a multitude of college basketball pundits on the networks right now (with ESPN providing the most talking heads) who want to give you their opinions on who "should be out" or "should be in" to the NCAA tournament field.

Well, once such pundit was expressing his displeasure on conference tournament champions receiving an automatic bid. Basically, he thought it was not a fair representation of who the conference's representative should be. Congratulations, the regular season is meaningless because one team got hot and won four games in a row over a three-day span.

I agree with that. In some of those non-power conferences, it's all about being tournament champion. Teams like Stephen F. Austin, for instance, which won the Southland Conference regular-season title will probably have to win its conference tournament or risk being left out.

But in the power conferences like the Big 10, Big 12, ACC and SEC, how many times really has a Cinderella stolen an NCAA tournament bid based on a conference tournament championship?

My guess was not very often.

Usually the team that won those conference tournaments was getting an NCAA bid regardless of its automatic selection.

I decided to test this out.

Using the conferences above and adding the former Big East and Southwest Conference, I went and researched from 1990 (25 years seemed like a good sample size) to see how many times, if any, did a team grab an automatic bid based on winning the conference tournament when it wouldn't have made "The Dance" without that championship.

I mean think about the number of teams and conferences in 25 years, so I figured 10 was too many to guess and five was too little.

It has never happened in the ACC. The only team to maybe consider was the 2004 Maryland squad that ran the table as the No. 6 seed and won in Greensboro, N.C., but I would venture a guess that a No. 6 ACC team would make the NCAA tournament anyway.

So, let's take a trip down memory lane and give a little analysis to each Cinderella and how long it took for the clock to strike midnight.

Most remember 1993 as the year Sheryl Swoopes led the Lady Raiders to the school's only national championship, but it was also when the men's team, seeded fifth in the SWC tournament, defied the odds and beat Houston in the championship to secure its first NCAA big since 1986. Just for evidence of how big a win this was for Tech, Houston did not receive an NCAA invite that year despite finishing third in the conference with a 9-5 record.

The Hawkeyes were highly touted at the start of the 2000-01 season, but injuries derailed Iowa and the team dropped six of its last seven conference games to end the tournament with a 7-9 Big 10 record and No. 6 seed. The only way Iowa could make the NCAA tournament would be a strong showing at the conference tourney. The Hawkeyes won four games in four days, capped by a 63-61 win over Indiana.

Long live Gerry McNamara. The Orangemen shooting guard picked the best time to simply not miss. Syracuse had gone 7-9 in the Big East to garner a No. 9 seed and began what would become an unbelievable 4-day run by McNamara draining a 3-pointer with .5 remaining to win Syracuse's first-round game over Cincinnati. In the next round against UConn, McNamara hit a long three-pointer with five seconds left to send the game into overtime, which Syracuse prevailed in, 86-84. In the semifinal, McNamara provided the assist to Eric Devendorf's basket with 1.5 seconds remaining to win, 58-57. McNamara's 3-point shooting in the final lifted Syracuse past Pittsburgh. The Orangemen were the first-team ever to play on Day 1 of the Big East Tournament and go on to win the event.

The clock struck midnight: No. 5 seed Syracuse lost to No. 12 seed Texas A&M 66-58 in the first round f the NCAA tournament.

Georgia was 13-16 overall and 4-12 in conference. The Bulldogs were expected to be an easy out for Ole Miss in the first round, but Dave Bliss banked in a game-winning shot to shock the Rebels and move on. Thanks to a tornado that hit the Georgia Dome during play in the games prior to Georgia-Kentucky, the SEC tournament was forced to relocate to much smaller Alexander Memorial Coliseum, home of Georgia Tech. Georgia-Kentucky would be held in the afternoon with the winner forced to play in the semifinals later that night.Georgia freshman Zac Swansey nailed a 3-pointer with 1.4 seconds remaining to give the Bulldogs their first-ever win over UK in the conference tournament. Georgia followed that by beating Mississippi State in the semifinals. In an all-or nothing final for Georgia, the Bulldogs completed their improbable run by defeating Arkansas 66-57.

The clock struck midnight: No. 14 seed Georgia lost to No. 3 seed Xavier 73-61 in the first round of the NCAA Tournament.