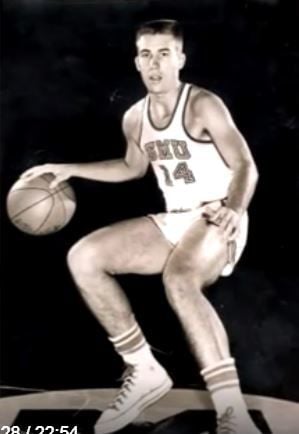 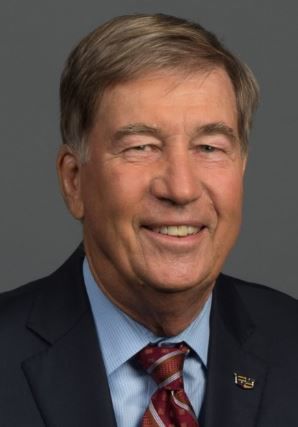 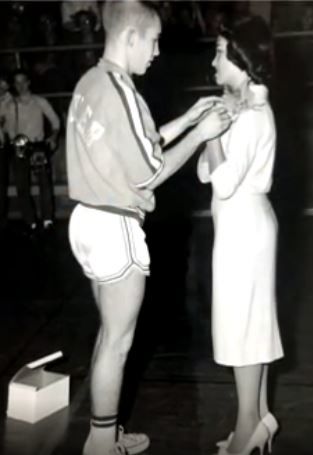 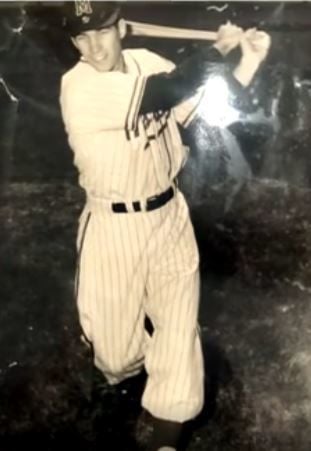 It was just a concrete slab of a basketball court, but with a nice new goal and a shiny net to swish, it must have seemed like the Boston Garden to the neighborhood kids in small-town Tyler during the 1950s.

The magnetic court was the driveway of John Tyler basketball coach Bob Carpenter on Azalea Drive just off of Sunnybrook Lane in Southwest Tyler. The kids included his son Bobby, who would later star for his dad at JT and then Tyler Junior College for its legendary coach Floyd Wagstaff.

Tommy Finn of Dallas, who grew up in Tyler and played basketball at Bishop T.K. Gorman, remembered Carpenter and their childhood days in the neighborhood.

“I followed his basketball career from the start,” Finn said. “He was a couple of years older but I grew up across the street from Birdwell Elementary and would walk down and play on their little court at his house on Azalea Drive. I badly wanted to make his team, the Apaches, when we were kids but I played on a younger team coached by my dad.”

Having grown up the son of a basketball coach, Carpenter was a “gym rat” and good enough to play varsity at John Tyler while only a sophomore, recalled Hayden Moore of Tyler.

“We tried to talk Coach Carpenter into letting Bobby play with us on the varsity when he was a sophomore but his dad said no, that Bobby was paying his dues and getting to play a lot more on the junior varsity,” Moore said. “But he practiced with us a lot and was really good. I wasn’t surprised when he played so well in high school and went on to play in college.”

After he finished at TJC, Carpenter went to SMU and contributed to a Southwest Conference championship team coached by Doc Hayes. During Hayes’ years in the ‘50s and ’60s, the Ponies were a perennial powerhouse and packed Moody Coliseum. Carpenter also excelled in baseball while at SMU.

“That SMU team in 1964-65 was one of my favorite teams,” former Dallas Times Herald sportswriter Kenny Hand said. “They had Bobby Carpenter and guys like Charles Beasley, Denny Holman, Bob Begert and Carroll Hoosier. They were so much fun to watch. I remember one game at TCU when they were down by a point with only four seconds to play. They got the ball in and someone hurled a pass the length of the floor to Hoosier who made a shot from the corner at the buzzer!”

Begert is now a Dallas attorney and expressed shock at the news of Carpenter’s death.

“I attended his funeral and was shocked by his death as I had just visited with him at the last SMU game,” Begert said. “Bobby could really shoot. If the 3-point line was in during our time, he would have been a leading scorer. He was the consummate team player, always supportive and encouraging. Plus, he was fun with a great sense of humor and a joy to be around. I will miss him greatly.”

Carpenter never left Big D after his college days and became the longtime manager of Sewell Cadillac on Lemmon Avenue near Love Field. It was a natural fit since he became good friends at SMU with the son of the dealership owner, Carl Sewell, Jr.

It was at the dealership on Lemmon Avenue that I had a nice visit with Carpenter in 2012, having just moved back to Dallas from Georgia. My ulterior motive was some advertising business for a golf magazine that I was writing for at the time.

Carpenter could not have been more welcoming and we chatted briefly about golf and how he played occasionally at corporate outings but nothing serious. He said Sewell Cadillac liked to give away weekend uses of a car for closest to the hole contests. But mostly we talked about Tyler back in the day and laughed about how kids loved to congregate for pick-up baseball games at a vacant lot near his family’s house.

Of particular pride to Carpenter that day was a story about his father, who played in college ball at Texas A&M-Commerce, finally receiving a pension check from the NBA before his death. His dad played pro basketball when it paid paltry money to the players.

Bobby’s dad, Bob Carpenter, was a tall and towering coach for many years at John Tyler who had a stoic and iconic presence on the bench. His quiet demeanor somehow seemed to have an effect on his players, opposing coaches and even the officials. He played for the old Fort Wayne Pistons before they moved to Detroit.

“It wasn’t the money so much that pleased dad because it wasn’t a lot,” Carpenter said. “But just the acknowledgement that he had played in the NBA.”

Researching the history of the Pistons shows how the team started in the Indiana town of Fort Wayne in 1941 before moving to Detroit in 1957. The Fort Wayne team won National Basketball League championships in 1944 and 1945. Eventually the league was grafted into the NBA.

Unlike his taller father who played on the inside, Bobby was only about 6-foot tall and played on the outside as a good ball handler and outside shooter.

“He was a very good shooter,” Tyler’s Jimmy Daughtry said. “He was a year ahead of me when I played at Tyler Lee and those were great days. His dad coached JT and Sam Bell coached us. Both were great coaches and great men who cared about their players.”

Daughtry’s sentiments were echoed by Clinton Roxburgh of Tyler, who played at John Tyler for Coach Carpenter and then TJC for Coach Wagstaff.

“Of course I remember Bobby well from his days playing at John Tyler and TJC,” Roxburgh said. “He was several years ahead of me but I played for his dad. I stayed in touch with Bobby’s mom and dad through the years and remember stopping to see his dad’s garden one day on some land he owned just outside of town. They were like second parents to me.”

“Bobby would come back from SMU and practice with us some and nobody could guard him,” Palmer said. “His dad was such a good coach. We won district my last two years at JT (1966-67).”

About his career at Sewell Cadillac, Andy Stowe of Dallas said Bobby Carpenter was well known and much loved.

“He just had a good way with people,” Stowe said. “He kept things relaxed and always had a funny story or something to make you feel good about working for him.”