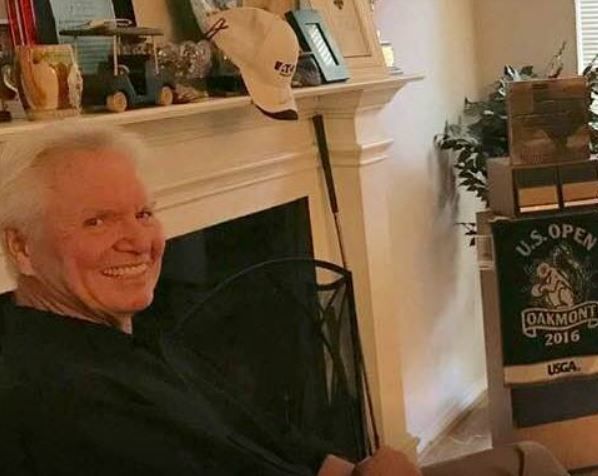 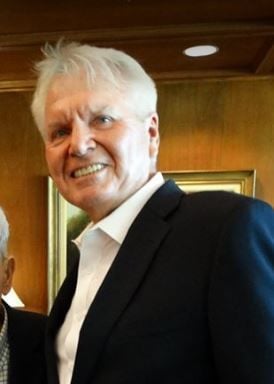 DALLAS — Driving to the radio studio early on a Saturday morning has been a ritual for me as the host of Texas Links on the Air, an hour-long show celebrating golf in the Lone Star State.

Last Saturday was eerily different as I made my way to our studio on the 10th floor of Big D Talk building on Stemmons Freeway at Mockingbird Lane. Professional golf, like other sports, was shut down due to the coronavirus threat with its necessary precautions. That meant the cancellation of one of my favorite tournaments, The Players, after only one round.

Yet, there was nothing to prevent our show from airing since it is just me and the engineer, Kristy Cisneros, in the studio with the other guests calling in, especially my Trusted Sidekick, George Machock of Austin. Radio, one of the earliest mediums, is all of a sudden rather resilient and we air every Saturday at 8 a.m.

We were the only golf game in town!

For this show I had contacted and scheduled successful amateur Bill Holstead of Wichita Falls for the first half hour followed in the second half by former Players champion Hal Sutton of Houston and formerly of Shreveport, Louisiana. The two men are both former champions of the Champions Cup at the Champions Golf Club in Houston. They were booked to discuss the upcoming tournament scheduled the first week of April, the subject of an article I wrote for the March edition of Texas Links Magazine.

But the event has now been cancelled in light of the health crisis gripping our state and the rest of the world.

Having had both golfers on the show before, I was confident it would go well but it exceeded my expectations as both Holstead and Sutton were cogent and entertaining.

Holstead won the 1970 Texas State Amateur at the old Great Southwest Golf Club in Grand Prairie that is now one of many “ghost courses” in Texas that are no longer open. I once watched a Southwest Conference fall match play tournament there in the early 1970s when Ben Crenshaw of the University of Texas squared off against Tyler’s Mark Triggs, who was playing for SMU. Crenshaw won a competitive match against Triggs, one of the best players ever from Tyler.

“I just remember one long par 3 where I was on the green in regulation and he had this long bunker shot,” Triggs said. “I felt sure I was going to win that hole and then he hits this blast up for a gimme. So now I am hoping to make my putt for a win while wanting to be careful so at least I tie the hole. It’s hard to beat somebody playing like that.”

Holstead won the Champions Cup in Houston and also had a second- and third-place during a 20-plus year run when he played in the event each spring. He also won a Texas Mid-Amateur championship at Hollytree Country Club in Tyler in 1986 and finished just a shot or two shy of winning the Texas Senior Amateur in 2013 at Willow Brook.

“The first time I ever came to Tyler was when I was in high school and rode down with Rocky Thompson to play in the old Briarwood Invitational,” Holstead said. “That was a great tournament back then.”

Holstead recounted his favorite tale from the old beer and barbecue circuit — a delayed finals match at the Vernon Country Club Invitational in the early 1960s. A nine-hole track near Wichita Falls, Holstead said the tournament had a crowded field that caused a long delay before his final nine holes against Dave Eichelberger.

“I was waiting in the clubhouse and decided to get into a dice game. I got on a run at the dice table and was up about $1,600 when they called us to the tee,” Holstead said. “Eichelberger went on to win the tournament but I went home as the leading money winner!”

Holstead shared another funny story about losing to renowned national amateur champion Jay Sigel during a big event at Brook Hollow Golf Club in Dallas during the mid-1980s.

Wanting to catch some of that action, a work colleague of mine from Wichita Falls, Mickey McShan, and I planned to arrive at lunchtime to see Holstead and Sigel go their final few holes.

Instead we found Holstead changing his shoes in the locker room.

“You boys are a little late,” Holstead said as he looked up from tying his dress shoes.

We laughed then and we laughed on the radio show because golf is wonderful in many ways, especially for great memories.

Sutton was next and his slow and measured speech made one listener comment to me later that he thought I had awakened the Ryder Cup star of 1999 who learned the game at Shreveport Country Club.

“That probably was the greatest win of my career,” Sutton said of his win at the 2000 Players when he gamely fought off a challenge from Tiger Woods.

“I saw him hit every shot that last day and he saw me hit every shot,” Sutton said. “And, given that it was toward the end of my career, I have to say that was my best.

“At that point, no one knew what Tiger’s ceiling was or if he even had one and so I felt the weight of the rest of the tour to prove he could be beaten.”

To refresh memories, Sutton was coming off of his sterling performance in the USA’s big Ryder Cup win at The Country Club outside Boston in the fall of 1999 while Tiger was about to begin his “Tiger Slam” later that summer of 2000, winning the U.S. Open, the British Open, the PGA and then the 2001 Masters.

Machock steered the conversation toward playing the game “at the cellular level.”

“I have been to all of the great teachers you can name,” Sutton said. “Ultimately you have to discover what works for you to play well. You are the CEO of your golf game and golf is a lifelong discovery process of how to play better.”

At that point I knew we had a special show because of such takeaways as being the CEO of your golf game and golf being a lifelong discovery process. So I tried to create some drama for the Players that was cancelled in 2020. Could I get Hal Sutton to relive that final hole in 2000 that is commemorated by a plaque in the middle of the 18th fairway at the TPC Stadium course?

“Tiger had the honors due to his eagle on the 16th,” Sutton recalled. “Back then he hit his 2-iron about 260 to 265 yards and sure enough he peeled it around the corner in the fairway. So I had to hit my driver so I would know what I had to do and hit it well just about 10 or 15 yards in front of Tiger. My best drive 10 yards ahead of his 2-iron.

“He played to the green and so I knew I had to hit the green to make par and close him out. I had my hand on the 6-iron and Freddy my caddie knew not to talk about club selection if I put my hand on one club like that. I hit it just the way I wanted and could feel it on the inside. The ball was headed at the flag and I knew the only thing that could hurt me was a puff of wind or something and so I said something I had never said before or after but it just came out — BE THE RIGHT CLUB TODAY!”

For the record, it indeed was the right club.