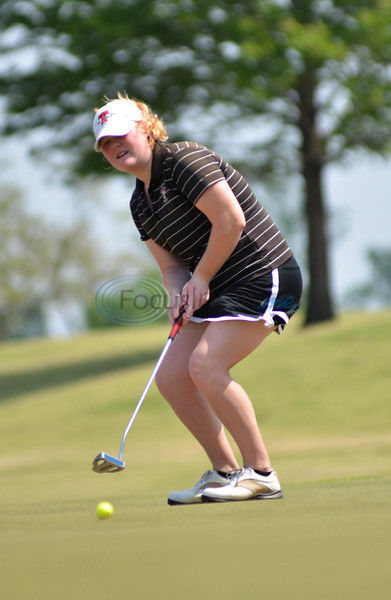 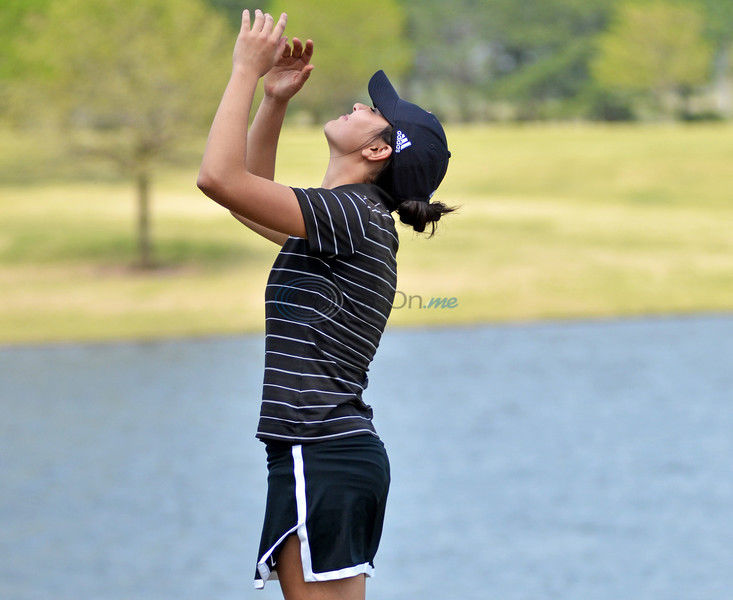 Robert E. Lee senior Ellen Burton looks to the sky in celebration after sinking a long put in the ninth hole on Tuesday during the District 12-5A golf meet at Twin Lakes Golf Course in Canton. (Victor Texcucano | Tyler Morning Telegraph) 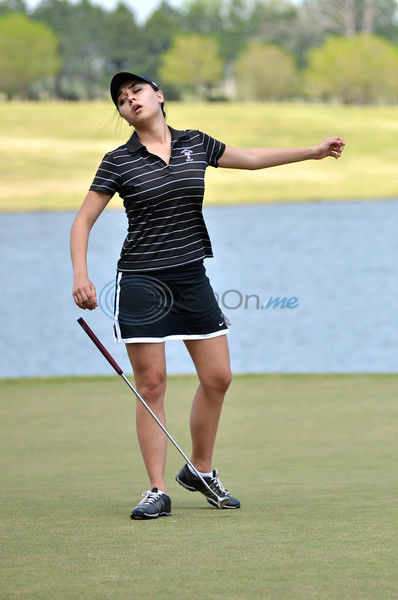 Robert E. Lee senior Ellen Burton looks to the sky in celebration after sinking a long put in the ninth hole on Tuesday during the District 12-5A golf meet at Twin Lakes Golf Course in Canton. (Victor Texcucano | Tyler Morning Telegraph)

The two were slotted in the two regional qualifying medalist positions after Tuesday's opening round of the District 12-5A girls golf tournament.

The second round was rained out Wednesday, meaning Tuesday's first round at Twin Lakes Golf Course will stand as a completed tournament.

That works out fine for seniors Burton and Kipp. Burton was second overall on Tuesday after shooting an 86 with Kipp tied for third after an 88.

Rockwall's Cadie Gaubatz finished as the tournament's individual winner after carding an 81. Lila Robinett of Longview Green was third, along with Kipp.

The top two teams and individual scorers not on those teams qualify for the Class 5A Region II tournament later this month at Cottonwood Creek Golf Course in Waco. Rockwall (374) and Longview Green (385) ran away with the first and second-place positions, meaning those players were not eligible for regional medalist spots.

That means Burton goes by virtue of her second-place finish and Kipp did not need a playoff because Robinett is already going as a member of Longview Green.

"We were without our No. 3 golfer, Alyssa Staples and No. 5, Kate Ragan, so it meant others were forced to move up into those spots," Lee coach Shirley Chandler said. "I think the team was disappointed (that they did not compete), but they went out there and played their own game regardless of the situation.

"Ellen and Kerbey were very much leaders. They stepped up and did what they needed to do."

The shorthanded Lee team combined to shoot a 421, 36 shots behind second-place Longview Green.

The silver lining for REL is Burton and Kipp have done enough to continue their seasons. The Class 5A Region II girls golf tournament is scheduled to start Wednesday, April 17 at Cottonwood Creek Golf Course in Waco.