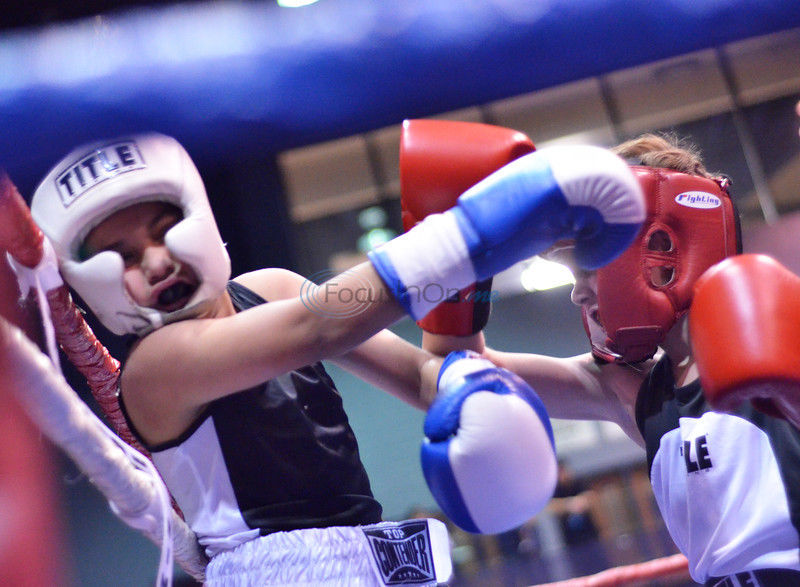 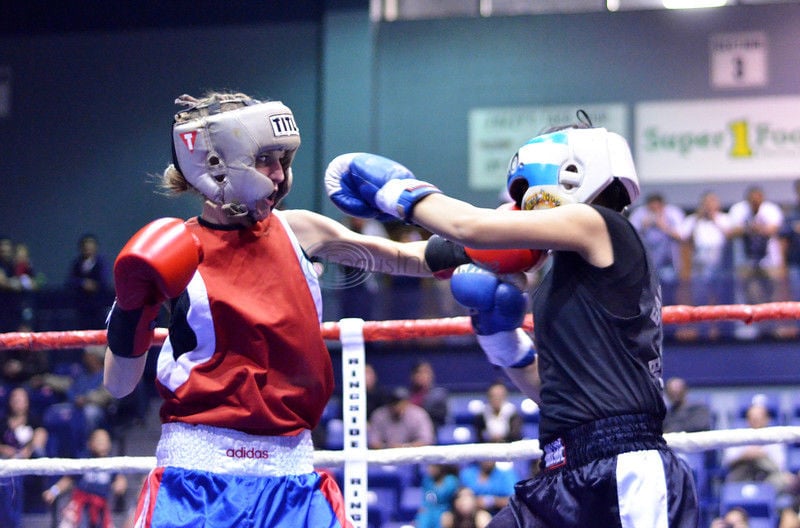 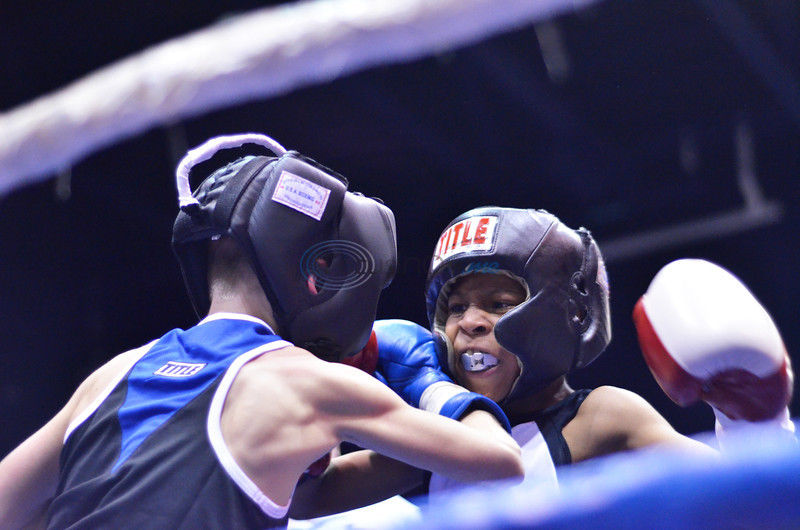 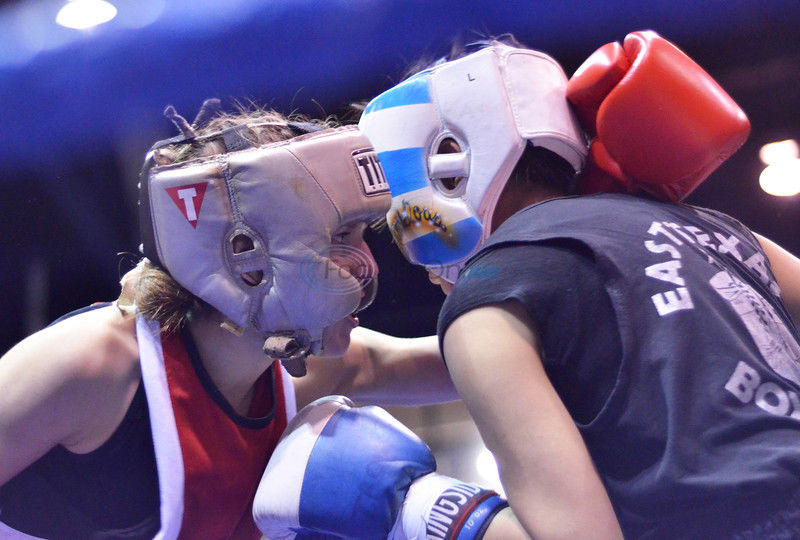 That could describe the second night of the 73rd East Texas Golden Gloves boxing tournament Friday at UT Tyler's Herrington Patriot Center. One of the night's most exciting fights featured two female competitors in the ring, drawing much applause from the crowd for three rounds.

Two female matches were on the schedule, but the first was scratched and not held — but this one made up for the postponed bout.

Troup Boxing Gym's Megan Ybarra and East Texas Boxing Club's Maribel Cerna met in the Female Novice 106-pound weight class, and went after each other nonstop for three rounds. Ybarra wasted little time before becoming the aggressor, charging to the opposite corner immediately after the opening bell while swinging away.

Ybarra, the taller of the fighters, earned the decision in front of a highly entertained audience after continuing to provide the same style of fighting for three rounds against Cerna.

The final night of the East Texas Golden Gloves tournament is set to begin at 7 p.m. today at the Patriot Center. Tickets will be available in front of the arena at 4 p.m. and doors will open at 6 p.m.

Meanwhile, only one Open Division (highest division) match was held Friday night while the others featuring the Novice or All-Comers divisions.

In the Open match, Bravo Boxing's Anthony Bircher and Luv 2 Ball's Javier Navarro met in the 141-pound weight class and went the entire three rounds. The evenly contested match went to a decision, which was given to Bircher.

House of Champions' Curtis Hightower opened the night with his second decision of the tournament, stopping D-Rocks' Ruben DeLaTorre in Men's Novice 165s. The third round was more equal than the first two rounds — DeLaTorre got a few effective punches in - but Hightower still managed to bloody his opponent for the second straight night.

The match preceded two other Novice fights before the All-Comers took to the ring for the first time.

The second fight featured Bravo Boxing's Xavier Ward and Troup BG's Ke'Aundre Watkins in the 178-pound class — one of the night's most exciting fights. Ward and Watkins traded big-time punches throughout the match, during which each fighter appeared tired in the third round prior to Watkins winning the decision.