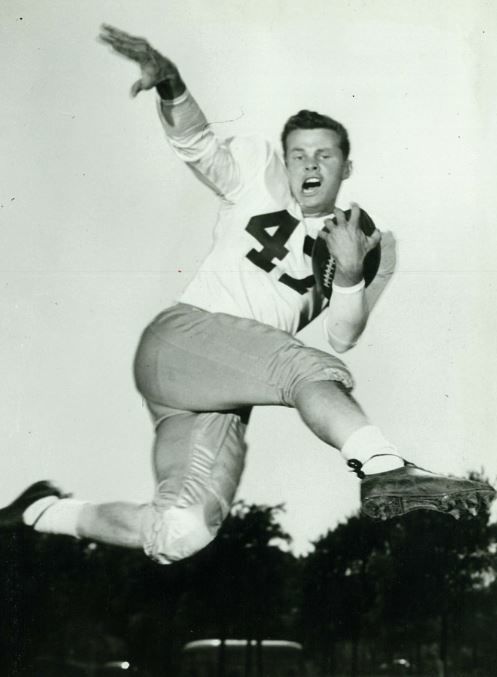 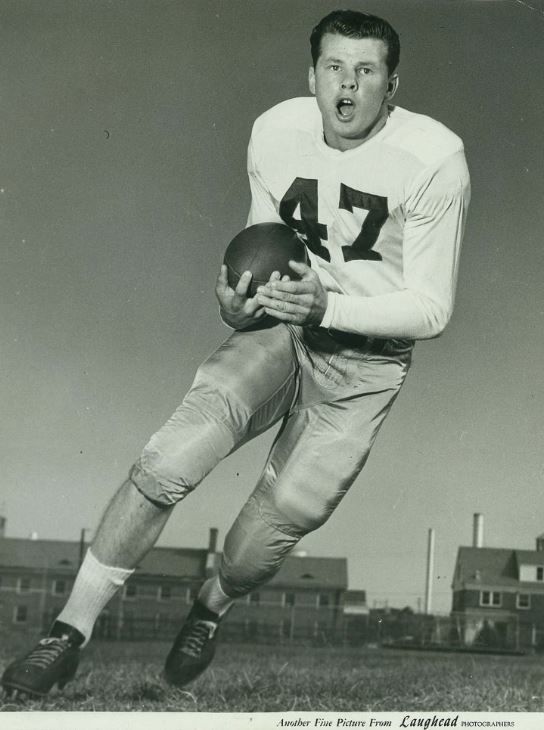 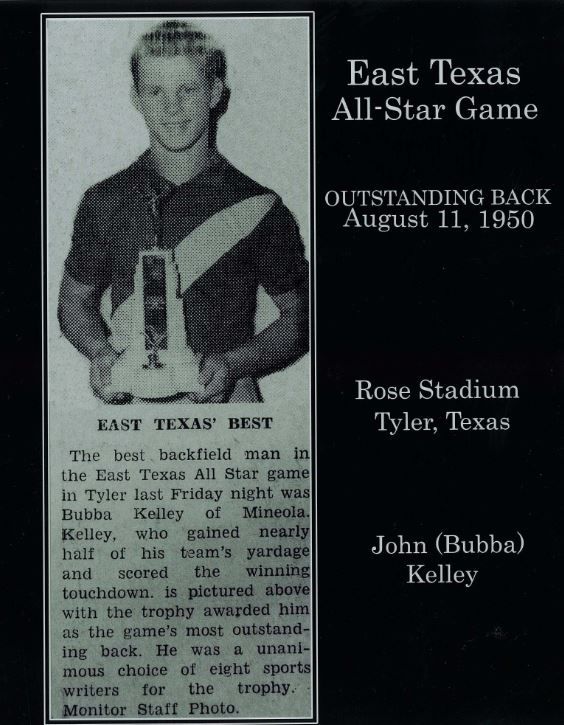 John "Bubba" Kelley was an all-state football player at Mineola High School and MVP of the 1950 All-Star Game held in Tyler. 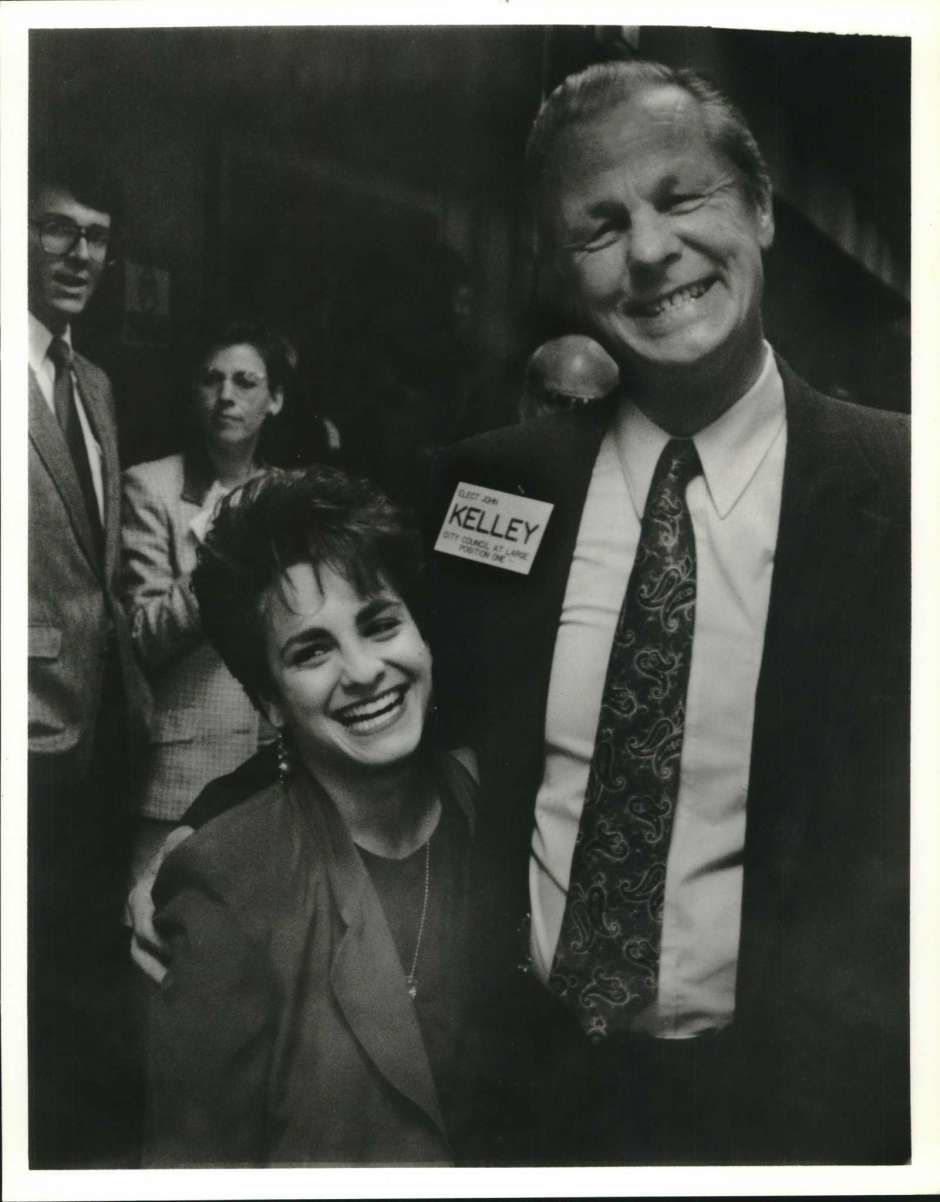 John “Bubba” Kelley was an all-state football player at Mineola High School. He is shown with his daughter-in-law at the time, Olympic gymnast Mary Lou Retton. 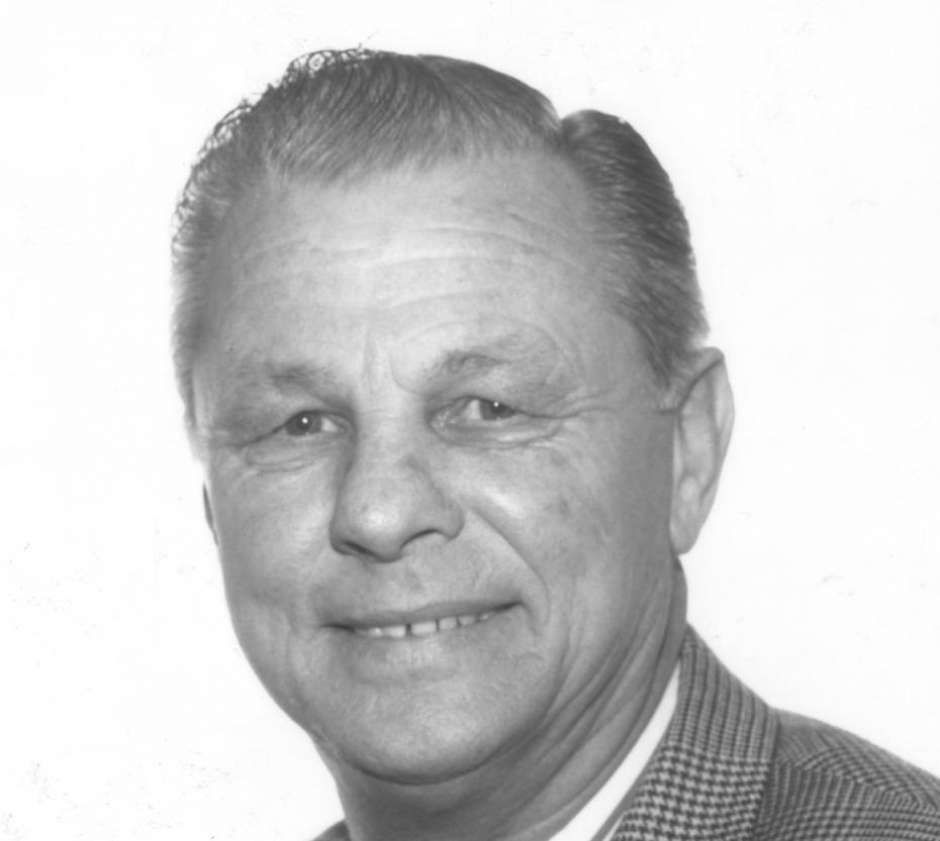 John "Bubba" Kelley was an all-state football player at Mineola High School and MVP of the 1950 All-Star Game held in Tyler.

John “Bubba” Kelley was an all-state football player at Mineola High School. He is shown with his daughter-in-law at the time, Olympic gymnast Mary Lou Retton.

I don’t remember when I first met Bubba Kelley, but he was someone I never forgot. I believe I first shook hands with him in the Meredith Memorial Stadium press box in Mineola several years ago.

The Mineola native had a great sense of humor and gregarious personality. Once you knew him, he was a friend for life.

Mr. Kelley, whose given name was John, passed away last week at 86 in Houston, his daughter said. His passing brought back such memories of talking with him over the years.

He went from a standout football star at Mineola High School to an accomplished boxer to college football player to a member of the Texas High School Football Hall of Fame to a Houston city councilman. He even led the effort to get the Olympics to Houston.

Back in the late 1940s, Kelley as a 16-year-old senior rushed for 1,461 yards on only 144 carries (10.1 average) and was named to the all-state team after leading the Yellow Jackets to the Class 1A quarterfinals, where they lost to Garland on penetrations.

As his bio at the THSF Hall of Fame states: amazingly, Kelley almost single-handedly outscored Mineola’s competition, which tallied 139 to his 137. He was selected to play in the 1950 East Texas All-Star Game in Tyler and earned the Outstanding Back Award when he rushed for 99 yards and scored the winning touchdown in the North’s 7-6 victory.

There, Tyler Junior College coach Floyd Wagstaff tried to persuade Kelley to stay in Tyler and play football and basketball for the Apaches.

But SMU coach Matty Bell, who guided the Mustangs under Doak Walker, got Kelley to come to the Hilltop. Before Kelley arrived, Bell retired and Rusty Russell took over the Ponies. Kelley’s promising football career at SMU ended prematurely when he suffered a severe back injury.

Along with being an outstanding football player, he loved boxing. He was the first person to compete in the Texas Golden Gloves Tournament in three different weight classifications.

After his football injury in Dallas, he transferred to Baylor University, where he graduated in 1955 with a geology degree.

Kelley served in the U.S. Army and held a host of jobs, working for Texaco and Tenneco, owning a tire store and a restaurant, and working in real estate. He also promoted youth sports programs, and spearheaded Houston’s unsuccessful bid to host the 2012 Olympics. He ran for Congress in 2004.

He represented West Houston for two terms on city council in the mid-1990s and served as a board member for the Houston Touchdown Club for almost 40 years.

His son Shannon Kelley, a former quarterback at the University of Texas at Austin, was married to 1984 Olympic Gold Medalist Mary Lou Retton before they divorced in 2018.

Mr. Kelley was inducted into the Texas High School Football Hall of Fame in 2006.

Services for Mr. Kelley are planned for Friday, Jan. 24 at Forest Park Westheimer Funeral Home in Houston, starting at 2 p.m.