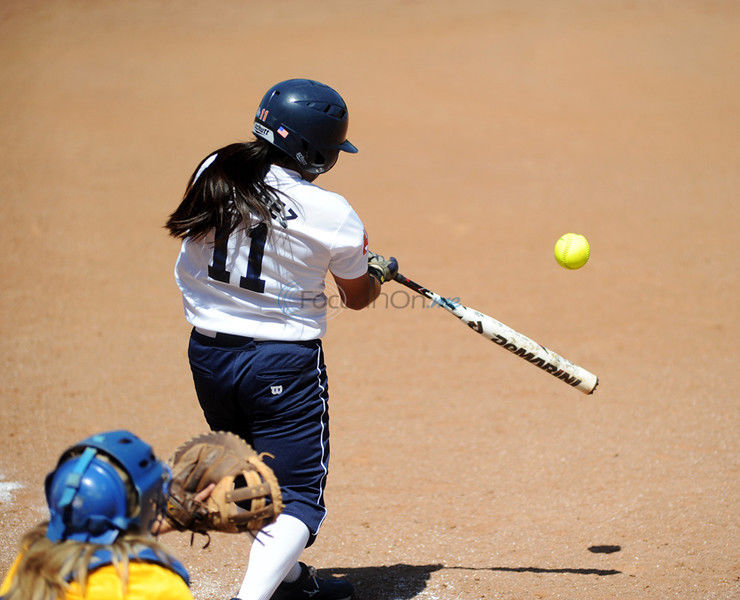 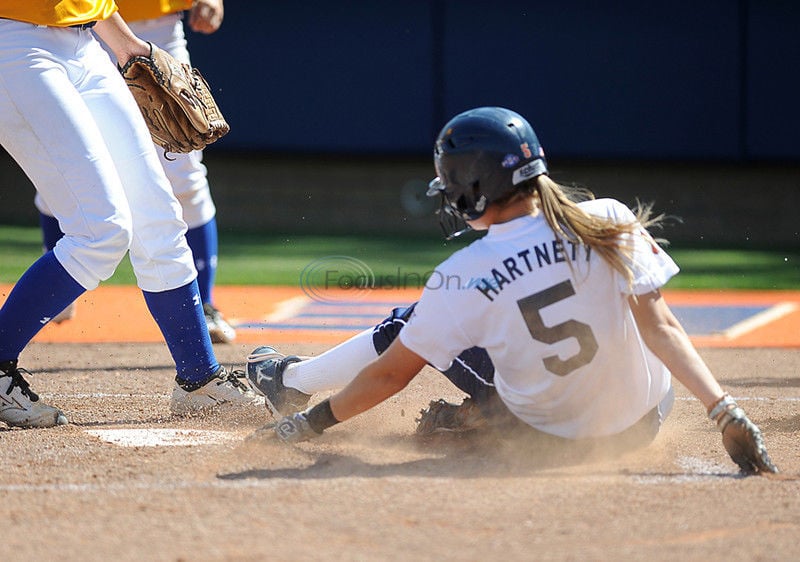 UT Tyler junior Christa Hartnett slides safely to score the opening run of the game against LeTourneau in their ASC tournament game on Thursday at Suddenlink Field. (Victor Texcucano/Staff)

UT Tyler junior Christa Hartnett slides safely to score the opening run of the game against LeTourneau in their ASC tournament game on Thursday at Suddenlink Field. (Victor Texcucano/Staff)

Nonetheless, the No. 1 seed UT Tyler Patriots rallied to score a 5-4 win over the YellowJackets in the American Southwest Conference Softball Tournament at Suddenlink Field.

LeTourneau (17-25) bounced back to eliminate Concordia-Texas in the night game, 9-0.

The YellowJackets, the No. 8 seed, will play the loser of UT Tyler-LC at 4 p.m. today.

Other results on Thursday saw No. 2 East Texas Baptist defeated No. 7 Concordia-Texas 4-0, and No. 5 Hardin-Simmons eliminated No. 6 UT Dallas, 4-0.

Other games today include ETBU vs. No. 3 Mary Hardin-Baylor at 1 p.m. and the night game has Hardin-Simmons meeting the loser of the ETBU-UMHB game at 7 p.m.

It was the fourth straight win for the Patriots over LeTourneau this season, all by one run. UT Tyler won previous games 2-1 (9 innings), 2-1 and 1-0.

In the second innings, the Patriots’ KK Stevens got the scoring started with a sacrifice fly to center field, scoring pinch-runner Devon Walter.

LeTourneau answered right back in the top of the third, scoring four runs in four consecutive at-bats, taking a 4-3 lead.

The YellowJackets loaded the bases and Taylor Kaderli, who had singled, scored on Courtney Matulis’ single. Anna Winter’s fielder’s choice brought in Megan Hill and UT Tyler’s lead was cut to 3-2. A passed ball allowed Whitney Judd to score to tie the game at 3-3.

The Patriots got out of the inning when Stevens threw out Glover attempting to steal.

UT Tyler tied the game at 4-4 in the fifth when Raven Rodriguez’s single up the middle score pinch-runner Karley Geiger.

Rodriguez came through in the sixth, driving in Shelby Shelton with an infield single that gave the Patriots a 5-4 lead.

Kelsie Batten (25-3) got the win in the circle, striking out three.

Matulis (1-5) was tagged for the loss in relief of Kelli Parton.

Robenalt had two hits and two RBIs for UT Tyler. Other hits for the Patriots were Rodriguez, Jackie Mendez, Shelton, Hartnett and Stevens.