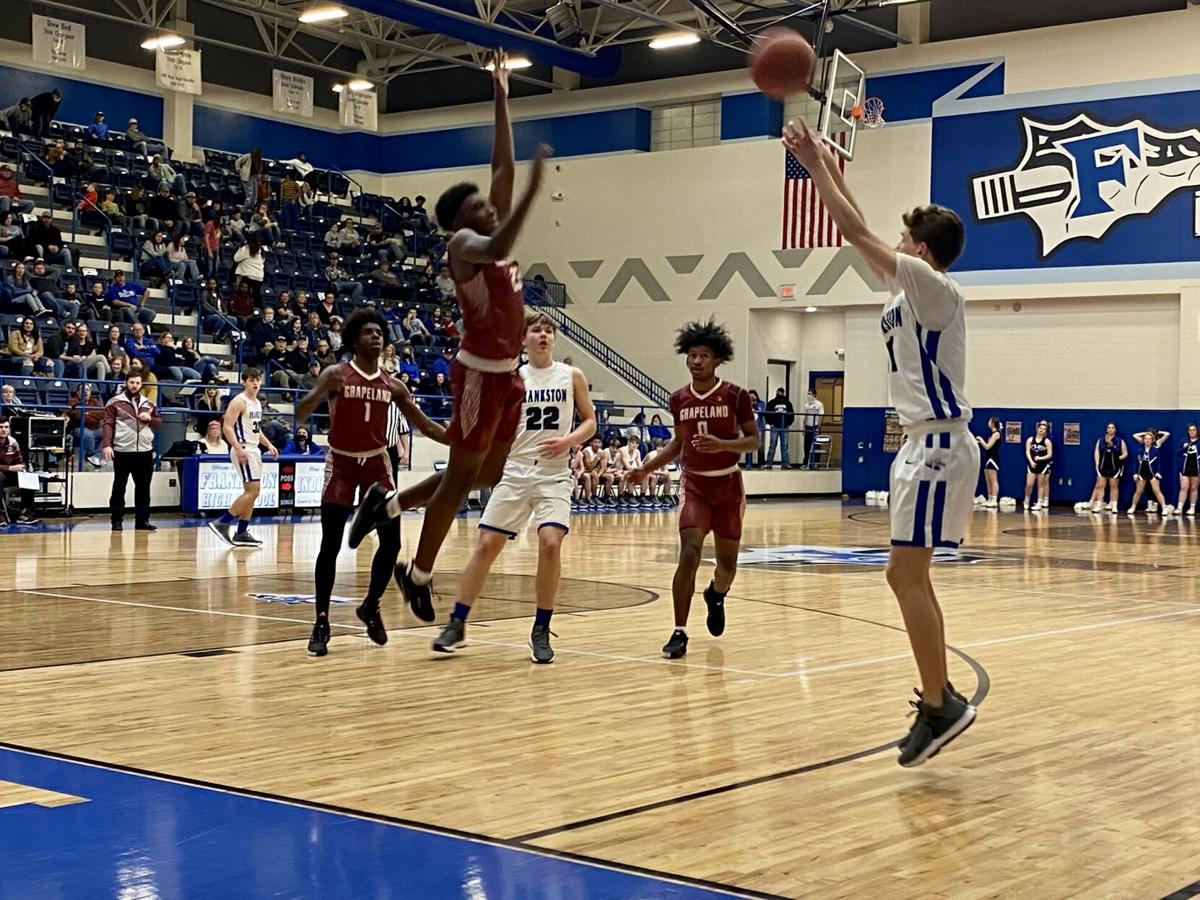 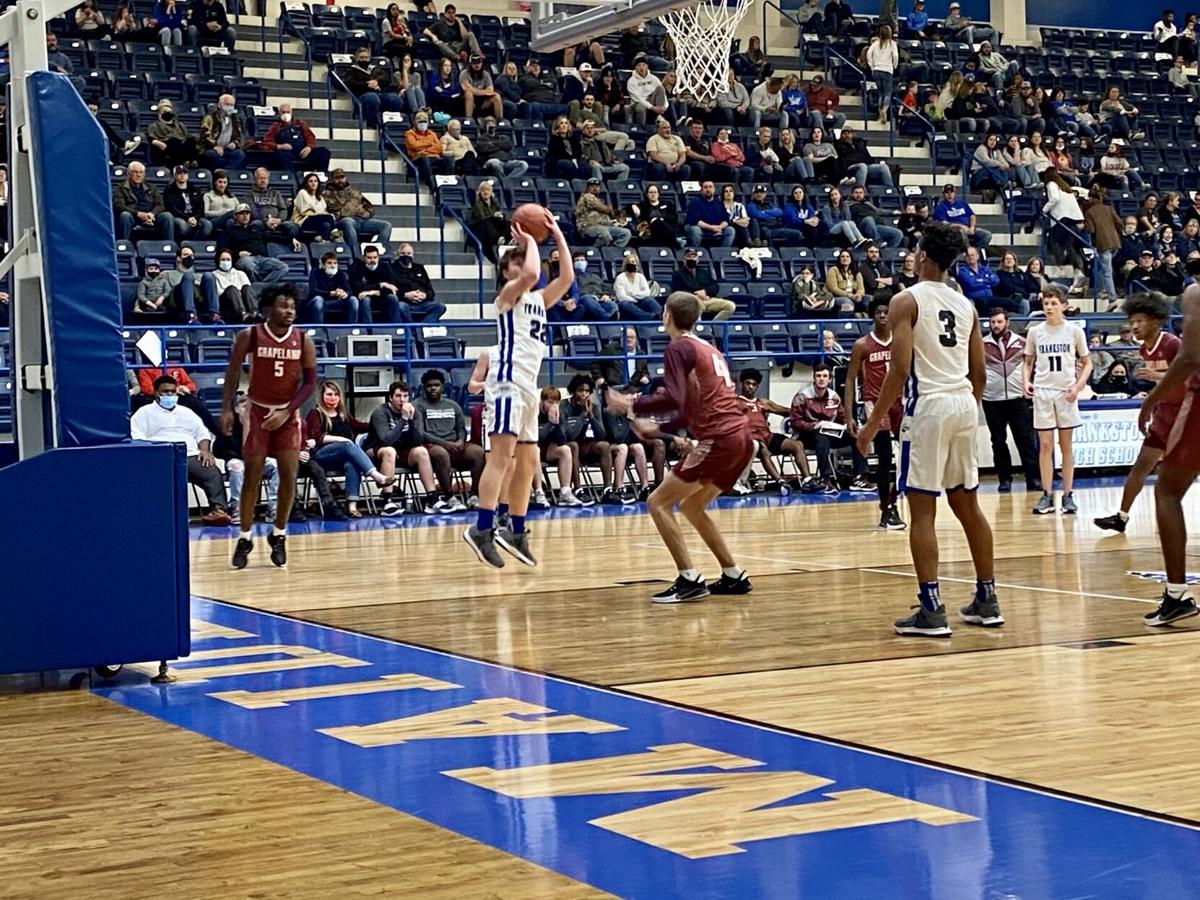 Frankston's Cael Bruno puts up a shot against Grapeland in playoff action Saturday night in Frankston. 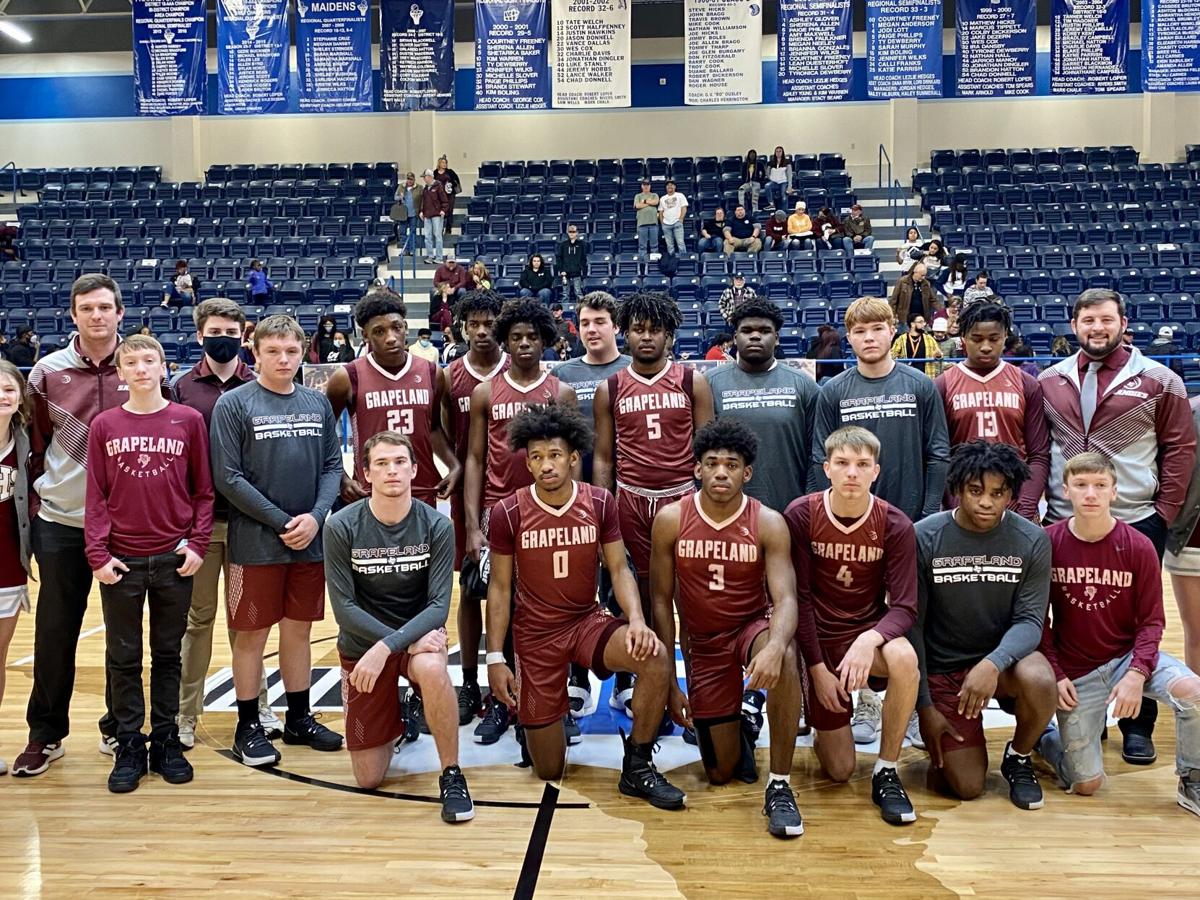 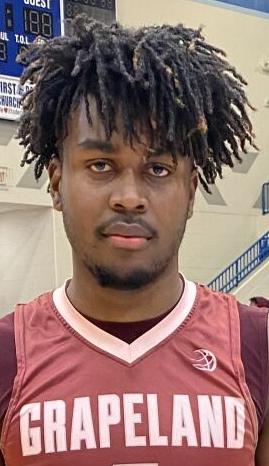 Frankston's Cael Bruno puts up a shot against Grapeland in playoff action Saturday night in Frankston.

FRANKSTON — BJ Lamb and his family lost their home to a fire just days before his team was set to open the playoffs.

On Saturday night, Lamb knocked down seven 3-pointers and scored a game-high 33 points as he helped the No. 3 Grapeland Sandies go on the road to take an 87-68 bi-district win over Frankston.

“We had a good practice, and I knew it was going to be a good game for me,” Lamb said. “I pushed my house past me, and I focused on the game the whole week.”

Grapeland superintendent Don Jackson and athletic director/head football coach Terry Ward expressed their feelings on the situation and stated that they and the rest of the Grapeland community are there to help Lamb and his family any way they can.

“It’s a blessing,” Lamb said. “I’m thankful for everything they’ve done for me.”

Grapeland head coach Blake Doughty said he was happy to see Lamb’s performance during such a trying time and that it showed the type of character he possesses.

“I couldn’t be more thrilled for who he is. And who he is is going to help him get through the adversity and things that are hard. Basketball is great. Football is great. But we’re talking about life.”

The playoff opener for the Sandies was originally supposed to be at Palestine and then at Rusk. But when weather, electrical and water issues mounted, the Sandies and Frankston Indians settled on flipping for home-and-home. Frankston won the coin flip and got to host the game, but the Indians had no answer for Lamb.

Grapeland jumped out to an 11-2 lead as Lamb hit consecutive triples, and Riley Murchison followed with a three of his own on an assist by Lamb. Loebig and the host Indians began to battle back.

Loebig knocked down a jumper, and after another three by Lamb, Loebig assisted a bucket by Isaiah Allen and then turned a steal into a 3-pointer. Following a basket by Grapeland’s Cadarian Wiley, Loebig hit a floater in the lane and then knocked down another triple to cut the score to 16-14.

With Grapeland leading 21-18 and less than a minute left in the opening quarter, Lamb knocked down his fourth triple of the quarter and then stole the ball and went down and threw down a dunk on the other end. Loebig then missed from downtown but followed his miss for the putback. With Frankston trying to score one final time in the opening frame, Lamb got another steal and drained another three as time expired to give the Sandies a 29-20 lead.

Frankston hit five free throws in the first 1:30 of the second quarter to cut the score to 31-25. After Lamb and Benton Allen had putbacks for their respective teams, Grapeland went on a 14-0 run with Lamb nailed two more threes in that span. Grapeland led 54-32 at halftime as Lamb had seven 3-pointers and 25 points in the first half.

“He didn’t miss anything in the first half,” Frankston head coach Scott Albritton said of Lamb.

Frankston got a running floater from Isaiah Allen and a steal and layup by Caleb Ramsey in the final 20 seconds of the third quarter to make the score 73-49. That was part of a 17-2 run by Frankston that extended into the fourth quarter to trim the score to 75-62 with 3:46 remaining. Wiliey and Keizion Ashford put in three quick baskets to stretch the lead to 81-62 to help close out the first-round victory.

“We’ve been preparing for this moment,” Doughty said. “Here is what I love about my guys. They’ll shoot a rock, and they’ll play anywhere you want to play. For them, it doesn’t matter one bit.”

The Indians, who lose just one senior — Brink Bizzell, ended their season with games against the No. 4 (LaPoynor), No. 1 (Martin’s Mill) and No. 3 (Grapeland) teams in the state.

“Playing three of the top four teams in the state back-to-back-to-back is a daunting task for any team,” Albritton said. “One thing I will say is they fought to the end in all three games and gave me everything they had, and that’s all I can ask for. I’m just so proud of the way they finished the season and the way they handled the pressure.”

Grapeland (24-1) will face Rapoport or Mart in the area round. A win there could match Grapeland against No. 1 Martin’s Mill in the regional quarterfinals. Martin’s Mill took a 90-41 win over Lovelady earlier on Saturday at Frankston.