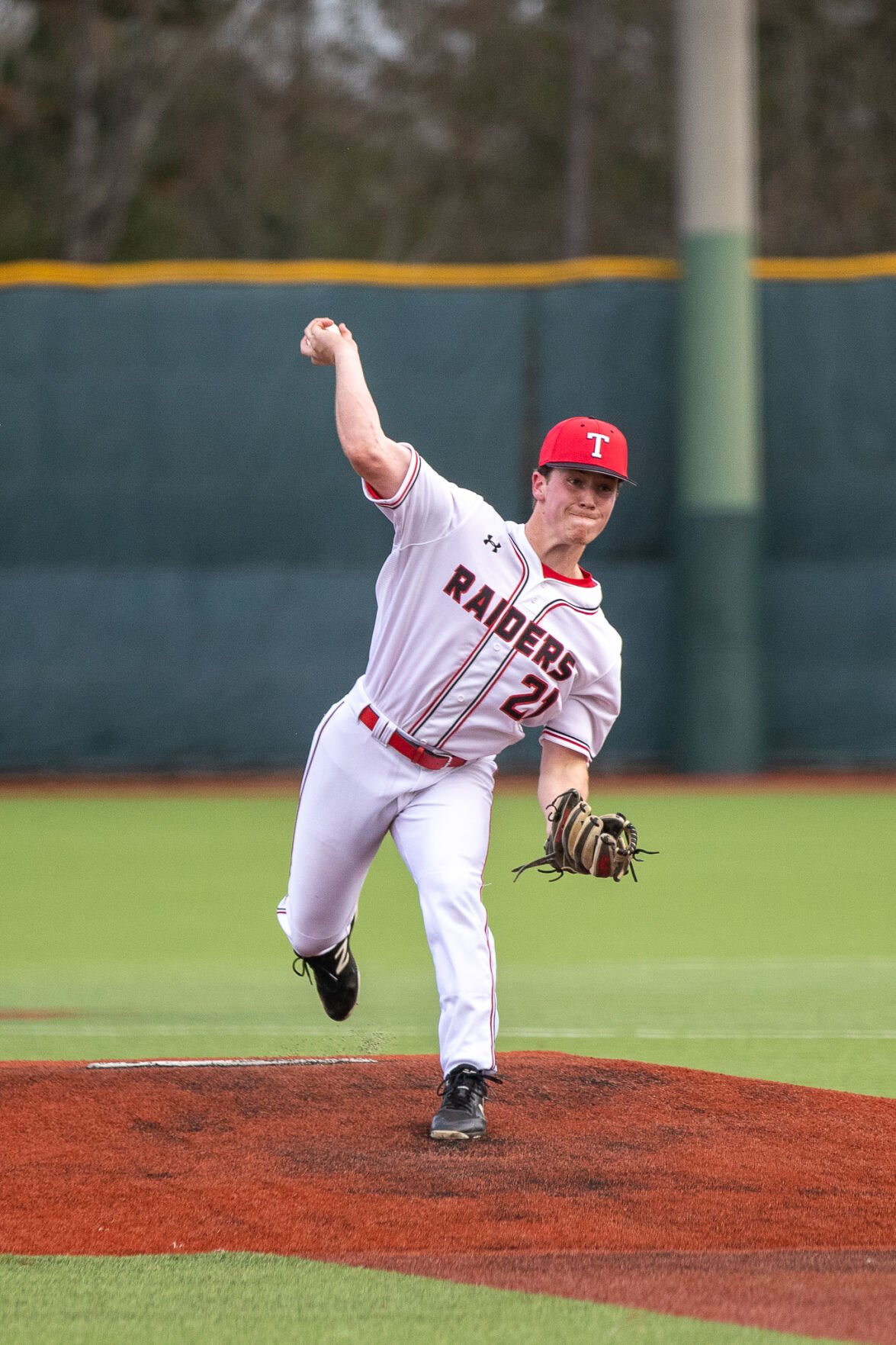 Tyler Legacy Jackson Newhouse threw a one-hit shutout in a 1-0 victory over Allen at Mike Carter Field in Tyler Tuesday. 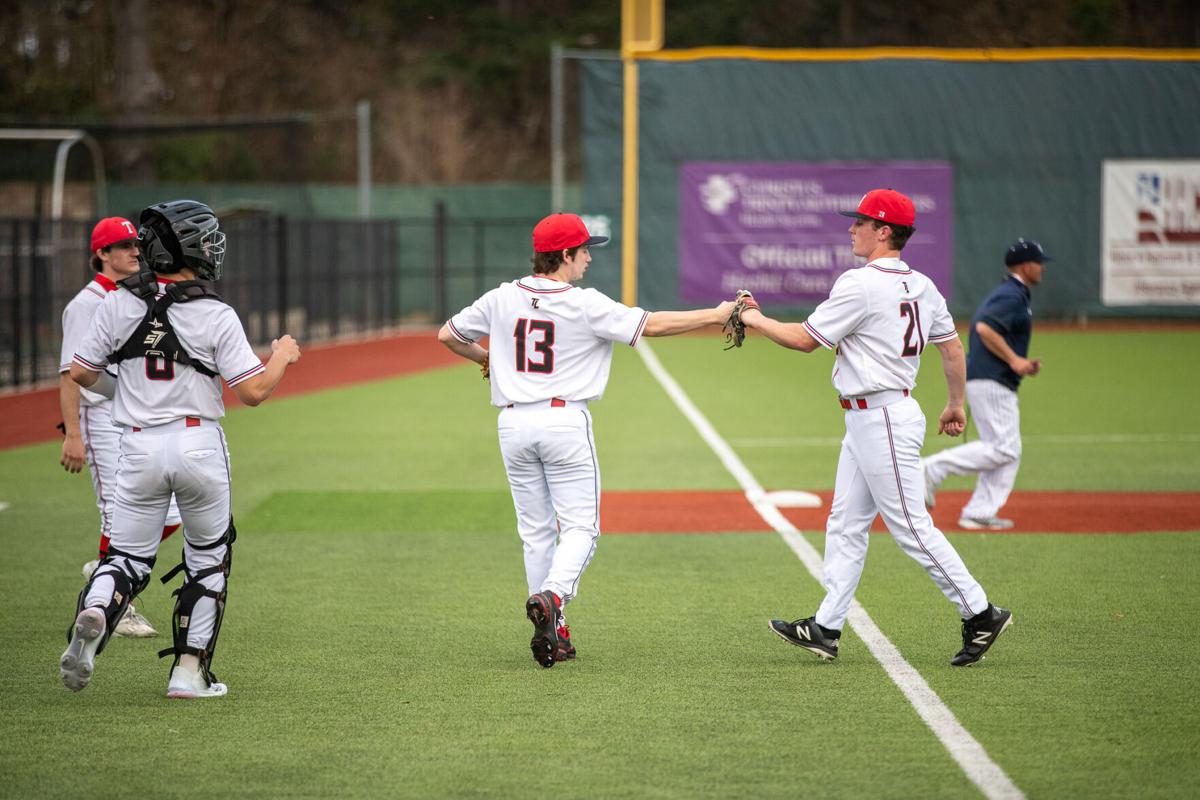 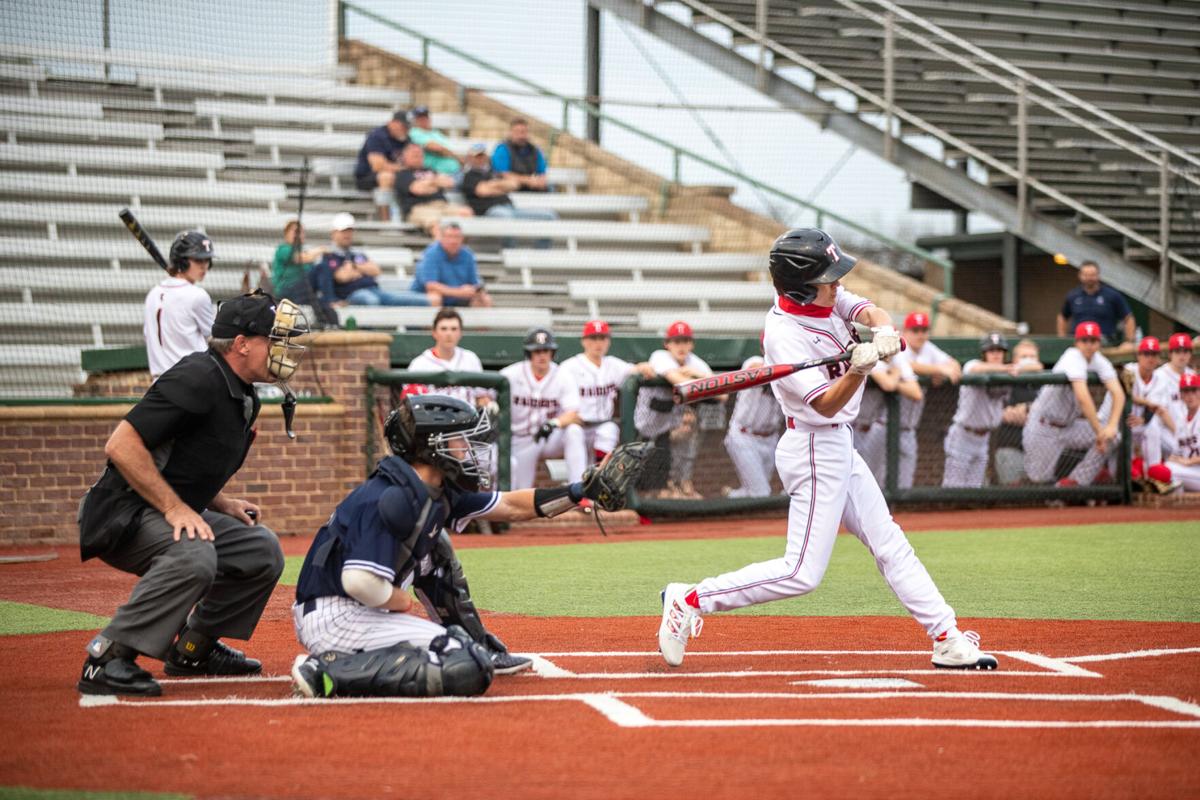 Tyler Legacy’s Tyler Priest swings in the 1st inning against Allen as the Red Raiders earned a 1-0 victory at Mike Carter FIeld. 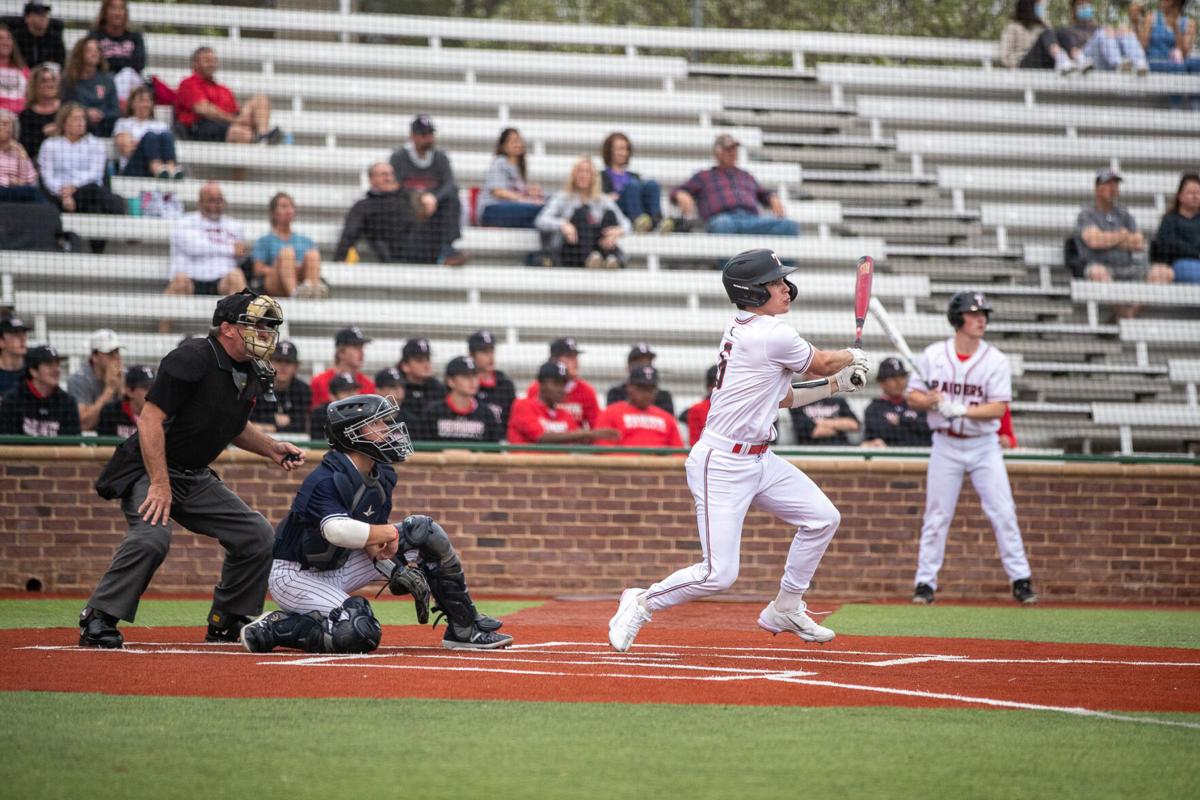 Tyler Legacy Jackson Newhouse threw a one-hit shutout in a 1-0 victory over Allen at Mike Carter Field in Tyler Tuesday.

Tyler Legacy’s Tyler Priest swings in the 1st inning against Allen as the Red Raiders earned a 1-0 victory at Mike Carter FIeld.

Jackson Newhouse threw a gem on the mound and also drove in the game’s lone run as the Tyler Legacy Red Raiders picked up a 1-0 victory over Allen Tuesday night at Mike Carter Field.

“We played lights out,” Legacy baseball coach James Boxley said. “That’s a good ball club. I had the feeling it was going to be a tight ball game. Jackson had been throwing well coming in, and that’s their No. 1, so I figured we would have a tight ball game.”

The game lasted just more than an hour and 20 minutes.

Newhouse allowed just one hit in the complete-game effort with three strikeouts and two walks.

“Pretty much all of my pitches were on tonight,” the senior right-hander said. “Coach told me to just go out there and throw strikes and let my defense work. They worked awesome tonight. They supported me throughout the way. We didn’t make any mistakes and that’s what you want to play like.”

The Red Raiders had no errors in the contest and also had some highlight-reel plays by shortstop Ethan Smith.

“He has been good all year,” Boxley said. “We like how we can line it up defensively, but we certainly like when the ball is going his way.”

On the other side, lefty Brett Tanksley was also solid on the mound for the visiting Eagles (9-6-1). Tanksley allowed one run on four hits with five strikeouts and no walks in six innings of work.

The Red Raiders got runners on first and third against Tanksley in the third inning. Andrew Nick led off with a single, and Tyler Priest had a two-out hit. However, first baseman Ben Greer made a play on a ball hit by Smith to end the frame.

In the fourth inning, Hill led off with a single. After two outs, Newhouse came through with an opposite-field double to right field to score Hill to give the Red Raiders a 1-0 lead.

“It was a big hit,” Newhouse said. “The pitcher pitched a really good game, so any run and any hit is big.”

The lone hit Newhouse allowed was a two-out double to Cam Lott in the fourth inning, which was followed by a diving grab by Smith.

Austin Beck led off the fifth with a walk, but the Red Raiders quickly erased him with a double play. That was the last baserunner Newhouse allowed, and he finished the game with a strikeout of Tim Reynolds.

Priest, Hill, Newhouse and Nick had the hits for Legacy.