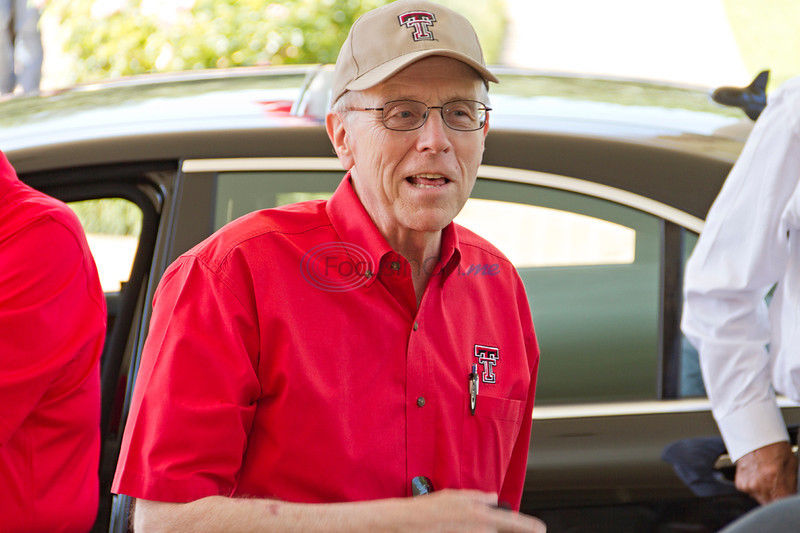 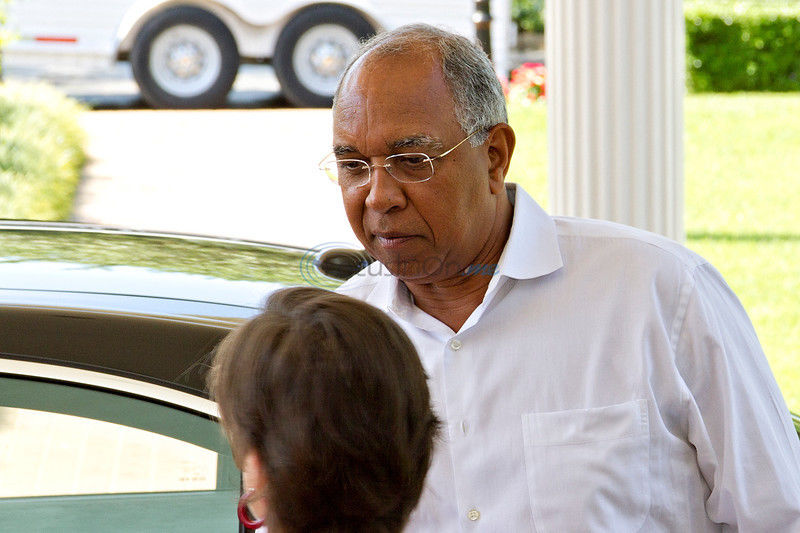 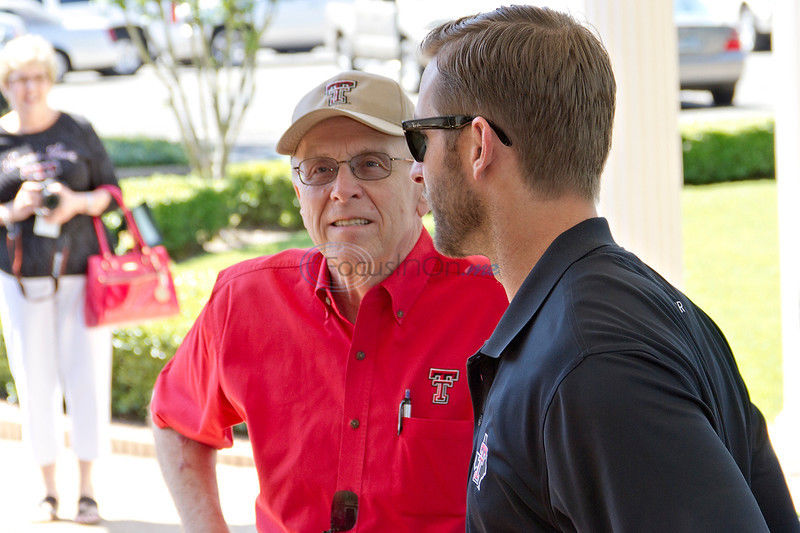 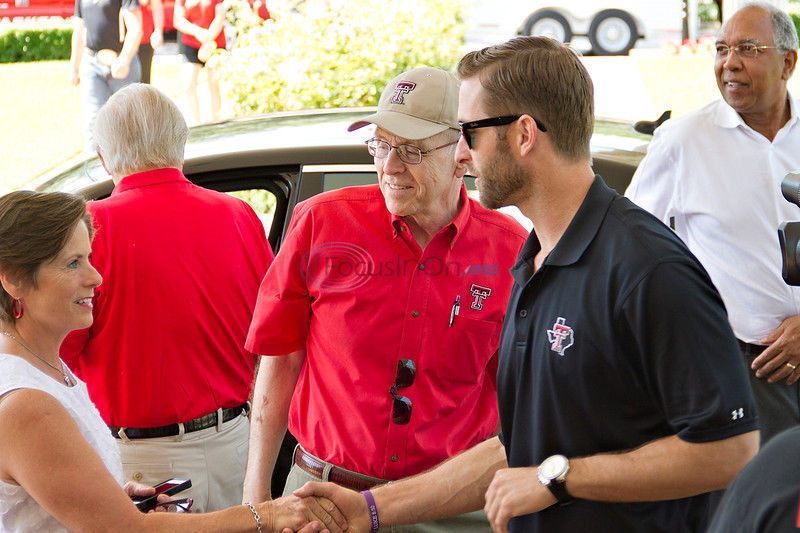 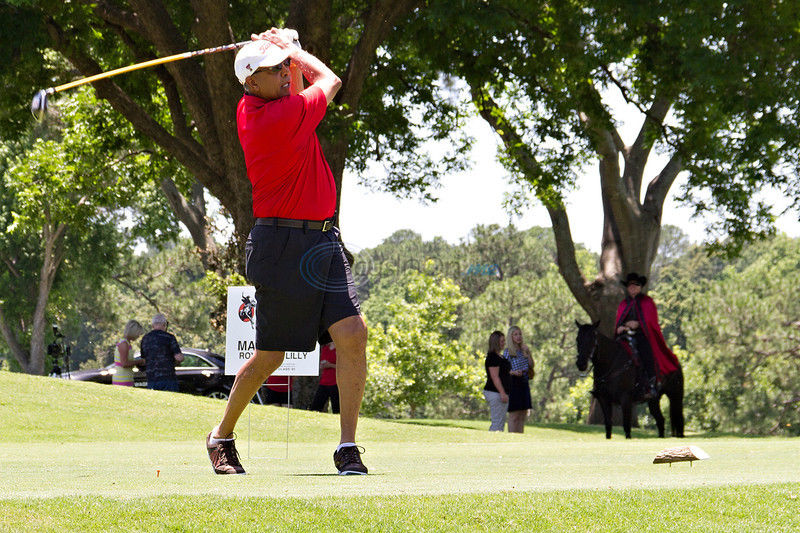 Texas Tech has been busy the last few months reshuffling its coaching staff.

Two of those positions have been filled with Tech alumni coming back to their alma mater. Former quarterback Kliff Kingsbury takes over the football program and former Lady Raiders point guard Candace Whitaker is taking over the women's basketball program. As for men's basketball, Tech was able to hire a coach with a national championship on his r￩sum￩ with Tubby Smith now coach of the Red Raiders.

Kingsbury and Smith were in Tyler on Monday afternoon as guests of honor and speakers for the Ninth Annual J.L. Gulley Jr. Memorial golf tournament at Willow Brook Country Club.

Before addressing the alumni, both Kingsbury and Smith took time to answer some questions from the Tyler Morning Telegraph about East Texas, the direction of their programs, recruiting and what Tech fans can expect from the 2012-13 season.

First up was Kingsbury, who takes over a Texas Tech football team that finished 8-5 and defeated Minnesota in the Meineke Car Care Bowl. Kingsbury was offensive coordinator at Texas A&M last year helping to shape the Aggie offense into a juggernaut and Johnny Manziel into a Heisman Trophy winner. Prior to that he helped turn Houston's Case Keenum into the most prolific passer in NCAA FBS history. Now he is looking to bring back the same offensive explosion back to Lubbock.

TMT: Coach Kingsbury, how happy are you to be back with your alma mater and bringing back the "Air Raid" offense that you helped make famous under Mike Leach?

KK: There are five coaches on our staff who played (at Tech), so there is a lot of passion in this group. I think the kids are fired up and they ran a similar offense, the spread offense, so they recruited to that offense, so the talent is there. We just have to make it happen.

TMT: Does it help you in recruiting knowing that you coached guys like Manziel and Keenum?

KK: I hope so. I think the system we run as an offense is a quarterback system. I got to play in a similar system and I can't imagine any quarterback that would want to play in any other system.

TMT: So who is the next Manziel or Keenum in Lubbock?

KK: We will find out. We are still sorting through that.

TMT: You just completed spring ball. What are your expectations for next season?

KK: They're high. We expect to win. We all came out there to win and win early. We are not in the rebuilding situation and things of that nature. We like what we've seen on campus and we just have to get it going.

TMT: You signed Whitehouse receiver Dylan Cantrell in February and recently received an oral commitment from Wildcats quarterback Patrick Mahomes. What is it about Whitehouse?

KK: They've got really good players and their staff has done a tremendous job and they run a really good offense there that we like to watch.

Smith comes to Lubbock after coaching the past six years in the Big 10 with Minnesota. He led the Gophers to three NCAA Tournament appearances and two NIT berths. The Red Raiders went 11-20 last year and haven't experienced a winning season since 2010. Tech is also 13-55 in Big 12 play since 2010.

TMT: Coach Smith, What is the biggest challenge you face?

TS: You have to change the culture to a winning attitude. We've got a good group of kids, a good nucleus and I thought they played well last year in some games. They need some leadership and its starts at the top. I think the coaches previously, Billy Gillispie had it going and was getting it turned around and Chris Walker, being the interim, is always a tough job.

But I am putting together a good staff and recruiting is the most important thing. If we can do a good job with that — and we're off to a good start so far.

TMT: Are you looking to really look at the JUCO ranks for recruiting?

TS: Absolutely. Texas has the best junior college programs in America and certainly the East Texas area with Tyler and a lot of the other junior colleges are outstanding. We look forward to visiting with a lot of these coaches and seeing some of these teams play.

TMT: What are some of the goals you've set for yourself and your program in this first year?

TS: Goals are things you put in front of people, but we are more concerned with a purpose. Why are they there? They're there to get an education, to play basketball and to become young men who will represent their families and their communities the right way. If we do those things then winning is a byproduct of the passion these kids have.

Hopefully we will be a much better team than we were last year and put more (notches) in the win column because that is critical, but it is going to take some patience — on my part — to make sure we grow this.

TMT: You've been in the SEC, the Big 10 and now the Big 12. How do you think the Big 12 will differ from those conferences?

TS: I also was in the Missouri Valley Conference too so I've been around, but obviously the Big 12 is one of the best conferences in America. Kansas, I believe has won the Big 12 eight or nine years in a row, so they're the standard bearer for this conference. This league has a lot of balance. I look at the teams that went on to (tournament) play: Kansas State, Oklahoma State, Oklahoma, Iowa State, and Baylor won the NIT last year, so there are a lot of outstanding coaches and a lot of talented players. We know we have a lot of catching up to do.