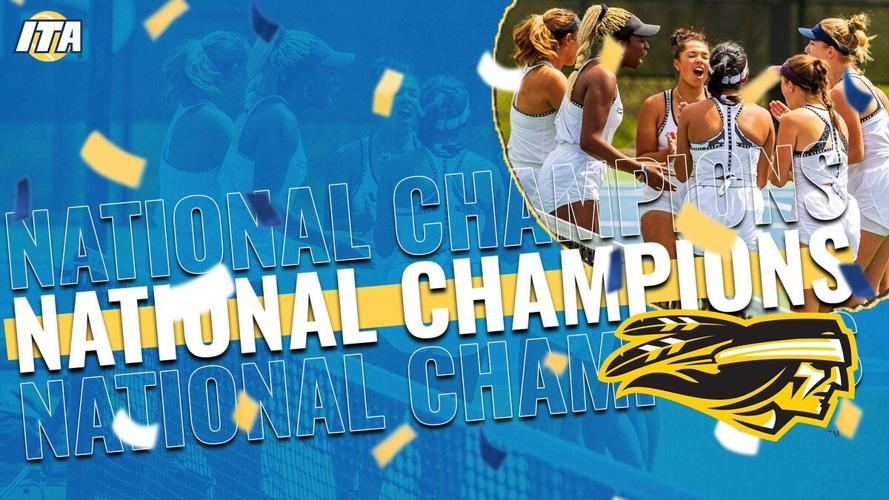 TJC won the NJCAA Division I Women’s National Tournament by scoring 46 points to 45 by Hillsborough (Florida) on Tuesday at Reffkin Tennis Center in Tucson, Arizona. The victory extends the Apache Ladies’ JUCO record for national tennis titles to 21. It is the second consecutive crown for the Apache Ladies, having won last year in Mesa, Arizona.

Overall, it is the 68th national championship in the school’s sports history.

The duo finished second in Flight 1 doubles as did Arends-Wild in Flight 2.

TJC has also the most Top Five finishes with 44 with Broward (Florida) second with 20.