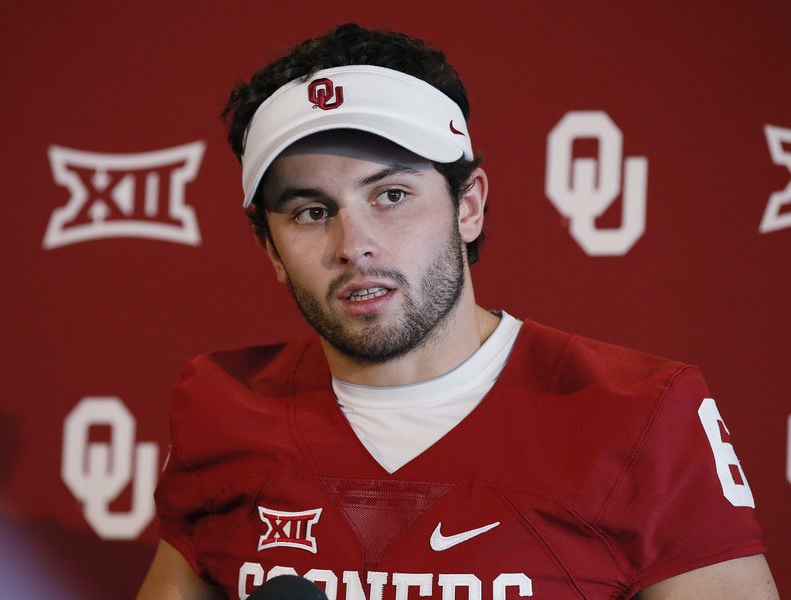 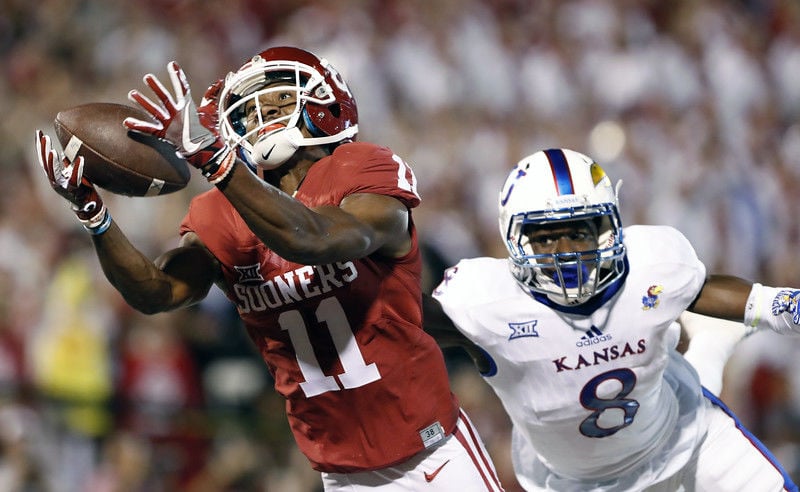 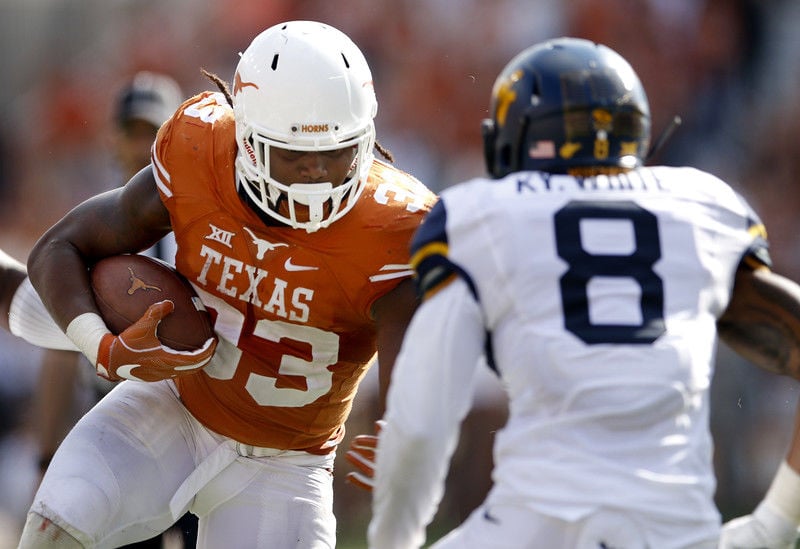 Texas running back D'Onta Foreman of Texas City is a finalist for the Earl Campbell Tyler Rose Award. (James Gregg/Austin American-Statesman via AP) 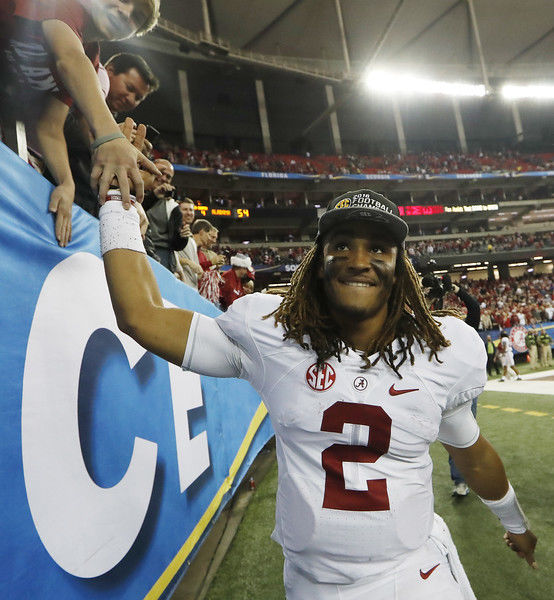 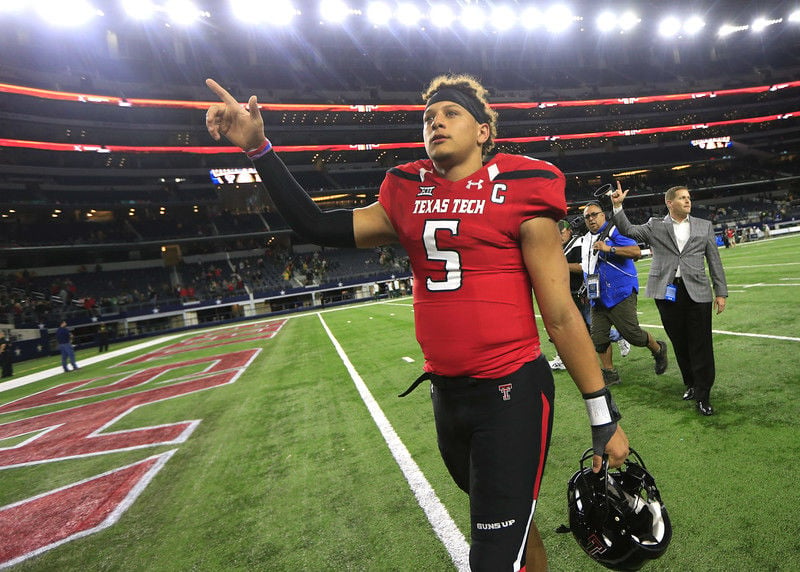 Texas running back D'Onta Foreman of Texas City is a finalist for the Earl Campbell Tyler Rose Award. (James Gregg/Austin American-Statesman via AP)

Two Heisman Trophy candidates, the leading passer and rusher in the nation and the quarterback of the No. 1-ranked team are the five finalists for the fourth annual Earl Campbell Tyler Rose Award, Cindy Smoak, vice president of SPORTyler, announced on Thursday.

The winner will be announced at the award banquet in Tyler on Jan. 11.

Both Mayfield and Westbrook are finalists for the Heisman Trophy, while Mahomes was the recent winner of the Sammy Baugh Award.

Fans can vote at www.Earlcampbellaward.com (one vote daily).

In addition, the nominee must meet one or more of the following criteria: be born in Texas, graduated from a Texas high school and/or played at a Texas-based junior college or four-year Division I Texas college.

D'Onta Foreman rushed for at least 124 yards in 11 games, finishing 10th in NCAA history with an average of 184.4 yards per game. He has rushed for 100 yards or more in 13 consecutive games, a school record and the longest active streak in the nation. His 11 100-yard games in 2016 also tied Earl Campbell's (1977) single-season school record. He rushed for 15 touchdowns and had a streak of seven consecutive games with a rushing touchdown come to an end against Kansas State. It was tied for the 10th-longest streak in school history. The Texas City native rushed for 150 yards seven times in 2016, including three games with at least 250 yards, all against Power 5 opponents. No other running back had more than one game of 250 yards of rushing against a Power 5 opponent. All 11 games he played in this season came against Power 5 opponents. He averaged 193.3 yards per game against Big 12 Conference foes, totaling 1,740 yards and 12 touchdowns in nine league games.

Jalen Hurts has already been named the SEC Offensive Player of the Year and Freshman of the Year, becoming the first true freshman to win player of the year honors from the SEC since Herschel Walker in 1980. The Channelview native has started 12 games for the Tide this season and is the first true freshman to start at quarterback for Alabama since 1984. He is already the school's single-season quarterback rushing leader and is on the verge of breaking the season records for touchdown responsibility and total offense. Hurts has thrown for 2,592 yards and 22 touchdowns and rushed for 841 yards and 12 scores this season.

Patrick Mahomes II is the nation's leading passer with 5,052 yards through the air this season. He became the 12th quarterback in NCAA FBS history to record 5,000 passing yards in a season. He is just the fourth quarterback to reach 5,000 passing yards in 12 or fewer games. Mahomes also leads the country in total offense (5,337), total touchdowns (53), passing yards per game (421.0), points responsible for (318), points responsible for per game (26.5) and total offense per game (442.7). His 5,337 yards of total offense mark the second-consecutive season where he has reached the 5,000 yard mark. The Whitehouse native is this year's winner of the Sammy Baugh Award, which is presented to the nation's top collegiate quarterback. He is the only quarterback in the country to throw for 3,500 yards and 30 touchdowns and rushed for 200 yards and 10 touchdowns.

Baker Mayfield is one of the three finalists for Maxwell Award (collegiate player of the year) and Davey O'Brien Award (quarterback of the year). He is the quarterback of the first team to ever go 9-0 in regular season Big 12 play. Mayfield has thrown for an average of 305.8 yards per game and has a career-high 38 touchdown passes against eight interceptions (4.8 ratio). He leads the nation in pass efficiency rating (197.8; the NCAA single-season record is 191.8; next highest Power 5 figure this year is 176.5), completion percentage (71.2) and yards per pass attempt (11.1; only one other player is above 10.0). He ranks third nationally in points responsible for (22.3 per game) and yards per completion (15.6), and fourth in passing TDs (38). Mayfield ranks second nationally with 22 completions of at least 40 yards (leader has 23 and has played one more game). He led the Big 12 in conference play in passing TDs (31; next most was 27; third most was 20), completion percentage (.735; next best was .641) and pass efficiency rating (208.9; next best was 158.8). The Austin native threw for 319.6 yards per league contest and also ran for 139 yards and six scores in conference play. Mayfield has accounted for at least four touchdowns in seven of his team's nine Big 12 games (three in the other two contests).