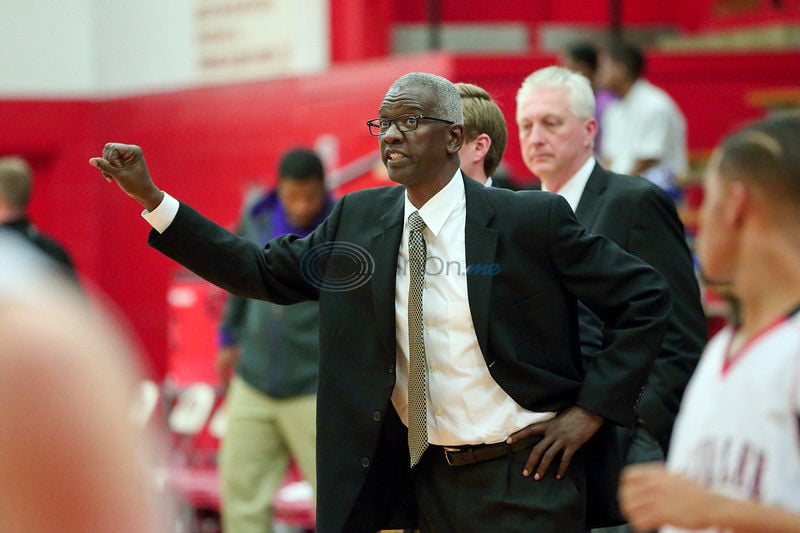 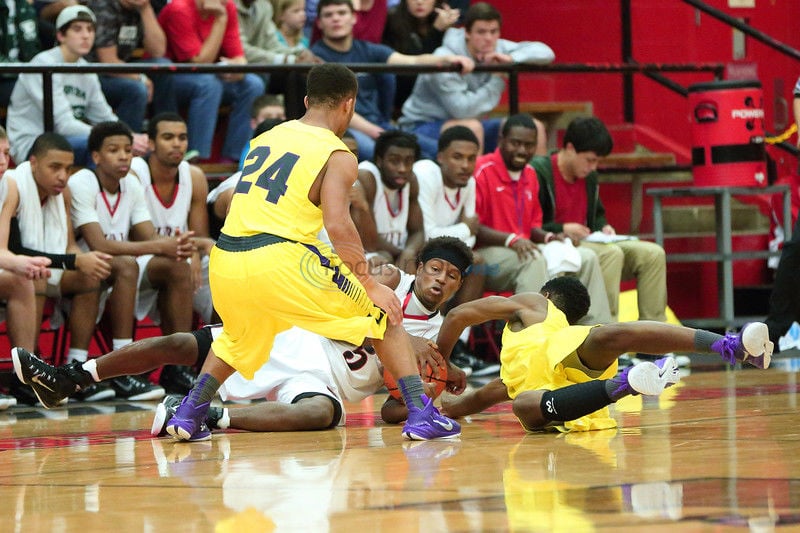 New Robert E. Lee coach Jeff Coleman was suited up, the Robert E. Lee student section was filled to the brim and the atmosphere at tip of Friday's season opener was full of anticiapation.

If only a few more basketballs had made it through the hoop.

The Panthers (1-0) also struggled from the floor, converting 18 of 47, but that proved more than enough to assure REL and Coleman a loss in their debut.

"This was a great measuring stick for us," Coleman said. "For us to come out and play an opponent like Lufkin, I knew it was going to be (the kind of test I wanted). But we came nowhere close to executing the way I wanted to execute."

The Red Raiders (0-1) missed their first six shots, which was a forecast of things to come. Lee converted 3 of 22 attempts in the first half, many of those coming from point-blank range on missed tip-ins and layups.

Garrett Thibodeaux, in his first game for REL after transferring from Bishop Gorman, led the Red Raiders with 14 points to go along with six rebounds and three steals.

A 3-pointer by Thibodeaux, an Air Force signee, provided Lee with its first points of the game with 5:47 left in the first period.

REL was able to stay with Lufkin in the first half thanks to free-throws. The Panthers put Lee, and Thibodeaux in particular, on the free-throw line 16 times with REL converting 11 of them.

The Red Raiders attempted only two free throws in the second half.

"Our chemistry is not there yet," Coleman said. "We are not playing through each other or off each other. It's kind of individualized, and I felt it was like that on both ends of the floor.

"It is going to take us a little while to bring that chemistry together. We are a very athletic team with some good players. Rico Major is a very athletic kid and he didn't have one his better ball games tonight. Thibodeaux is another kid with a lot better talent than he displayed out there tonight."

REL turned up its defense in the third quarter to outscore Lufkin 11-2 to tie the game at 29-29.

The Panthers were able to break out of their scoring slump thanks to a trey by Worth Gabriel. That basket occurred with 1:20 remaining to put Lufkin back in front.

The Panthers finished out the remaining minute of the third period with a 7-0 run and never were threatened in the fourth period.

"We never settled down and got ourselves in an offensive flow. We kept going down and taking the quick, easy shot," Coleman said. "But we missed a lot of close shots around the rim too.

"My kids still had a chance when it was 29-29, but we never settled down and got in a rhythm."

The Red Raiders will next face cross-town rival John Tyler as part of a Rose City Rivalry double-header at Varsity Gym. The Lady Raiders-Lady Lions game will tip off at 4:30 p.m. Tuesday with the Red Raiders-Lions to follow at 6:30 p.m.