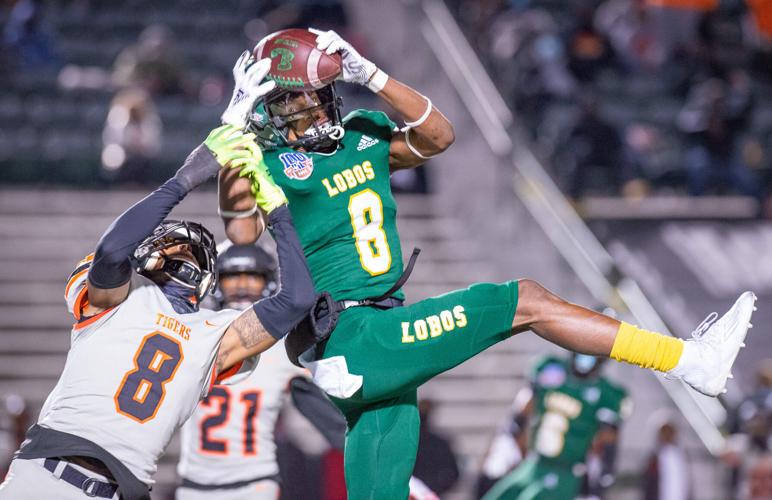 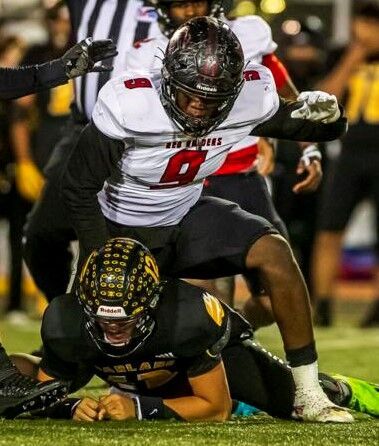 The voting panel included Jack Stallard and Thomas Bingham of the Longview News-Journal, Phil Hicks and Brandon Ogden of the Tyler Morning Telegraph and Nathan Hague of the Marshall News Messenger.

By the numbers: Hale is coming off a junior season that saw him grab 50 passes for 1,154 yards and 14 touchdowns. He caught seven passes for 164 yards and three touchdowns as a freshman and added 39 catches for 700 yards and 11 TDs as a sophomore to give him 96 catches for 2,018 yards and 28 touchdowns heading into his senior season. Hale recently released his top three schools of Georgia, Texas and Alabama.

By the numbers: The 6-4, 275-pound senior is coming off a season that saw him rack up 66 tackles, eight tackles for loss, two sacks, 13 quarterback pressures, an interception, three passes defended, a blocked punt and a blocked kick. He has offers from Alabama Michigan, Oklahoma, Texas, Baylor, Texas A&M, Georgia, Houston, SMU, TCU and Jackson State, among others.

By the numbers: 66 tackles, 9 TFL, 3 sacks. Offers on both sides of the ball, including to play tight end, from Baylor, Colorado, Houston, Nebraska, TCU and Texas Tech. Verbal to UTSA. District Co-DL of the year.

By the numbers: 62 tackles, 9 TFL, 3 sacks. Offers from Arkansas State and Louisiana-Monroe.