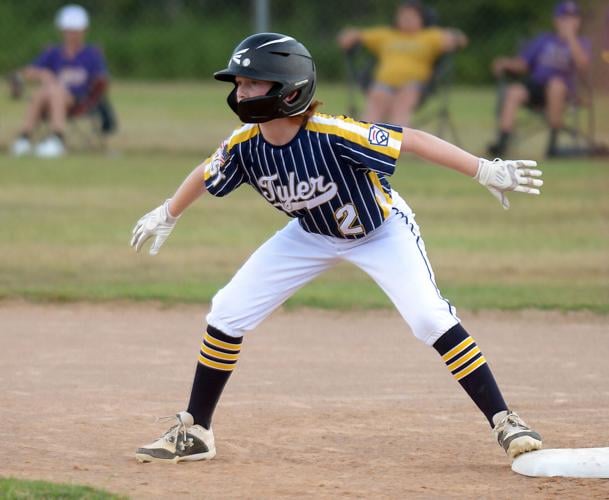 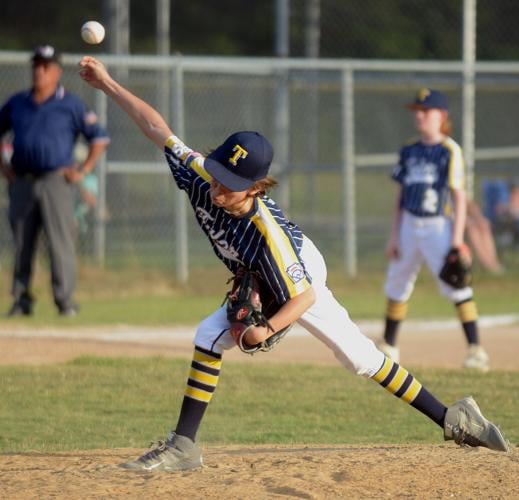 LUFKIN — A talented group of Lufkin Majors All-Stars has dreams of making it another lengthy run this summer. It all started with them making quick work of their first opponent.

Ace Horan highlighted a three-run first inning with a bases-clearing double and the local all-stars were never threatened in the tournament opener.

Rose Capital West’s Peyton Walls recovered from a tough start by holding Lufkin to one run over the next two innings. However, when he was pulled in order to save pitches for later in the tournament, Lufkin tacked on five more runs in the fourth inning to put the run rule into play after 80 minutes.

Dickerson had no such problems with his pitch count for Lufkin. He attacked hitters from the first inning and made his way through the four-inning shutout on 53 pitches. He walked just one batter and struck out eight.

Playing with the homefield advantage in the opening game, Lufkin didn’t take long to pounce.

After Dickerson retired the side in order on nine pitches in the top of the first inning, he started the bottom of the frame with a single to right. Isaac Fitzgerald and Sam Fitzgerald loaded the bases with back-to-back walks.

Horan followed with the decisive shot of the inning, a three-run double that one-hopped the fence and gave Lufkin the early boost it needed with a 3-0 lead.

Lufkin tacked on another run in the third inning when Sam Fitzgerald walked and eventually scored on a passed ball, making it 4-0.

Dickerson got into trouble in the fourth inning when Mienk led off with a single and Asher Rochester put runners on the corners with another single. Dickerson calmly erased the threat with a three-pitch strikeout that kept the shutout intact.

In the bottom of the fourth inning, Walls walked the first batter before being pulled with 66 pitches in order to make him available a day earlier in the tournament.

Lufkin pounced from there in a six-run fourth that brought the game to a close. Caleb Terrazas and Drew Larsen started the inning with back-to-back walks before Dickerson hammered an RBI double down the left field line, making it 5-0.

Fitzgerald followed with a two-run single to left field. Another run came around to score when the ball got past the fielder, making it 8-0.

Hunter Wood roped an RBI double to the centerfield fence before Adrielle Diosdado brought the run rule into effect with an RBI single to center.

Mienk, Rochester and Walker Newland each had singles for Rose Capital West.

Lufkin (1-0) advances to the winner’s bracket where it will face Rose Capital East in Tyler at 7 p.m. Monday at Golden Road. A win would move Lufkin into Friday’s championship game while a loss would send them to the loser’s bracket Wednesday.