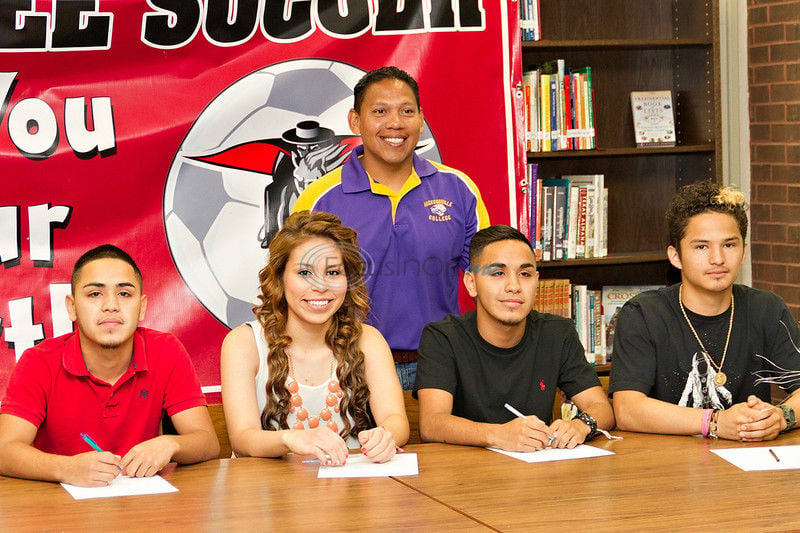 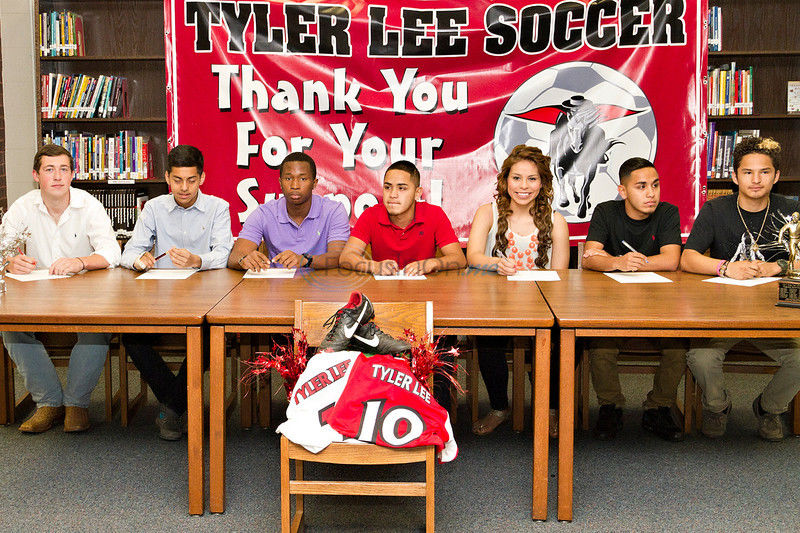 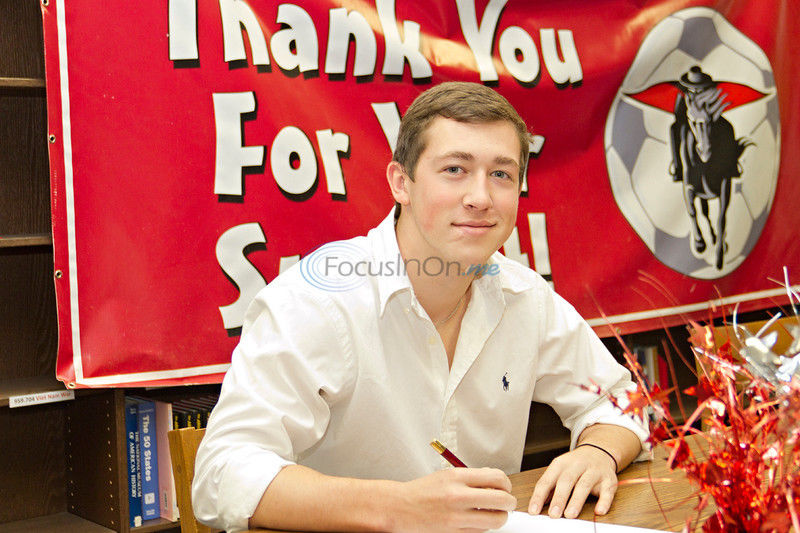 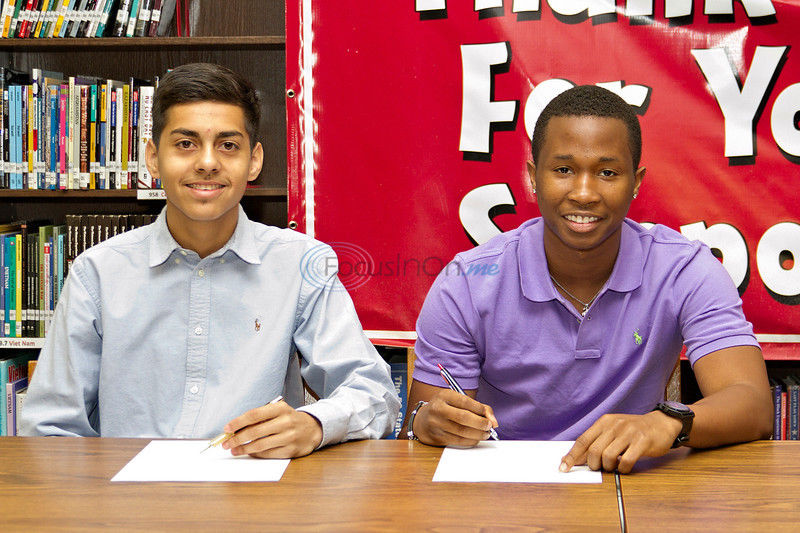 It was part of a massive soccer signing day held Friday morning at the Lee High School library. All told, eight players committed to their futures.

For Gonzalez, this is the first of many signing ceremonies he wants to attend in the East Texas area.

"It's my first year at Jacksonville after previously being at Lon Morris College and I've always been for East Texas players," Gonzalez said. "I think there is enough talent here in East Texas that I can compete against the top teams in the nation."

Sosa and Quinsey are joining the top junior college team in the nation. The Apaches are the defending national champions and have won that honor three of the past four years. Quinsey wants to use this move to TJC as a stepping stone to a four-year college program.

"I have a feeling I can go there for two years and it will help me (adjust to that level) and I can stay closer to home," Quinsey said.

Sosa received first team all-district honors this year for the Red Raiders. He said TJC's success was a big draw, but also its location.

"I am pretty happy, especially because it's in Tyler and one of the best teams in the nation," Sosa said. "It was between either Jacksonville or TJC and TJC pretty much convinced me."

Wilkins was interested in playing college soccer, but not at the expense of getting an engineering degree. An All-East Texas midfielder as a junior and second team all-district so far this season, Wilkins said UT Tyler eased his concerns.

The Patriots are coming off a 11-6-1 season in which UT Tyler was eliminated in the first round of the American Southwest Conference Tournament.

Siblings Marcos and Uriel Chavez wanted to stay close to home and try and stay together as teammates. Jacksonville College was more than willing to make that happen. Uriel received honorable mention all-district honors this year in District 12-5A with Marcos a constant in the midfield for the Red Raiders.

"Coach (Gonzalez) came up to me and talked to me about the opportunity to come to Jacksonville and what they were doing," Uriel said.

Added Marcos: "It's a pretty good feeling playing college (soccer) with your brother."

Aparicio said Jacksonville was a good choice for him and credited Gonzalez's pursuit of he and his teammates as a reason for choosing the Jaguars.

"He was looking for East Texas players and he was starting a new program and I wanted to be a part of that," Aparicio said. "It's exciting because it's a place where you can play soccer and get a good education."

Martinez was the district Defender of the Year as a junior while also being chosen to the All-East Texas first team. He also received all-District 12-5A honors for this past season, scoring a game-winning goal to defeat Rockwall-Heath.

Yanez, the lone girl at the proceedings, is anxious to be a part of something special at Jacksonville College.

"It's just something new and I want to try hard and set the standards," Yanez said. "I wasn't really planning on playing college soccer, but once I tried out I liked the girls I tried out with. I am just really excited but kind of nervous too because this is real now."