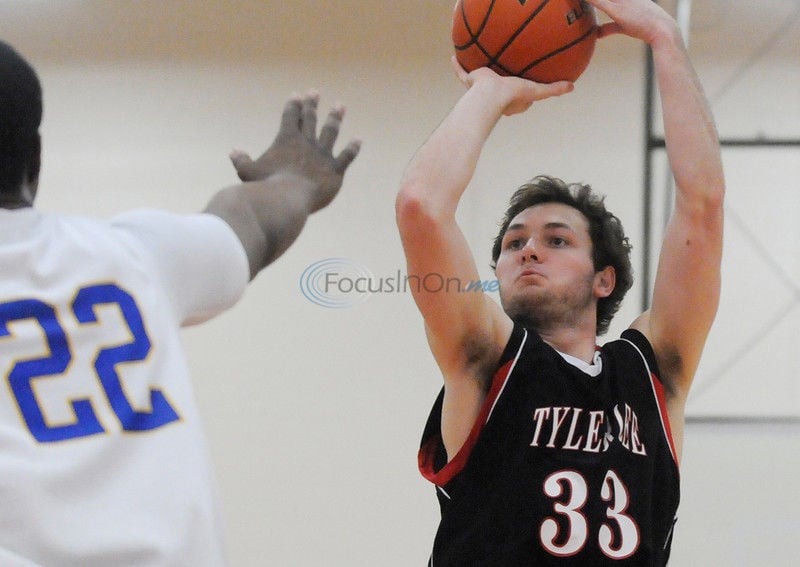 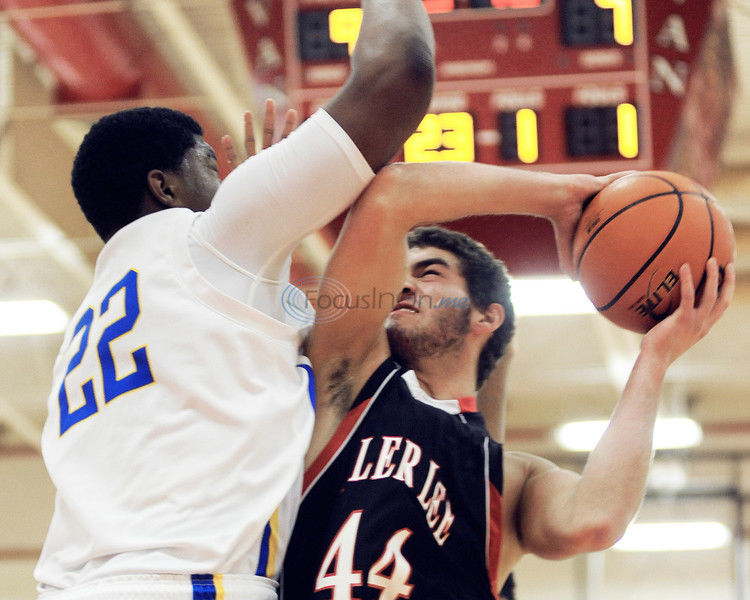 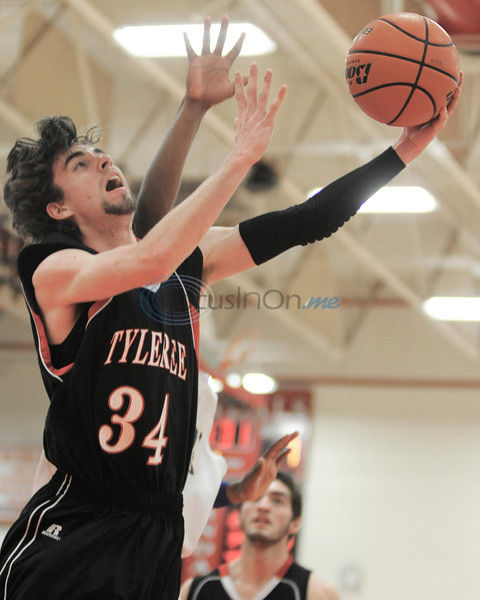 VAN — Robert E. Lee had a plan to neutralize 6-11 Garland Lakeview Centennial post Elbert Robinson by zoning around him and forcing the Patriots to hit outside shots.

Beauregard scored 25 points, draining 6 of his 8 3-point attempts as the Patriots defeated the Red Raiders 60-41 Tuesday in their Class 5A bi-district playoff game at Van High School.

"It was kind of like pick your poison. Do you pack it in around their big guy and hope they don't hit shots," Lee coach Alan Johnston said. "Beauregard, we knew he could shoot coming into the game and he showed that."

Lakeview Centennial (28-7), the top seed from District 11-5A, advances to meet the winner of Allen-Dallas Jesuit later this week in the area round.

Lee, which was making its first playoff appearance since 2007, finished at 21-11.

"We did an exceptional job in the first half of handling their pressure and they stretched their zone out in the second half," Johnston said. "I thought they did a really good job of negating our shooters.

"(We came out) early and were knocking down shots and they made adjustments accordingly."

Lee raced out of the blocks in the opening minutes with Caleb Johnston draining a jumper at the free-throw line and long-range 3-pointer to give the Red Raiders a 5-0 lead with 6:53 to play in the first period.

Beauregard answered with his own long-range barrage, scoring nine of Lakeview Centennial's 14 points in an 8-2 run to give Centennial a 14-7 lead.

Lee's Tucker Boyd delighted the crowd and got around Robinson with his second reverse layup and Taylor Tankersley scored on a turnaround jumper to cut Lee's deficit to 17-11 at the end of the first period.

Centennial again was able to withstand it because of outside shooting with this time Michael Thompson-Vaughan dialing from long distance.

Tankersley answered with a 3-pointer to help make it 28-24 at halftime.

Centennial took over in the second half with Beauregard connecting on back-to-back treys, combined with REL beginning to buckle against the Patriots pressure defense.

Turnovers mounted and the score quickly went to 44-32 entering the fourth.

Lee did not score a basket until the 2:25 mark of the fourth period. Daniel Derfus drained a 3-pointer to make the score 52-35 as Lakeview Centennial closed out the game after that.

"In the second half we kind of faltered and had a stretch of four turnovers in a row and they scored on all of them," coach Johnston said.

It was the final game for 10 Lee seniors with Austin Fleet, Sean Matthews, Derfus, Darriun Smallwood, Christian Boone, Tankersley, Jared Williams, Will Dougherty, Boyd and Justin DeSalvo all playing in the game.

Tankersley finished with 14 points, five rebounds and a blocked shot with junior Caleb Johnston also in double figures with 12 points and four boards.

"What these seniors have done for the program is exactly what we ask of them; we ask them to try and leave a legacy," coach Johnston said. "They've had a solid year and it's a hard pill to swallow for them right now, but so many positives are going to outweigh the negatives."

NEXT UP — Lakeview Centennial in area playoffs vs. winner of Allen-Dallas Jesuit; Lee season complete.