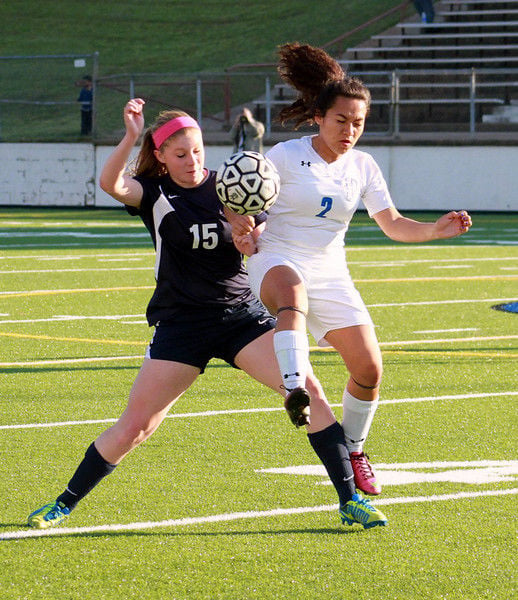 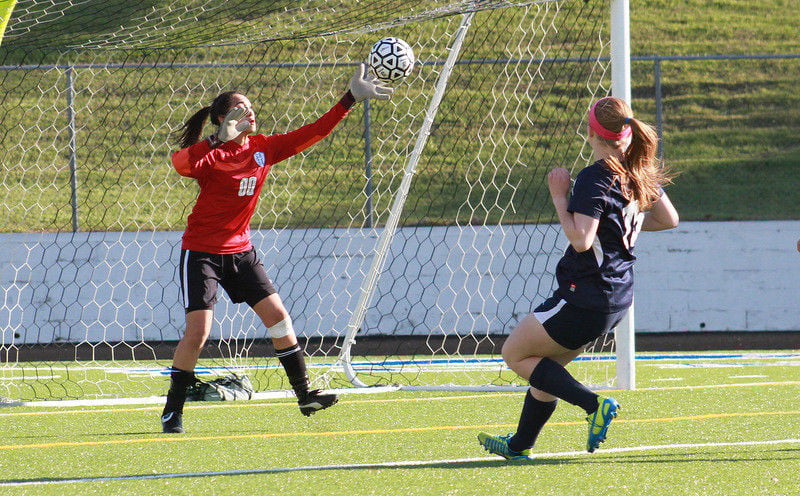 Bailey came off the bench to score a hat trick as the Lady Pirates scored a 4-0 win over the Lady Lions, despite 12 saves from Renteria, in their Class 4A bi-district girls soccer playoff Tuesday at Trinity Mother Frances Rose Stadium.

Tuesday's game was a rematch of last year's 2-0 Pine Tree win in the same round of the playoffs. In that game, however, the Lady Pirates needed two overtimes to score.

This year the Lady Pirates doubled that scoreline in what JT coach William Aranguren described as a rebuilding year after two of the Lady Lions' top players transferred.

"I'm really proud of this team," Aranguren said. "They stepped up. It's a young team. I only have two seniors on the field. This will be experience for the next year."

"They did play an excellent high line; we were offsides quite a bit," PT coach Daniel Rich said. "But eventually I felt like with our speed we were able to sub in with Erin that she would find that crack through."

Pine Tree forward Lilly Cabrera twice broke the offsides trap in the first 15 minutes only to have Renteria deny her on one-on-one opportunities in a sign of things to come. Renteria made eight saves in the first half.

"I think she played an amazing game," Aranguren said.

Then Bailey came in off the bench and made an immediate impact, speeding past her defender to latch on to a through ball from Cabrera. Renteria managed to get her hands on Bailey's shot from 14 yards out but couldn't keep it out at the 20:34 mark of the first half.

Bailey, a sophomore, doubled her tally seven minutes later when she surged down the left flank, cut inside and launched a rocket from the edge of the area to make it 2-0.

"She's a player that's kind of come off the bench all year long and scored a lot of goals, and she's not one of the top goal scorers but she's been consistent in big games for us by scoring big goals like that," Rich said.

After missing a good chance to get her third, Bailey eventually completed her hat trick with 8:19 to play, racing onto a through ball and slotting home for the fourth and final goal.

"I got pretty bummed," Bailey said of her miss. "I didn't put my head down, I just kept going. I kept trying because I really wanted a hat trick."

Caroline Meek also scored for Pine Tree, knocking home a rebound from a long Mikaela Bright shot with 2:22 to play in the first half.

"They're a very organized, disciplined team," Aranguren said of PT. "They've got a lot of talent; they're district champions."