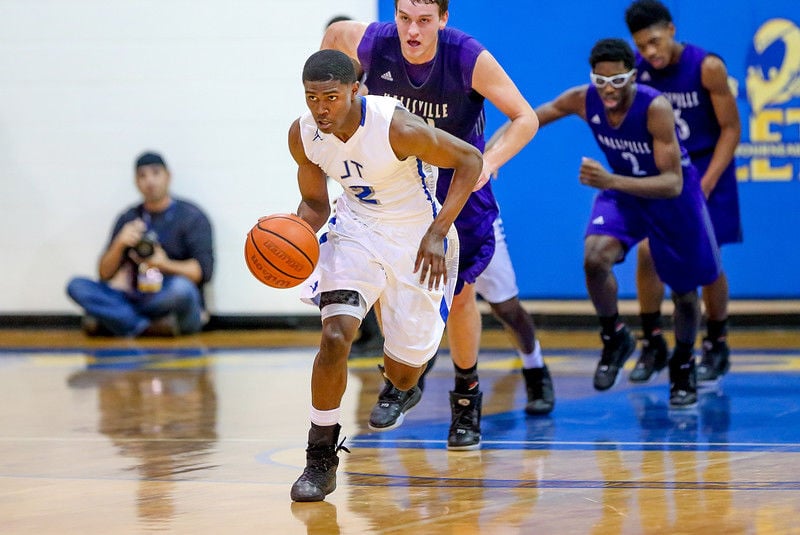 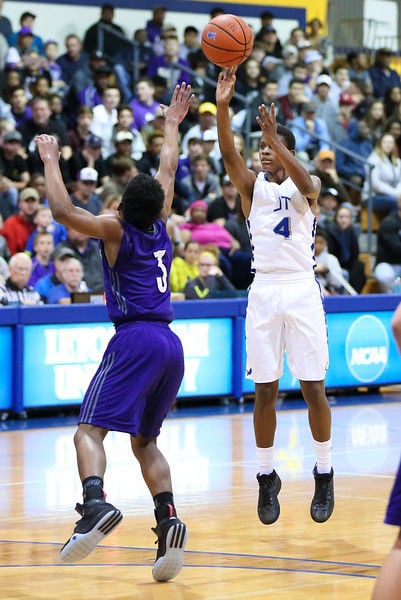 Repeating the feat this season would be even more impressive as the Lions move up to Class 6A.

What's more, JT will have to do it without anyone over 6-3 on the roster.

"It's going to be tough, of course," JT coach Cedeno Clark said. "My biggest issue is just the big bodies to bang up against. But we really didn't have a whole lot of size last year and we tried to get it done.

"It's definitely going to be a challenge with the size differential for us and the opposing teams but we're just going to have to find a way to work it out, make it happen."

The Lions are coming off a 24-6 season in which they reached the area round of the postseason and now move up to Class 6A in District 11-6A.

They open the 2016-17 season on the road at Nacogdoches Central Heights at 7:30 p.m. Friday, a team that took JT to overtime last year at the Lions Den.

"We're definitely going to miss those guys," Clark said. "It's tough to fill those shoes."

Starters coming back for the Lions are senior guard Gerald Berry and junior post Jordan Allen, both starters from last year.

Sharpshooter Christerpher Lyles and the versatile Mashaud Moore are two seniors back for more this year while three sophomores join the team in Darry Moore, Brad Blaylock and Wesley Horn.

Moore and Blaylock are both 6-3 - JT's tallest players.

"We have a couple sophomores we're trying to groom in the program for the future and hopefully they step up big for us this year," Clark said.

The current starting point guard is Daecorian Jessie, a 6-1 junior. Senior Kadavion Key, another first-year varsity player, will also help out on the perimeter.

"We have a lot of inexperience going on but these guys, they've been practicing hard and they're up for the challenge as far as getting the job done," Clark said.

Eventually, after the football season ends, point guard Bryson Smith will join the team. The star quarterback was also a first-team all-district guard last season and provides a spark on offense and defensive.

"Hopefully they go on and have a successful playoff run and whenever that permits itself and then we'll deal with it at that time," Clark said. "We do expect him to come out and do great things like he did for the program last year."

Including Friday's game in Nacogdoches, John Tyler plays all but one of its non-district games on the road. The lone home game is Dec. 2 against Hallsville.

The Lions will also travel to Shreveport for the inaugural Hardwood Classic and Longview for the Romines Classic.

John Tyler's first two 11-6A games are, of course, on the road: Dec. 21 at Mesquite and Jan. 3 at Rockwall-Heath. The Lions play rival Robert E. Lee in district on Jan. 13 and Feb. 7 and finish the year at home to North Mesquite on Valentine's Day.

"The preseason is set up for us to have some success in district and that's what we hope it comes out to."