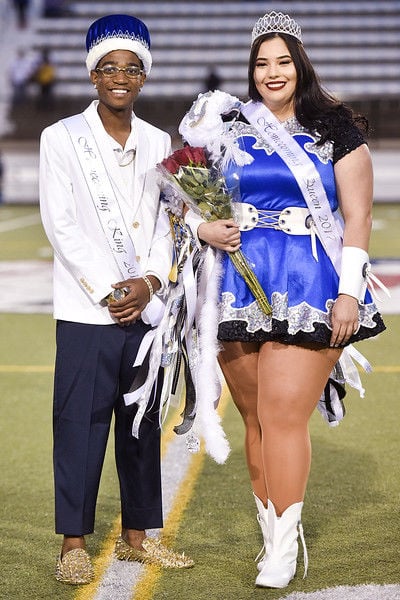 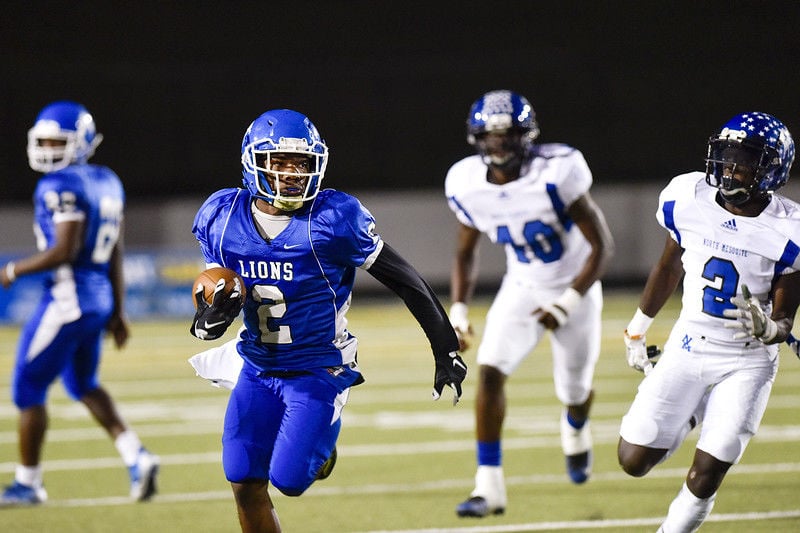 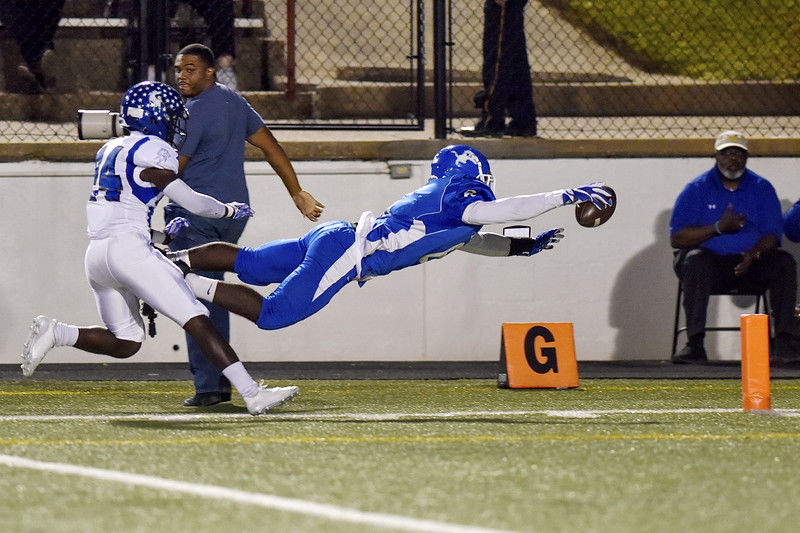 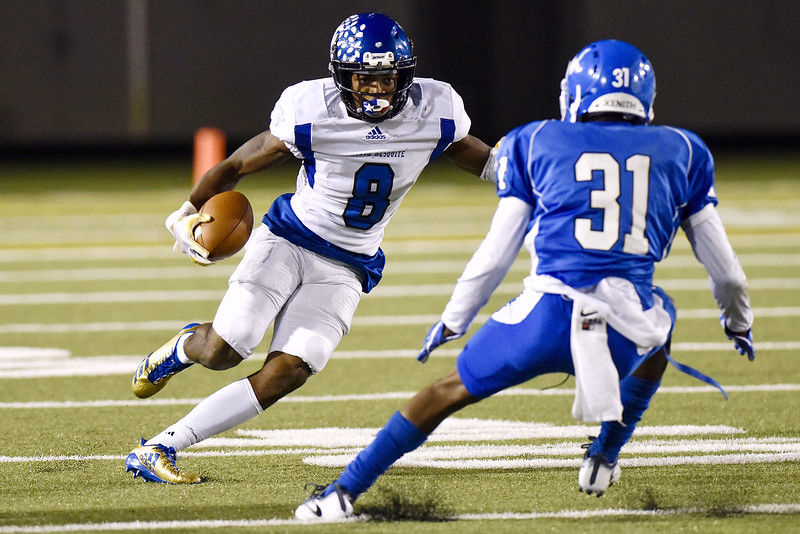 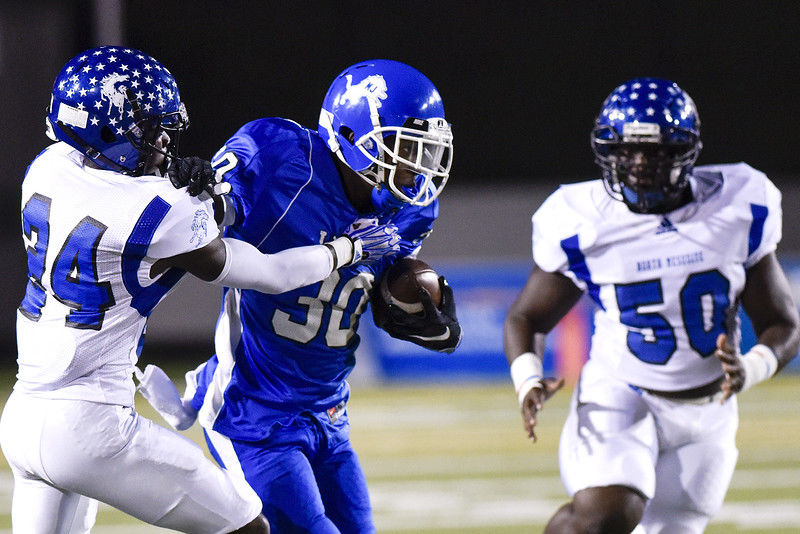 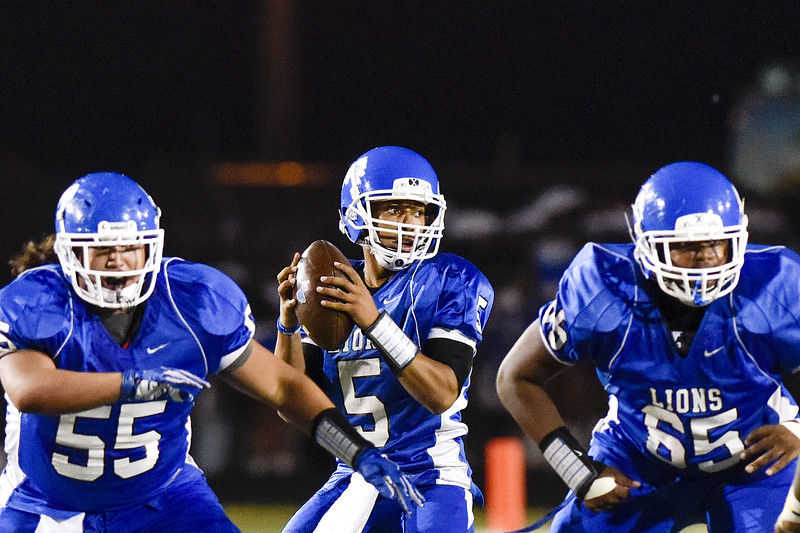 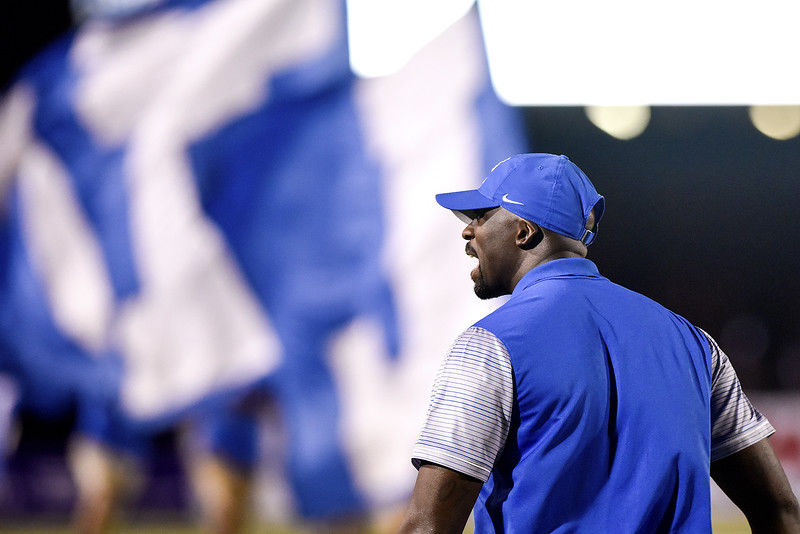 With the bright lights of the East Texas State Fair in the background, John Tyler put on a show of its own Friday night.

JT coach Ricklan Holmes said fans would see a different team than was on display last week in the big loss to Rockwall. And, after a players-only meeting on Wednesday, the Lions indeed did look like a different team.

JT shined bright on Earl Campbell Field, holding a Stallion team that was averaging nearly 440 yards to 171 yards, including just 58 on the ground.

Lions quarterback Devlen Woods had to leave the game after a making a tackle on an interception return. He stood on the sidelines with Cam Grant, who missed his second straight game due to concussion symptoms. Woods was 7 of 9 for 66 yards and a TD pass.

K’Lon Warren, who had caught a TD pass from Woods for JT’s first score, came on to lead the Lions.

With JT holding a 14-7 lead, Warren lofted a pass and the 6-4 Street leaped to grab it on about the 30 and weaved his way toward the end zone to complete the 70-yard play for a TD with 7 seconds left in the first half.

In the third quarter, Allison, an SMU linebacker commit, grabbed an interception and returned it 28 yards for a TD, putting JT up 27-7 with 5:28 on the clock. Allison was all over the field, making stop after stop.

After Warren hit Victor Campbell Jr. for an 8-yard TD pass, Givens-Washington put on a show, going 56 yards on a punt return for a TD.

Roderick Hawkins led the Lions in rushing with 135 yards and a 41-yard TD run on 12 carries. Frankie Sanchez was 5 for 5 on PATs and also hit a 30-yard field goal.

LIONS TALES: Both the JT and North Mesquite players stood at attention with their hands over their hearts for the national anthem. ... Before the game JT crowned the homecoming court. The queen is Denise Garcia and the king is Jacorrian Smith. The remainder of the court is Princess Angelina Alvarado, Prince Aaron Macias, duchess Asia Granberry and duke Edgar Barroso.