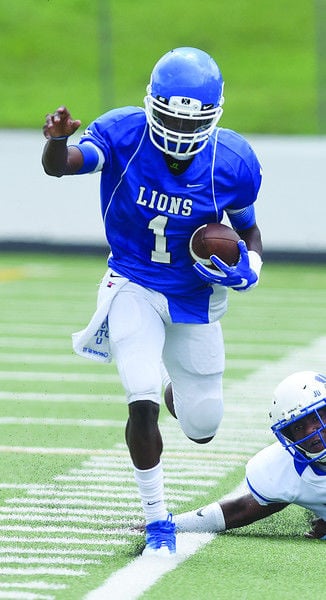 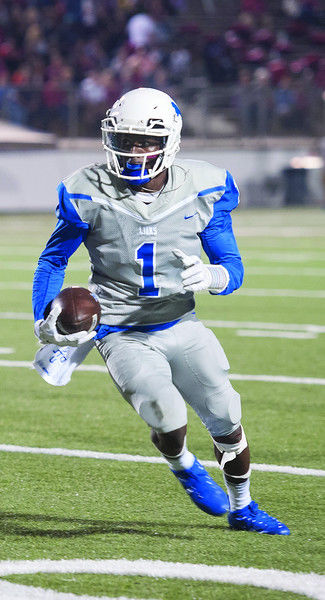 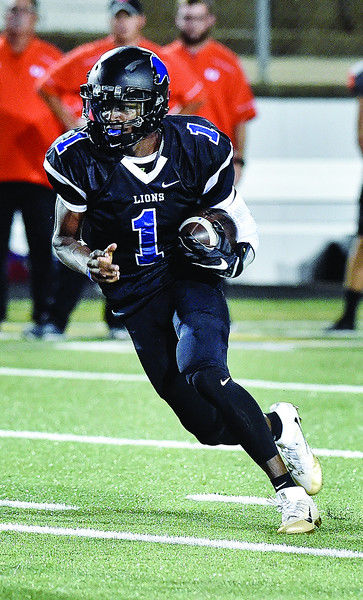 John Tyler has won 51 games in Ricklan Holmes' five seasons in charge, building upon a winning tradition at the school.

Holmes has also brought a new tradition to the JT football program: style.

More than just about any team in the state (high school, college or pro), the Lions have a wardrobe full of uniforms to make sure they look as good as they play.

The Lions could play three full seasons going to the state final every year for 16 games and use a different combination each time out.

"I like being able to come up with different colors and combinations and stuff of that nature because I really believe that if you look good, you feel good, you play good, and so far it's been working out for us," Holmes said. "I think with the success we're having as a football team it matches up with the glitz and the glam of the different uniforms and the helmets."

This year John Tyler has mixed it up, going from simple blue and white to more exotic strips like all black against Rockwall and, brand new this year, gray jerseys/pants with white helmets against Robert E. Lee.

The gray uniforms were a new addition this season. Each season under Holmes the Lions debut some new uniform piece.

It started in 2012, Holmes' first season in charge, when he added black to the color scheme for the first time and had flashy white-on-white and blue-on-blue uniforms to match the flashy play of players like Greg Ward and Fred Ross.

The NCAA - and by proxy UIL - soon stepped in and ruled teams must wear uniforms with easily legible numbers, forcing a change to the aforementioned uniforms, but the trend was set.

The 2013 team got a new white helmet and in 2014 Holmes debuted all black uniforms. Last year he added black helmets to the fold.

After gray uniforms this year, Holmes said he's looking at chrome or blue chrome helmets and possibly a new white jersey next season. He has ideas in the future for a uniform for veterans and a breast cancer awareness helmet decal.

"I wanted to give each class something that they could remember what their class brought to the table," Holmes said.

Each game, Holmes chooses which helmet the team will wear by the Sunday night before. He mulls on it throughout the week but usually comes up with his choice by Thursday.

He's the sole fashion designer when it comes to who decides what combinations to wear and when, though senior quarterback Bryson Smith has a little input.

"Just a little bit - not too much," Smith said. "He'll ask me about some stuff but not too much. He knows what he's doing."

Holmes said when he was a player in the 1990s at John Tyler, he used to ask coach Allen Wilson why they didn't have fancier uniforms.

Now that he's in charge, that's exactly what he's doing.

"I really enjoy it because one reason when I was here, I wanted that," Holmes said. "Now that I have a chance to do it, I'm going to do it."

It helps that Holmes has the means to keeping the Lions looking sharp.

In addition to support from TISD and contracts with Nike, Holmes said a few unnamed benefactors (former players) chip in to supply John Tyler with fresh looks each season.

"I got some people who have been great friends of the program and they've helped out along with myself," Holmes said. "Everything that we're able to do at John Tyler is a great attribute to … the players that have been through here. They always give back."

Despite the flash of black or gray uniforms, one thing that won't change is the color of the Cujo jerseys.

Once the playoffs begin and Cujo strips come out, Holmes won't stray from the traditional JT colors.

John Tyler will wear Cujo jerseys for a third time this year on Saturday at Baylor's McLane Stadium. The Lions (11-1) face Klein Collins (11-1) at 2 p.m. in the Class 6A Division II regional semifinals.

While the exact combination of outfit is still circulating around Holmes' mind until later in the week, one thing is a constant when it comes to the John Tyler uniforms.

"The uniforms don't really matter if the team ain't winning," Holmes said. "We all understand that."

LIONS TALES: Tickets for the John Tyler-Klein Collins game will be sold off campus this week due to the Thanksgiving holiday. Ticket sales will be available at the TISD athletic office (807 W. Glenwood), T&T Lewis (903 W. Martin Luther King, Jr. Blvd) and Tyler Athletics (5520 Old Jacksonville Hwy) during regular business hours Wednesday. Presale tickets are $8 for adults and $5 for students. Gate tickets cost $10 for general admission.