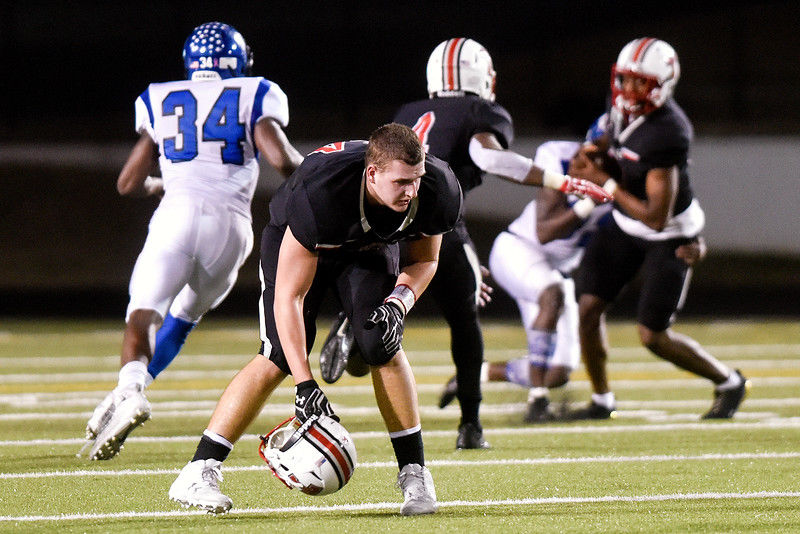 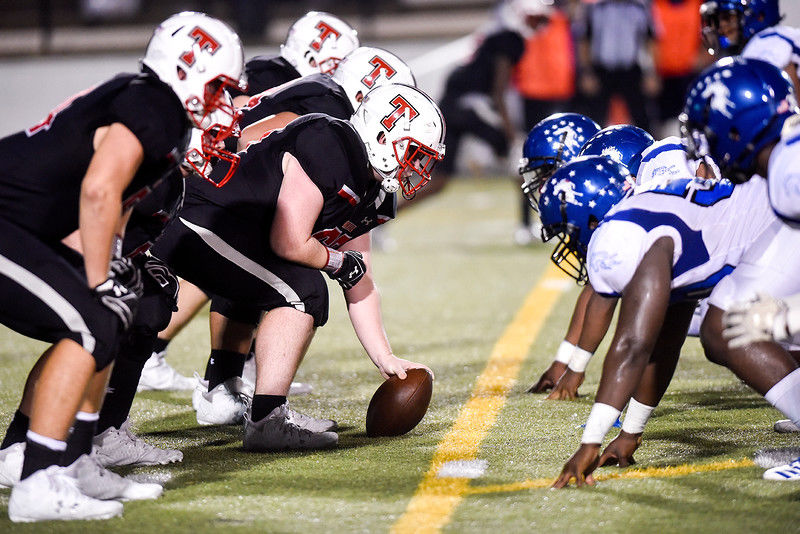 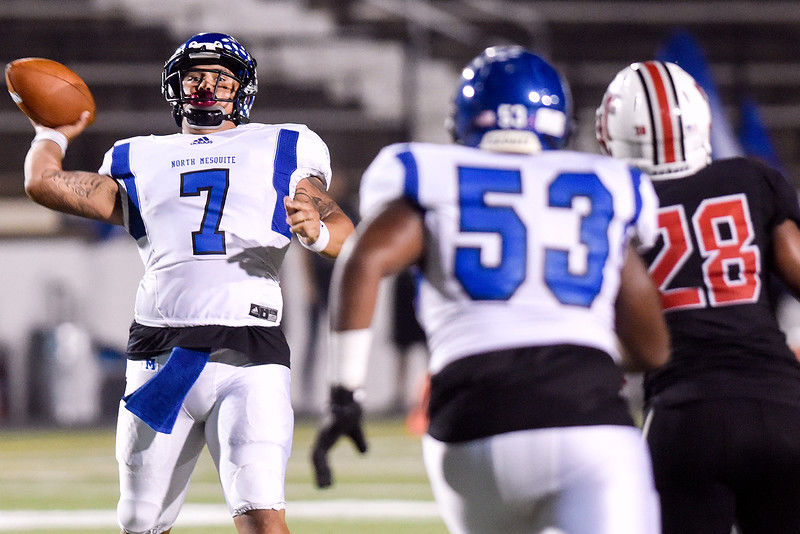 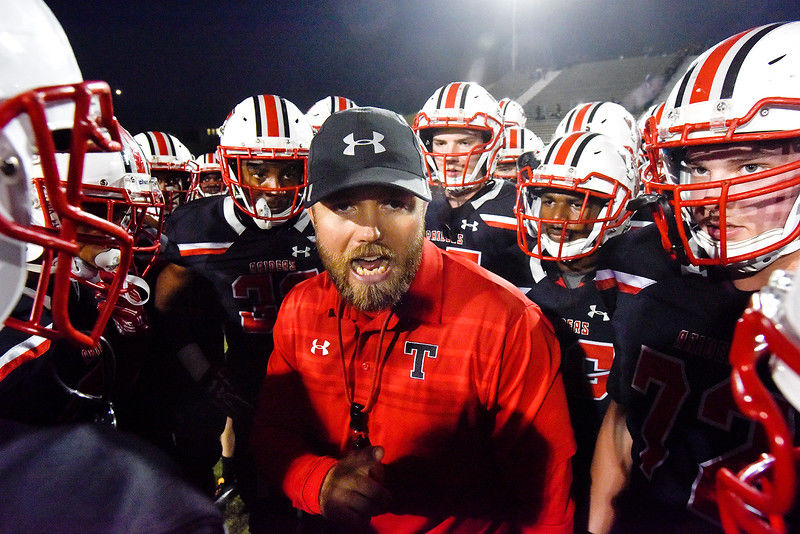 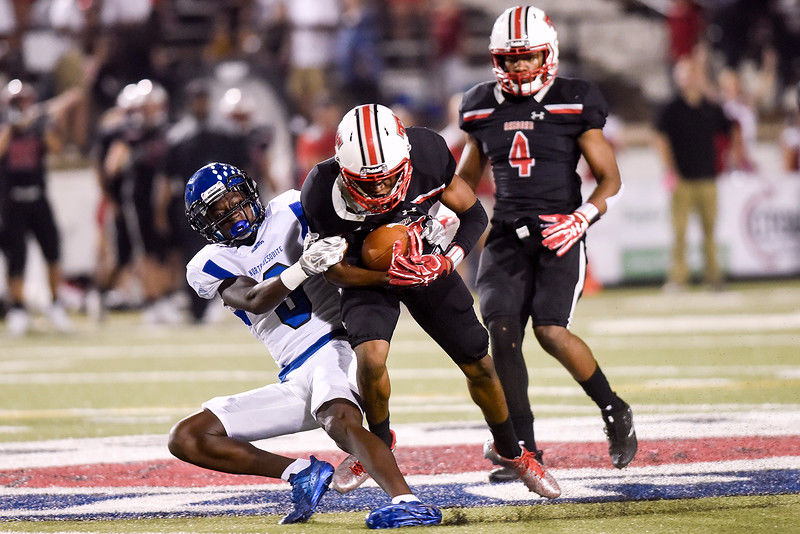 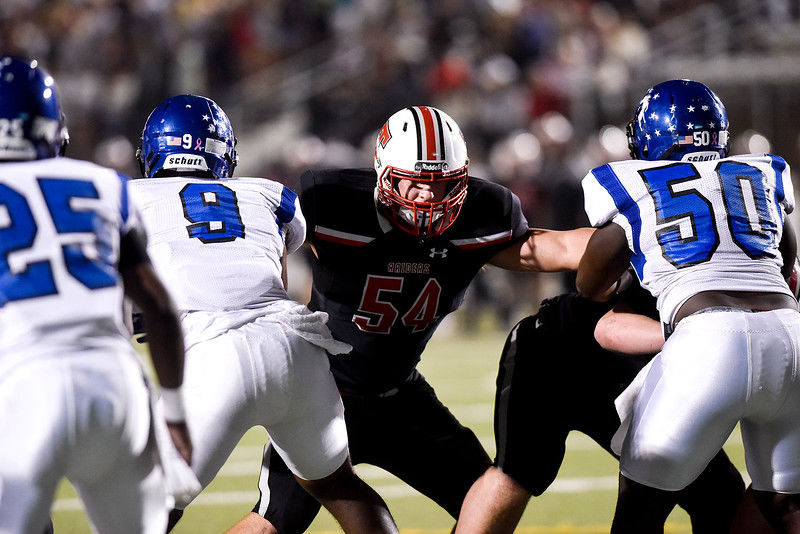 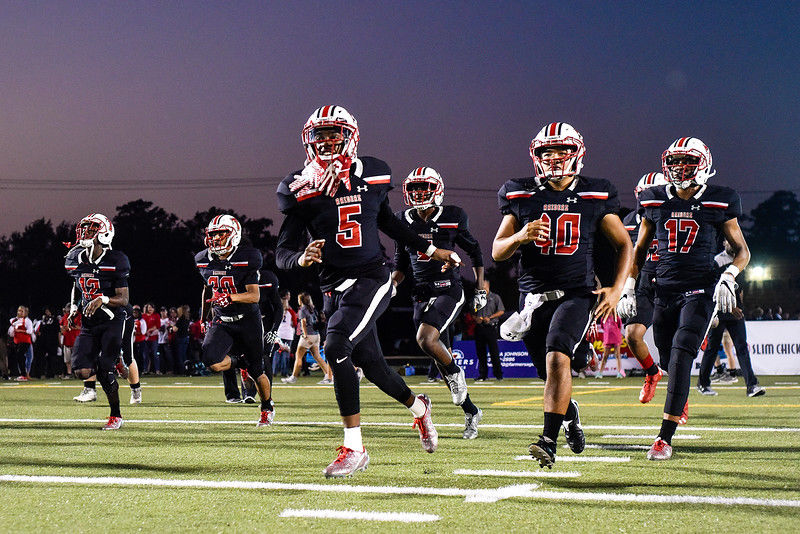 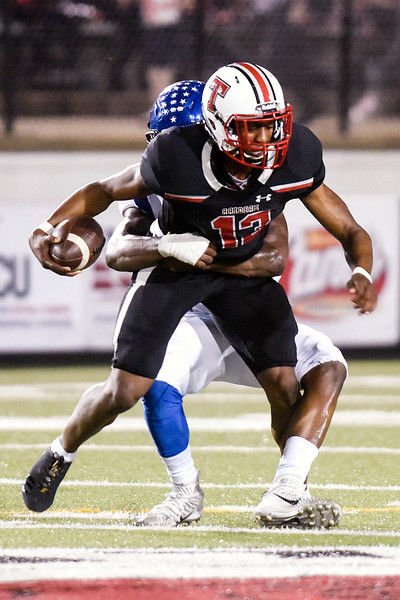 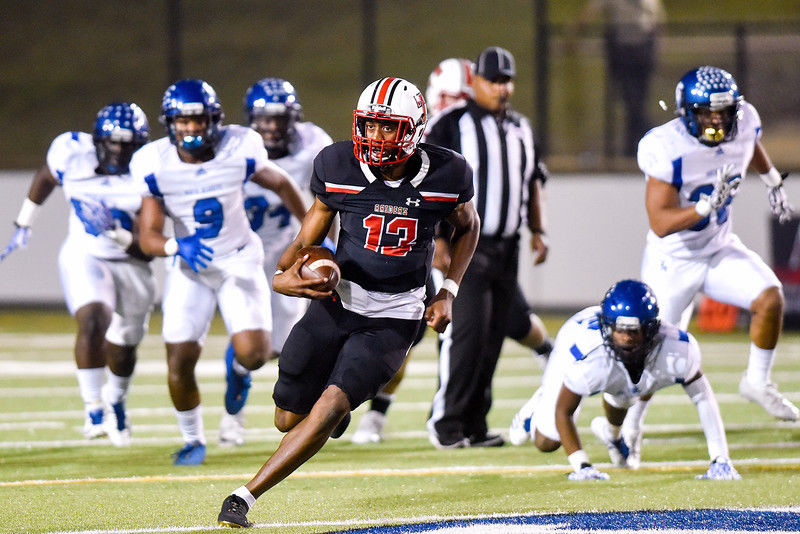 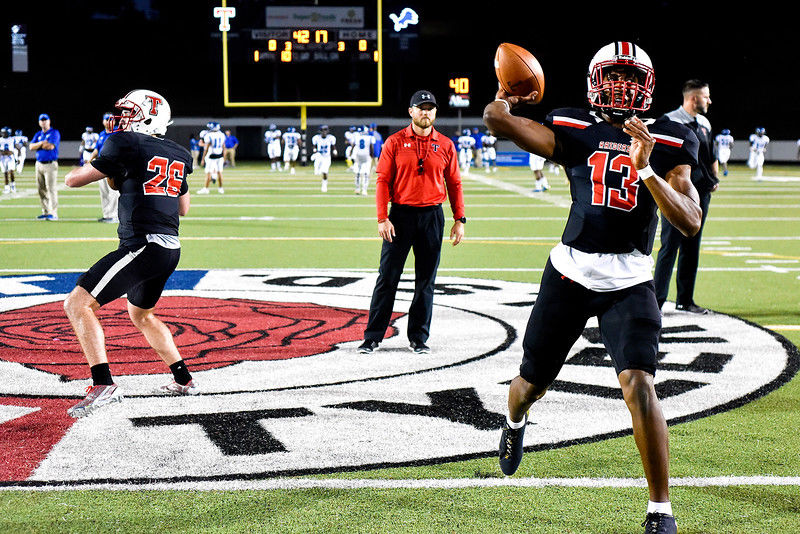 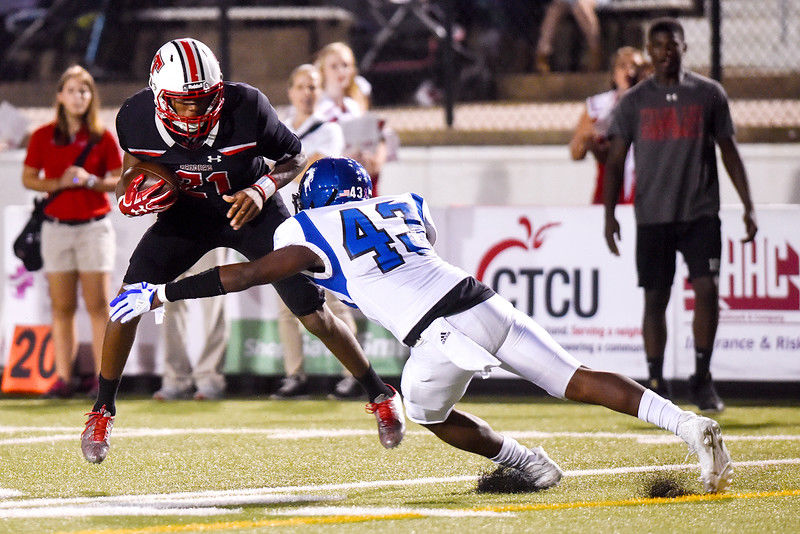 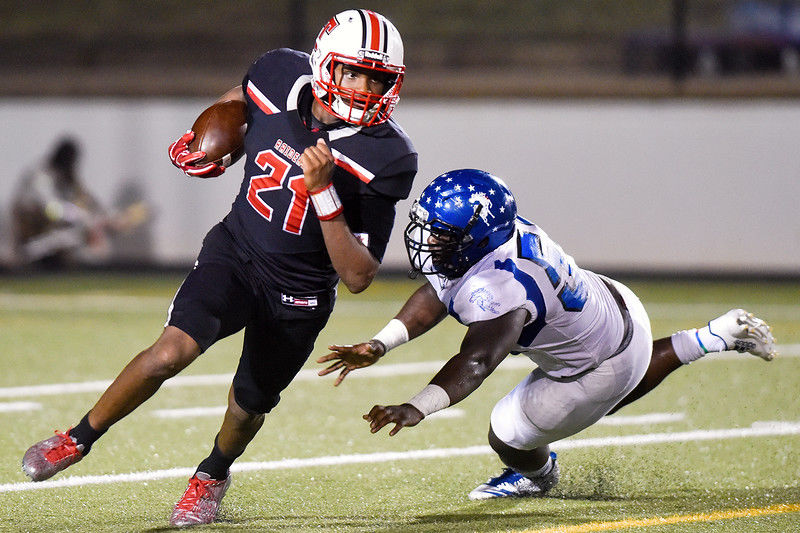 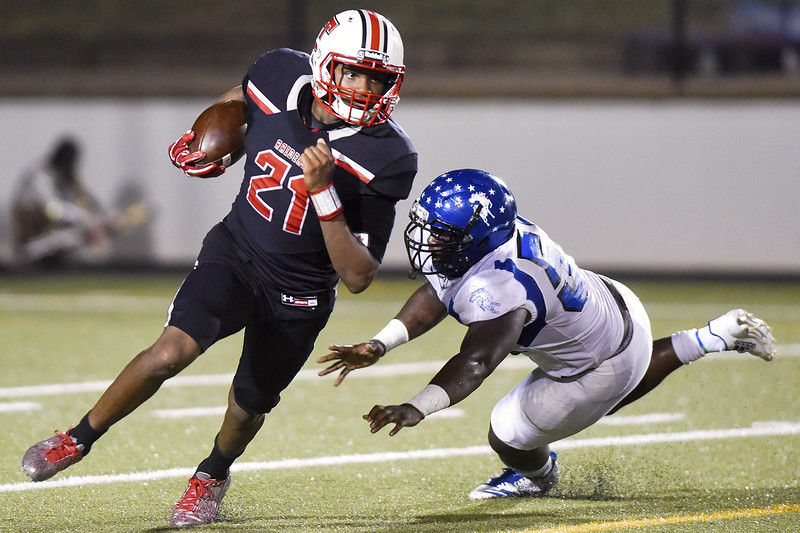 On "Senior Night," the Southern Belles were not able to perform their traditional pregame strut because of pregame ceremonies honoring all of the seniors.

The Belles took care of tradition afterward, this time a postgame strut.

In between, Tyler Lee players strutted into the end zone numerous times in a 50-21 victory over North Mesquite on Friday at Christus Trinity Mother Frances Rose Stadium.

The win moves Lee over .500 for the season at 5-4 and raises its District 11-6A record to 2-4 with one more game remaining, next Friday in the annual Rose City Showdown against John Tyler.

Gray and fellow senior Lanthony Simmons each had interceptions with Simmons also scoring on a two-point conversion.

Some juniors got into the act as well with Ladarius Wickware leading all players with 202 yards rushing and two touchdowns, and Malik Hall finding pay-dirt with a 5-yard TD run, which at the time made the score 50-14.

The Red Raiders did not waste time establishing control of the contest. Amie fired a bullet to Gray, who'd found a seam in the zone. Gray made the catch moments before the safety could break it up and went the rest of the way for a 55-yard score. Mason Magers' PAT made it 7-0 with just 44 seconds elapsed on the game clock.

Lee's defense forced North Mesquite into a turnover on downs after a lengthy drive, but it didn't take long for the Red Raiders to double their lead. Amie broke free for a 47-yard run on a keeper. On third-and-21, Amie rifled a strike to Harrison Branham to make it fourth-and-short from the Stallions 5.

Before North Mesquite could react, Lee quickly snapped the ball on its fourth-down play and Wickware bulldozed his way into the end zone to make it 14-0.

Gray's interception set the Red Raiders up again, and this time the drive was capped by Amie on a 1-yard run. Instead of the PAT, Lee opted to run in a two-point conversion with Simmons doing the honors for a 22-0 lead.

North Mesquite got on the board to make it 22-7 on a Clark 15-yard run, and could have pulled closer after forcing Lee into a turnover on downs. The Red Raiders defense stiffened to stop the Stallions and force their second turnover on downs.

This time Lee would not be denied with Amie and Wickware taking turns before Amie scored on an 8-yard run to make it 29-7 at halftime.

North Mesquite scored at the start of the third quarter to make it 29-14, but Lee never allowed the visitors to draw any closer than that. Touchdown runs by Amie (13) and Wickware (38) put the game away.