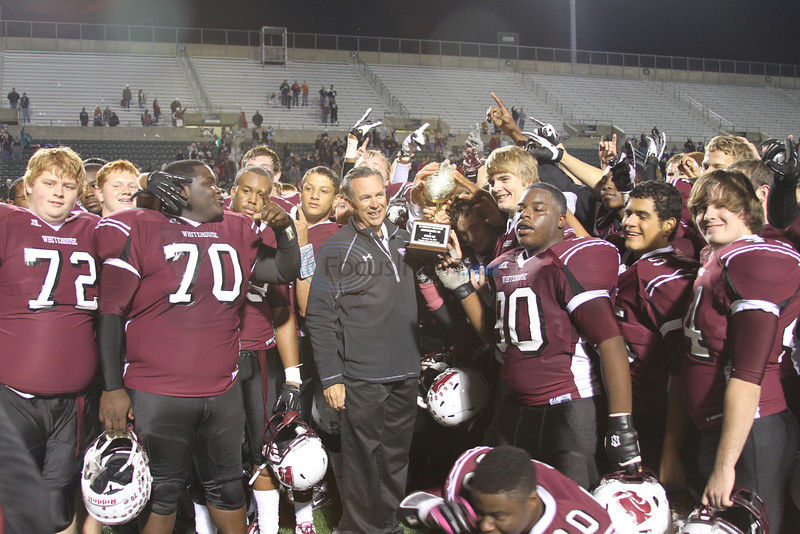 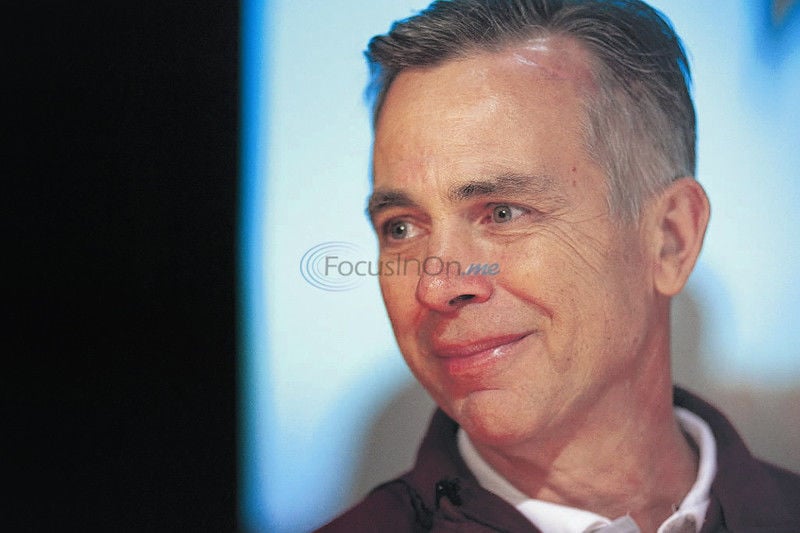 The last thing he remembers is the sound of a helicopter propeller. He spent the next month drifting through darkness.

"All I remember from the next 38 days is just dreams," he said. "They were about life and death; weird things about dying."

Two years ago this weekend, Randy McFarlin almost lost his life in an automobile accident — a violent collision into his side of the vehicle. The Whitehouse head football coach spent more than a month in critical condition, a dire situation that took him to the brink of mortality.

One minute presented a picturesque drive along the East Texas countryside with his wife, son and future daughter-in-law. But the next, an emergency airlift to save his life.

"I couldn't tell you anything about the flight," McFarlin said. "I just heard the noise of the propeller. They didn't know who I was at that point. They just stuck a generic name to me and rushed me into surgery."

With this being a day of thanks, McFarlin has plenty to be grateful for after fully recovering from the Nov. 28, 2010 accident. One reason is his family also survived the accident. Another is he's able to continue his passion in life — coaching football.

On Friday night, McFarlin will coach a game on Thanksgiving weekend for the first time since the accident when Whitehouse (10-1) meets Wylie East (8-3) in the Class 4A Division II area playoffs at Garland's Homer B. Johnson Stadium. His last appearance in the round occurred a week before the scare, a 24-19 loss to Mesquite Poteet that McFarlin can't seem to shake.

One reason is the winner between Whitehouse and Wylie East will possibly meet Poteet in the third round, which has helped conjure up memories of the events surrounding the wreck.

"I have replayed that game in my mind over and over again," McFarlin said. "It was a windy Saturday afternoon and we lost a game we should have won. Poteet called me this week, and it brought it all back to reality. Wow, it's been two years and here we are again.

"If we had won that game, I would not have been on the road that day. I would have been in preparation."

The accident occurred while McFarlin, his wife Carolyn, their son Craig and his fianc￩e Missy were returning from Daingerfield, where McFarlin coached from 1998-2004. According to reports, an oncoming truck lost control and almost hit them head-on, but McFarlin steered their vehicle to the right toward the shoulder of the road and experienced the strongest impact of the collision.

While emergency personnel cut him from the vehicle, McFarlin experienced a sense of relief when he noticed his family was OK. To this day he thinks about the route he took.

"When we were leaving Daingerfield I could have gone down Highway 11 and by the house we used to live in," he said. "When accidents occur you go back and think what if, what if, what if? … I'm very fortunate to be here. God brought me back because of the prayers of the people across the nation, everywhere; my coaching family, my Whitehouse family. There were people praying for me in East Africa. I just know beyond any doubt God heard those prayers and brought me back."

Two months after the accident, McFarlin returned to school on National Signing Day and watched six of his players sign national letters of intent to play football at the college level. The players included Joey Gautney and Trey Metoyer, who signed scholarships with Louisiana-Monroe and Oklahoma, respectively.

"It's really special (to have him here)," Gautney, a defensive lineman, said that day. "He works his butt off for us and is always here when we need him. So for him to miss this would be heartbreaking, so I knew he would make it up here."

Said Metoyer that day: "I could definitely say that without him, I wouldn't be here. He pushed me to work hard and he motivated me and everything. So I give all the thanks to him."

This week, McFarlin has been in full preparation for a very talented Wylie East team coming off a 70-33 demolition of Sulphur Springs. Whether it comes Friday, or in the state final, McFarlin will likely coach his final game for the Wildcats due to his contract not being renewed for undisclosed reasons.

And having been through what he's been through, McFarlin is thankful to simply have the opportunity to coach.

"It's very special to be able to do what you love to do," he said. "Coaching football is my ministry. It's the way I reach out to people. There's no greater feeling than to take a group of young men into Mesquite Memorial and win the ball game (last week over Ennis). It's an emotional thing. I'm very proud of our program and the community."

McFarlin, who's been in coaching more than 30 years, went to Whitehouse eight years ago to revive a program with only four all-time playoff appearances — the most recent coming in 1997. Now Whitehouse has reached seven straight postseasons and continued to emerge as one of the premier teams in the state — evidenced by their current No. 12 ranking by the Associated Press.

One more victory would give the Wildcats their first 11-win campaign in program history (they had 10 wins in 2006 and '07) and continue to solidify them as a legitimate 4A contender. But despite all the success, the Wildcats will likely have a new head coach next season — with most of their top contributors returning.

Though he wants to return to see the program he built, McFarlin has learned to leave his path in greater hands ever since the accident.

No matter the outcome, McFarlin has an opportunity to end the 2012 season with a bang after nearly guiding Whitehouse to its first undefeated regular season.

Just two weeks ago, Whitehouse built a 24-0 lead against second-ranked John Tyler and appeared on the way to capturing the District 16-4A championship in convincing fashion. Though the Wildcats ended up falling in dramatic fashion before about 12,000 fans at Trinity Mother Frances Rose Stadium, they proved to be a true contender.

A week after beating traditional power Ennis 42-32 to begin the postseason, Whitehouse has perhaps an even tougher test this week in Wylie East. But a season after going 5-6 and barely keeping the playoff streak going, 2012 has already provided a success story for McFarlin and his team.

On top of that, McFarlin is in far less physical pain than last season, but he sometimes experiences aches and pains that remind him of the accident.

"Last year was tough for me personally with my injuries and the pain I was in daily," McFarlin said. "The only time I did not feel pain was when I was on the field with those kids. When I was at workouts or in a game, the pain was gone. That's what got me back, doing what I love to do, which is coach these kids. Reflecting back now over two years ago, I don't know how I did it.

"I'm reminded daily of the accident, but it gets further away and becomes less real, so to speak."

Perhaps that includes the haunting whir of a helicopter propeller.