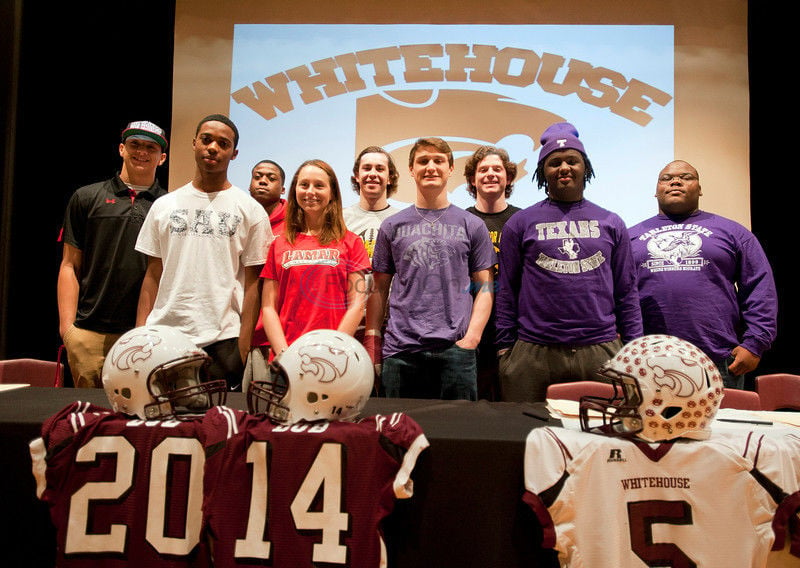 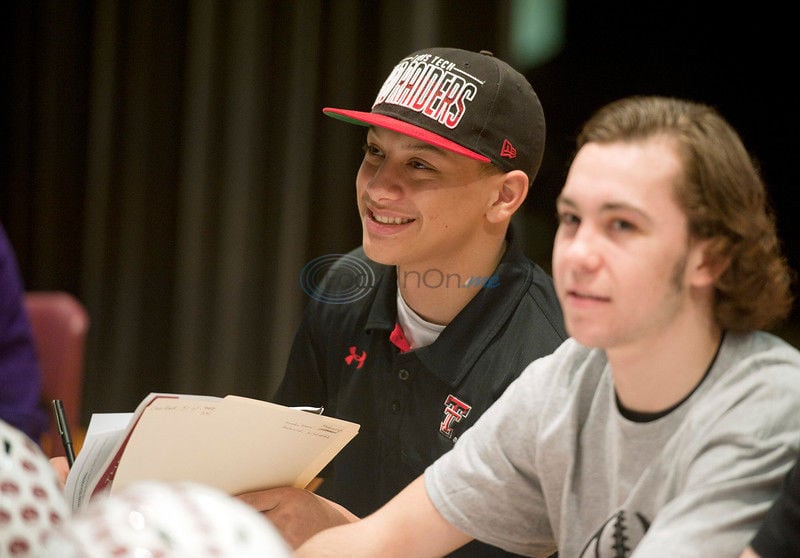 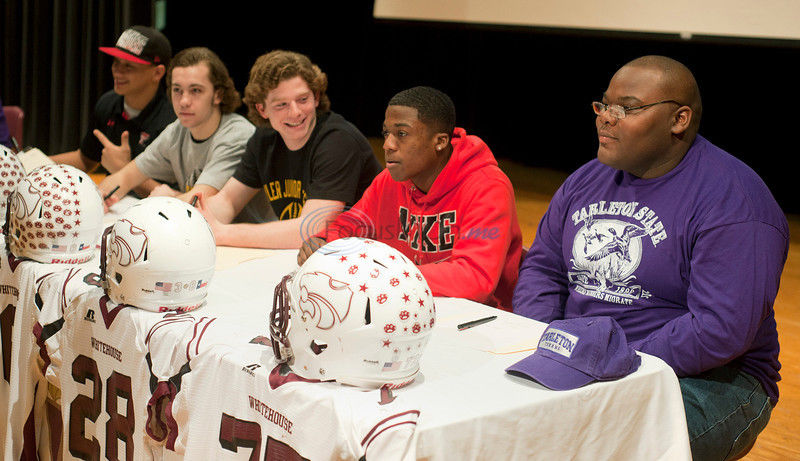 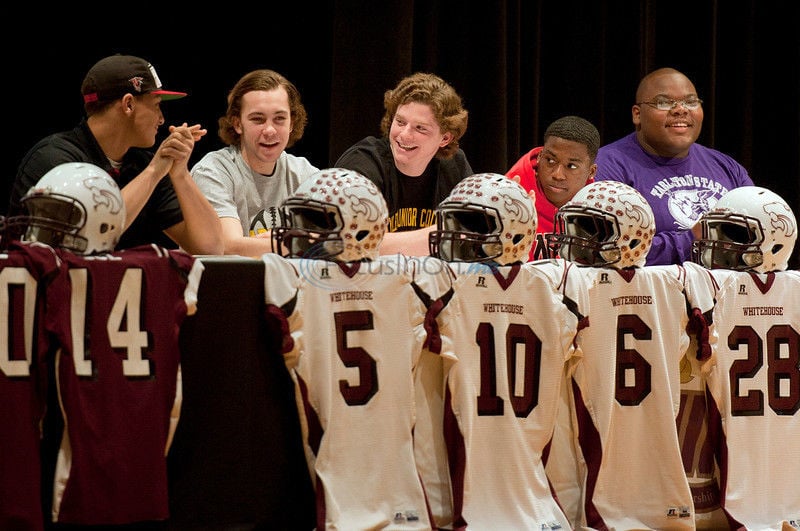 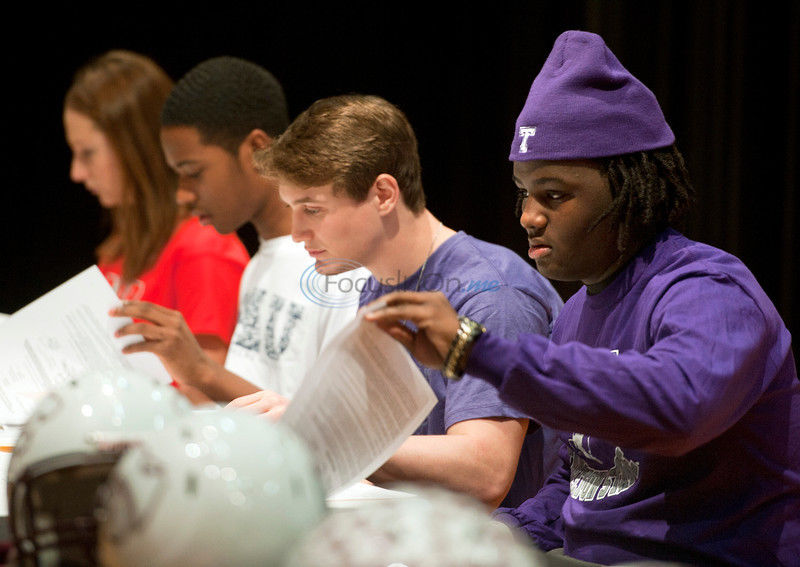 Quarterback Patrick Mahomes, the AP and All-East Texas Player of the Year, headlined the class by making his pledge to Texas Tech official.

“It’s proof of why we were as successful as we were, because we have the athletes we have,” Whitehouse head football coach Adam Cook said. “It’s about how hard they work, how they love each other. This is a product of the hard work you see from them and, honestly, those guys just having some God-given abilities.”

Whitehouse students, faculty and family converged on the auditorium for the ceremony, which has become a major event in recent seasons because of the Wildcats’ rise to prominence. Cook, coach Brad Cook and WISD athletic director Richard Peacock addressed the audience before the athletes posed for photos and conducted interviews with local media.

The celebration was well deserved.

Whitehouse finished 12-1 last fall and reached the Class 4A Division II regional semifinals. The run came after the Wildcats claimed the District 16-4A championship and rose to third in the state rankings.

Mahomes was a major reason.

Mahomes’ top targets were Parker, Patterson and Dews, who combined to catch 134 passes for 2,363 yards and 26 touchdowns during the regular season.

Said his dad, Pat Mahomes, a former Major League Baseball pitcher: “I’m so proud. He’s put in a lot of hard work and he’s really done things the right way. I think he’s gracious and pretty humble. He’s always wanted to go to college; we didn’t always know it was going to be football, but he’s finally getting to play at the next level.”

Whitehouse’s defense was anchored by Long, Wallace and Klein, among others. Wallace missed his junior season with a knee injury, but battled back and became an example of overcoming adversity.

“It was just a great time to get out there and show what I could do,” Wallace said. “I did some great stuff and competed well and I just had to get better. … The way you play football is your signature to the world for the people who watch you. When you put your stamp on something, you want to be the best you can possibly be.”