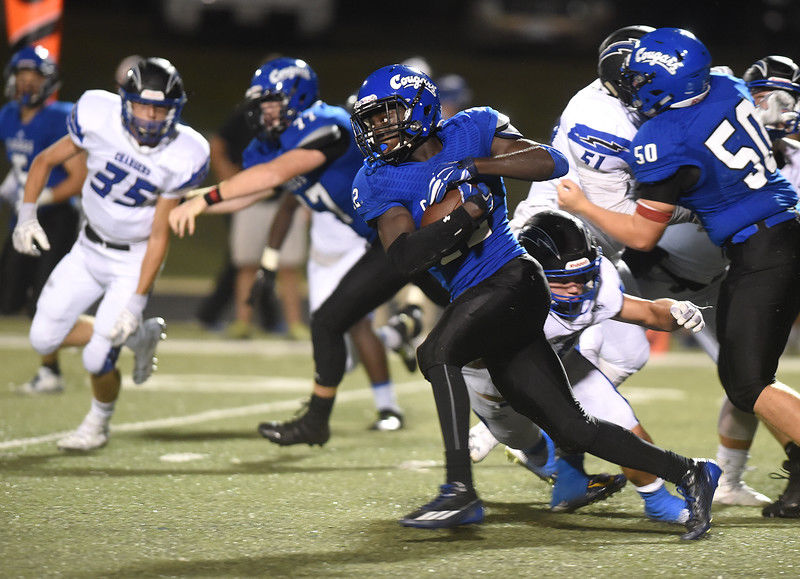 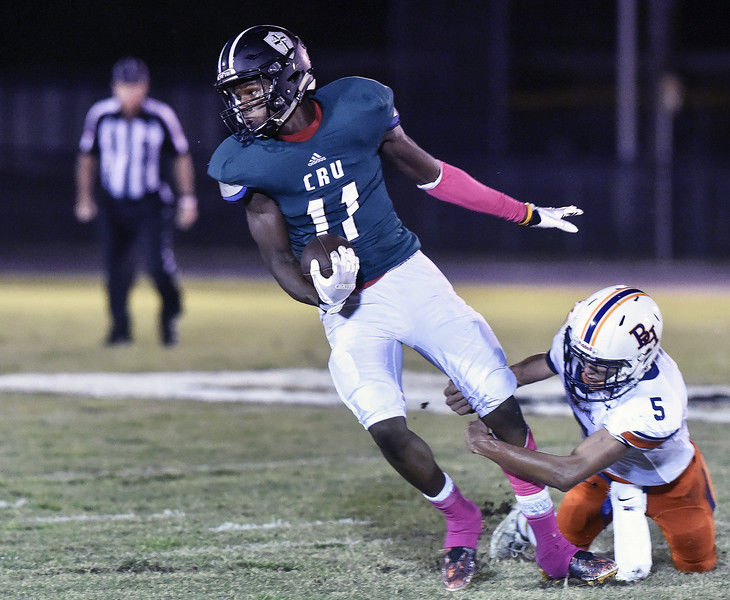 The Trojans boss aspires to have a winning tradition like that created by Maddox across town.

A win when the two teams meet Friday would be a great start.

"I think Grace, they might be the most well-coached team in the district," Starnes said. "Coach Maddox and his staff do an absolutely amazing job.

"This is a rivalry game for us against another Tyler private school. It's a big game for us. We've been excited all week. We're excited to show what the All Saints football program's about."

Grace hosts All Saints at 7:30 p.m. Friday from Clyde-Perkins Stadium, the only TAPPS D-II District 2 game in town this week.

The Trojans' last district win came nearly two years ago, against Dallas Shelton on Oct. 24, 2014. Since then, Grace is 9-3 in league play.

Despite the disparity, the Cougars know to be wary of an improving Trojans squad, especially early in games.

"They start strong," Maddox said. "They have good drives, good strong drives no matter who they're playing. They really do a good job controlling the ball, especially their first drive or two each game."

All Saints rushes for 1,477 yards per game led by quarterback Tanner Towns (623 yards) and Garrett Brown (359). The Trojans have been especially effective early in games.

"They've got a good strong fullback who hits gaps well and a quarterback who can break it on any play," Maddox said. "I've been impressed with the speed on their team. You can tell they're a well-coached bunch of boys."

Grace's offense averages 479.5 yards per game and was recently boosted by the return of quarterback Chris Wilhelmi, who threw for 272 yards in limited action his first game back from injury two weeks ago.

After a bye week Wilhelmi will get his first start of the season against All Saints, though Starnes said both Wilhelmi and Braydon Stone (845 yards pass, 465 rush) are quality quarterbacks.

"With Wilhelmi and with Stone, both of them are very athletic quarterbacks," Starnes said. "Both throw the ball well, but more importantly both do a great job of leading on the field making great decisions."

The Cougars are averaging 37.7 points per game compared to 22.6 for the Trojans. All Saints received some help on offense from its return game last week with two kickoffs taken back for touchdowns.

The Trojans will hope for more of the same to try to get back in the playoff hunt.

"There's still a good chance (of making the playoffs). This is not a must win. It (would be) a big win for us, but we still will have opportunities no matter what. We're not do or die yet."

The two remaining TAPPS D-II District 2 teams without a district blemish on their records face off when Gorman visits Dallas Christian at Mike Wheeler Field at 7:30 p.m. Friday.

The Crusaders are scoring 46.0 points while racking up 636.8 yards per game.

The Chargers are allowing 10.9 points per game while limiting opponents to 235.5 yards per game. Only Grace (413 yards) has broken the 300-yard mark against DC.

Dallas Christian is ranked No. 1 in the state for a reason and has a strong offense to go with its defense. While the Chargers' yards-per-game total of 379.3 is significantly lower than the Crusaders', DC still averages 43.7 points per game.

"They block and tackle well; that's No. 1 and No. 2," Gorman coach Coby Gipson said of DC. "That's always the key to a successful football team."

Gorman has experience playing run-oriented teams like DC, but many have been option teams.

"This isn't much option, just smash mouth football, right at us," Gipson said.

With Dallas Christian looking to grind it out on the ground, Gorman knows possessions will be limited. Gipson said the Crusaders have to maximize their possessions.

Ethan Milton (770 rush, 11 TDs) can finish drives at the goal line, as evidenced by his five-touchdown performance last week. The Crusaders will need his physicality at the goal line against the Chargers.

"This'll be the ninth straight year that I've been on the opposite sideline of Dallas Christian and I think for nine straight years they'll be the most physical team we play," Gipson said.