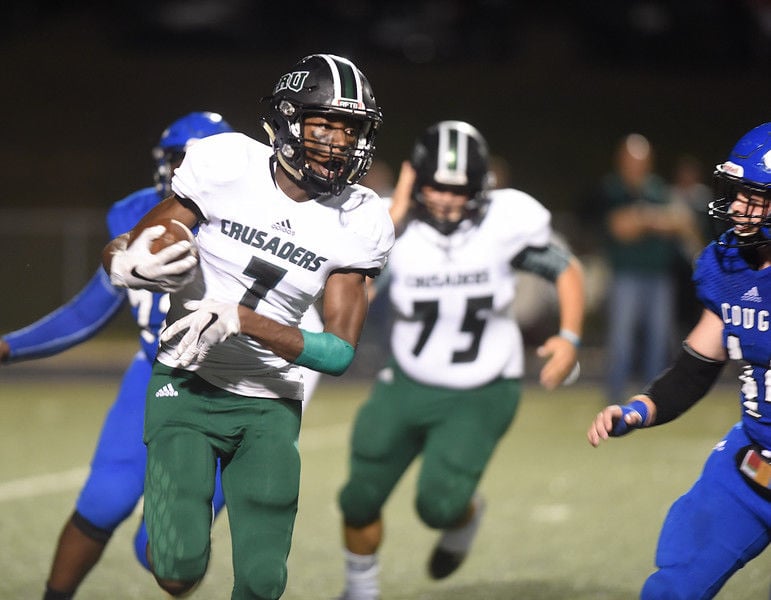 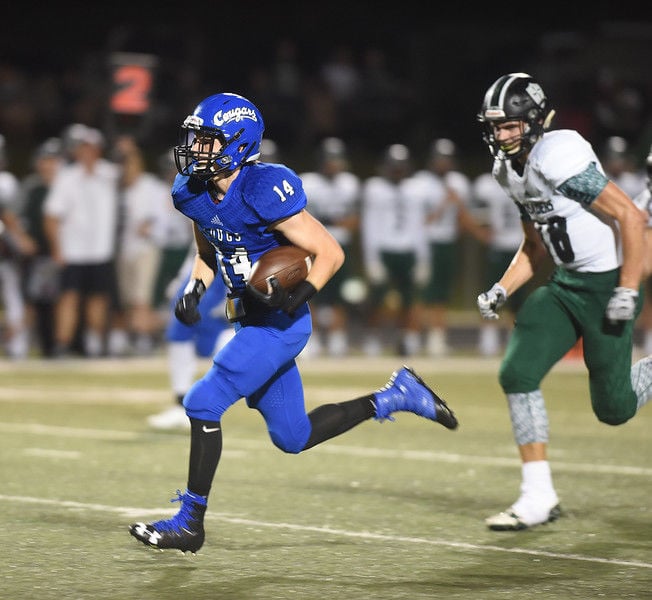 Barring one huge surprise, three of the four Tyler-area TAPPS teams are in the playoffs with no chance of changing seeding heading into the final weekend of the regular season.

But with the four squads set to face off against each other, pride and bragging rights will no doubt be on the line.

Grace Community, locked into the No. 2 seed in TAPPS D-II District 2, heads to Bullard to take on Brook Hill, virtually assured the No. 4 seed, on Senior Night at Herrington Stadium.

Bishop Gorman, having clinched the No. 3 seed, is also holding Senior Night at McCallum Stadium, hosting All Saints, the lone Tyler team not headed to the postseason but eager to finish the season on a winning note.

With local rivalries at stake, none of the teams will be looking ahead to next week just yet.

"The nice thing is about it they are a cross-town rival and I don't have to do much to get the team riled up to face them," Brook Hill coach Scott Ryle said about his team's matchup with Grace.

By virtue of its win over Gorman and loss to Dallas Christian, Grace (6-3, 4-1) is assured the No. 2 seed and a home playoff game in the opening round of the playoffs.

Brook Hill (7-3, 2-3), by virtue of its win over Trinity Christian-Cedar Hill last week, is also in - unless those same Tigers can knock off No. 1 Dallas Christian. The Guard can book a spot regardless with a win over Grace.

After going through a three-game losing skid following an injury to quarterback Hood Taylor, Brook Hill got back on track with the 52-35 win over TC-CH last week.

It's no coincidence the Guard ended the streak when Taylor came back under center. He threw for 252 yards and four touchdowns in the win.

"They're a strong team physically. They've got good size. They've got a good running game now to go with a quarterback who's back throwing the ball well. They're very sound defensively. It'll be a good ballgame."

Grace has dealt with its own quarterback injuries this year, with Christopher Wilhelmi missing the first five games. He's coming off a huge performance over rival Gorman in which he accounted for 445 yards and six touchdowns, netting him Built Ford Tough Player of the Week honors for Texas private schools.

"Grace is a phenomenal football team," Ryle said. "We have to get better. We cannot be satisfied with just winning last week.

"They are going to move the ball and we have to score points. I think it's going to be a high scoring game for us to win. It will be real difficult for us if we are not moving the football."

ALL SAINTS AT GORMAN

Gorman (4-5, 3-2) holds a one-game lead over both Brook Hill and TC-CH with head-to-head advantage over both, meaning no matter what happens Friday, the Crusaders will be the No. 3 seed in the playoffs.

All Saints (2-7, 0-5) is still seeking its first league win after a promising 2-2 start to the season, the first under coach Drew Starnes.

Gorman coach Coby Gipson said Starnes is in a similar situation to the one Gipson faced when he first came to Gorman, trying to build consistency within games and within drives.

"You can tell he's doing a great job, even with them not in the playoff hunt he's got them playing hard," Gipson said. "They have some really good athletes in the skill positions and they can score quickly."

The Crusaders will be hoping to tune up their offense for a road trip in the first round of the playoffs, likely against Grapevine Faith. Gorman averages 625.3 yards and 42.2 points per game.

All Saints is ending its season back where it began. The Trojans opened their campaign with a loss to Harmony at McCallum Stadium in the Tyler Football Classic.

"Hopefully it's going to be a different outcome for us than it was at the beginning of the year," Starnes said. "We're a lot better than we were then. We're a stronger team and we're a tougher team."

The game will have added meaning for the Crusaders in addition to it being Senior Night.

Gorman recently found out senior starting linebacker Jon Henry Broom was diagnosed with a brain tumor. The Crusaders will be playing for him the rest of the season.