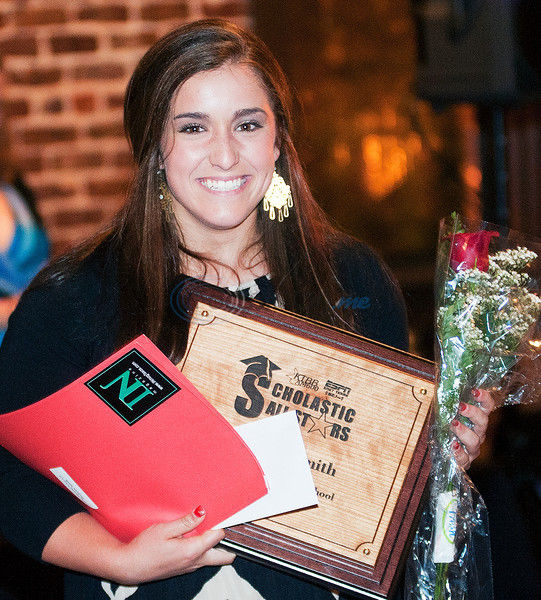 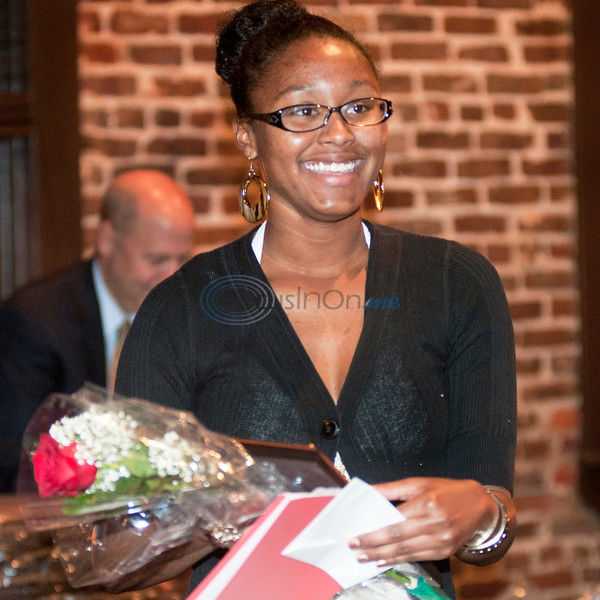 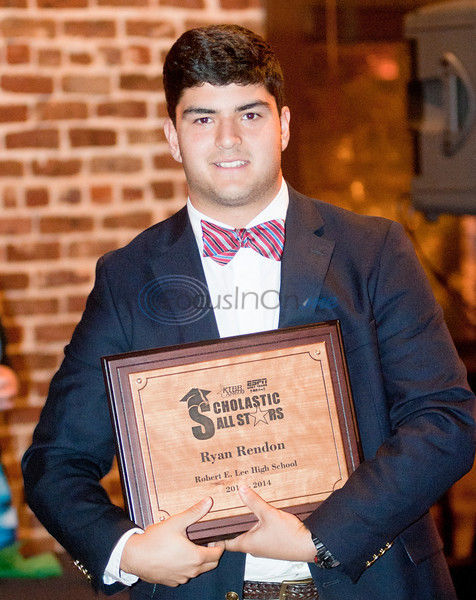 Randy Grimes produced for 10 years as an NFL center for the Tampa Bay Buccaneers. He went against some of the most storied defensive players in history like Lawrence Taylor, Reggie White — even Dallas Cowboys' Ed "Too Tall" Jones.

But none of those compared to his biggest test: addiction to prescription painkillers.

The now-sober Grimes was the keynote speaker for the 2013-14 Scholastic All-Stars Banquet. The team celebrated its 24th year with KTBB 600-AM, sister station ESPN 92.1 FM and Southside Bank the principle sponsors.

The event was held Thursday evening at Rick's on the Square with KTBB's Bill Coates the master of ceremonies.

Those in attendance took turns applauding all 20 Scholastic All-Stars, area seniors who participate in athletics and are also outstanding in academics. In order to be considered, student-athlete All-Star candidates must also be involved in school clubs and organizations as well as community events and projects.

As for Grimes, the Robert E. Lee graduate and Baylor standout relished the opportunity to come back home and tell his story.

"I love Tyler; so many great friends and memories are here," said Grimes, who is now a Certified Board Registered Interventionist and Certified Addiction Recovery Coach.

Grimes also added before his speech a tidbit about Johnny Manziel, a fellow Tyler native who was selected No. 22 by the Cleveland Browns in Thursday night's NFL draft.

"He's going to have to change some things; but you know what, so did Steve Young," Grimes said. "I remember when Young was with the Buccaneers we used to draw an eye on the back of our helmet because he was never where he was supposed to be. He was supposed to be inside the pocket, but he was always outside running around.

"But then he changed and we all know what happened then. He became one of the best who ever played. I think (Manziel) is a player and is a winner."