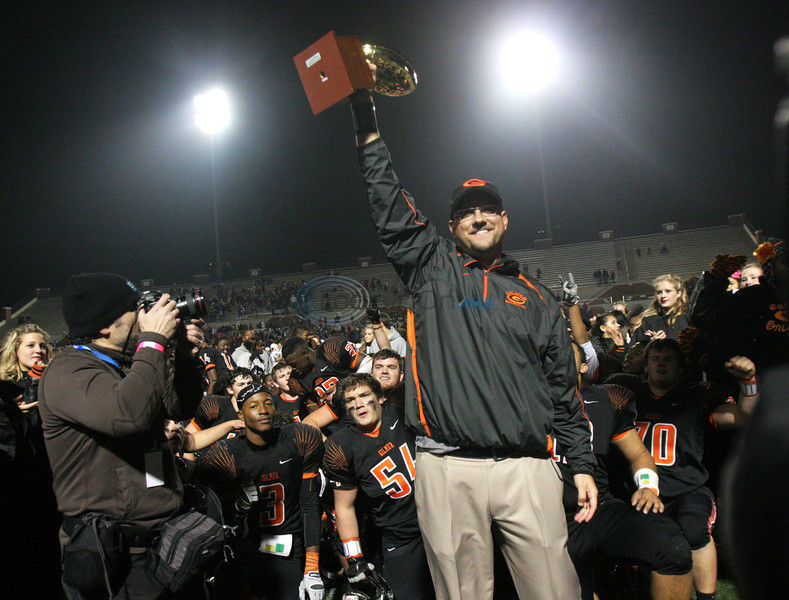 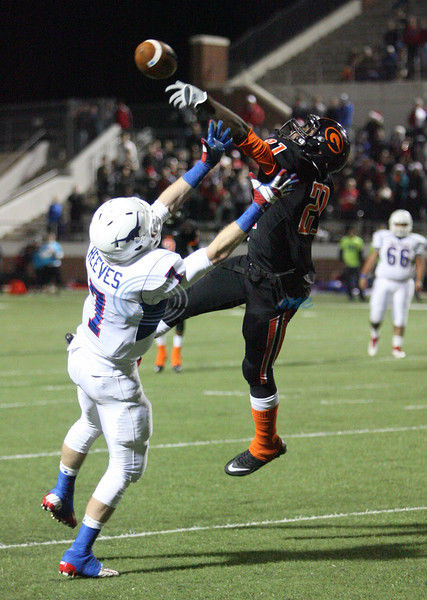 On a gusty night in the Metroplex, the Buckeyes scored 42 points with the wind at their back in the first and third quarters en route to an emphatic 50-7 victory against Graham in the Class 3A Division II state semifinals Friday night at Vernon Newsom Stadium.

Gilmer scored on its first three drives of the game and never looked back, advancing to the state championship game for the first time since 2009 and fourth time since 2004 (the Buckeyes won the title in 2004 and ’09).

Gilmer (14-1) moves on to meet top-ranked Navasota (15-0) in the final, scheduled for 4 p.m. Friday at Cowboys Stadium in Arlington. Navasota eliminated Bellville 24-7 in their semifinals matchup Friday.

Graham completed the season with a 13-2 record.

The Buckeyes had a constant 20 to 25 mph wind at their back in the first quarter, which allowed them to win the field-position battle and build an early lead that Graham wasn’t able to rally against. Gilmer took a 29-7 lead into halftime and then piled on more in the third quarter to enter the fourth ahead by 43 points.

“Our kids played great,” Buckeyes coach Jeff Traylor said. “It was a lot of fun. We are moving on and we are really excited.”

Buckeyes quarterback Tanner Barr completed 13 of 16 passes for 287 yards and three touchdowns, passing for two in the first half and another in the third. Running backs Kris Boyd and Josh Walker teamed up to score two times each in the ground, finishing the night with 97 yards and 70 yards, respectively.

“Our offense played great,” Barr said. “The defense did a great job of holding them down. We did great in all three parts of the game. We played hard and came out with the victory.”

Graham quarterback Ben Davis completed 13 of 31 passes for 194 yards and a touchdown, but most of the yardage came on two big plays. The junior was sacked five times on a night when the Steers were limited to 85 yards on 39 attempts.

“There’s only one team that’s going to go away with a victory in the playoffs and it’s the state champions,” Graham coach Kenny Davidson said. “They’re disappointed, but that’s a great group of young men. ... I guess I didn’t have them ready to play. That was a good team.”

Graham running back Dillon Gonzales, who finished with 87 yards on 20 carries, said: “We ran the ball really good on them. We didn’t execute like we were capable of doing, and it showed on the scoreboard.”

Gilmer entered the halftime break with a 29-7 lead, capping a dominant opening half in which it raced out to a 21-0 lead in the first quarter. The Buckeyes did the damage with their wind at their back, scoring on their first three drives — one drive starting at Graham’s 26 following a failed fake punt.

On a night when punting into the wind was virtually impossible, Graham faked a punt on its next series and paid dearly for the decision as Davis was stopped for a 4-yard loss to give the Buckeyes the ball at the Steers’ 26. Gilmer needed only one play to capitalize, thanks to Barr finding Slade Morris up the seam for a 21-0 lead with 1:45 left in the first quarter.

In the second quarter, Graham had the wind and its back and reached the scoreboard three plays in via an 80-yard touchdown pass from Davis to Gonzales to make it a 21-7 game. But using short passes and its running game, Gilmer managed produce another eight points in the half with a 15-yard TD pass from Barr to Patrick Finch and a two-point conversion by Walker.

“We are just very grateful,” Traylor said. “The first and third quarters we outscored them with the wind. The wind was huge.”