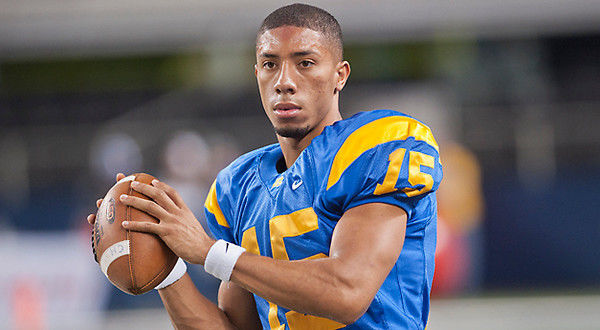 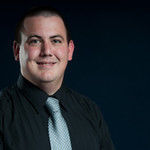 ARLINGTON — In what seemed like a split second, Avery Saenz thought his season was over.

The Chapel Hill quarterback went down with a broken ankle in the second quarter against Carthage in a non-district game Sept. 9. The pain was intense, and after missing most of his sophomore season with an injury, history seemed to repeat itself.

But here Saenz was, offensive player of the game in Chapel Hill’s 20-19 win over Alvarado in the Class 3A Division I state championship.

Just call it a season of second chances.

The injury he thought would sideline him for his senior season only kept him out six games — although early estimates had him back in the second or third round of the playoffs. Chapel Hill’s biggest gamer, the Bulldogs’ leader, fought back.

“I was just relieved I got another chance to play. I still had work to do,” Saenz said.

On Friday night on football’s biggest stage, his job was finished. Saenz and the Chapel Hill Bulldogs completed their 15-0 season with the highest honor for a high school football team: state champion.

A year removed from losing in the final game to a team just 20 miles down the road, Saenz orchestrated several Chapel Hill miracles in the playoffs, the finale included. This was a year for redemption. Not many get second chances, but Chapel Hill did.

And even though he returned to the lineup earlier than planned, there was still work to be done — and seemingly, obstacles bigger than a broken ankle.

There was the 27-20 win over Waco La Vega in regionals, a game Saenz played mistake-free and he eventually watched Andrew Tucker race 93 yards for the game-winning touchdown with less than a minute left in the game.

There was the 56-46 win over Navasota, which was Saenz’s worst game of the season. He had two interceptions — his first of the year — returned for touchdowns, but he responded with a perfect second half to help keep Chapel Hill alive.

Then, there was The Drive.

Down 16-14 with 2:09 left in the game, Saenz engineered a miracle. A 43-yard completion to Tre Allen on fourth-and-7 and eventually a 13-yard touchdown pass to Nelson Onwuzu with eight seconds left put Chapel Hill back where it needed to be: back in the state championship.

“My mindset was I just had to get the team in position to win. I needed to be a leader,” Saenz said. “Last year we got here, but this year, we had to win it.”

He hobbled off the field after a big hit, and somewhere in the game, he broke his index finger on his throwing hand. But, Chapel Hill’s gamer never took a play off.

Saenz finished 9-of-17 passing for 117 yards and two touchdowns, and he broke some crucial runs for first downs to keep Chapel Hill drives alive. He ran little after his ankle injury, but his 34 yards against Alvarado were the biggest of his career.

He shied from the limelight during postgame celebrations. In Chapel Hill’s group picture with the championship trophy, you won’t find the humble quarterback. He was off to the side giving quiet “thank-yous” to congratulators and shaking hands with four fingers.

But, he’s always been there. And, like his teammates, will be a state champion.