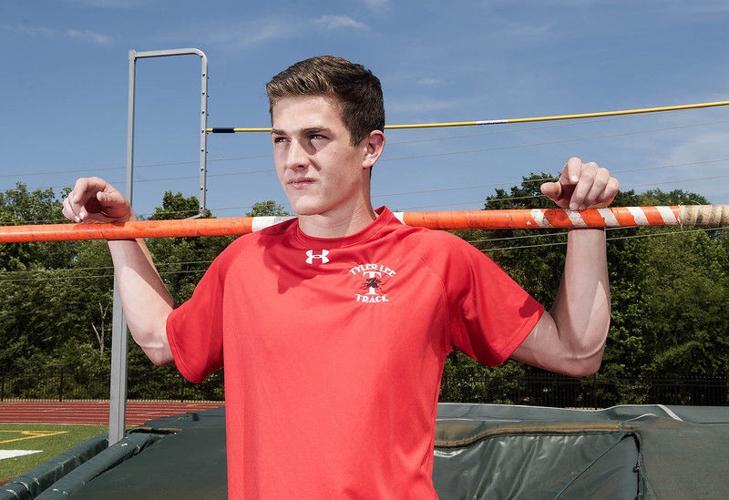 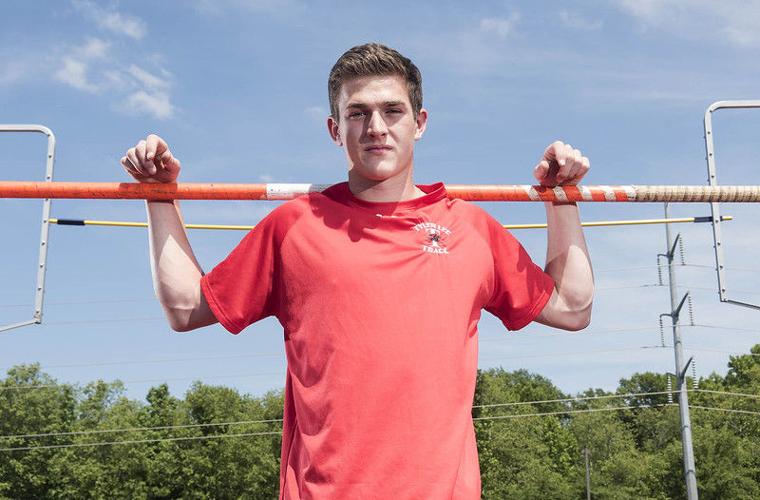 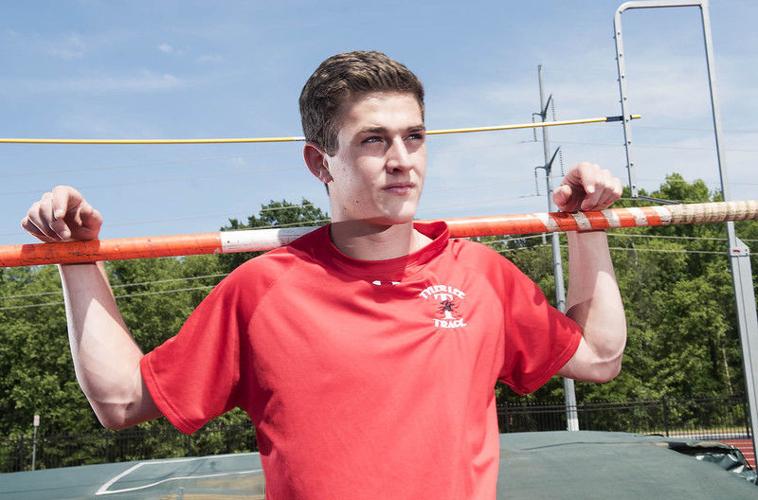 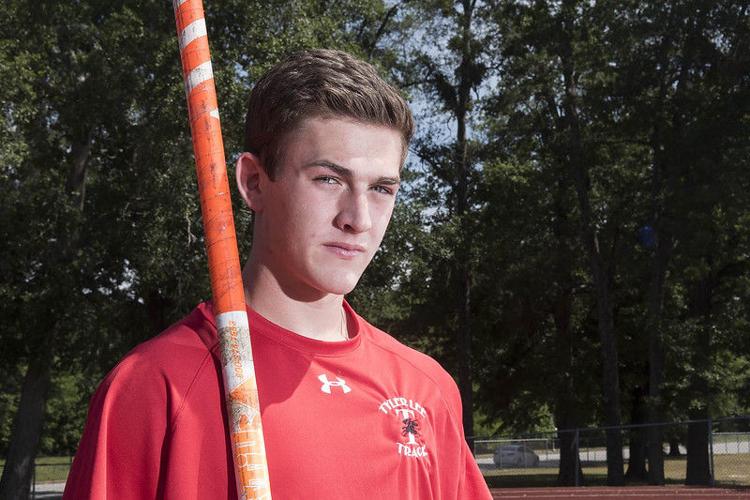 Robert E. Lee junior Branson Ellis will compete this week at the Class 6A track and field championships at Mike A. Myers Stadium in Austin.

Ellis qualified as the 6A regional champion in boys pole vault for the second straight year. He set a personal record of 16 feet, 4 3/4 inches to win the meet and qualify for state.

The state runner-up a year ago, Ellis will compete in the 6A boys pole vault at 11 a.m. Saturday.

Ellis is back at state, but how he qualified is a story in and of itself.

"I have never jumped with this pole!"

"I have never even used this pole!"

"I have never even taken it out of this bag!"

Ellis couldn't help but verbalize his frustrations, so with trepidation, he grabbed the 20-year-old yellow vaulting pole and began the walk to his starting position at the edge of the runway for this third and final attempt at 15 feet and 3 inches.

It did not matter that Ellis entered the 6A Region II meet as overwhelming favorite to not only qualify for state, but also win a second regional title.

If Ellis did not make it over this height on this attempt, his season was over.

The meet had already not gone as planned, with the regional officials throwing a curve ball into the competition by making jumpers clear the 15-3 height.

Ellis' process all season had been to clear 15 and then 15-6, so 15-3, although shorter, was throwing a wrench into this.

Add to that the conditions in Waco had nullified many of the poles in his bag because they wouldn't be able to withstand the wind.

"There was a 22-mile per hour tailwind and it was crazy. The pole that I jump with all the time, I almost broke it," Ellis said of his first attempt at 15-3. "So I went up to a pole that I almost never jump with and I (did break this pole on the miss).

During his second attempt, Ellis had spiked himself, cutting his ankle. Grabbing the yellow unknown pole, with blood nearly clotted from his wound, the last thing on his mind was clearing the height.

"I've had a really bad incident where I missed the pit before during a summer meet in Port Aransas where (I landed on the concrete) and that was my biggest fear," Ellis said. "I knew if I just made the pit, I would clear it."

Adding to the tension was the countdown clock.

Each vaulter is given a minute from the time his or her name is called to when he or she must begin the vault. If the clock goes to zero, it's an automatic scratch.

Normally this is not an issue, but on this night, the pole vault competition had begun later than usual, so it was being held at the same time as running events on the Baylor track.

The pole vault was meters away from the race starting line. One of those races was seconds away from starting when Ellis' clock started counting down from 60 seconds.

Ellis was waiting for the gun to sound, but it never did. Meanwhile, the clock had reached 30 seconds and REL track coach Aaron Babino was getting a little nervous for his athlete.

Ellis was trying to wait out the starting gun for the race.

"When he shoots off that gun it was going to be loud and right next to me, so I am just sitting there thinking either they need to stop that clock for a little bit, or he needs to hurry up and (shoot the gun to start) the race," Ellis continued.

Using the yellow pole for the first time, worried about where he was going to land and potential distractions with a starting gun, Ellis began his vault and went airborne.

"As soon as I got over the bar, that gun shot went off," Ellis said.

He had cleared the height and was moving on in the competition.

Full of confidence, Ellis continued to use the yellow pole and cleared height after height, leaving the remaining competitors in his wake until the fun finally ended at 17-0.

Ellis' pole vault coach is Carl Erickson. The 84-year-old Erickson and his son, Jeff, own Altius XTreme Vaulting Poles in Jacksonville. The two Ericksons work with Ellis, among many other vaulters from around the area. Branson said that Jeff suggested he take the yellow pole "just in case."

Erickson said by phone from Jacksonville that Branson overcoming adversity did not surprise him.

"Good pole vaulters rise to the occasion, and if (qualifying for) state isn't the occasion, they will never rise to it," Erickson said.

Ellis was second last year at state to Bailey Henderson from New Braunfels Canyon, who cleared 17-3. The Lee jumper stopped after 16-0, but that was last year.

His regional winning vault of 16-4 3/4 is almost a foot more than any of the other state qualifiers. Five vaulters qualified at 15-6, but Ellis has bigger plans than just winning state.

"I want to jump 17-0; that was my goal last year, too," said Ellis, who said he regularly jumps 17-0 in practice. "If the conditions are right, I think I can (clear that). I have been so consistent at practice. I will start at 16 and clear it five or six times and then bump it up to 17 and make it 10 times and be done with practice."

Ellis said he practices pole vault every other day, 365 days a year. The practice will not end after the state meet, regardless of his finish.

Carl Erickson believes the sky is literally the limit for Ellis.

"He hasn't even begun to jump what he is capable of," Erickson said.