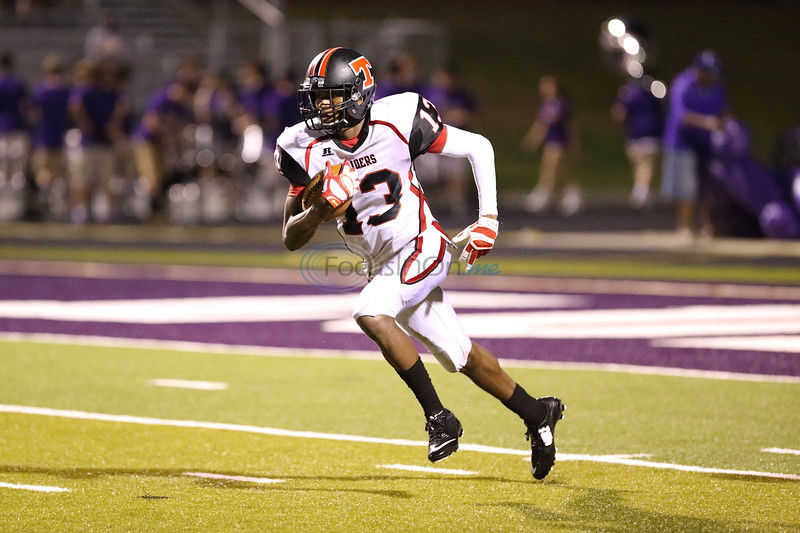 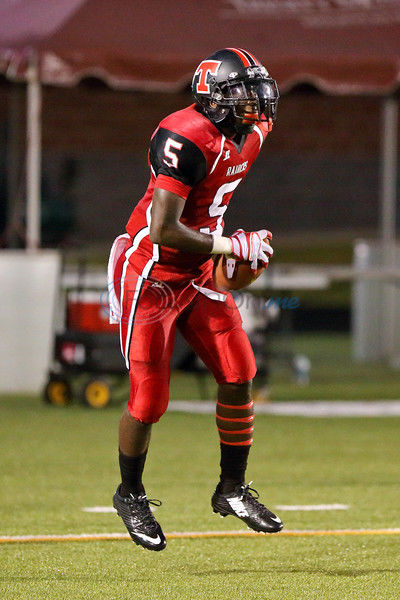 Of course, both of them played defense last year.

Barker and Devers bypassed the junior varsity, going straight from their respective freshman teams to the varsity.

But there was a catch.

Barker and Devers were the new starting free safety and strong safety. An injury to starter Patrick Udofia necessitated more defensive secondary help, so both were brought up and moved to an unfamiliar side of the ball.

“We were sophomores, just 15, and we knew those guys were 18, 19 and 5A football,” Devers said about the adjustment. “Me and (Barker) got butterflies before the games.”

Added Barker: “That was my first time ever playing safety and I had a week of practice to get me ready to play safety. It was hard and I had to (learn on the fly).”

Barker finished with 49 tackles as a free safety with Devers totaling 14. Barker also got in the act a little on offense, finishing with one catch for 28 yards.

So as the 2014 season approached, both were happy to hear they would be returning back to the offense.

“I wanted to play offense, but I had to cross over to defense because people got hurt,” Barker said. “Coach (Dan) Roberson talked to me last year when I was playing safety that he was going to need me to play receiver (as a junior).”

It did not take long for the reunion to produce points.

Hall’s first completion of the 2014 season went to Barker for a 5-yard gain. Devers’ appearance was a few plays later — on a 27-yard scoring hookup.

“It felt good to try and get us out to a good start,” Devers said. “Zach put it on the money.”

Entering this week against John Tyler, Barker leads the Red Raiders with six catches for 74 yards with Devers totaling four for 73.

And Devers is quick to point out that he and Barker are two of many capable and potentially breakout pass catchers at Hall’s disposal.

“Our receivers are really good and I think (we are starting to get noticed now),” Devers said.

In two games, Hall has connected with nine different receivers. Putting that into perspective, only 11 Red Raiders had receptions all of last year.

Next up for Lee’s offense is Class 5A No. 1 John Tyler (2-0), which has thwarted REL in the past two meetings, holding the Red Raiders down in two shutout losses.

Devers said REL respects the Lions, but is confident the offense will be able to move the football and get it in the end zone.

“We just want to go out there and play like we know we can,” Devers said. “Do what we’ve been doing; run, catch the football and score points.”

Tickets: Presale tickets for the Rose City Rivalry are $3 (students), $5 (adults) and $7 (reserved). Tickets may be purchased at the Athletic Office at Plyler Complex, 807 W. Glenwood, Wednesday and Thursday, from 8 a.m. to 4 p.m. and on Friday from 8 a.m. to 1:30 p.m. Other outlets are T&T Lewis, 903 W. Martin Luther King Jr. Blvd. during regular business hours and at Tyler Athletics, 5520 Old Jacksonville Highway. Tickets at the gate are $6 (general admission) and $8 (reserved).