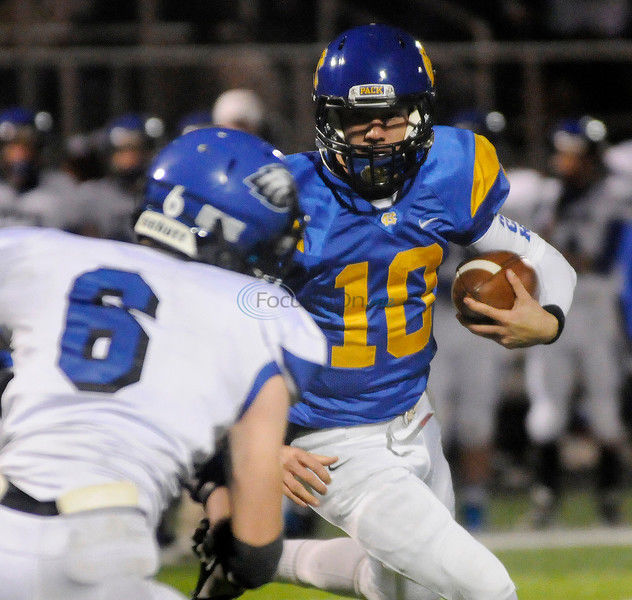 Chapel Hill quarterback Andrew Black runs for a first down in the first half as Decatur's Jacob Kevetter comes up for the tackle in their playoff game in Forney on Friday night. (Herb Nygren Jr. | Tyler Morning Telegraph) 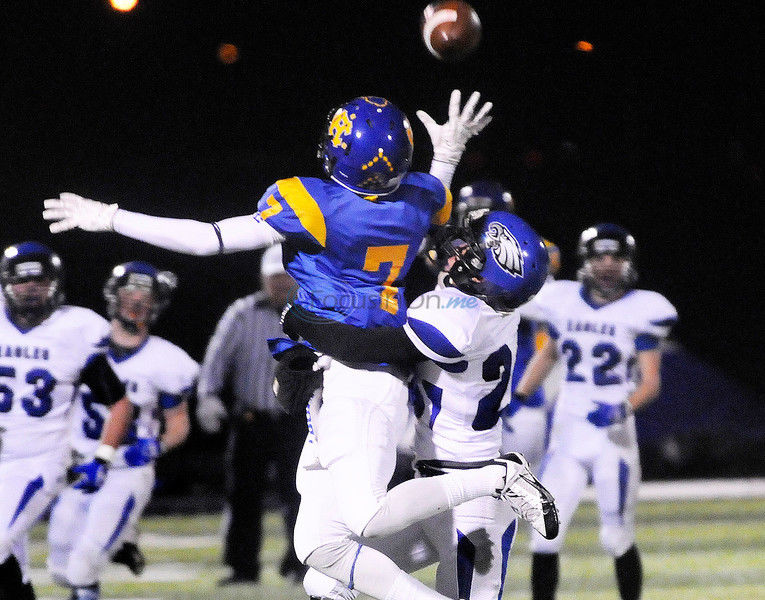 Chapel Hill quarterback Andrew Black runs for a first down in the first half as Decatur's Jacob Kevetter comes up for the tackle in their playoff game in Forney on Friday night. (Herb Nygren Jr. | Tyler Morning Telegraph)

FORNEY — Looks like we're headed for a "District of Doom" showdown.

Black passed for four touchdowns and ran for another while finishing with 23 carries for 124 yards and passing for 322 yards. The senior ended the first half with three touchdowns and the second half with two more as Chapel Hill pulled away in the fourth.

Decatur quarterback Grayson Muehlstein, a TCU pledge, accounted for five touchdowns (three passing, one rushing, one receiving) while finishing the night with 357 yards and four interceptions, the last leading to a 90-yard return for a touchdown by Bulldogs defensive back Sammy Guzman late in the fourth.

Chapel Hill took a 28-20 lead into the break thanks to three touchdowns from Black, who passed for two (27 and 44 yards) and ran for another (9 yards).

Muehlstein also finished with two TDs passing (11 and 22 yards) and one rushing (85 yards) to help the Eagles rally from 14-0 down and score 20 points in the second quarter.

Black's first TD capped a seven-play drive that spanned 59 yards and followed a drive in which the Bulldogs moved the ball to the Eagles' 21 in 10 plays before fumbling. The score put Chapel Hill ahead 7-0 with 4:19 left in the first quarter and was followed by Jeffery Minor's 20-yard TD around the left end to extend the lead to 14-0 with 20 seconds to go.

But Decatur answered quickly in the second quarter, methodically moving the ball 78 yards and getting an 11-yard TD pass from Muehlstein to Lowe to get on the board with 9:27 showing. And after Black stretched the Bulldogs' lead back to 14 points, Muehlstein put his speed on full display by outrunning the secondary 85 yards with 3:14 left in the half.

From that point, the teams traded touchdowns (two each) as Lowe caught a 22-yard scoring pass from Muehlstein to make it an eight-point game with 52 second to go before the break.

Class 3A Division I Regional Playoff