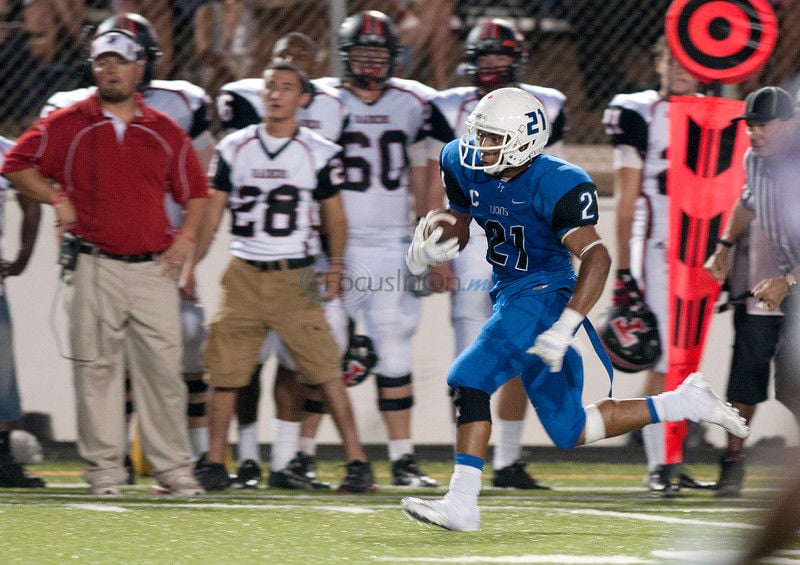 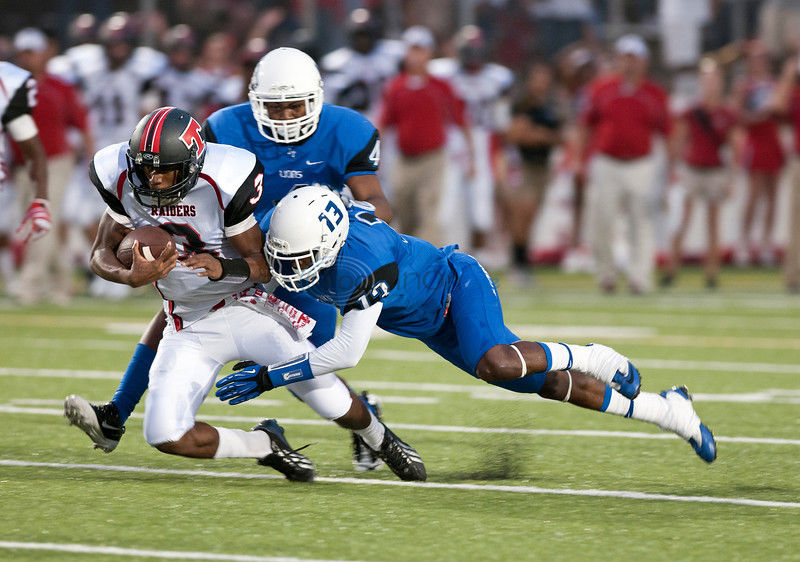 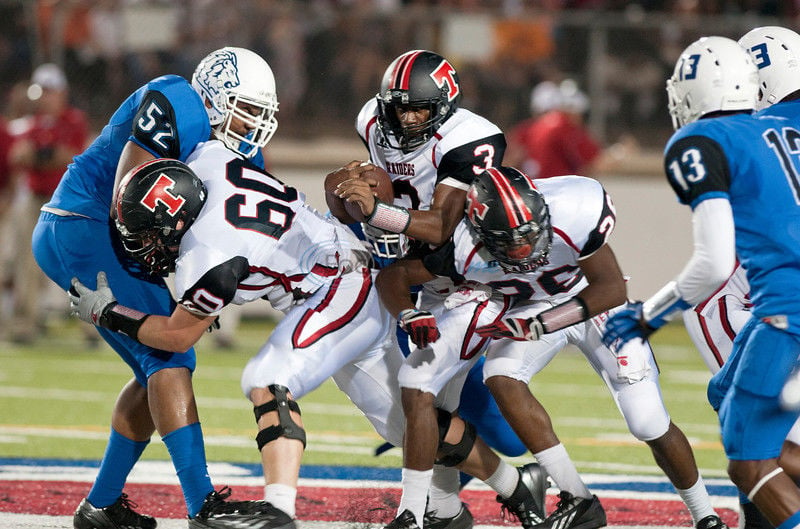 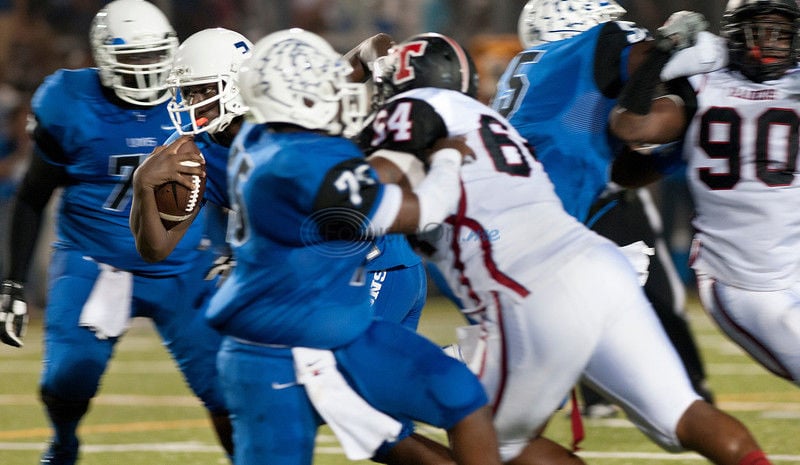 If Robert E. Lee had any momentum heading into its annual rivalry match with John Tyler, it was snuffed out early and often.

The Red Raiders gave the ball away five times in the first half and the Lions took full advantage, dominating from start to finish in a 44-0 triumph Friday at Trinity Mother Frances Rose Stadium.

"It feels great, man," Amie said. "We practiced hard. We put in our work; hard work pays off."

JT led 10-0 after one quarter and scored 21 points off three turnovers in the second for a 31-0 advantage at halftime.

Lee lost three fumbles, threw an interception and failed to recover a pooched kickoff in the first half.

"I told them at halftime, if they turn it over five times against our dang coaching staff, we'd beat them," REL coach Darrell Piske said.

Lions junior quarterback Geovari McCollister completed 16 of 22 passes for 229 yards and two scores to go with 97 yards and two more TDs on the ground. His 84-yard touchdown run in the fourth quarter put an exclamation mark on the victory and put JT at a season-high 210 rushing yards.

"He's starting to understand that his offensive line is better than what he really thinks that they are and he's starting to trust them more," JT coach Ricklan Holmes said.

Nick Cain caught three passes for 91 yards and a TD, adding a run as the backup quarterback to go to 104 total yards for the game. Jeremy Wilson had 111 total yards, including a 54-yard touchdown run and Reggie Gipson hauled in a 28-yard scoring strike.

Last week's hero in JT's win over Lancaster, Jose Perez connected on three more field goals on Friday, scoring from 22, 37 and 30 yards, though Desmond Dunn blocked his attempt from 40 yards in the first quarter.

REL sophomore Zach Hall, who had sparkled in his first two outings of the year, rushed for 81 yards in the first half but the Lee offense couldn't overcome the turnovers. The Red Raiders finished with 195 yards on the ground but only 21 through the air, most coming on Raleigh Poster's lone completion, a 17-yard pass to Marquiston Williams.

Bryce Wilkerson ran for 63 yards in the fourth quarter to reach the JT 12, but Lee was unable to punch it in to end the shutout.

In addition to Amie's fumble recovery, Kadarius Henderson recovered a fumble on a kickoff, Jaylon Reese came up with the ball on another fumble and Greg Johnson picked off Hall late in the second quarter.

"We've got to be that team that's able to get the ball in our offense's hands fast without going three-and-out," Holmes said. "You've got to be able to cause the turnovers and capitalize on them."