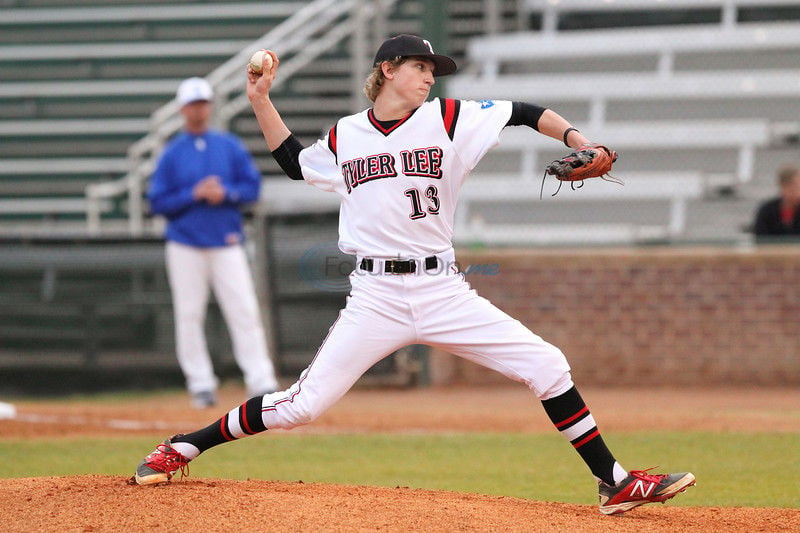 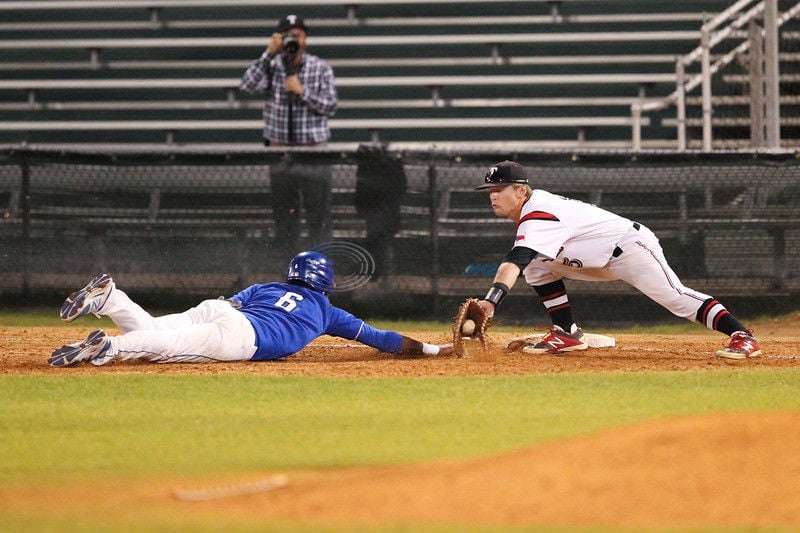 Starks allowed one run on three hits in a complete-game effort as North Mesquite defeated Lee 5-1 Friday in a District 12-5A baseball game at Mike Carter Field.

Starks needed 83 pitches for the win, the majority of which were strikes as the Stallions lefty did not issue a walk. He set REL down in order for five its seven innings.

"The young man is good and he did what he does," said REL coach David Howard about Starks. "He competes in the strike zone with three pitches and he gets kids out."

Starks also went 2 for 3 at the plate with two singles and an RBI. Stallions shortstop Bobby Albiar had a single, double and three RBIs.

REL's Clayton Hodges had two of the Red Raiders hits with a single, double and he scored a run. The other hit was a single by sophomore Parker Bates.

Lee junior Henry Smith takes the loss allowing four runs, three of them earned, on five hits with one walk and three strikeouts.

"You take away one inning where we didn't take care of what we need to do," Howard said. "They ended up that inning with a big hit. You take that away and it's a 1-0 game."

Both starters cruised through the order in the first two innings. Kyle Gumm drew a one-out walk followed by singles from Cameron Henderson and Isaac Allen to load the bases.

Starks drove in a run on a fielder's choice, bringing Albiar to the plate with two outs. He hit a ball to center that appeared to be no trouble; REL's outfielder broke in on the ball and was unable to retreat in time. The ball went over his head and to the wall for a two-run double and 3-0 lead.

In the bottom of the third, Hodges doubled with one out and went to third on a wild pitch, but Starks struck out the next two batters.

In the sixth, now trailing 4-0 after North Mesquite added an unearned run, the Red Raiders got on the board with Hodges scoring on an error. But with runners at the corners, Lee was unable to add to its tally.

REL went in order in the seventh.

The Red Raiders are idle on Tuesday before facing Rockwall on Friday. The Yellowjackets are 1-1 in district after annihilating Mesquite Horn 15-5.

Longview won its district opener too and was idle on Friday, which leaves four district teams sitting at 1-1.

"We have a week off to regroup and we play Rockwall Friday and it does not get any easier," Howard said. "They are one of the best teams in the state and we have to find a way to get on bus and go up there and stay with them and find a way to win it."