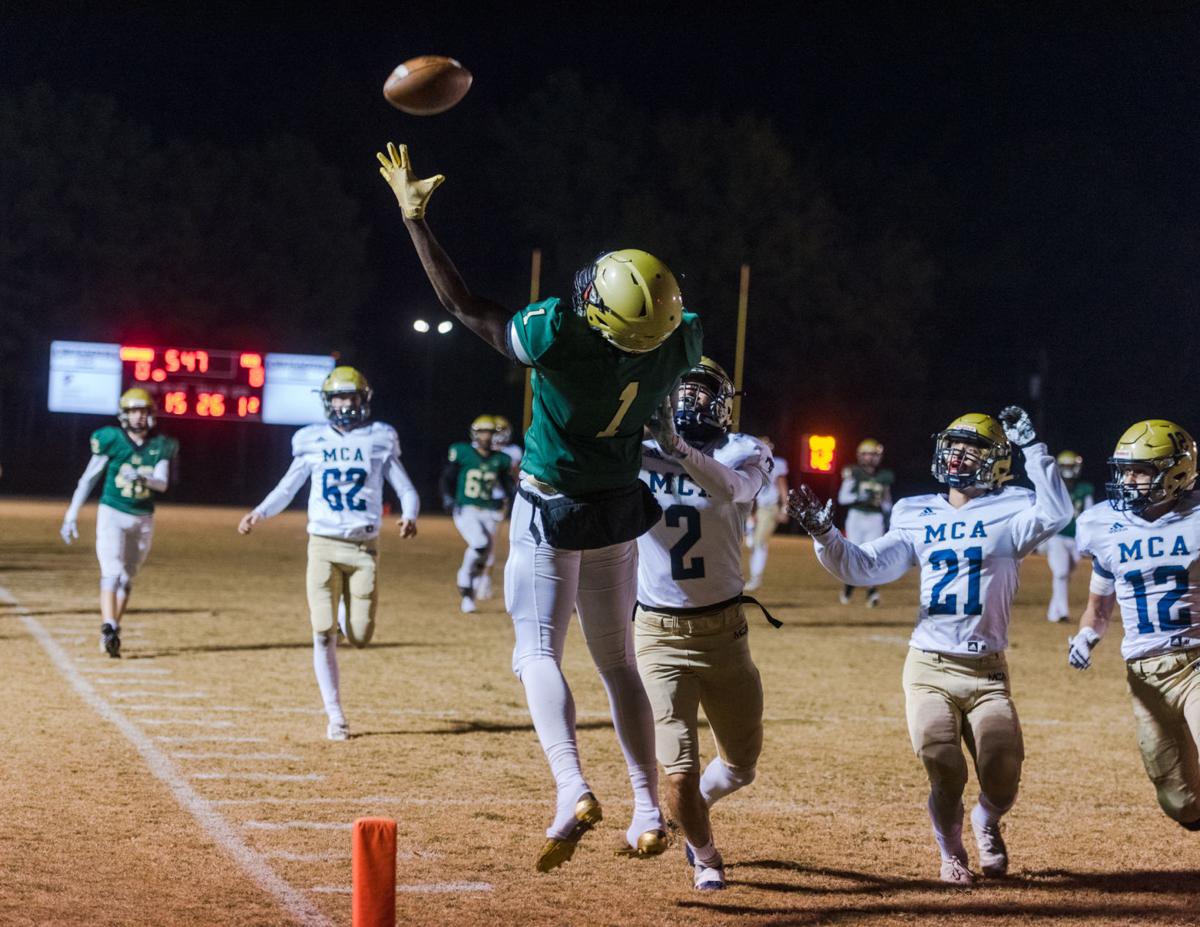 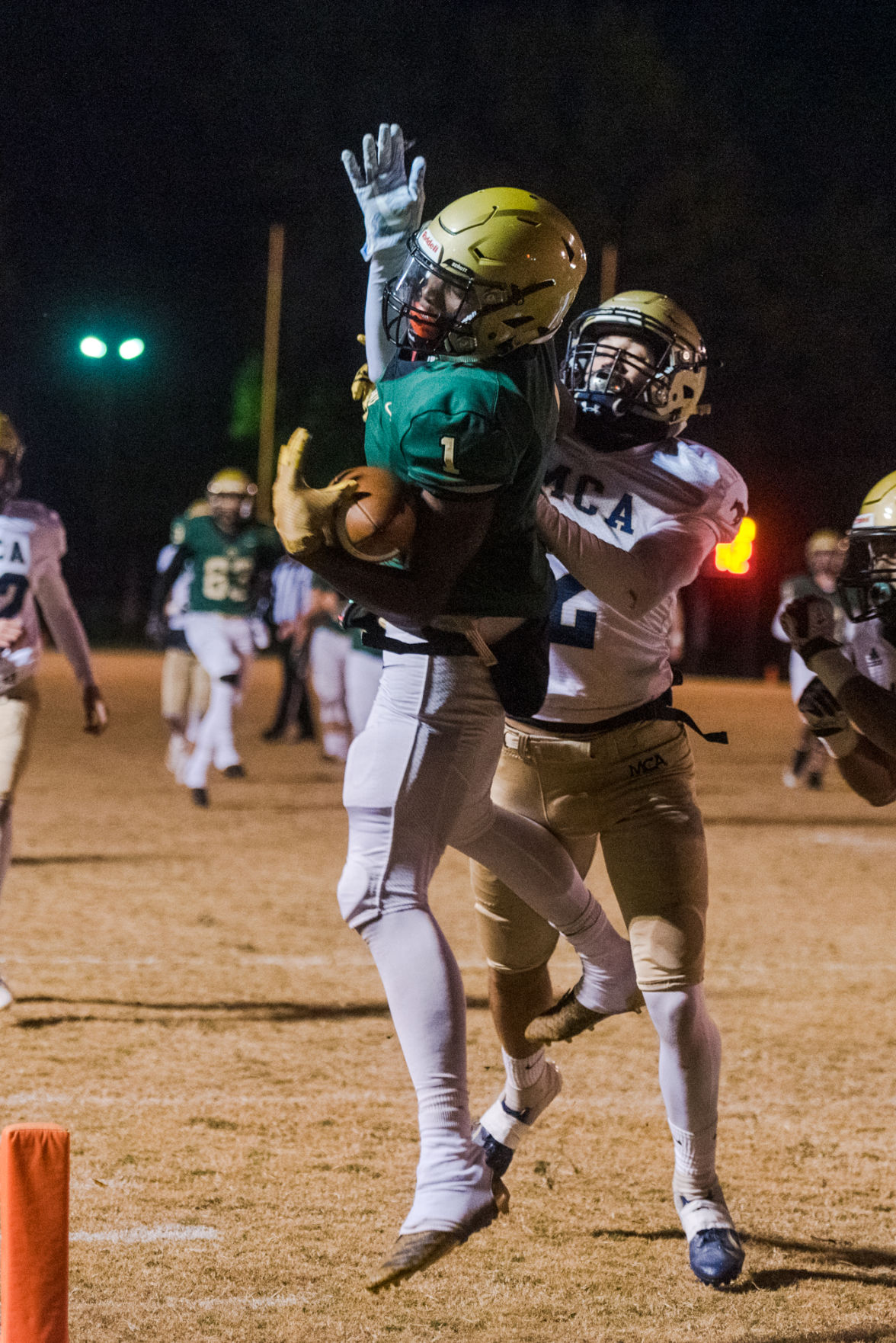 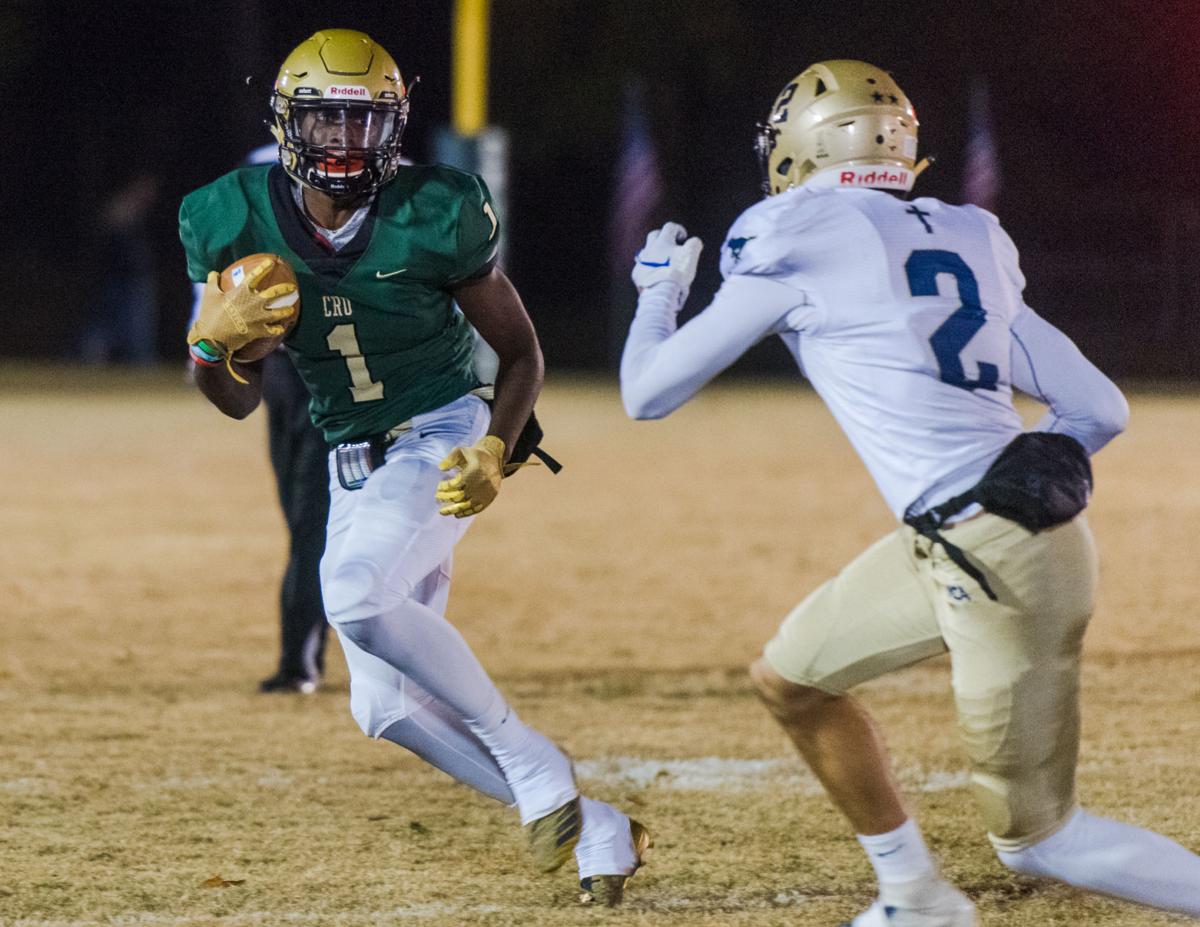 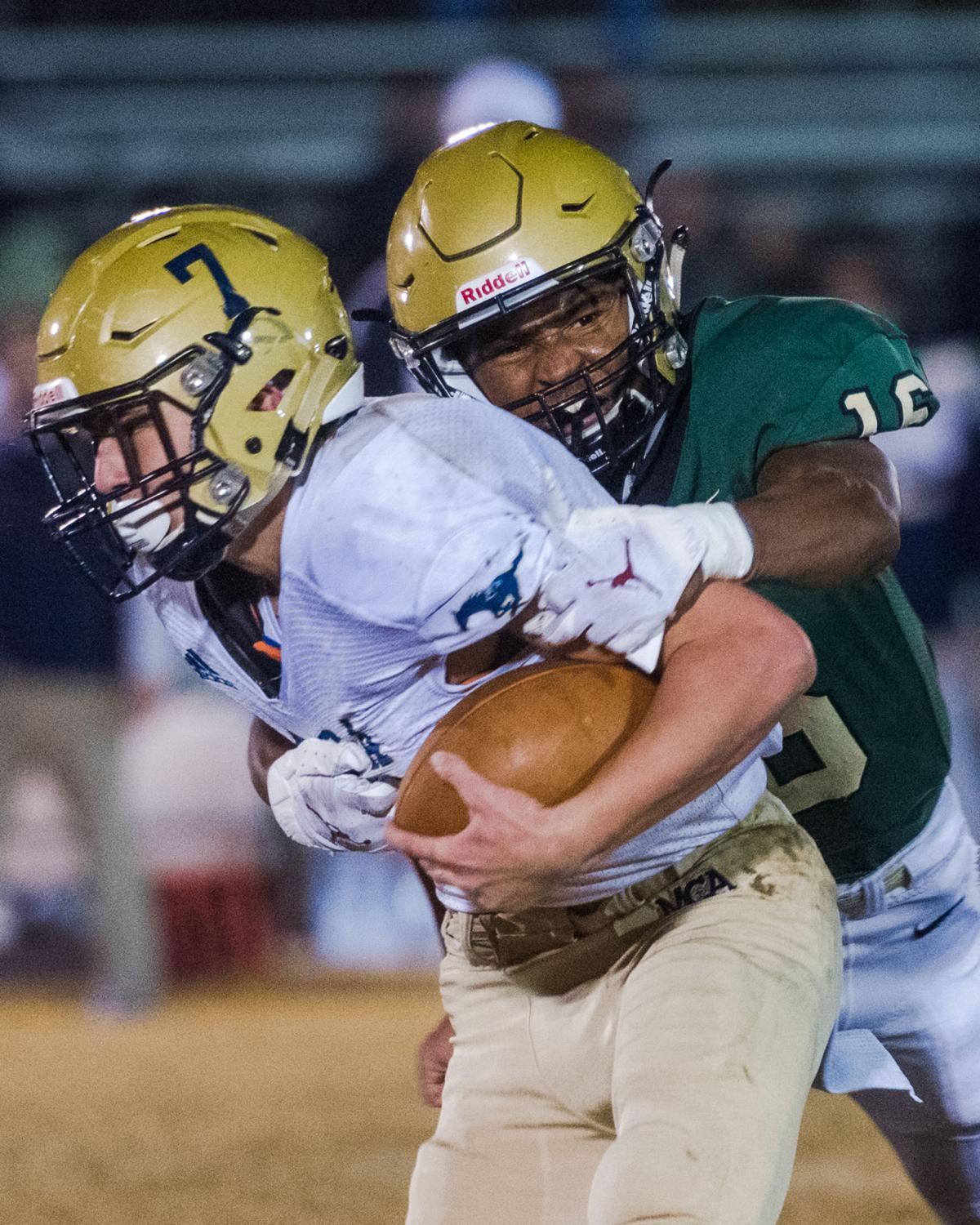 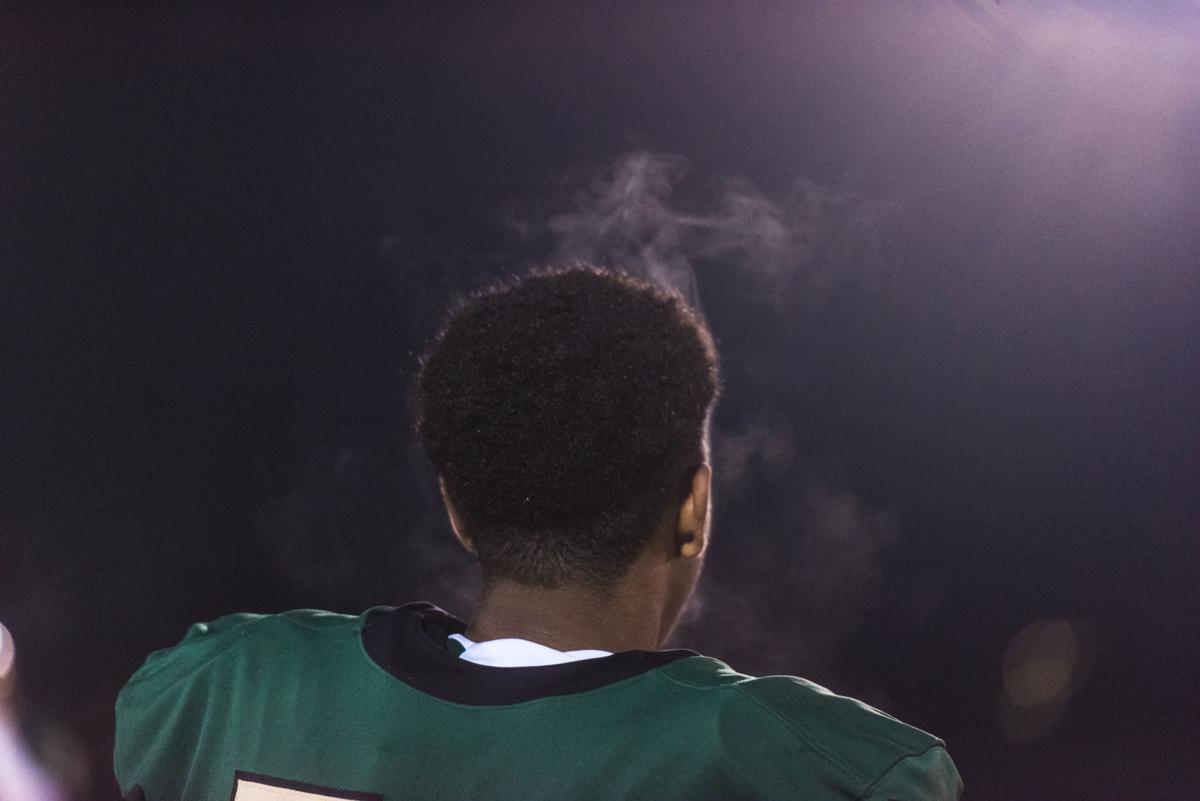 A Bishop Gorman player looks on from the sidelines as his head steams in the cold air during game action against McKinney Christian Academy Friday, Nov. 8, 2019 at Bishop T. K. Gorman Catholic School in Tyler. (Cara Campbell/Tyler Morning Telegraph) 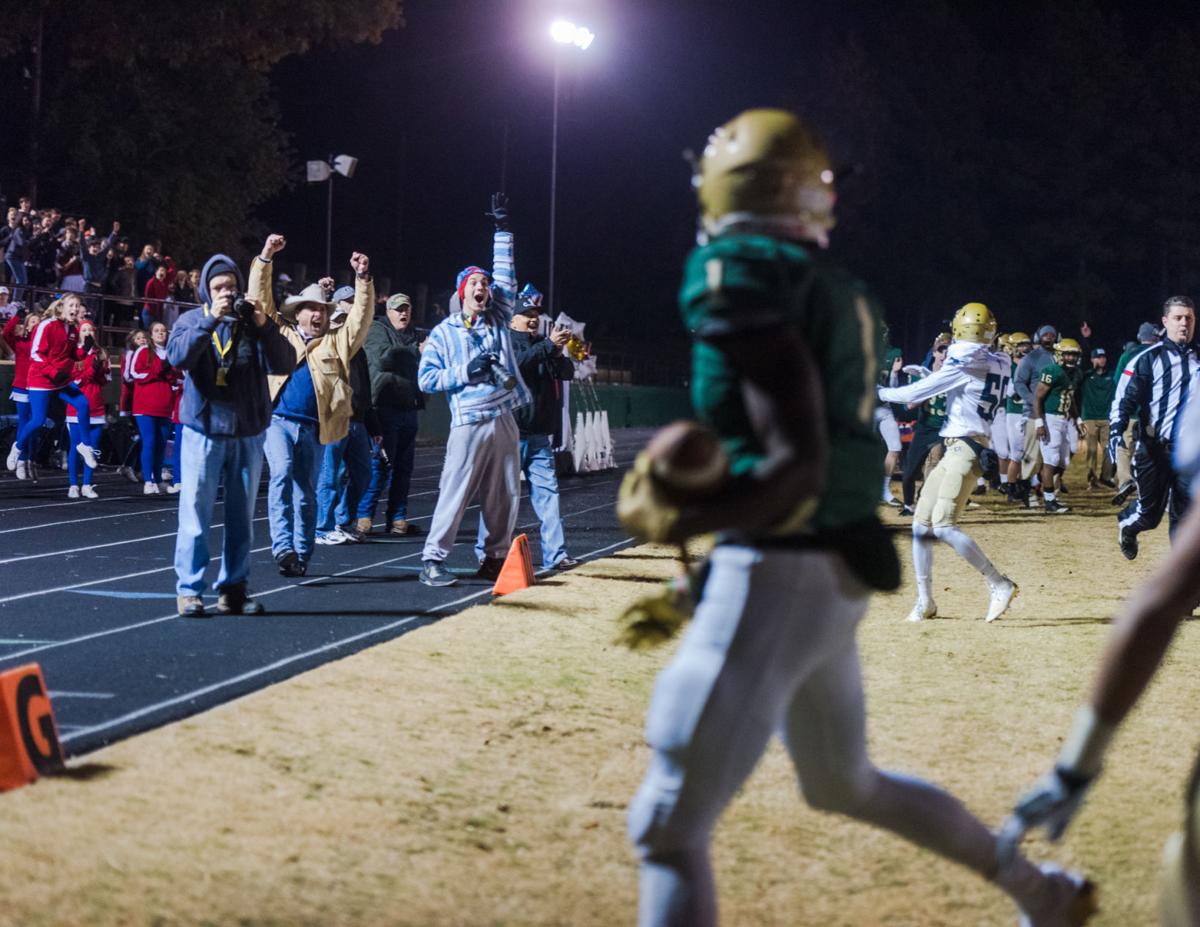 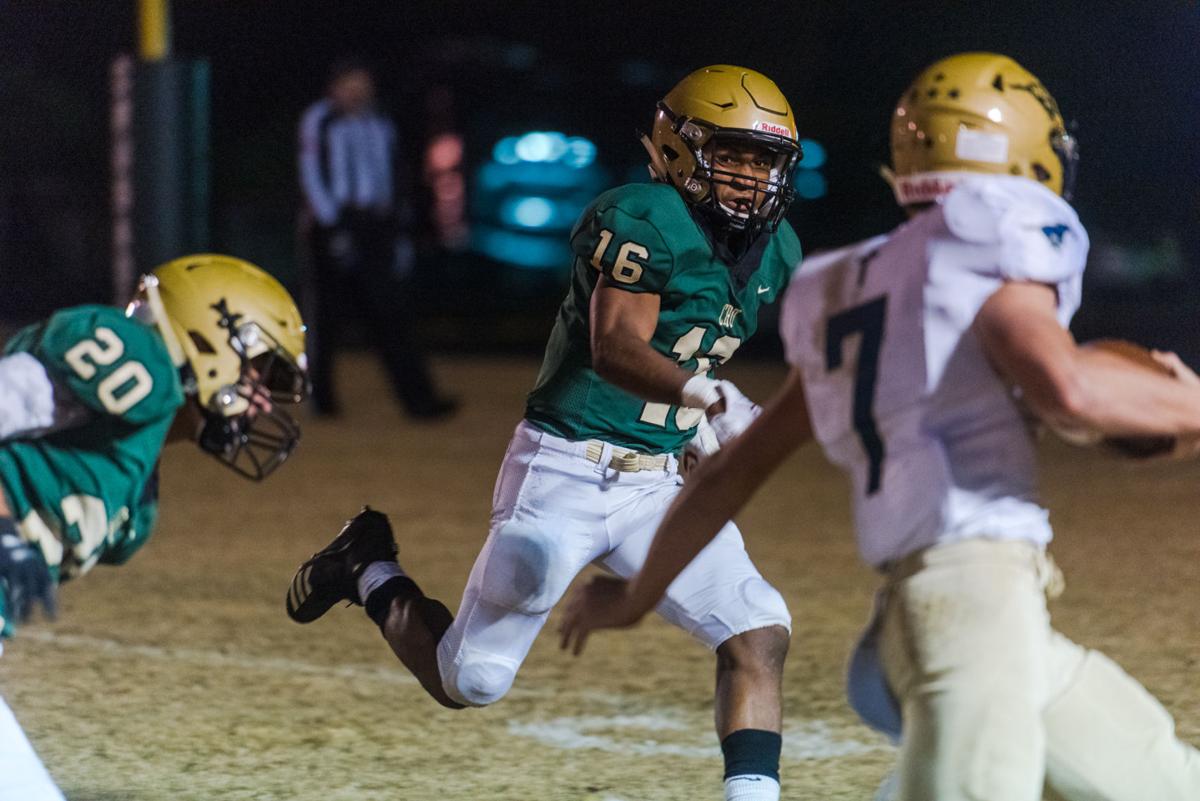 A Bishop Gorman player looks on from the sidelines as his head steams in the cold air during game action against McKinney Christian Academy Friday, Nov. 8, 2019 at Bishop T. K. Gorman Catholic School in Tyler. (Cara Campbell/Tyler Morning Telegraph)

Tyler Bishop Gorman honored all branches of the military during halftime of its game against McKinney Christian.

The game itself resembled a military siege with the host Crusaders overrun by its Metroplex visitors in a 56-0 loss Friday at McCallum Stadium.

It was Senior Night for Gorman (1-7),which entered the contest aiming to get its second win. McKinney Christian (5-5) hadn’t won a district game before this evening.

Gorman trailed 30-0 at halftime. The game featured a running clock for the fourth quarter.

The Crusaders first drive of the game looked promising before a turnover flipped things the other way.

On first-and-10 from the Mustangs 39, Lara connected with Anthany Smith for a 12-yard gain. Two plays later an interception was the first of five turnovers Gorman committed in the loss.

McKinney Christian used power runs from Mitton and Denzel Poulter to move into the red zone before Mitton capped the drive with a 14-yard TD run.

Gorman successfully recovered an onside kick attempt from McKinney Christian to give itself great starting field position near midfield. The Crusaders used a 16-yard pass from Lara to Smith to move to the 36 with a pass interference pushing the ball down to the Mustangs 15.

Gorman went backwards from there, eventually turning it over on downs.

The Crusaders then stopped a McKinney Christian on fourth down, but gave it right back on a lost fumble.

Mitton went to the air this time, connecting with Rogers for a 29-yard TD pass. The second of many successful two-point conversion by the Mustangs made the score 16-0 with 11:42 to play in the first quarter.

Another drive by Gorman was halted on another turnover.

Mitton made it pay off immediately with 34-yard TD strike to Rogers for a 22-0 lead.

Gorman’s drive made it past midfield before it bogged down and the Crusaders were forced to give the ball back.

On McKinney Christian’s first play, a late hit by Gorman sparked a multi-player scuffle that caused referees to toss flags, hats and anything else they could to signal penalties. In the end, two players from both teams were send to their respective locker room early.

Gorman had a third player ejected for a separate incident in the third quarter.

The Mustangs used the 15-yard penalty from initial late hit which sparked the coming together to help get them in position for their fourth TD of the half and 30-0 halftime lead.

McKinney Christian got a 40-yard punt return touchdown from Ford Dossey and a 50-yard interception return for a score from Denzel Poulter to help the Mustangs put the fining touches on their 56-0 final.