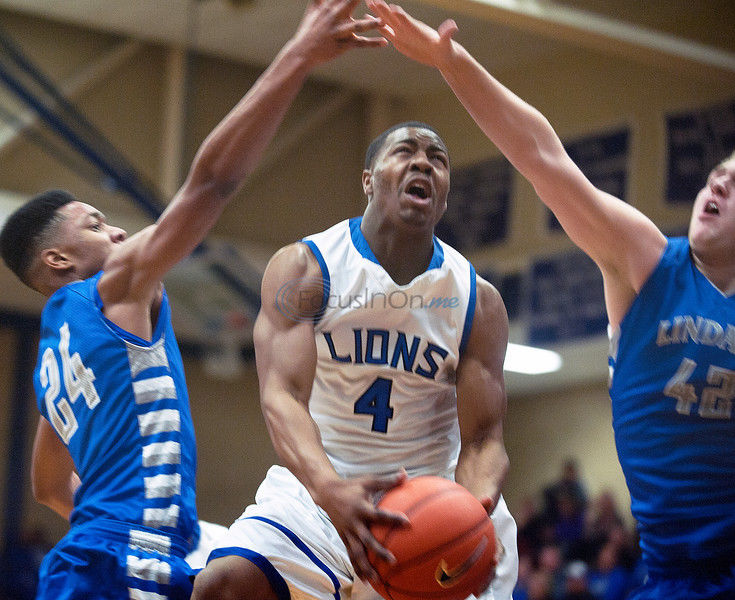 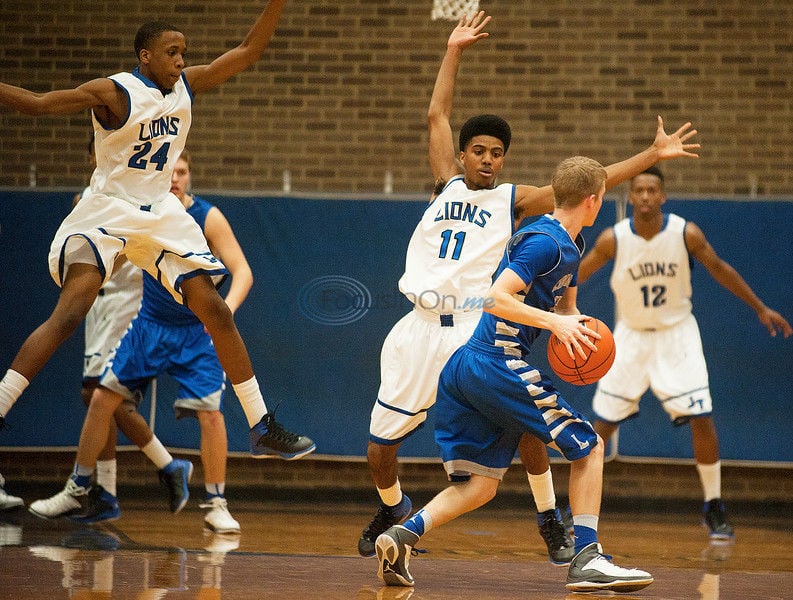 After the final whistle had blown and the handshake line completed, Lindale coach Scott Albritton ran over to the Lindale fans on the opposite end of the court, high-fiving students and hugging family.

This win meant a lot to the Eagles, and they played like it.

Lindale's defense held John Tyler to 24 points through three quarters and withstood a fourth-quarter rally to defeat the Lions 50-43 on Friday night at the Lions Den.

The Eagles (13-15, 3-6 District 16-4A) kept their playoff hopes alive with the win but will need another victory at home against Corsicana on Tuesday to have a shot at the postseason.

"I told them, after the game I don't want them to have any regrets over any possession that they had, that they left it all out here on the court because it's do or die from here on out," Albritton said.

The Lions (13-11, 5-4) missed a chance to clinch the No. 2 seed in the playoffs after Jacksonville's loss to Whitehouse on Friday. The Indians are tied with Corsicana at 4-5 while Lindale and Nacogdoches stand at 3-6 with one game to play.

"You've just got to give Lindale credit," JT coach Cedeno Clark said. "They played an excellent game and they ended up winning."

Jacob Capo led the Eagles with 14 points, adding seven rebounds and a block.

"We make sure that we're playing team ball," Albritton said. "Team ball is what we have to play."

Terry added 11 points, Court Brown scored seven of his 10 in the third quarter and Tavon Griffin had eight points and a game-high 10 rebounds off the bench for the Eagles.

Keaunte Humber, one of five Lions honored before the game on Senior Night, scored a game-high 15 to go with seven boards. No other JT player scored more than six.

Lindale closed the first quarter on a 10-4 run to take an early lead it would not relinquish. The Eagles stretched their lead to as many as 14 in the third quarter as they held the Lions to three points on 1-of-8 shooting.

"We were trying to keep them from driving and penetrating the lane," Albritton said.

John Tyler finished the game shooting 31 percent, including 24 percent through the first three quarters. The Lions connected on 1 of 14 from beyond the arc.

"I think we relied on the jump shot too much," Clark said.

John Tyler now goes into the regular-season finale needing a win in Jacksonville to claim the No. 2 seed, knowing a loss will create as much as a three-way tie for second.

"It's going to be tough," Clark said. "You've got to go on the road again and try to steal one."

NOTES: In other District 16-4A games on Friday, Whitehouse beat Jacksonville 58-55 to claim the league title and Corsicana outlasted Nacogdoches 79-72 in double overtime. … The Lions started all five of their seniors after they were honored on Senior Night. They were: Jordan Caldwell, Jaylon Stewart, Keaunte Humber, Kevron Jackson and Darren Farmer.