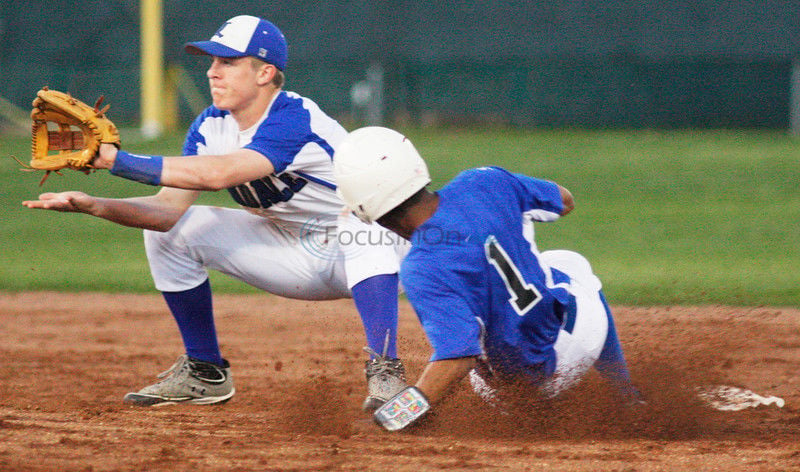 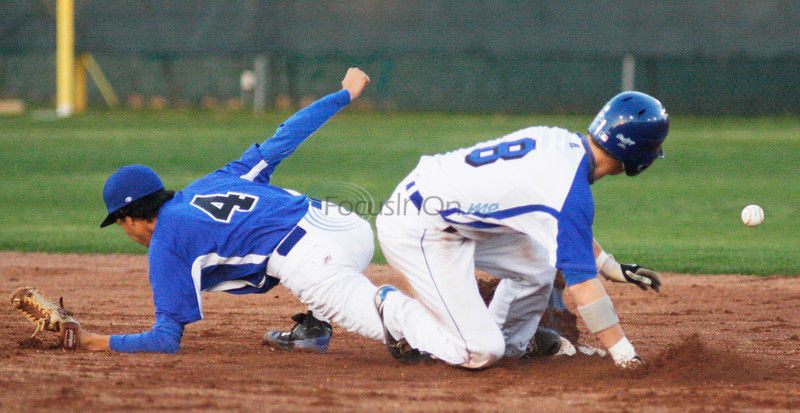 Lindale's Tate Coomer steals second, gets up and heads for third when the ball gets away fron John Tyler's Diego Martinez in the top of the second. (Herb Nygren Jr. | Tyler Morning Telegraph)

Lindale's Tate Coomer steals second, gets up and heads for third when the ball gets away fron John Tyler's Diego Martinez in the top of the second. (Herb Nygren Jr. | Tyler Morning Telegraph)

Lindale mixed timely hitting, clutch base running and spotty fielding from the home team to whip up a 12-2 win over John Tyler.

Jon French, Kyle Bond and Kris Bond drove in two runs each, paving the way to victory for Lindale in the District 16-4A baseball game Friday at Mike Carter Field.

The Eagles swiped six bases while the Lions finished with seven errors on the night. The Eagles earned a sweep over the Lions, following up an earlier 10-0 victory over JT.

Lindale scored twice from third on wild pitches, and twice from the same spot on errors as it batted around in a nine-run second. The Lions committed four errors alone in the second.

French hit a two-run triple and Kris Bond singled in two runs to highlight the second. Two errors on the same sequence led to another Lindale run and the Eagles padded their advantage by scoring twice on wild pitches.

Kyle Bond single in a run and later scored to increase Lindale’s cushion to 10 runs. JT failed to score in the fifth after putting runners on first and second base with one out, and Lindale ended the game on the mercy-run rule after Nash Walters struck out the final two batters.

Sam Sitton started on the mound for Lindale, allowing one hit and one run, and striking out three, in two innings. Cody Rozelle relieved Sitton in the third and yielded three hits and one run while also fanning three.

Nate Jacobs, who gave up nine runs in 1.1 innings of work, added a hit and stole a base, as did Diego Martinez. Others Lions with hits included Andre Crawford and Kendall Holmes.