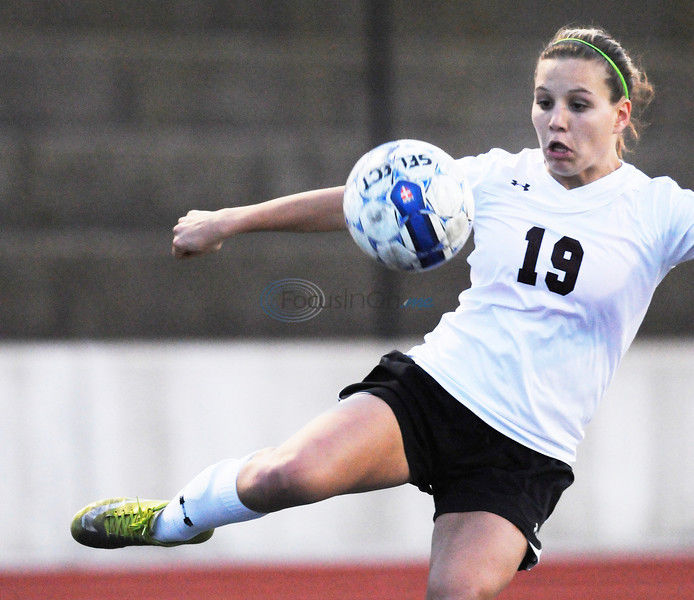 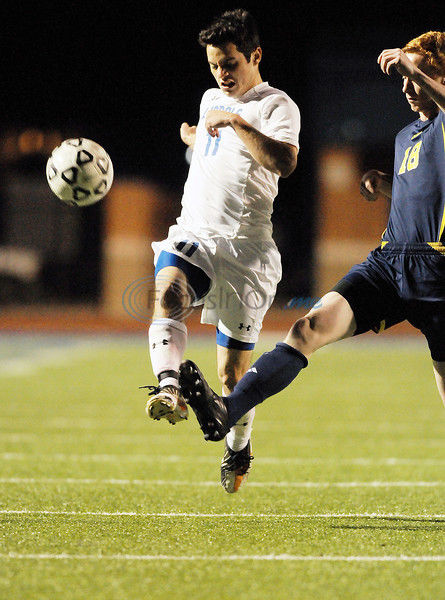 LINDALE — Whitehouse entered as the likely underdog. Then, however, the LadyCats removed their paws and clawed away.

The opponent simply had too much bite, though.

On a picture perfect spring evening, Whitehouse took the lead in the first half and appeared on the verge of a possible upset. But the opponent, Pine Tree, overcame that to score twice in the second half and prevail 2-1 in the Class 4A Region II sectional soccer playoffs Friday at Eagle Stadium.

The girls soccer matchup was the opener of a doubleheader that also featured the Lindale and Pine Tree boys, in which the hometown Eagles captured a 3-1 victory on penalty kicks after the game went two halves and two extra periods scoreless.

The Pine Tree (23-1-1) girls advance to meet Waxahachie, which eliminated Corsicana in sectional play, in the regional quarterfinals. Whitehouse completed the season with a 12-9-1 record.

Lindale (21-5-6) moves on to face either Dallas Samuell or North Dallas in the regional quarterfinals. The Pine Tree boys finished the season 17-8-3.

Pine Tree’s Ana Solis was in the right place at the right time on two occasions in the second half, which resulted in the junior scoring the tying and go-ahead goals.

On the first, she rebounded a deflected free kick by Amanda Wallin and slipped it past the keeper to tie the game at 1-1 in the 17th minute of the half. And on the second, a deflected cornerkick deflected off her and into the net for a 2-1 advantage in the 24th minute.

It was enough to send the Lady Pirates on their way to the next round.

Prior to all that, Whitehouse went ahead 1-0 in the first half when Becca Garcia blasted a shot past the keeper following a deflected free kick, which bounced right to her. The deflection came from the cross bars, which Brittany Matthews drilled from the left side of the field from about 20 yards out.

And other than Solis’ goals, Whitehouse defended the Lady Pirates passing lanes well all game and limited their chances to few.

That was evidenced by Whitehouse shutting out Pine Tree in the opening half, using its back line of defense to stop two major scoring threats. The second featured the Lady Pirates’ Wallin breaking free inside the box, only to be cleared out by the LadyCats’ Matthews.

Whitehouse finished the half with four shots on goal.

In a girls playoff game in Longview, Mabank defeated Texas High, 2-1, in overtime.

The teams went two halves and two extra periods scoreless, sending the game to penalty kicks four years after Lindale beat Pine Tree in the regional semifinals on a penalty kick with one minute left in the second OT.

Lindale’s Riley Alvey, who also plays goalkeeper, put the Eagles ahead 1-0 in the penalty kick session before Pine Tree’s Juan Paz evened things up on the Pirates’ second attempt.

In the second half of regulation, Lindale’s Jesse Emberley had the best opportunity on a breakaway inside the box in the 27th minute but he wasn’t able to get the ball past the keeper. Prior to that, Pine Tree had a series of opportunities leading up to the near-goal.

Lindale’s Behee was shoved down just outside the box on a breakaway with four minutes to go in the game and received an indirect kick, but kicked the ball high of the goal.