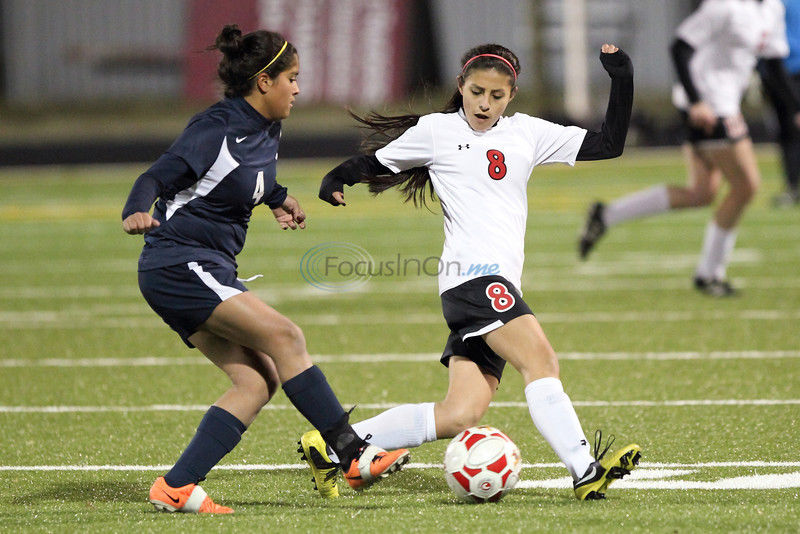 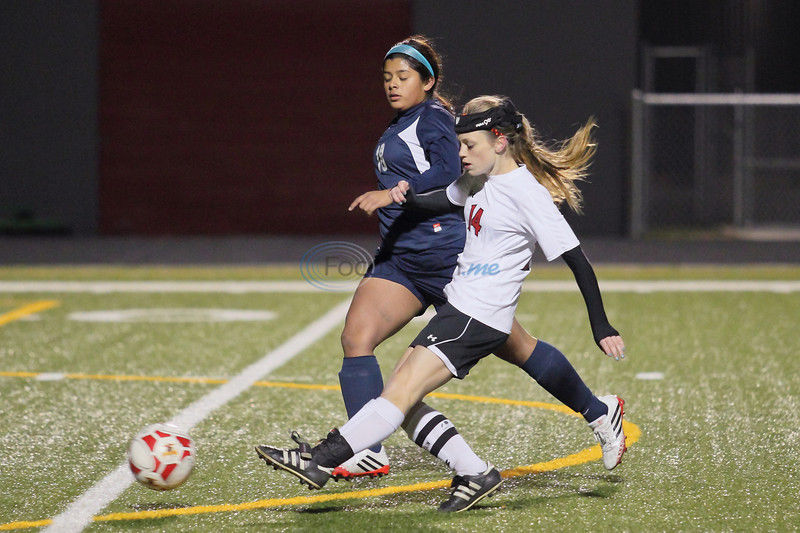 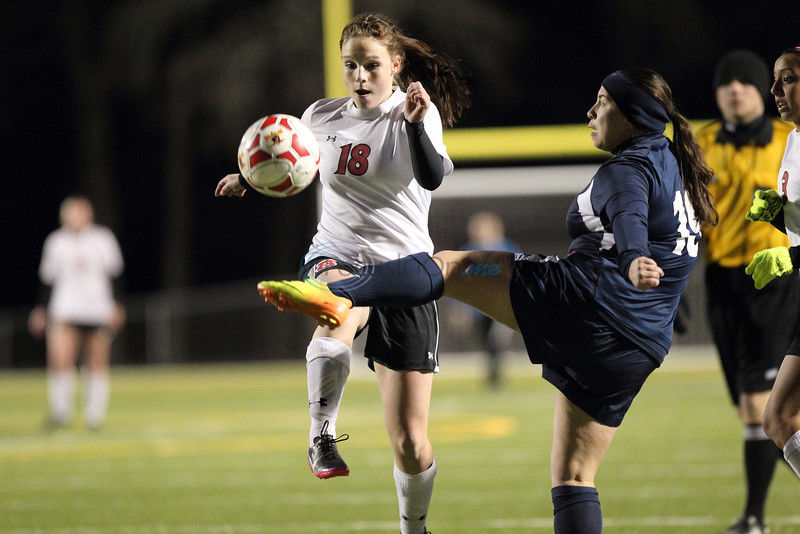 But the Lady Raiders did score the next three.

Goals by Ariel Howells, Alex Bice and Adrianna Perez secured a 3-1 win Wednesday for Lee over Pine Tree in its home opener. It is the second straight game between the two, with Lee winning 1-0 Saturday in a tournament game.

The Lady Raiders completed pre-district play with a 5-3-3 record before starting District 12-5A play on Friday at Rockwall-Heath.

Lee spurned chances in the first half, but erupted in the second half, not allowing Pine Tree any shot that troubled keeper Alyson Johnson while the Lady Raiders kept the ball in the Lady Pirates end of the field.

"It's all about momentum. They were doing well with their shape (in the second half) and as soon as we broke that, it was like opening a bottle of Coke. You want (another sip)."

The Lady Raiders outshot Pine Tree 15-3 overall in the game.

Pine Tree coach Daniel Rich said his team was able to get the lead and should've been more aggressive after that.

"Credit to Lee because they were pounding (the net) the whole game and outshot us something like a million to 1," Rich said. "We scored and were just trying to hold onto the lead instead of going for more. I told them at halftime we couldn't do that because (Lee) was going to find the net and they did."

Pine Tree took the initiative thanks to Gonzalez getting behind Lee's back line, and with only the keeper to beat, connected on a perfect swerving shot into the right corner.

Lee pressured Pine Tree in the second half, but the only save Camp had to make was on a long-range shot from Mallory Curtis.

All of that changed once Howells moved to the center of midfield. Normally a central defender, Howells received a pass from Priscilla Rincon. Pine Tree allowed Howells to take a touch and square herself for a shot and the senior took advantage, smacking a low shot that went in off the inside of the right post.

The game was tied 1-1 with 25 minutes remaining and the only reason it stayed that was Camp.

But even she could not prevent Bice from putting REL in front. With seven minutes remaining, Perez fed the ball to Bice, who got behind the defense and hammered a shot at Camp. The Pine Tree keeper made the save, but the rebound ricocheted off Bice, who had kept running and both she and the ball ended up in the net.

The third goal was arguably the best of the bunch with Perez receiving a pass from Curtis near the top of the box and striking a shot so perfect that all Camp could do was watch it curl into the top right corner.

The Lady Raiders were swept by Rockwall-Heath last year. Despite having a young team, Woodard feels his players are ready for the district slate.

"Hopefully we will get a couple players back healthy and start off strong," Woodard said.